🎾 MATCH PREVIEW: at Illinois and Northwestern

LAWRENCE, Kan. – Kansas (4-4) goes on the road for a pair matches this weekend against Illinois and Northwestern.

Early in the week, Kansas secured a 6-1 win in a top-50 clash with the 33rd-ranked Tulsa at the Jayhawk Tennis Center in Lawrence. Before the battle, Tulsa had jumped the national polls from No. 36 to No. 33; while the Jayhawks, previously No. 42, dropped to No. 50.

KU claimed the doubles point early after posting wins from two of the three doubles teams. The No. 46 ranked freshman Luniuska Delgado and sophomore Malkia Ngounoue won in five sets, while freshman Roxana Manu and sophomore Sonia Smagina, ranked No. 32 in the nation, won in six. In singles action, Kansas took home five out of six matches in its fourth victory of the season. 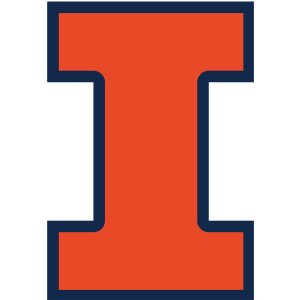 Illinois enters the weekend with a 4-7 ledger after taking on Oregon and then ranked No. 20 Washington this past weekend. The Illini downed the Ducks, 4-2, before dropping match, 4-1, to the Huskies. Illinois has a 3-1 record when playing at home.

Northwestern enters the weekend with a 4-4 record and 1-3 home mark. The Wildcats have won three of the last four of their matches. On Feb 23, the Wildcats upset the 18th-ranked Baylor Bears, 4-3, on the road.