LAWRENCE, Kan. – The Kansas Jayhawks cruised to a win over the Pittsburg State Gorillas, 102-42, in their second and final exhibition of the season inside of Allen Fieldhouse on Thursday, with three players in double figures, including a game high 19 points from Kansas sophomore Ochai Agbaji.

Kansas jumped out to an early 10-2 lead in the first three minutes and never looked back. McCormack got the scoring started early for the Jayhawks, with six of the first 10 points of the game coming from McCormack in the paint.

The Jayhawks would extend their run through the 13:30 mark of the first half, as the Jayhawks outscored Pittsburg State 24-4.

With just 41 seconds remaining in the first half, Kansas gained their largest lead of the half at 27 when Kansas Agbaji connected on his fourth 3-pointer of the game, where he was a perfect 4-for-4 from beyond the arc and 6-of-6 from the field in the half. Kansas led Pittsburg State through the first half, 49-22.

In the second half, Kansas continued to stretch its lead, as the Jayhawks opened the half with a 13-0 run, including seven points that came from McCormack. Kansas’ lead extended to 62-22 at the 14:59 mark of the second half.

Kansas’ largest lead came on the final basket of the game, when freshman Michael Jankovich connected on a 3-pointer, to give KU the 102-42 lead.

😱 Tristan Enaruna with the fast-break slam!

Agbaji, McCormack, and Dotson all have hit double-digits for the Jayhawks. @youngoch leads the way with 19 and is 7-8 from the field 🔥 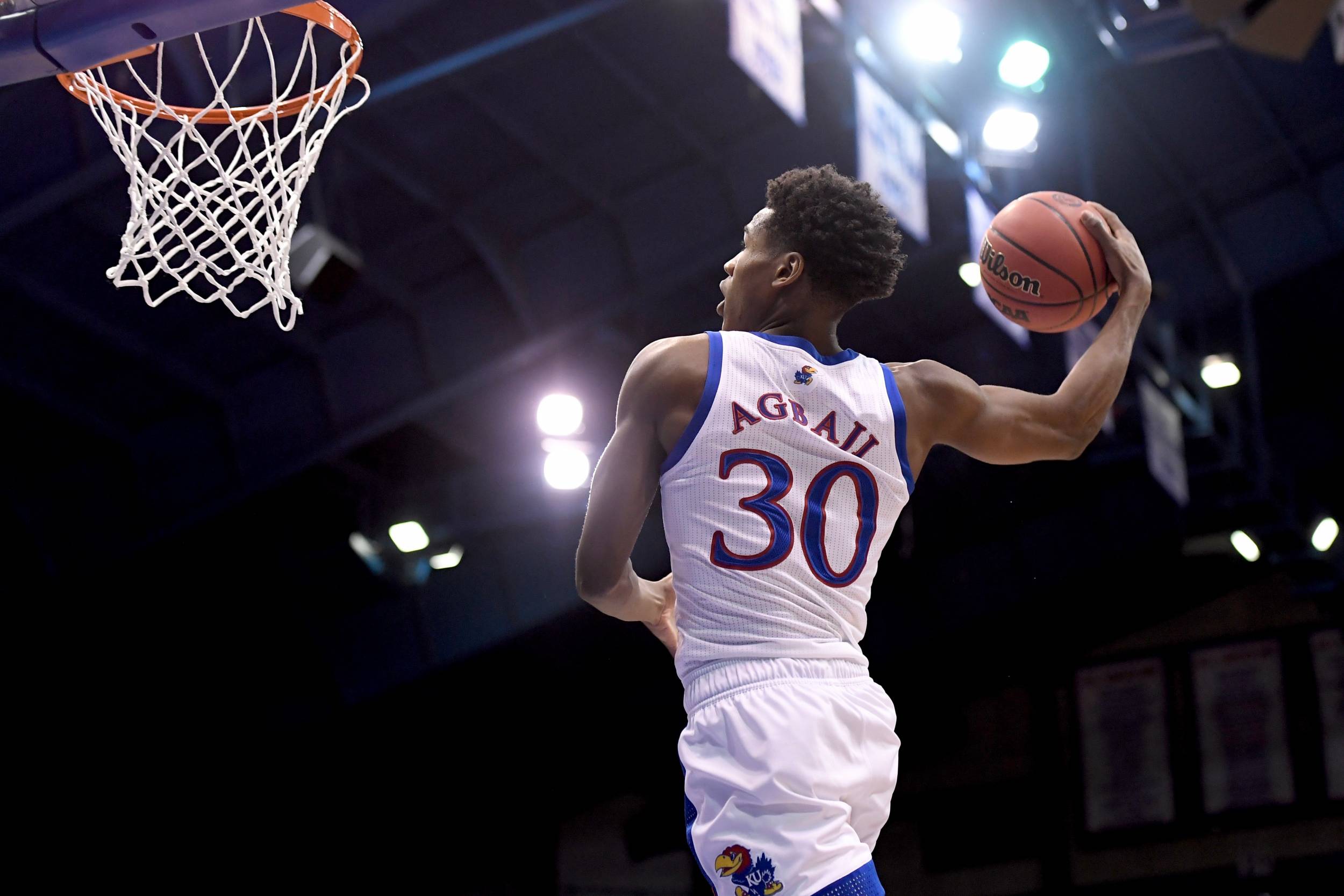 Silvio DeSousa out of nowhere makes it a 20-point Jayhawk lead!💪 💪

Taking the court to start us off vs. Pitt State ⤵ pic.twitter.com/Y3qR66lneR