🏈 KU Pro Day: By the Numbers

LAWRENCE, Kan. — The Kansas Jayhawks held their annual Pro Day inside the Indoor Practice Facility in Lawrence, Kansas on Thursday, holding workouts for 18 players with 30 representatives from 28 organizations in attendance.

The participants competed in a series of drills and on-field workouts, including the 40 yard dash, L-Cone, broad jump, vertical jump and bench press, among others.

Here’s some facts and figures from the 2020 Kansas Football Pro Day: 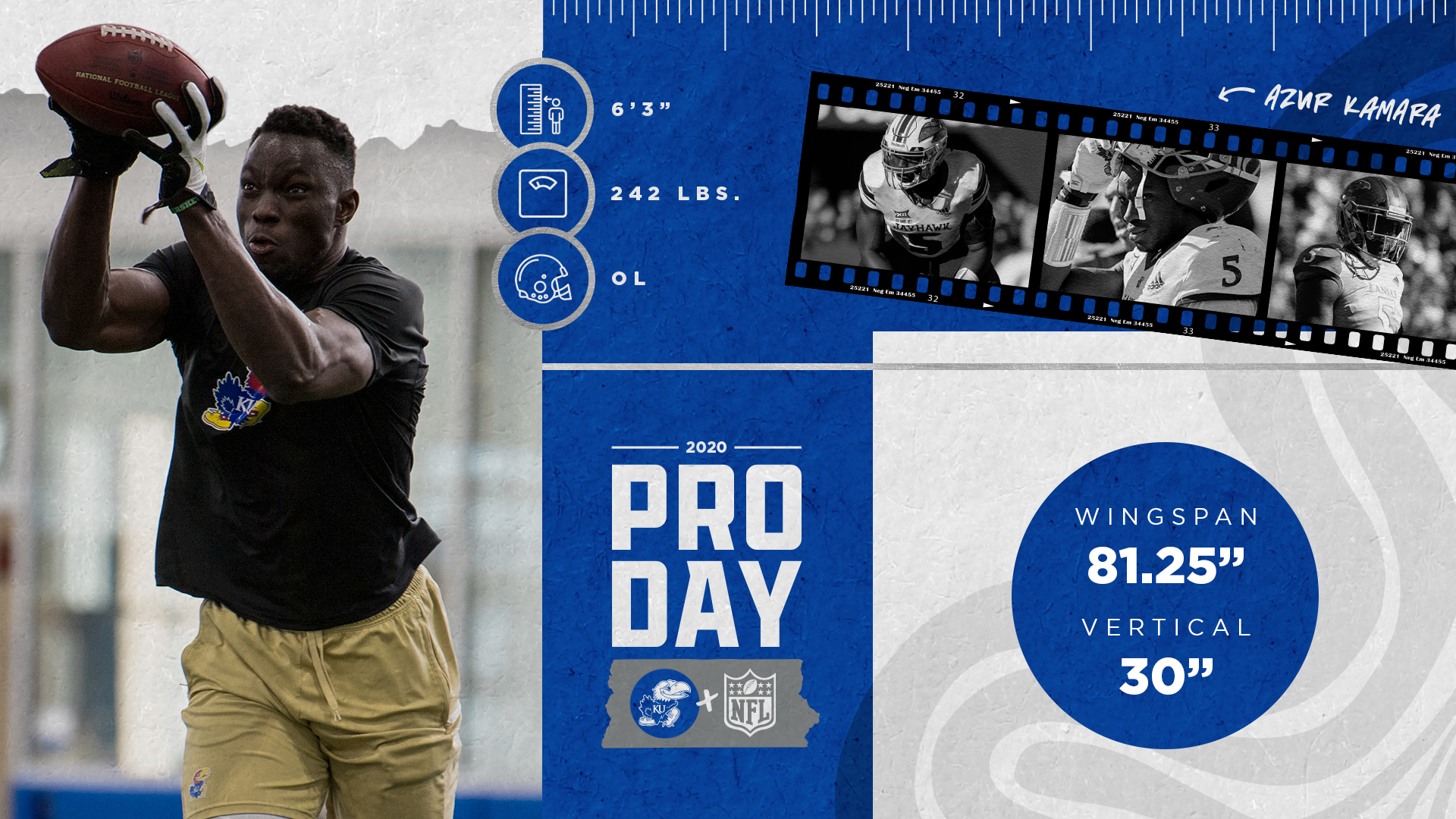 After performing at the 2020 NFL Combine in Indianapolis, Azur Kamara was looking to further bolster his draft stock at the 2020 KU Football Pro Day. Kamara did just that by leaping 30″ in the vertical leap, while measuring up with a 81.25″ wingspan. At the NFL Combine, Kamara measured with the longest arms among any linebackers the combine.

Cornerback Hasan Defense showed athleticism on the field for the Jayhawks, and it translated over on Pro Day. Defense jumped tied for the longest broad jump among Jayhawks at Pro Day, leaping 10’4″, while also registering strong performances in the 10.5.10 drill, vertical jump, and 40-yard dash. 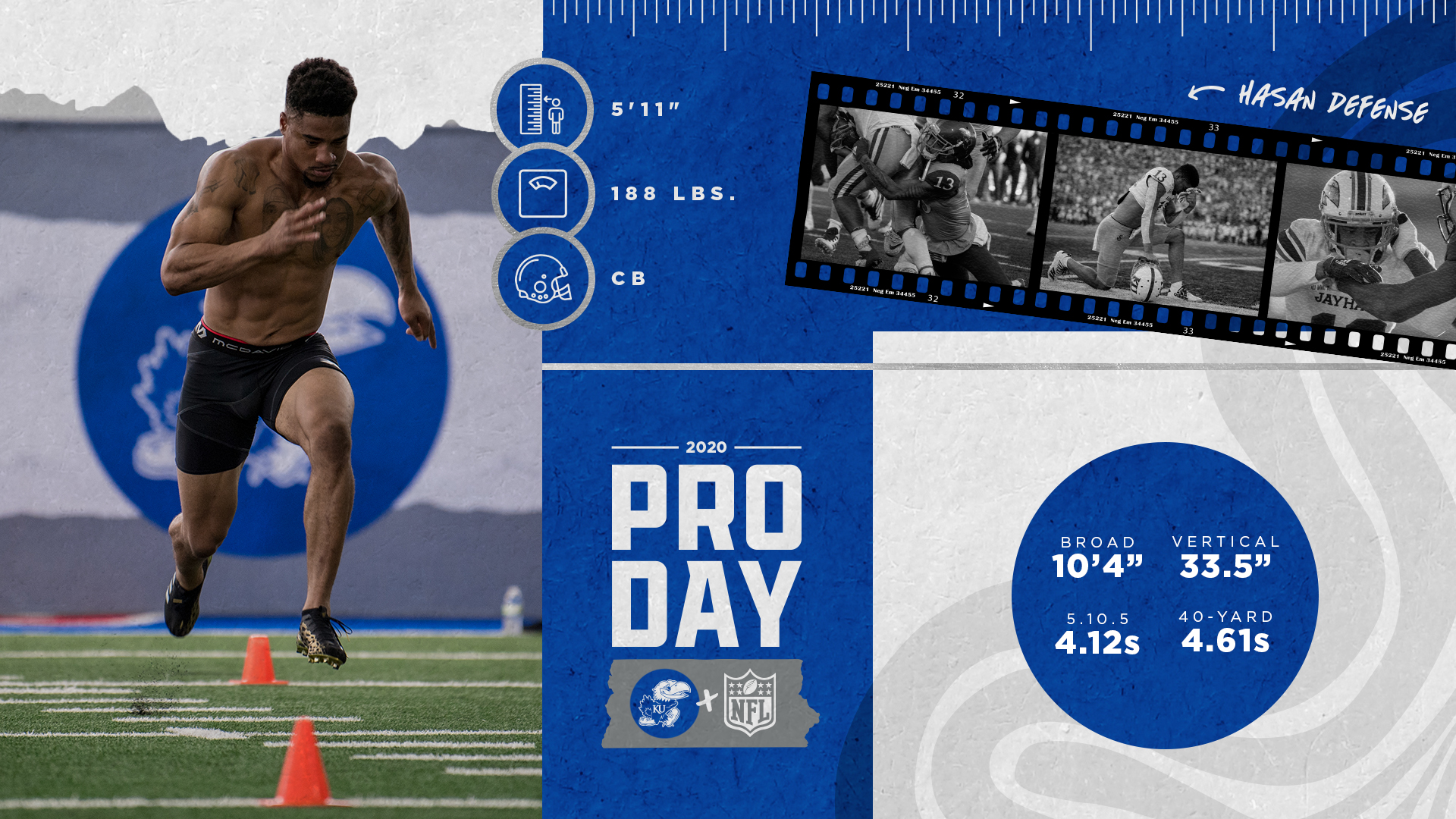 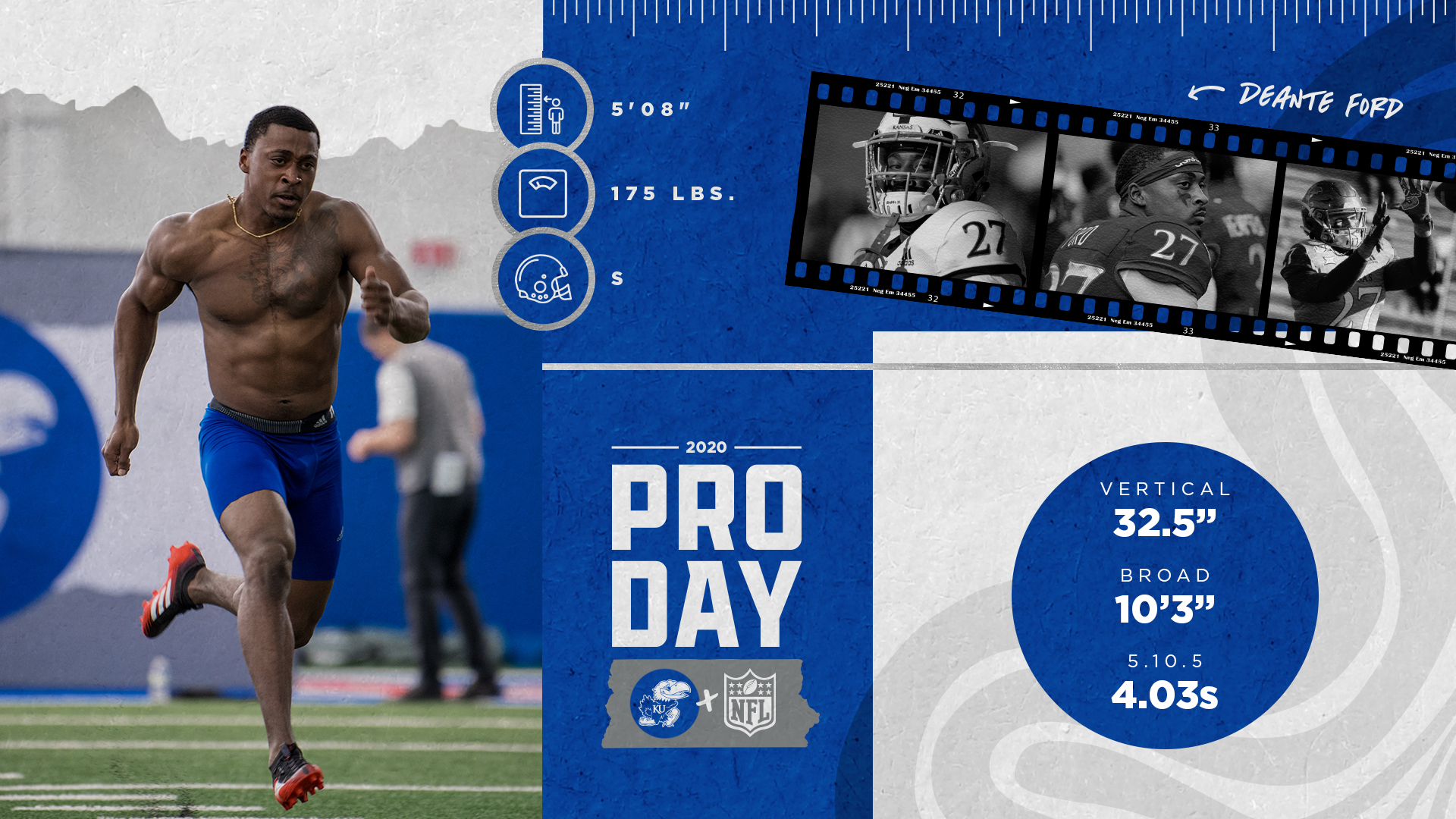 Safety DeAnte Ford showed off his speed in the on-field drills at the KU Pro Day, registering the fastest time in the 5.10.5 drill at 4.03. Ford also showed impressive numbers in the vertical jump (32.5) and broad jump (10’3″).

Jayhawk Bryce Torneden put up impressive numbers in both the vertical jump (35″) and the 40-yard dash (4.57), both of which were the best performances of the day in each drill. Torneden also tied for the second-best mark in the broad jump, leaping 10’3″, in what was an impressive performance for Torneden. 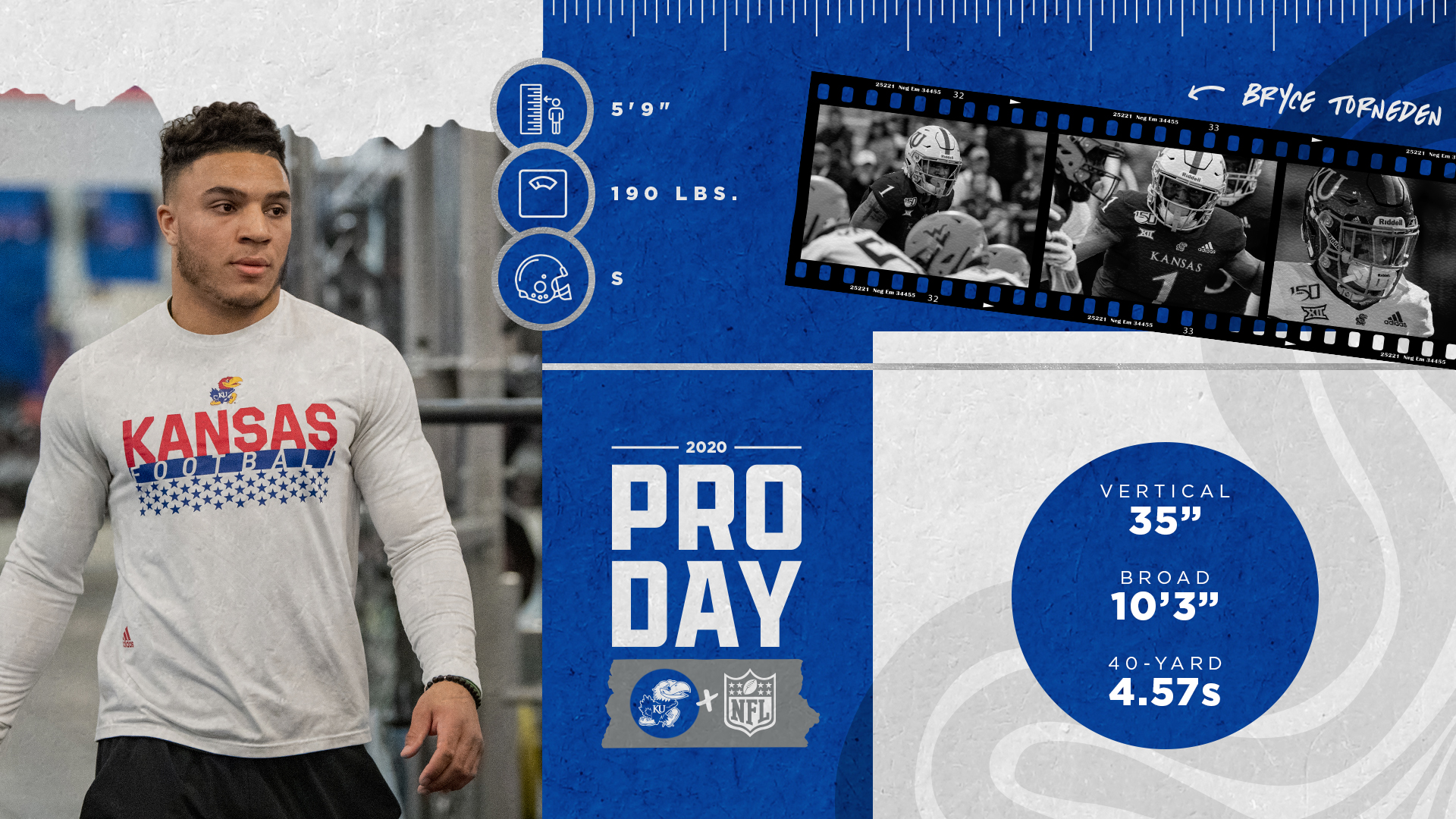 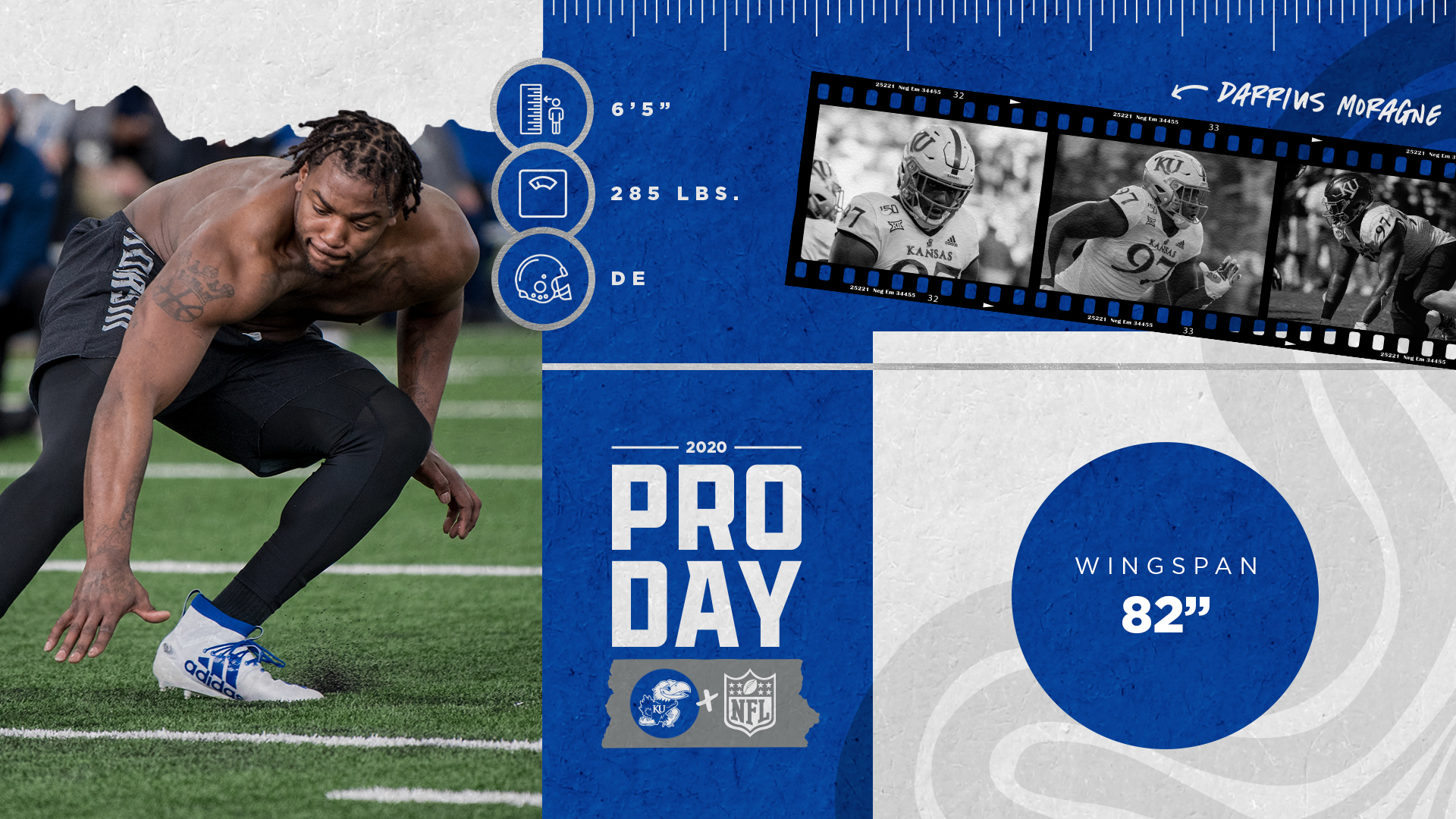 Jayhawk Najee Stevens-McKenzie used his strength and speed at the KU Football Pro Day on Saturday, tying for the longest jump in the broad jump at 10’4″, while also clocking a 4.60 40-yard dash. Stevens-McKenzie’s 40-time was the third-fastest among participants at the Pro Day. 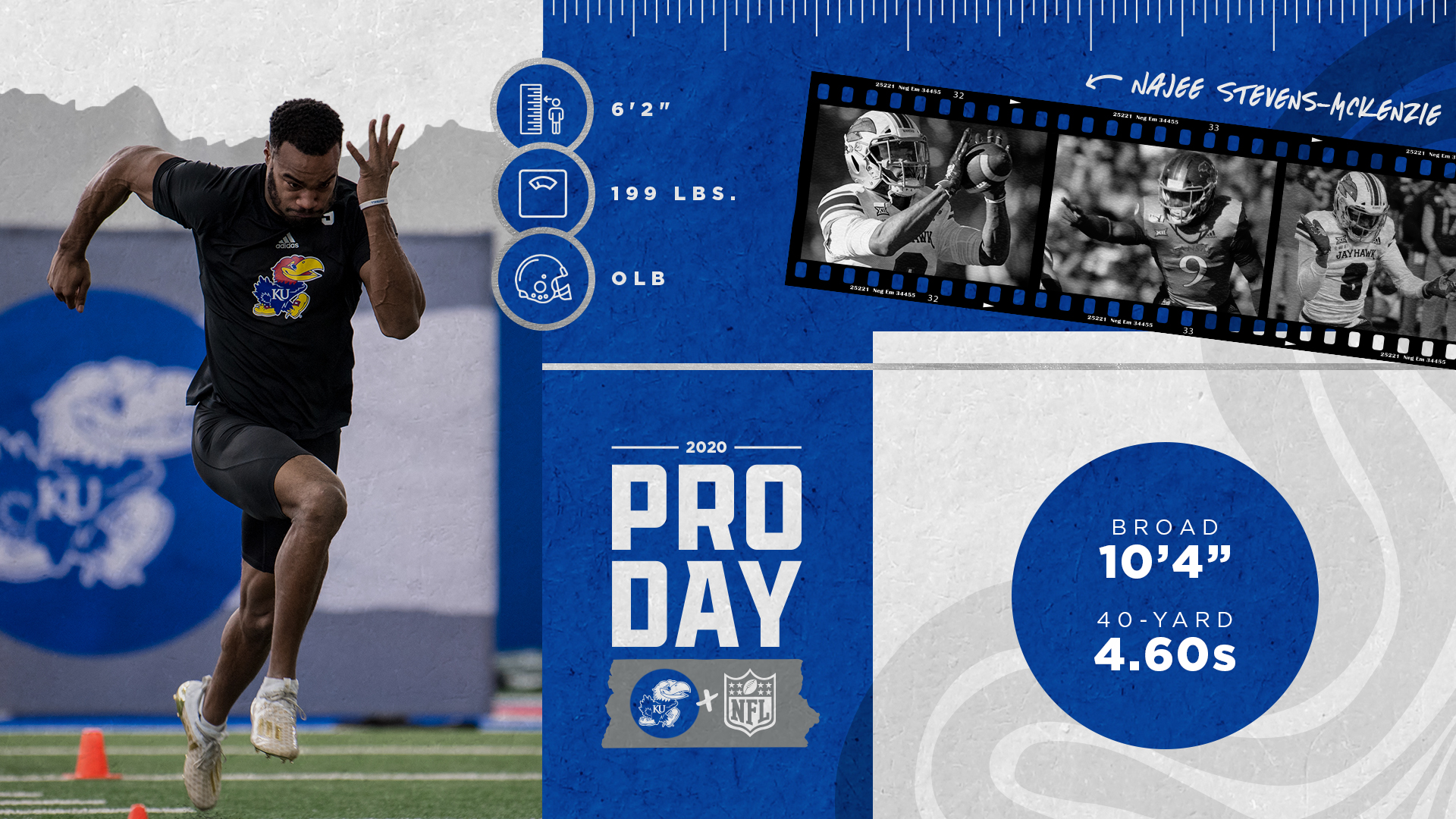 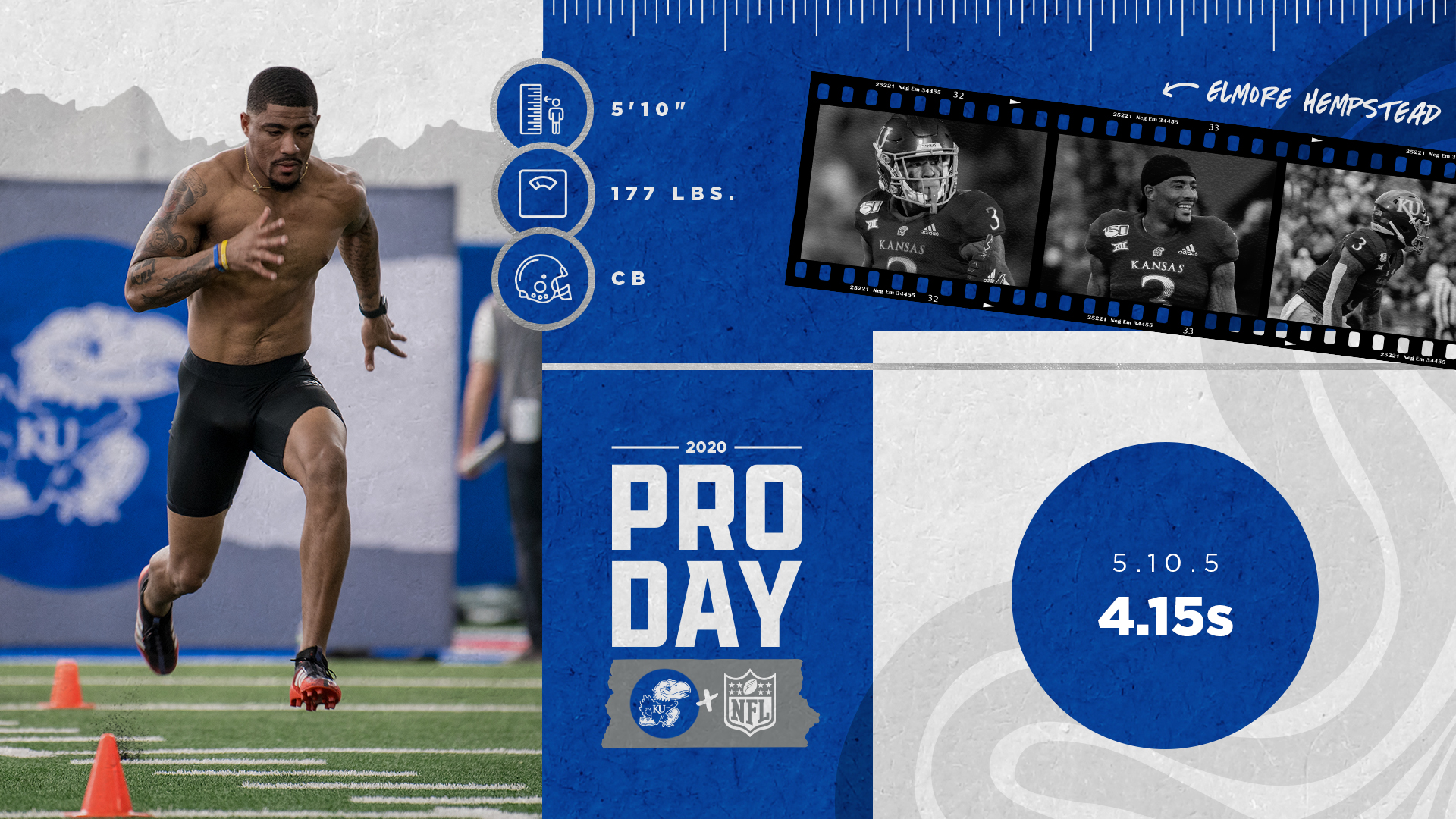