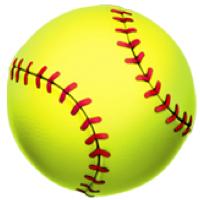 LAWRENCE, Kan. – The Premier Girls Fastpitch announced the 2021 PGF High School All American Regional Watch List for the West vs. East All-American Game taking place on July 31, 2021. All five 2021-22 signees for KU have been named to their respectable regional watchlist.

To be eligible to be nominated, a player must be in their senior year of high school, academically eligible and in good standing with their schools. A player can be nominated by their high school coaches, travel ball coaches or a member of the PGF Selection Committee. The National Selection Committee will announce a completed watch list on April 11 before the Regional Senior All-American Teams, each consisting of 20 players, are announced on May 6.

By May 18, the two PGF High School All-American Teams will be selected. Each team will consist of three pitchers, three catchers, 12 position players and two alternates. The two teams will be officially announced during the Women’s College World Series.