LAWRENCE, Kan. – The 2019-20 Kansas track & field season was cut short surrounding the outbreak of COVID-19, but there was no stopping the Jayhawks from a memorable season that saw school records broken, Big 12 and national honors, lifetime best performances and success in the classroom.

"I thought there were good performances this season. Unfortunately, I wanted Big 12's to go better, for both teams, but it seems like there was a period we were stricken with injuries. We did have our best people step up. The one thing that we learned and will focus on is the good, and correct what we have to correct and I think we were taking steps in the right direction." 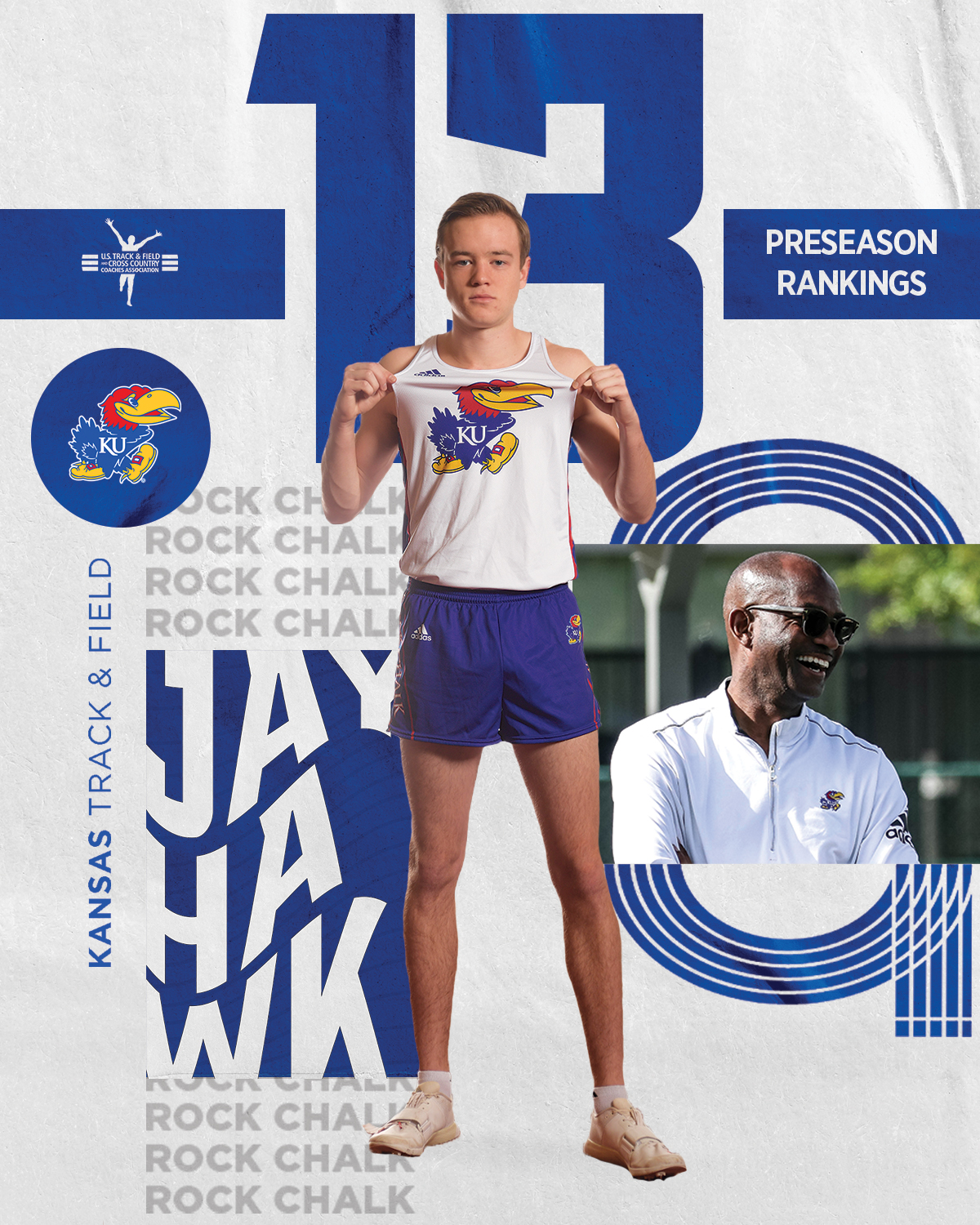 Jayhawks Open Season at No. 13

The Kansas men’s team opened the 2020 indoor season ranked No. 13 in the U.S. Track and Field and Cross Country Coaches Association (USTFCCCA) Ratings Index, marking their best ranking of the season. The Jayhawks would rank in the top-25 of every week during the 2020 season, extending their streak to 18-consecutive weeks ranked in the top-25. 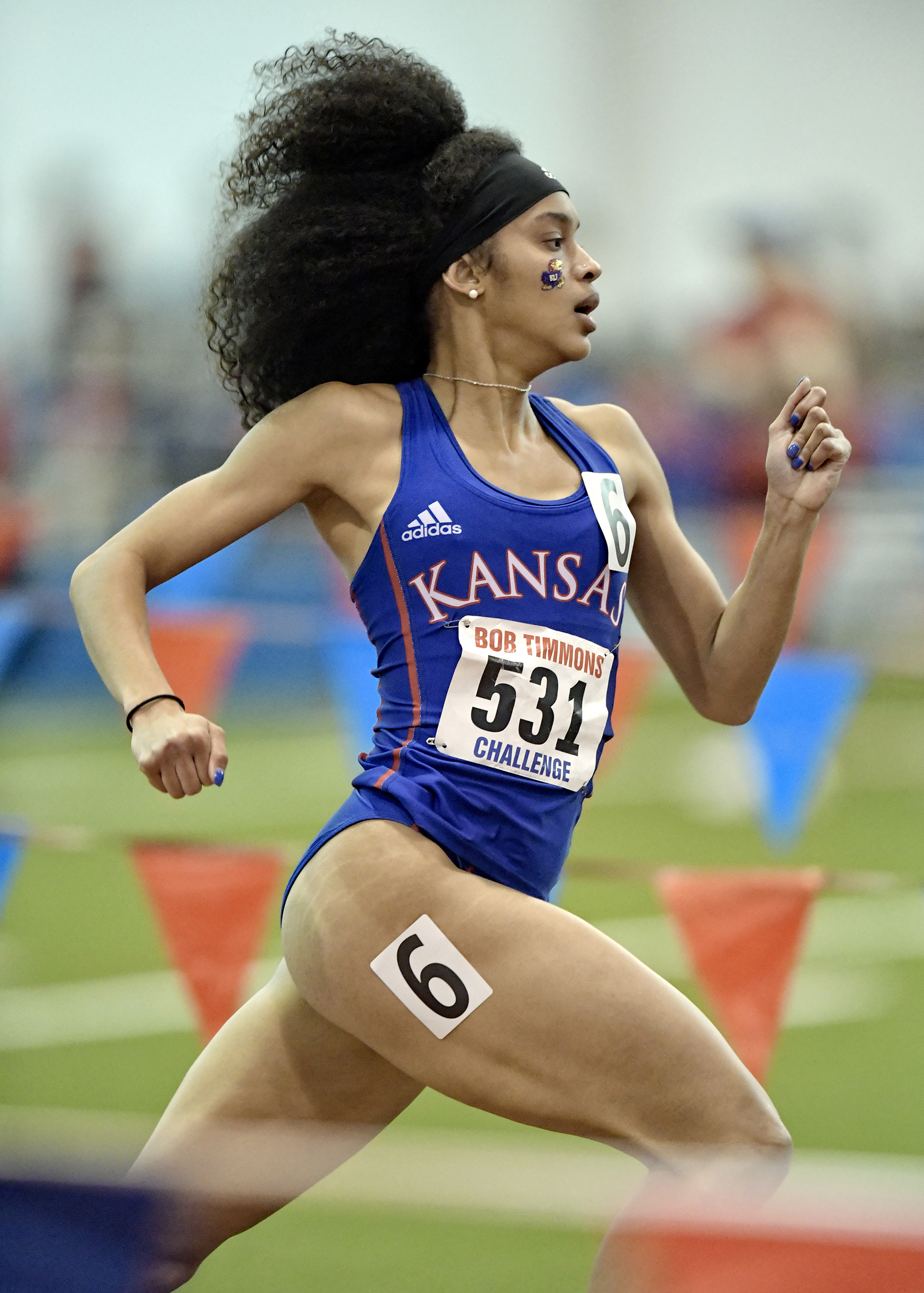 Kansas opened its indoor season at the Bob Timmons Challenge on December 6, marking the final meet of the 2019 calendar year. The Jayhawks began the year with event victories in eight events, while a number of athletes made their KU debut.

“I am excited about where we are. I thought that we had some good efforts and some great performances,” Head Coach Stanley Redwine said following the meet. “It gives me the opportunity to look at what went well and what we need to improve on so we can perform at our best by the end of the season.”

The Jayhawks spread cheer around the holidays, volunteering at local stores by ringing bells for the Salvation Army. This group of Jayhawks took it to another level by orchestrating a performance for the shoppers.

2020 started with a bang, thanks to Dudarev, who threw the No. 14 mark in NCAA history in the men’s weight throw at the Jayhawk Classic. Dudarev unloaded a throw of 24.38m (80-00 ft.), marking the furthest throw since 2015, making him the No. 5 performer in NCAA history and new Anschutz Pavilion and KU school record holder in the event. Dudarev’s progression at the Jayhawk Classic included four of the top-seven marks of the season, all of which were held by Dudarev. 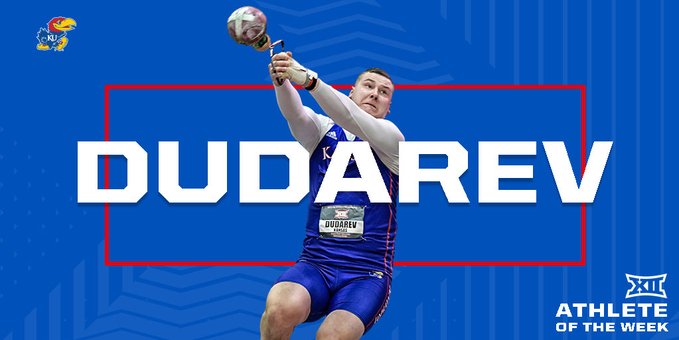 Zach Bradford Breaks School Record Not Once … Not Twice … But Three Times!

Six days later down in Fayetteville, Arkansas, Bradford would break his own school record twice at the Tyson Invitational. Bradford initially cleared 5.75m (18-10.25 ft.) to break the record, before moving up to 5.80m (19-0.25 ft.) to top the record once again.

Bradford would go on to clear 5.77m (18-11 ft.) at the Big 12 Indoor Championship to tie the Big 12 Championship meet record, while putting together the top five jumps in KU indoor history. Bradford also became the No. 9 performer in NCAA indoor history with his clearance of 5.80m (19-0.25 ft.) at the Tyson Invitational, while he joins a trio of pole vaulters (Chris Nilsen – South Dakota, KC Lightfoot – Baylor) to be the first trio in NCAA history to all clear 5.80m (19-0.25 ft.) in the same season.

Dudarev claimed an early advantage with his second throw of the competition by reaching 22.43m (73-7.25 ft.), which he would improve upon with his fifth and sixth throws. On his final throw of the evening, with the championship already secured, Dudarev upped his performance with a mark of 23.23m (76-2.75 ft.).

The championship tied Dudarev with Nick Miller (Oklahoma State) and Egor Agafonov (Kansas) for the most weight throw titles (3) in Big 12 Indoor history. In addition, Dudarev’s title secured Kansas’ third in the last four years in the event, and eighth in Big 12 history, more than any other team in the conference. 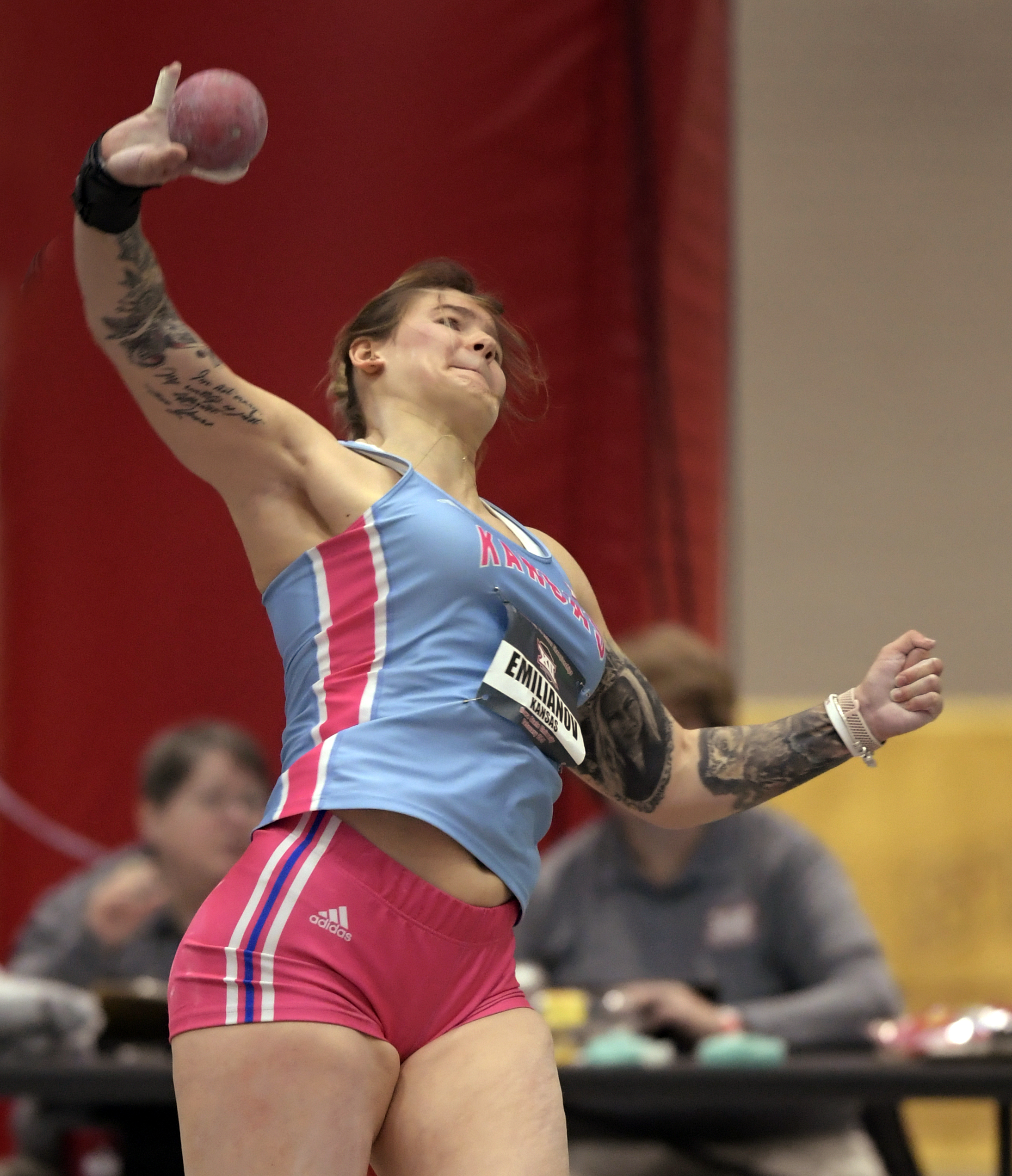 Kansas traveled to Ames, Iowa, to compete against their conference foes at the Big 12 Indoor Championship, where several Jayhawks turned in strong performances.

After ranking in the top-16 of their respective individual events and top-12 for relays, the Jayhawks qualified seven individuals to the NCAA Indoor Championships in Albuquerque, New Mexico, that was later canceled due to COVID-19.

The Jayhawks were represented in three events, including the women’s 4×400 meter relay (Chloe Akin-Otiko (alt.), Jedah Caldwell, Zantori Dickerson, Honour Finley and Mariah Kuykendoll), men’s pole vault (Bradford) and the men’s weight throw (Dudarev). Among the KU qualifiers, five were making return trips to the NCAA Indoor Championships, while Akin-Otiko and Caldwell were set to make their debuts.

"I think this is a great time for us to evaluate where we are and what we need. As the athletes prepare for their next season, they're going in hungry and they're going in with a purpose. In saying that there's good in everything, our team placing wasn't great, but I think the athletes are hungry now and will take this time as a period of healing and getting better both athletically and academically."