"In my 25-plus years at the division one level, it is the finest recruiting class that I have been apart. I want to congratulate Ritchie (Price) our recruiting coordinator, coach (Ryan) Graves, coach (Scott) Hood, and our director of operations Wally (Marciel) on the amount of effort and work that it took to accomplish that feat. One of the great things that took place was two years when they changed the recruiting calendar to allow schools to pay for kids to make visits their junior year of high school. It set the table for that class to be assembled, and it didn’t happen in three months or six months. It has been a long two-year process to see it come full cycle to see the kids signing the paper this week. We couldn’t be more pleased. We have to survive the MLB draft next June, which is the next step in the process. If that class shows up, it has a chance to be the finest group of players in one signing class to ever play at Kansas. " 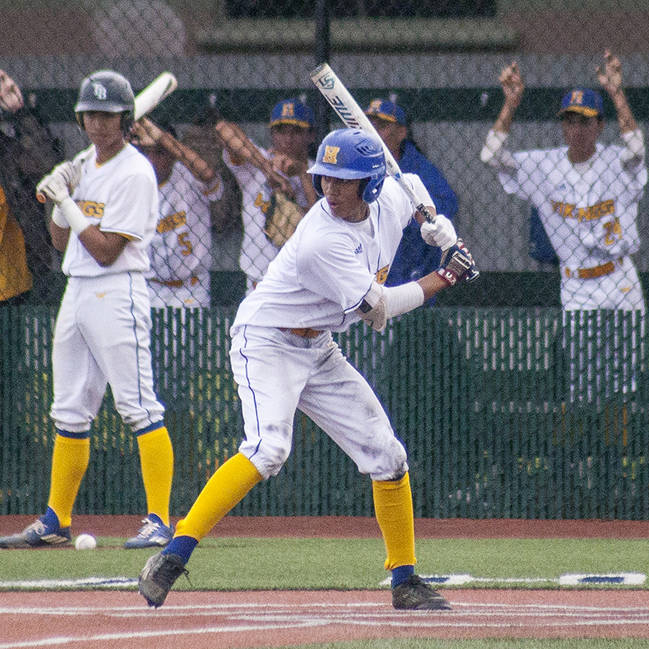 "Maui is a very talented infielder with an advanced ability to play through the baseball defensively with great instincts. He made the Brewers scout team for the Area Code Games which is always the toughest team to make given the number of high-end draft prospect each year in Southern California. Maui also has good bat speed from the left side. When he arrives on campus and takes advantage of our strength and nutrition staff, the added strength should allow him to develop into a high draft pick in three years." 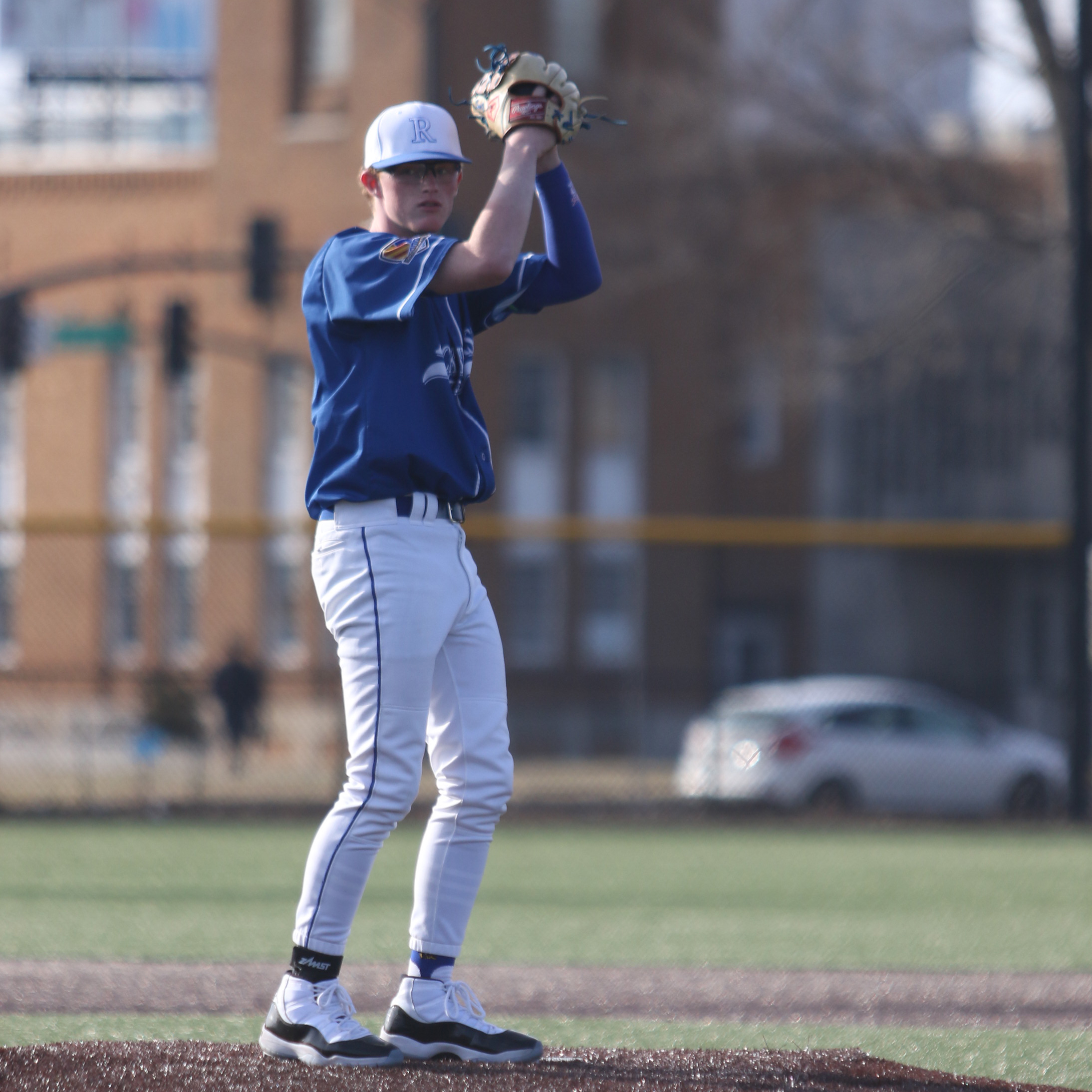 "Sam is a very intelligent left-handed pitcher that also plays for Jim DeGraw at Rockhurst High School. Sam has an advanced feel for his delivery, and has a natural ability to disrupt a hitter’s timing. He commands multiple pitches and works both sides of the plate well. Sam also spent time on the Royals Scout Team. Sam’s pitchability is his strength, and he is only going to continue to get better and better. We have had success developing left-handed pitchers at KU, and Sam is going to do big things for the Jayhawks and beyond." 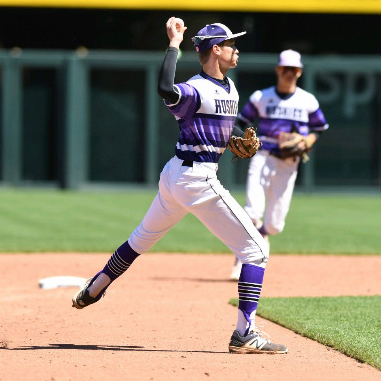 "Ryan has a pretty left-handed swing that is fun to watch. He has good rhythm at the plate and is always on balance using the whole field. Ryan is a good athlete as evident by the fact he played defensive back for his high school football team. He has a really good first step defensively and takes good routes to the ball. Ryan has a chance to hit for a high average as he continues to get bigger and stronger.”" 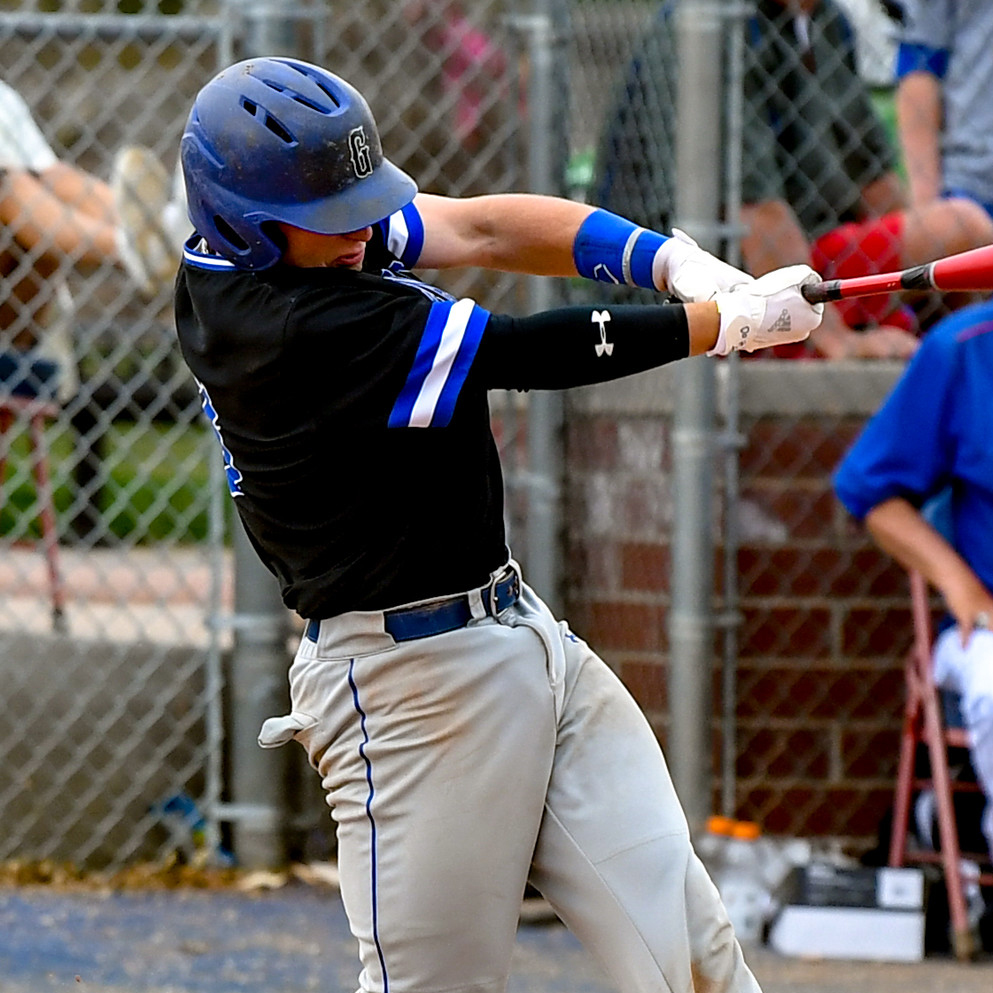 "Tony is an athletic catcher with a strong arm who can also play the infield. His 26 stolen bases in high school show the type of athleticism and versatility he possesses. He played in the Area Code Games for the Reds Scout Team and played at a really high level in Long Beach. He has a good approach at the plate and uses the whole field. Tony plays with a high level of energy and passion, and is someone who will be a great presence in the locker room and a leader on-and-off the field." 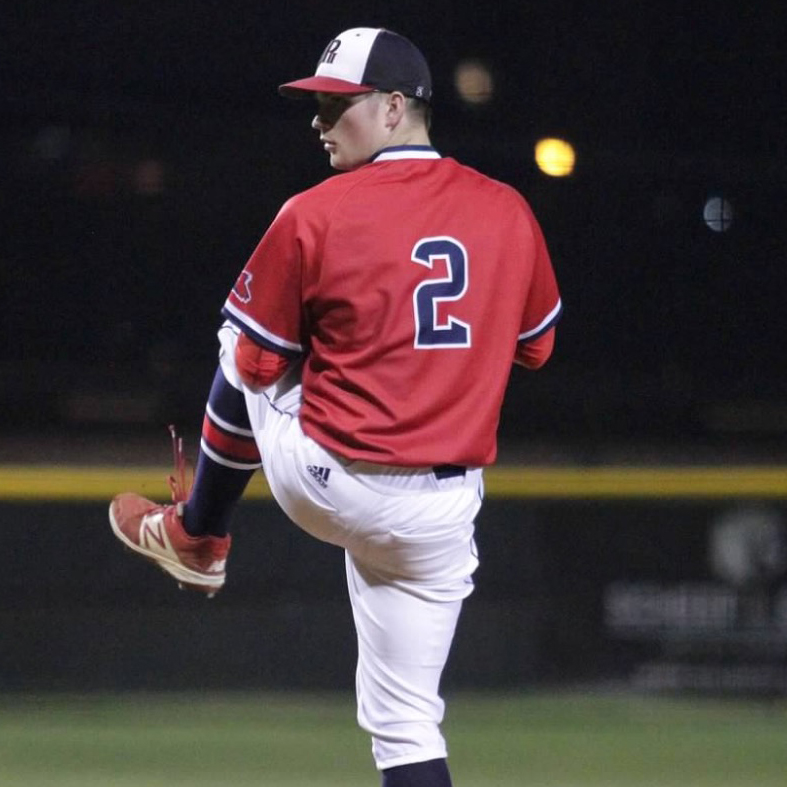 "Carson is right-handed pitcher that plays for Kyle Hay at John Paul II HS. Carson has an athletic delivery with a quick arm. He has the ability to spin the breaking ball very effectively, and also commands a good fastball on both sides of the plate. Carson is a competitor, and will want the ball in big spots and big games. He is going to attack hitters with a good mix and will have the opportunity to earn significant innings early in his career." 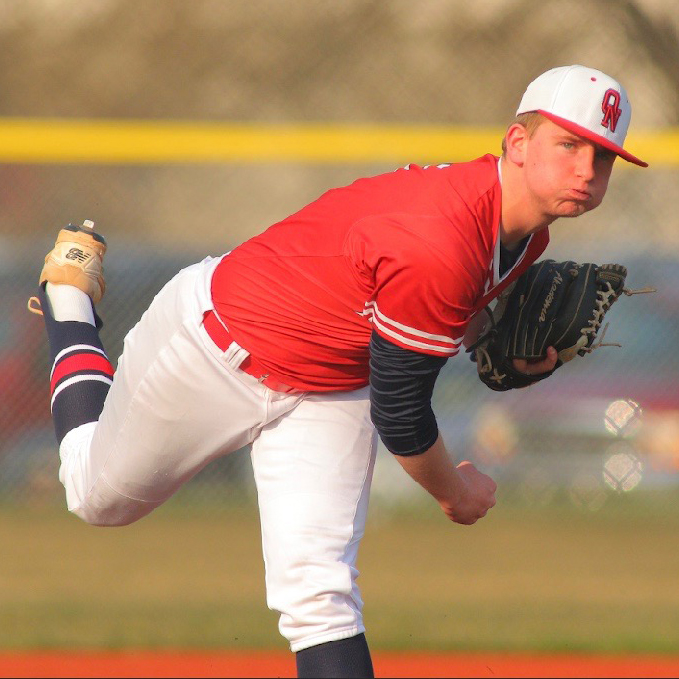 "Jacob is a strong right-handed pitcher from Olathe North High School. He was blessed with arm strength, and we believe he has some room for growth. Jacob has a natural rhythm to his delivery that he is able to repeat consistently. He had a set back with an injury as a sophomore in high school, but has recovered very well. Jacob is very good competitor with a feel for three pitches, and he has a chance to help us on the mound early in his career. Jacob has been lucky to learn from some very good baseball minds throughout his high school career, including his high school coach, Kris Didion. I am looking forward to getting Jacob on campus next August so we can get to work." 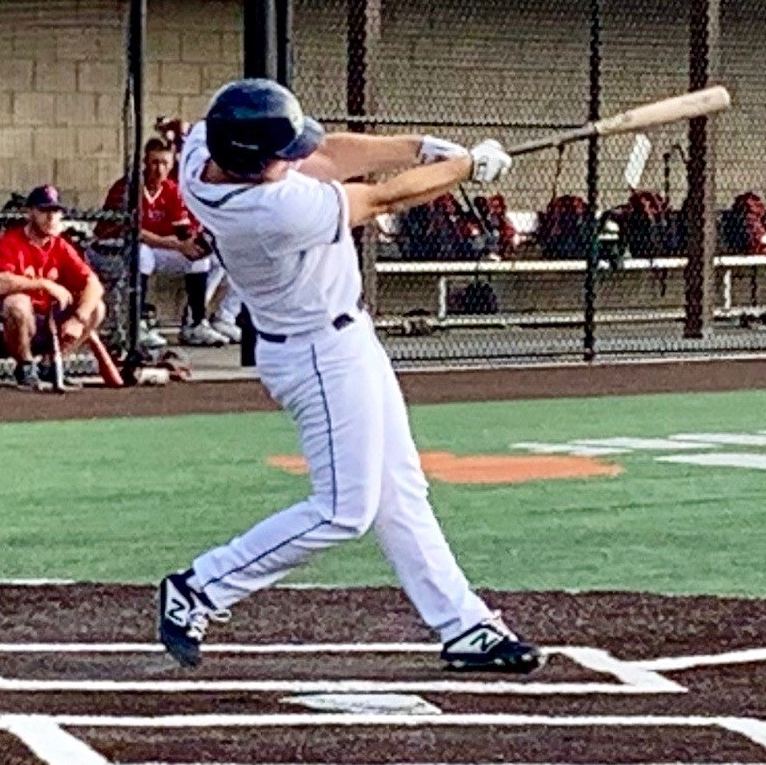 "Jake had an outstanding junior year both in high school and over the summer, his stats speak for themselves. As a catcher, he blocks really well and can control the running game with his defensive skill set and arm strength. Jake has the ability to drive the baseball to all fields and did it this summer against high level competition with a wood bat. Jakes Dad, Brandon played baseball here at KU in 1994 & 1995 and we are extremely happy to have Jake deciding to follow in his Dad’s footsteps and be a Jayhawk." 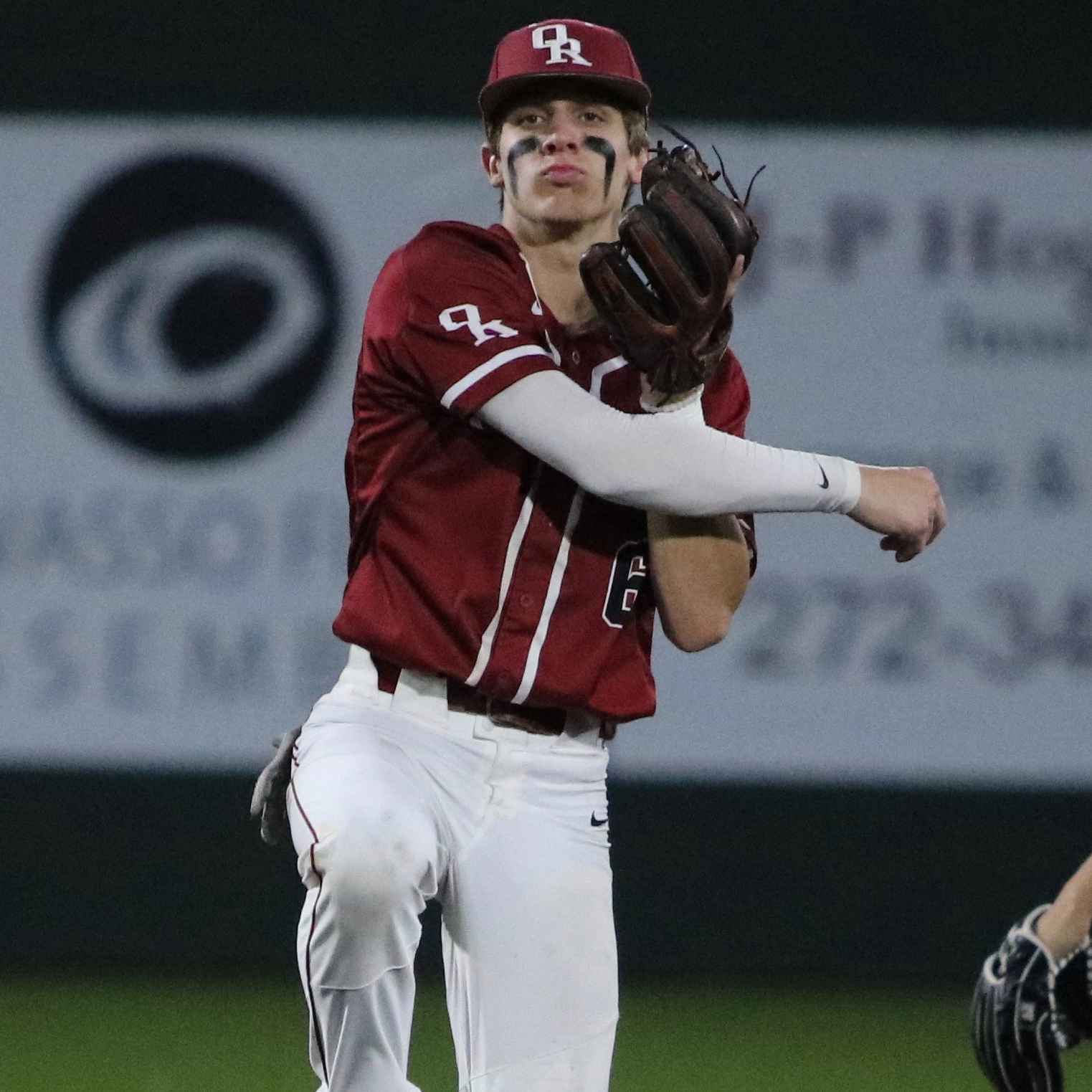 "Jack is an infielder who comes from Owasso High School, which is one of the more storied programs in the Midwest. He led their team in batting average last season, a team that had five Power-5 conference players in their starting lineup. Jack plays with an edge and toughness that is getting harder to find. His bat to ball skills are really good and he has proven he has the ability to drive the baseball into the gaps against good pitching. Jack is as college ready to hist as anyone in this class. " 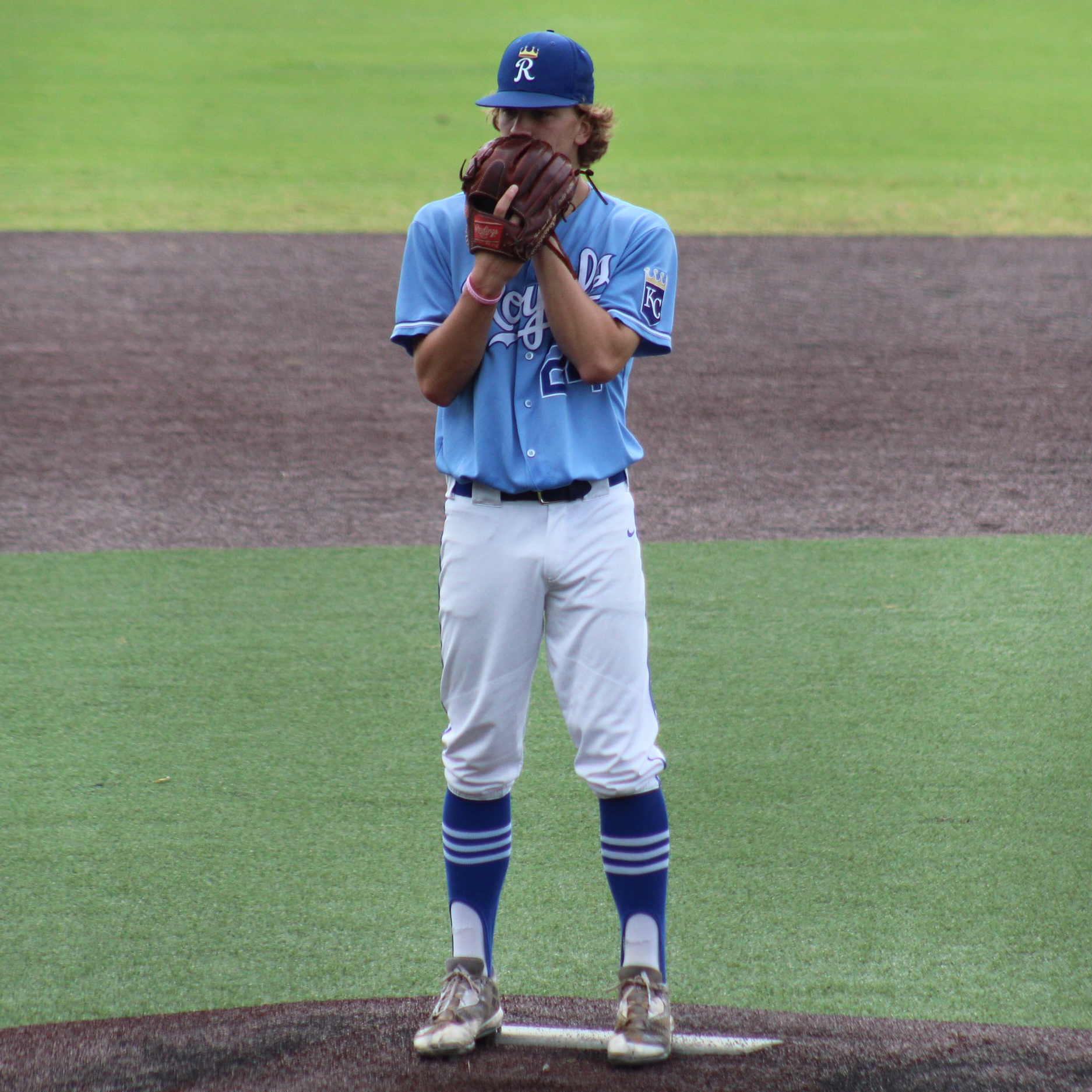 "Stone is a talented left-handed pitcher that plays for Jim DeGraw at Rockhurst High School. He is an athletic kid who has performed at a very high level throughout his high school career. Stone has learned from some of the best and he has been able to pitch for the Royals Scout Team the past few years. He has played and competed against high caliber players from around the country, and has consistently produced. I am very excited to work with Stone because I believe he is a premium athlete on the mound. He moves easy, his arm works clean and he has always shown the ability to stay composed on the mound in the biggest situations. We are lucky to have him as a Jayhawk." 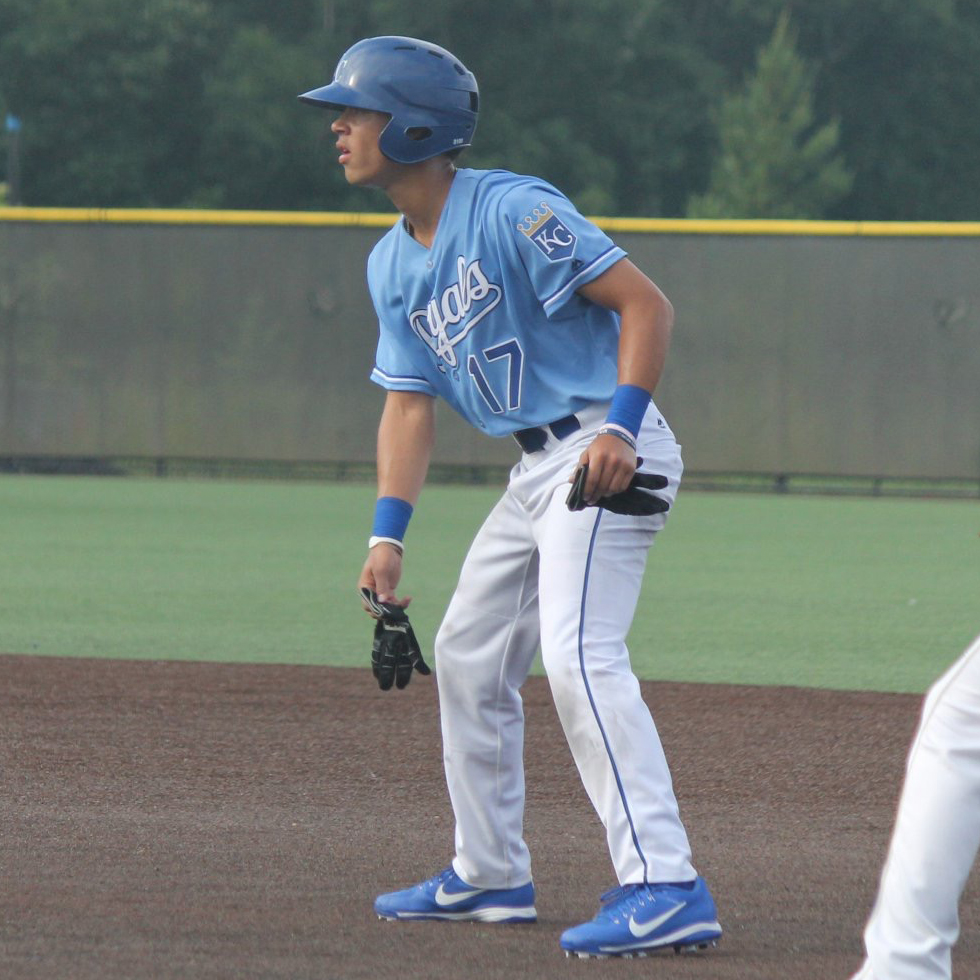 "Tavian is a switch hitter that has played at a high level on the biggest stage two straight summers for the Royals Scout Team. His number one ranking in the state of Missouri is a great accomplishment and very deserving given his performance. He has great instincts on the bases and defensively to compliment his athleticism and speed. Tavian projects as a top of the order table setter who can get on base and utilize his speed and athleticism. Tavian is a huge addition for our program and we are excited to see the impact he will make on the field early in his Jayhawk career." 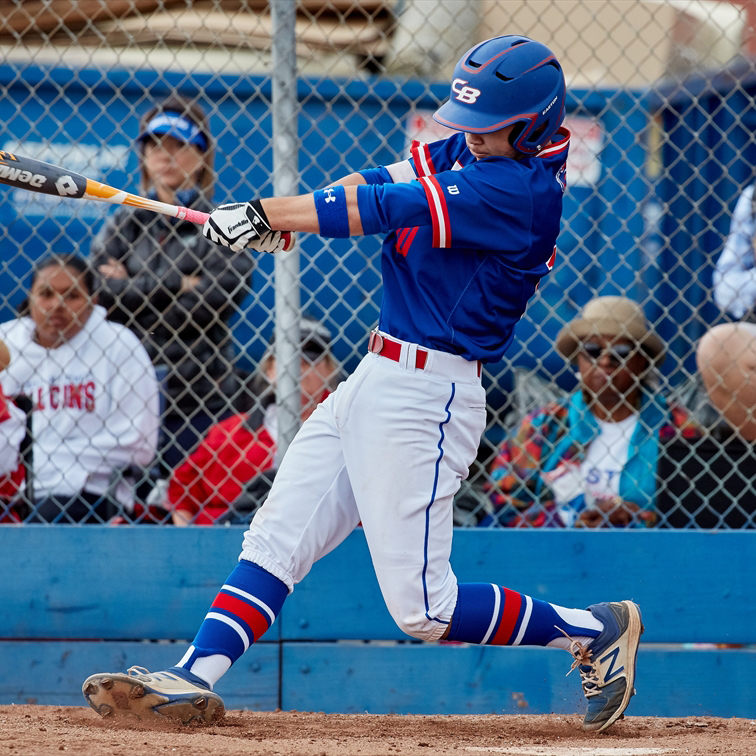 "Max is a switch hitter with power from both sides of the plate. He has really good rhythm and bat path to his swing with the ability to use the whole field. Max is someone we identified last fall, he primarily played on his high school team in the summer and fall so he has flown under the radar. Max has good at bats and his ability to stay in the strike zone allows him to work counts and also take his walks." 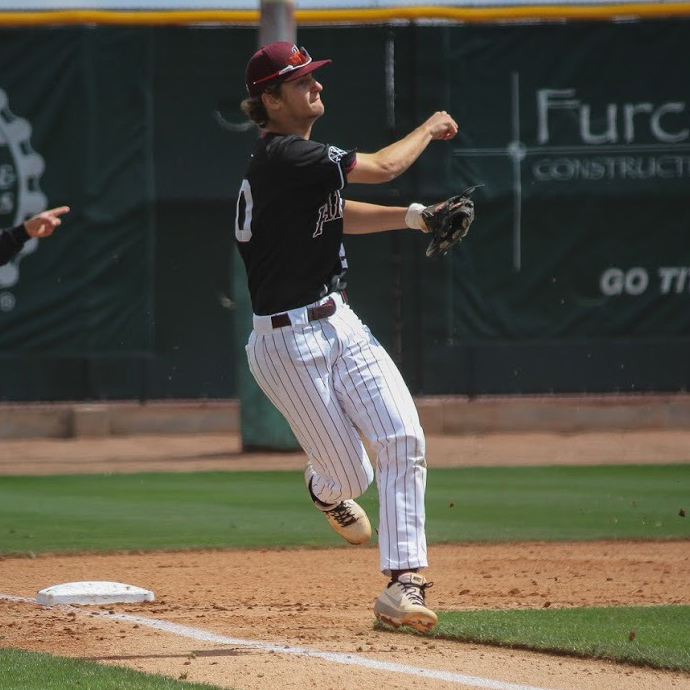 "Will is a really good athlete with a great arm, he has the versatility to play all over the field. Will plays for perennial power Hamilton High School in Arizona and led the team in batting average on the way to a Arizona 6A State Championship last spring. Will has an extremely high ceiling as he continues to get stronger and physically mature, and is a great addition to our program." 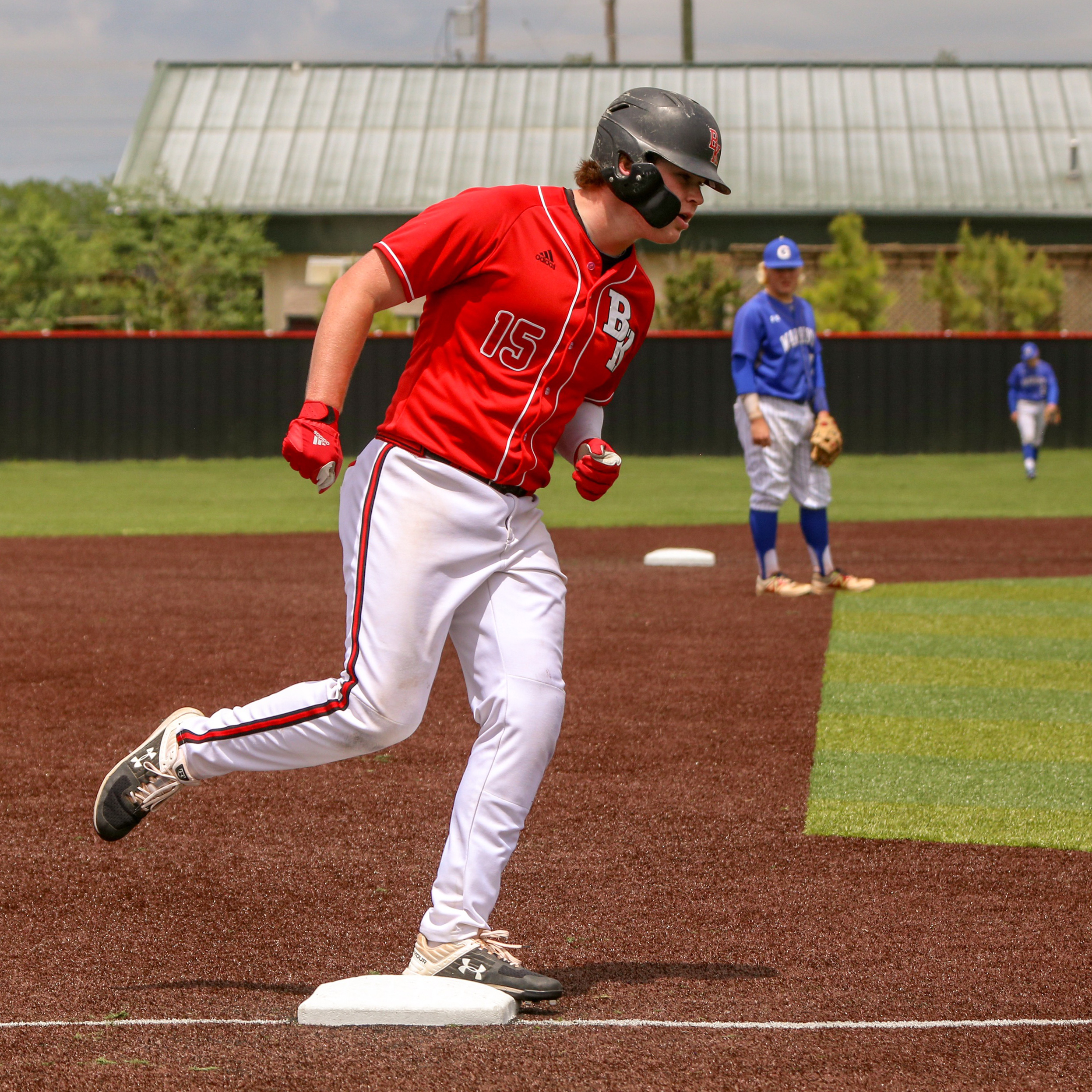 "Cooper is your prototypical left-handed power hitting first baseman. He has shown the ability to drive the baseball to all fields, and has really good rhythm and barrel control to his swing. Cooper has had an outstanding high school career, and was a big factor in helping win his high school a state championship as a sophomore. Cooper is also a good defensive first baseman and at 6’3” gives his infielders a big target to throw to." 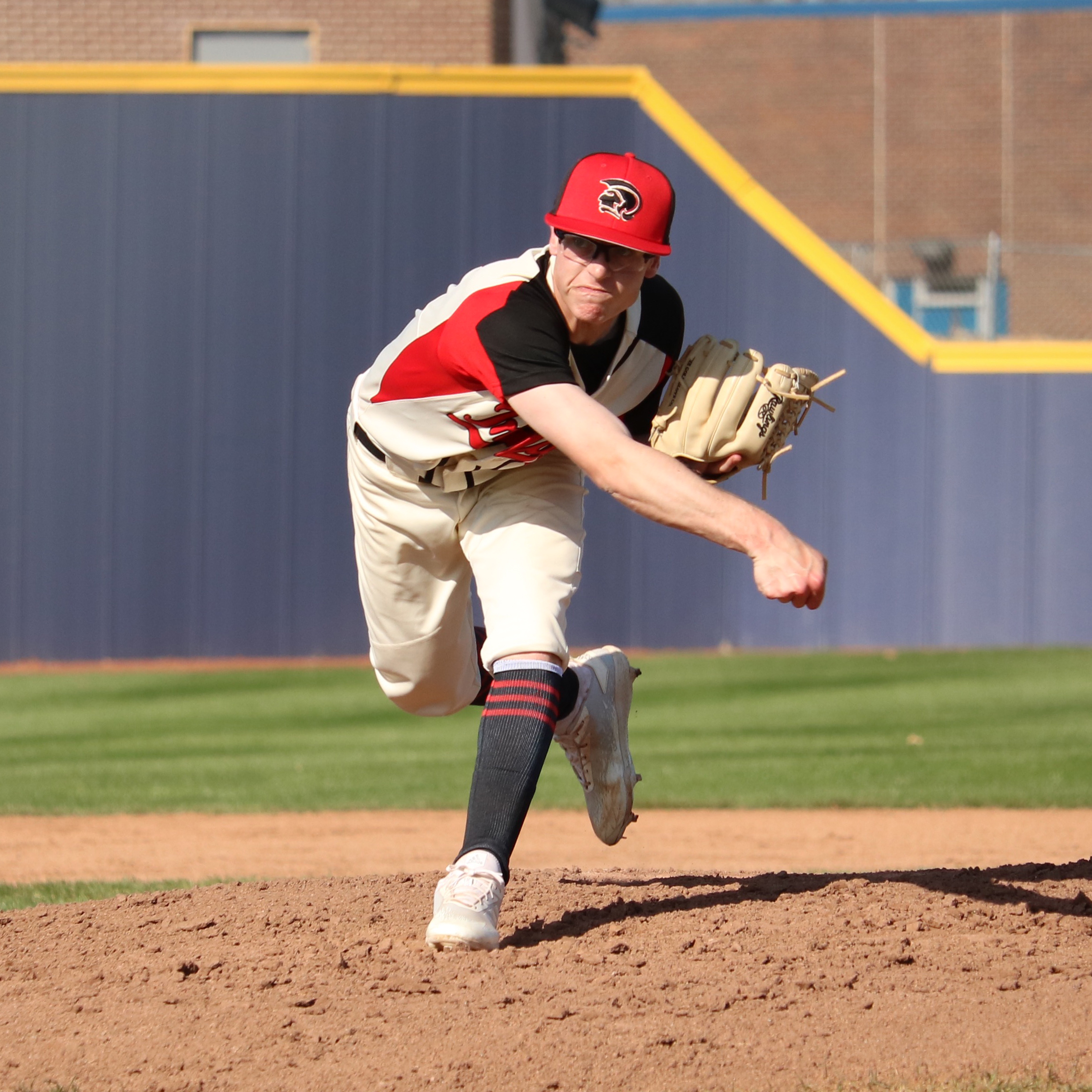 "Ayden is an athletic right-handed pitcher who plays for Blaine Lewis at Park Hill High School. He moves easy, and he has a very quick arm. Ayden has a high ceiling, and I have a feeling he could develop into a kid with big arm strength. He has similar characteristics to some of the most successful pitchers we have developed here at Kansas. He is a worker, and has also done an amazing job in the classroom. Ayden has a chance to do great things on-and-off the field here at KU and I am really looking forward to working with him." 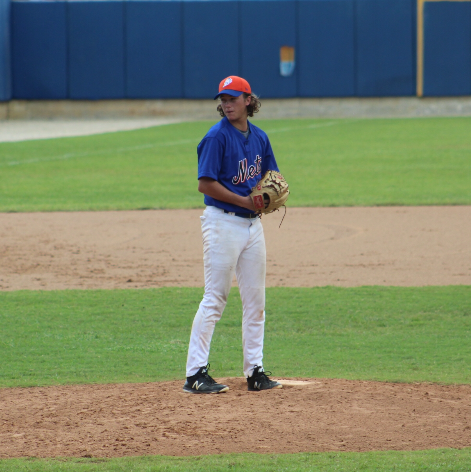 "Grant is a left-handed pitcher that plays for James Grillo at Fletcher High School. Grant was blessed with the ability to miss bats and create bad contact. He grew up in a baseball family. Grant’s dad, Bob, has been involved in college baseball and professional baseball for many years, and has worked with the best. Grant repeats his delivery, and is able to throw multiple pitches from a couple different arm slots. He reads hitters well, and knows how to find the soft spots in swings. Grant will continue to get stronger, and I look forward to getting him to Lawrence next August to help him develop. " 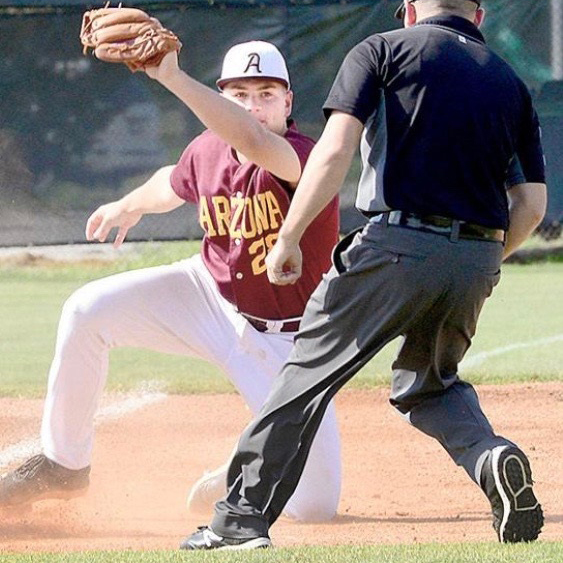 "Seth had a great junior season both for his high school and travel team. Earning First-Team All-State was a great accomplishment and it has been fun to watch Seth’s game continue to develop as he matures. Seth has an advance approach and knowledge of the game given his upbringing, spending his summers in the Triple-A dugouts his father Rick Sweet manages. Seth possess a strong arm and his best tool is his raw power.”"