LAWRENCE, Kan. – After completing a comeback win over Kansas City in the season opener, Kansas continues its road quest to start the season with a match at Omaha in Baxter Arena Sept. 3 at 6:30 p.m.

The Jayhawks are slated to face a new-look Omaha squad with first year head coach Matt Buttermore, who led his team to three victories in the first week of the season, including a win over future-Kansas opponent Albany.

Fans can watch the match on OMAVS.com or listen on the Jayhawk Radio Network with Nick Springer calling the action. 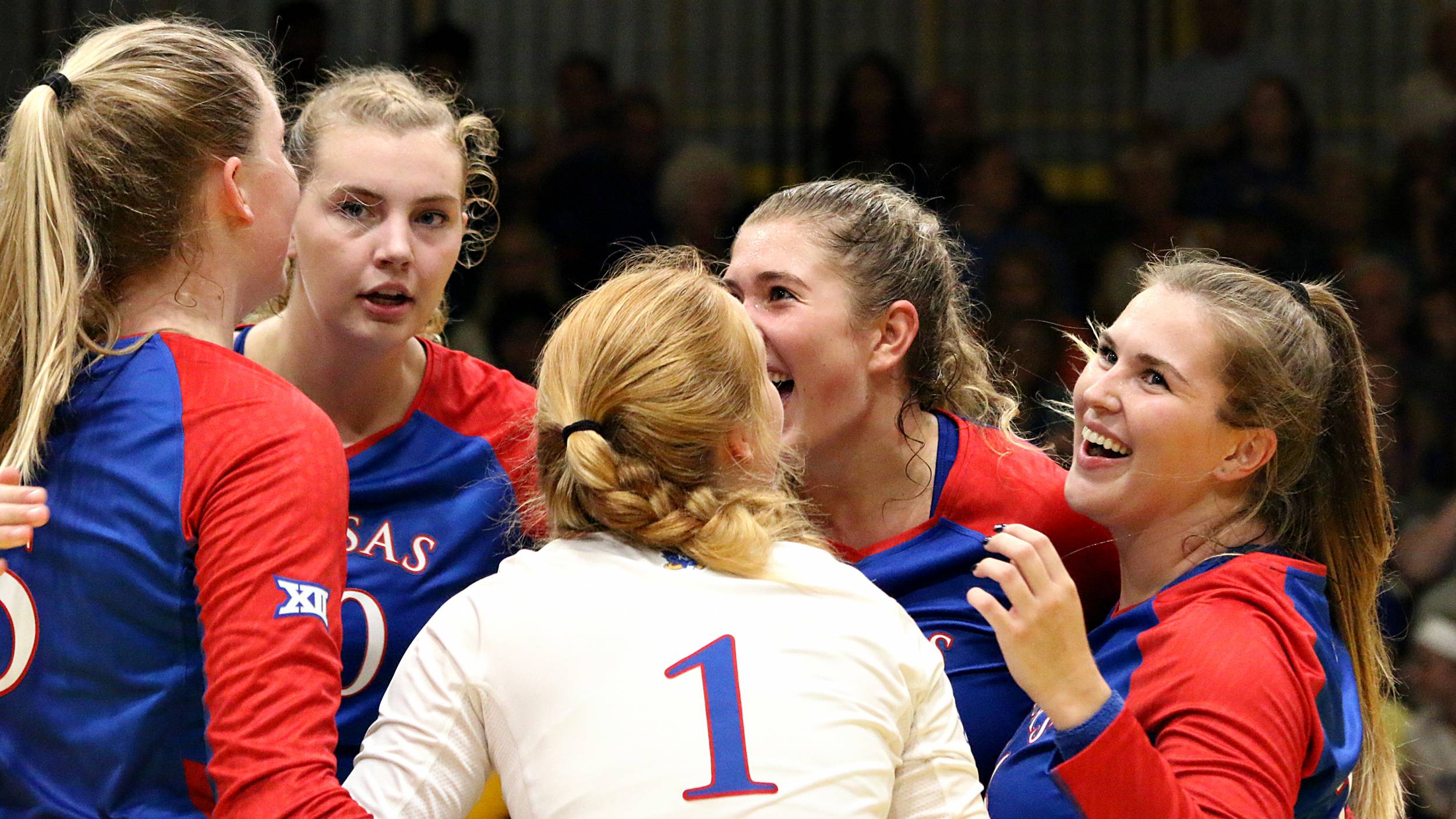 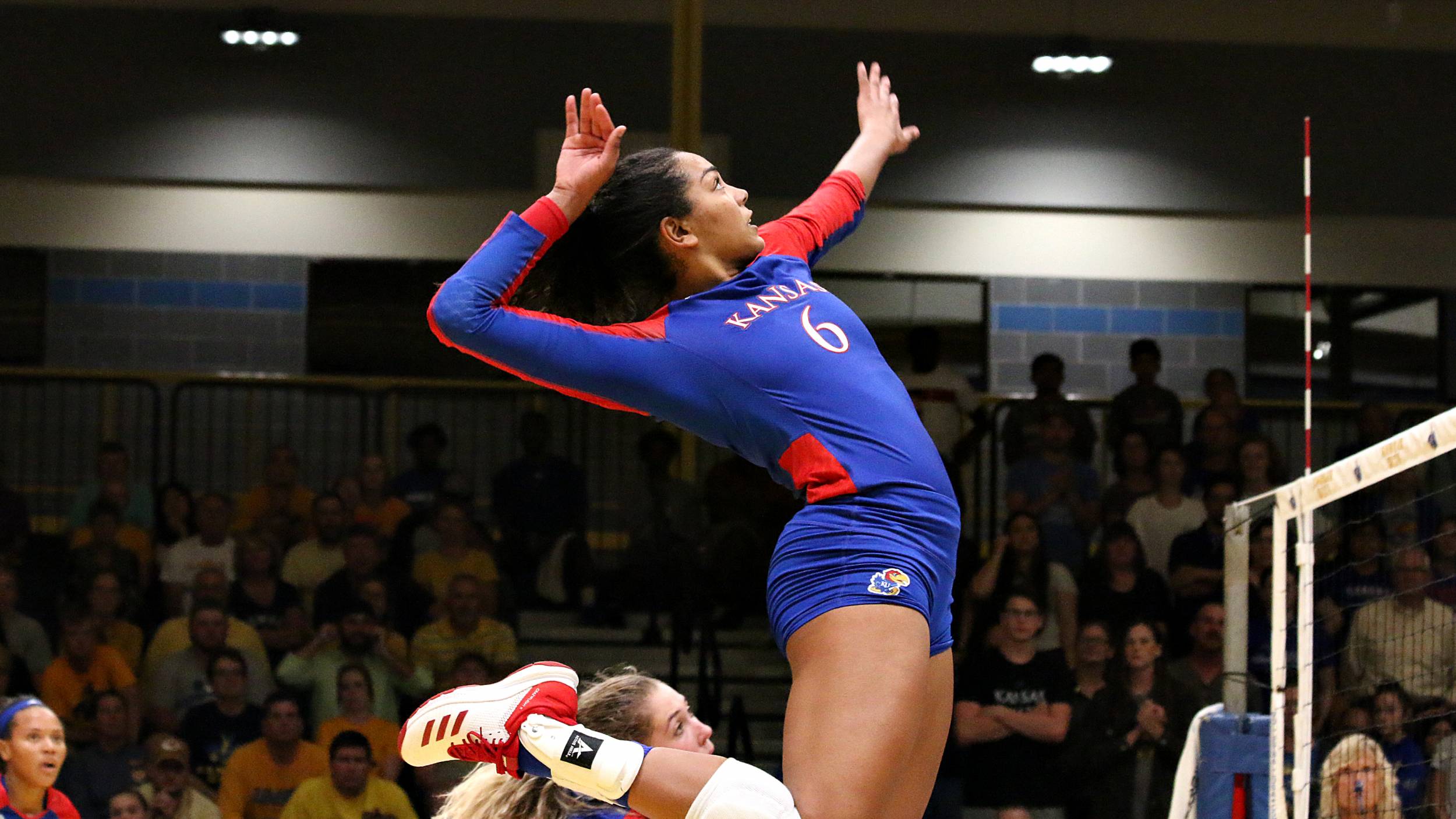 Check out the best of the best from #KUvball's victory over Kansas City 🔽#RockChalk pic.twitter.com/RnS9WS3HGK

OMAHA PREVIEW
• The Omaha Mavericks enter their first season under Matt Buttermore after long-time head coach Rose Shires retired after 29 seasons with the program.
• The Mavs opened the regular season with three victories and rank first in the Summit League standings for kills per set (13.55), service aces per set (2.36), while ranking
second in the league in assists per set (12.45) and digs per set (15.91).
• Isabella Sade, a junior middle blocker, has a team high 5.27 kills per set and is the only member of the Mavericks with 50-or-more kills (58).
• Jaclyn Taylor, junior setter, led Omaha with 118 assists in its first three matches, averaging 10.73 assists per set.
• Claire Mountjoy, a junior defensive specialist, boasts a team-high 5.82 digs per set and 64 digs.