LAWRENCE, Kan. – Kansas volleyball powered its way to its 13th-consecutive victory in Lawrence versus Texas Tech in a three-set sweep on Wednesday night in the Horejsi Family Volleyball Arena.

KU and TTU were evenly matched to begin with, but the Jayhawks used a 17-13 kill advantage to edge past the Red Raiders 25-20 to take the 1-0 lead. Senior Zoe Hill and sophomore Camryn Ennis both recorded five kills to lead Kansas.

The second set was a close fight from start to finish, with a call being overturned in Texas Tech’s favor and bringing the Jayhawks lead down to only two points 18-16. Kansas didn’t let the overturned call deter them, as they stormed back to win seven of the final nine points to take the second set, 25-18.

The Jayhawks were in complete control of the third set as they never found themselves behind on their way to a  25-17 win.

Hill led the attack for the Jayhawks with a team-high nine kills and a team-best six total blocks. Freshman Morgan Christon and redshirt-senior Ashley Smith weren’t far behind Hill with eight and seven kills, respectively. Junior Sara Nielsen led the team with 29 assists.

KU takes the 25-18 set win to move one win away from a match victory over TTU.

Zoe Hill keeps the set alive for the Jayhawks with an insane one-handed hit to help get the Jayhawks the point.

The Jayhawks take the 25-20 set victory and the 1-0 lead over the Red Raiders. 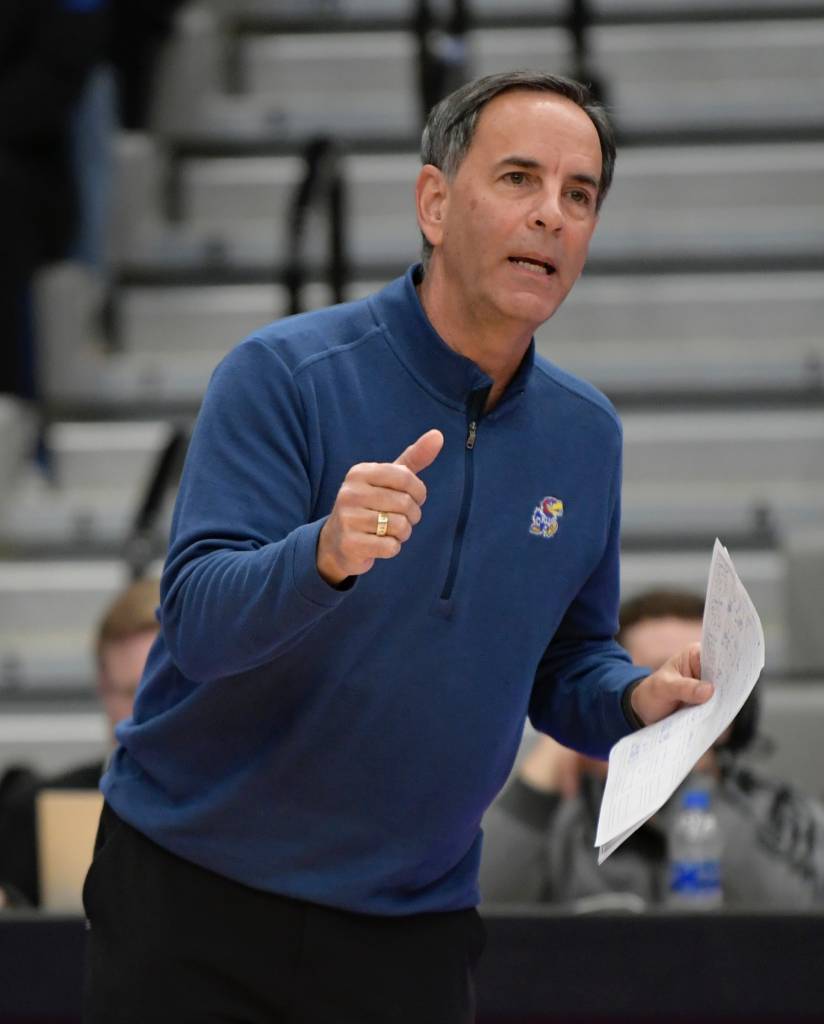 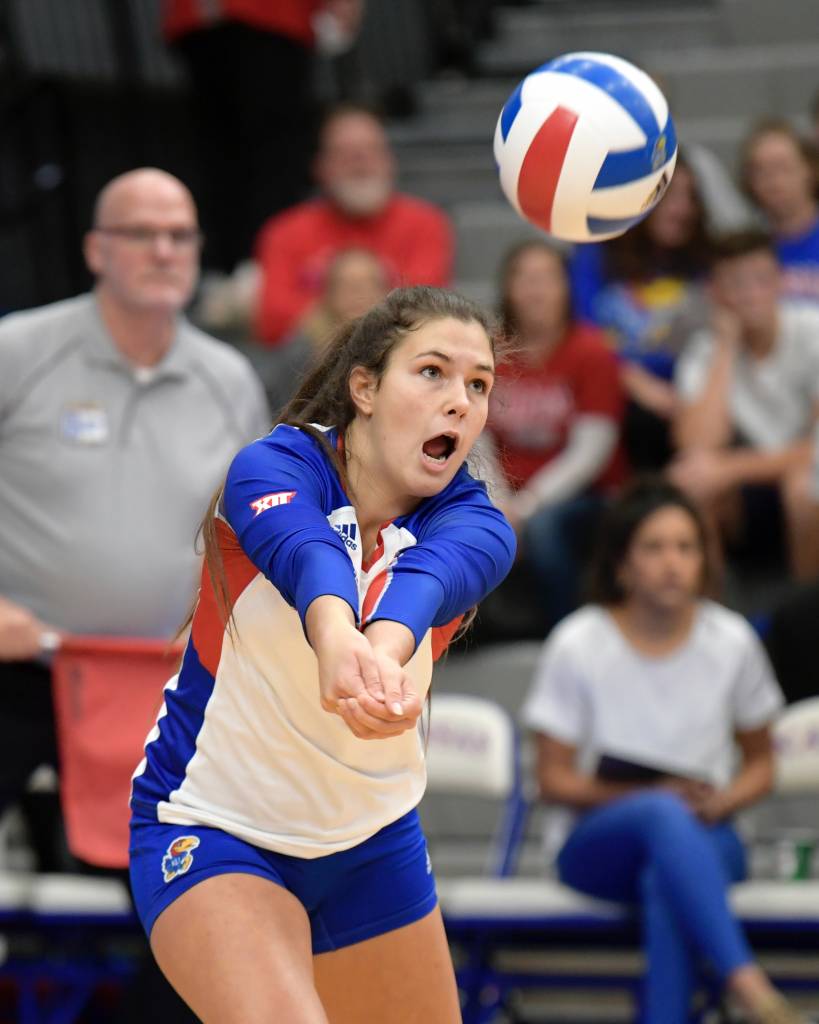 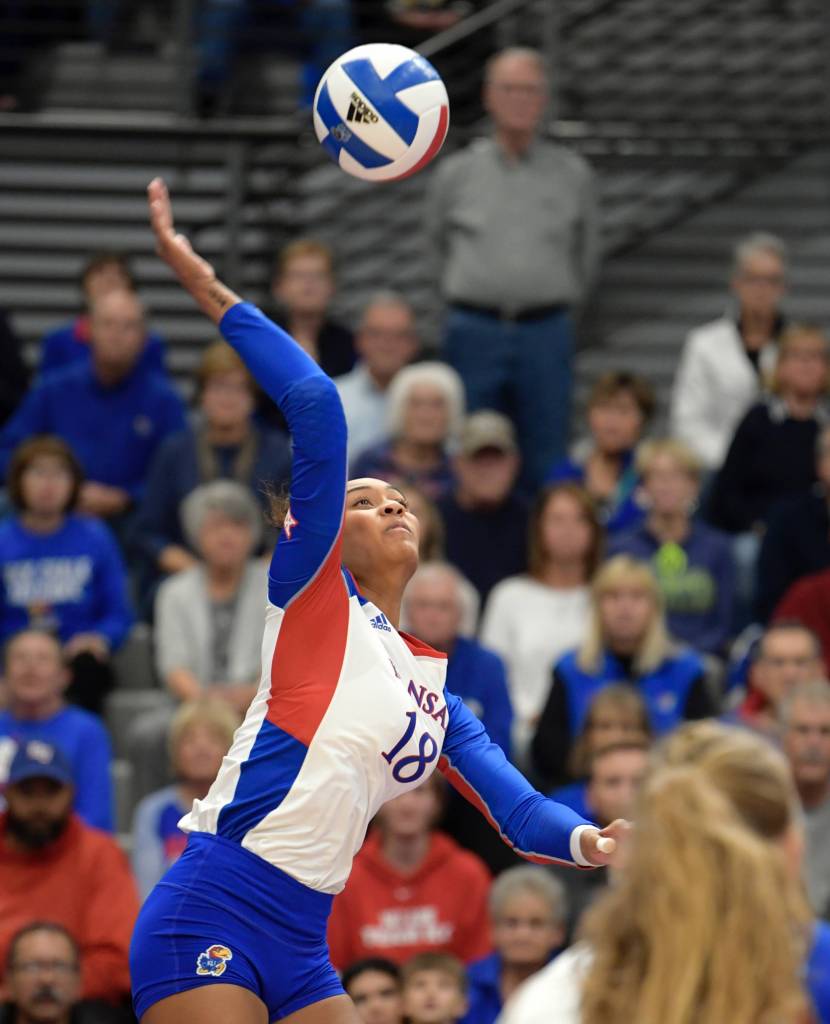 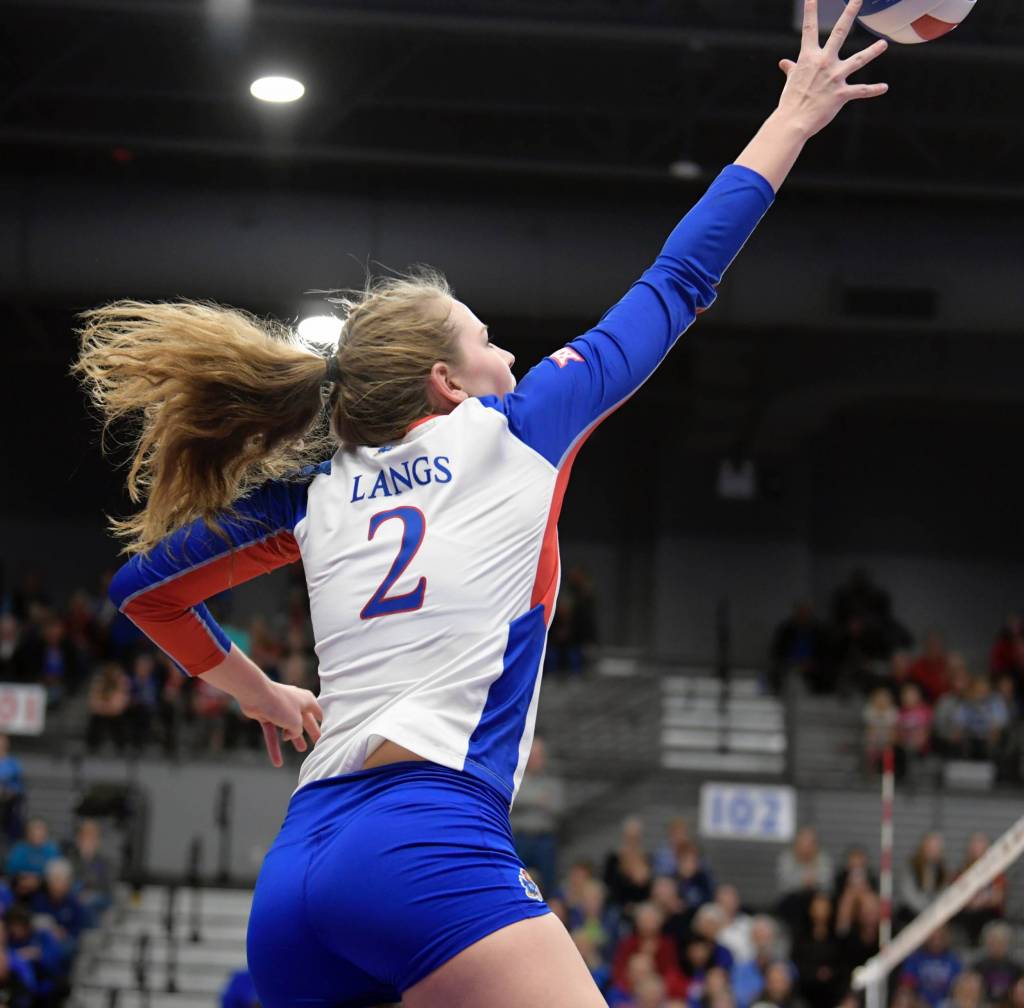 Rachel Langs gets the emphatic kill to give Kansas the 13-11 lead.