LAWRENCE, Kan. – The Kansas women’s tennis team wrapped up their 2020 dual match campaign in which they finished 7-4 overall, a mark they reached after going on a five-game win streak before spring sports were canceled due to COVID-19 concerns.

The Jayhawks finished the 2020 spring season 32nd in the country by the Intercollegiate Tennis Association (ITA) team poll.

In addition to the team rankings, KU was represented in both the singles and doubles polls.

Highlighting the Jayhawks were partners Malkia Ngounoue and Luniuska Delgado at No. 25, followed by Sonia Smagina and Roxana Manu (No. 50). Smagina finished at No. 78 in singles.

Smagina, a sophomore, registered a 7-4 dual match record and won three matches against nationally-ranked opponents. Each of her victories came from the top court.

In doubles, Ngounoue and Delgado owned a 3-5 overall dual ledger at the No. 1 position. The duo took down two ranked opponents against California (Jan. 26) and Northwestern (Mar. 1). 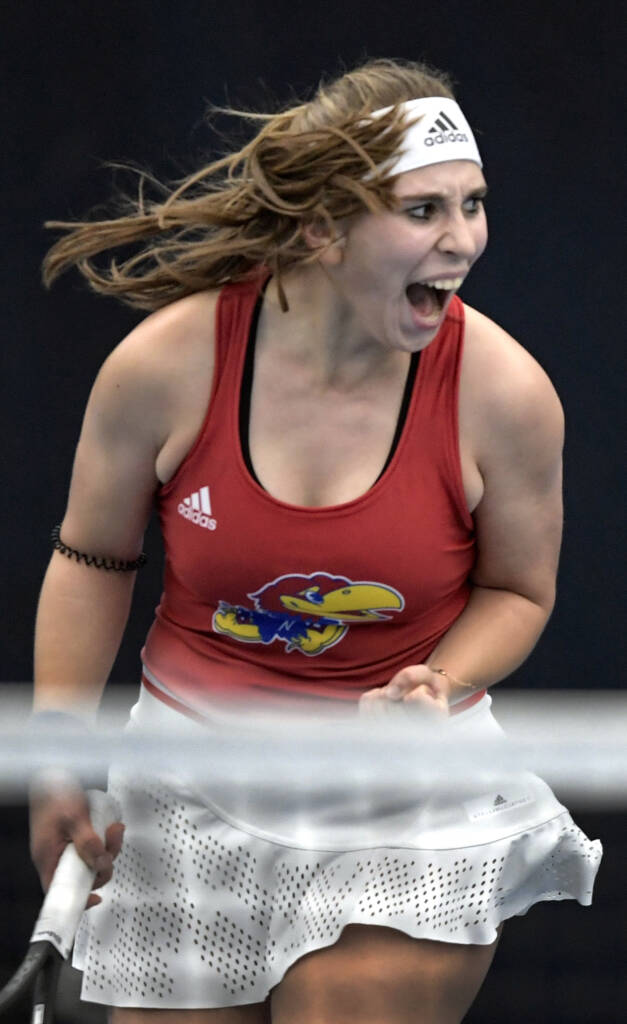 After a rocky start, Kansas found its groove winning five-straight matches before the cancellation of competition. The young team gained momentum after victories against ranked opponents Washington (Feb. 16), Tulsa (Feb 25) and Northwestern (Mar 1).

KU held their ground while playing at home this season. While only having played six of the 10 home matches, KU finished tough, winning four matches in front of its fans in the Jayhawk Tennis Center. Two of those four wins were against ranked opponents.

Senior Maria Toran Ribes was the lone senior of the young squad. Ribes bounced between positions No. 4, 5 and 6 and found the majority of her success on court 6 (6-1). Ribes finished her excellent senior season going 8-3 in her singles matches and 4-4 in doubles.

BIG 12 PLAYER OF THE WEEK

Smagina bagged Kansas’ first player of the week honors this season. The honor came after she defeated Washington’s Vanessa Wong, who was at the time ranked No. 66 in the nation. The win helped the Jayhawks secure their first ranked win of the dual season. 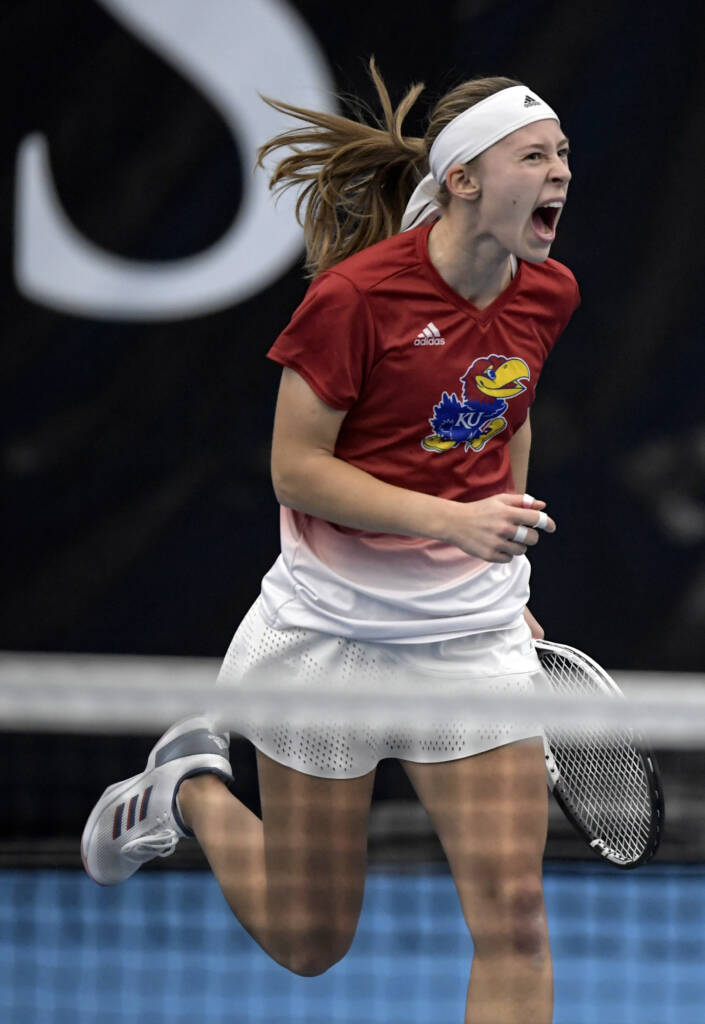