Due to the COVID-19 pandemic, the 2020 NFL Draft will look much different than in years past. The NFL unveiled its plan to host a Draft-A-Thon Live Stream with hosts Rich Eisen and Deion Sanders along with other television personalities, which will also be a fundraising effort for much-needed funds for COVID-19.

Fans wanting to watch the next group of Kansas Jayhawks be selected in the Draft will be able to watch a live stream on NFL social and digital platforms, and live Draft coverage on ABC, ESPN, NFL Network and ESPN Deportes on April 23-25. Also, follow Kansas football on social media (@KU_Football) and on KUAthletics for up to the date news on Jayhawk selections in the Draft.

Les Miles | NFL Draft By the Numbers
21 – NFL Draft first round draft picks
69 – During his tenure at LSU, Miles coached an SEC-leading 69 NFL Draft picks with 13 of them first-round selections.
109 – NFL Draft Picks

Kansas Football | NFL Draft Timeline
1938 – Clarence Douglas became the first Kansas Jayhawks drafted in the NFL. Douglas was a halfback and was selected in the ninth round by the Detroit Lions.

1951 – Mike McCormack is selected in the third round by the New York Yanks. After being called into military service, McCormack returned to the NFL in 1953 with the Baltimore Colts, who traded him to the Cleveland Browns. He played nine seasons with the Browns and finished with 119 games played. McCormack was selected to the Pro Football Hall of Fame in the class of 1984.

1953 – Six Kansas Jayhawks were selected in the 1953 NFL Draft, which was a then-largest Draft class in Kansas history.

1957 – Seven Jayhawks were selected in the 1957 Draft, breaking the previous program best of six set four years prior.

1959 – Homer Floyd was the first African-American from Kansas to be drafted into the NFL. Floyd led Kansas in rushing three seasons (1956-58) and earned all-conference honors his senior season. He was drafted in the 26th round of the 1959 Draft by the Cleveland Browns.

1962 – John Hadl is selected by the then-San Diego Chargers of the AFL in the third round. Hadl played 16-years of professional football between the AFL and NFL, playing for four different franchises. He was an AFL All-Star three times and a Pro Bowler on two separate occasions.

1965 – Gale Sayers is selected by the Chiefs of the AFL and the Chicago Bears of the NFL. Sayers, or the Kansas Comet, played seven seasons in the NFL, all with the Chicago Bears. As a rookie, Sayers scored a rookie record 22 touchdowns and led the NFL in rushing in 1966 and 1969. He was selected to the Pro Football Hall of Fame in 1977.

1971 – John Riggins is selected in the first round of the 1971 NFL Draft by the New York Jets sixth overall. Riggins played 14 seasons in the NFL – five with the New York Jets and nine with the Washington Redskins. He played in 175 games and finished with 11,352 rushing yards with 104 rushing touchdowns. Riggins was selected to the Pro Football Hall of Fame in 1992.

1977 – Seven Jayhawks are selected in the 1977 Draft, tying the previous program-best seven selections set in 1957. Mike Butler was selected in the first round and ninth overall by the Green Bay Packers, while Nolan Cromwell (31st) and Terry Beeson (41st) were second round selections.

2008 – Aqib Talib is drafted in the first round, 20th overall by the Tampa Bay Buccaneers. Talib is a five-time Pro Bowl selection and a one-time selection as an All-Pro. He also was a member of the Denver Broncos, who won Super Bowl 50. 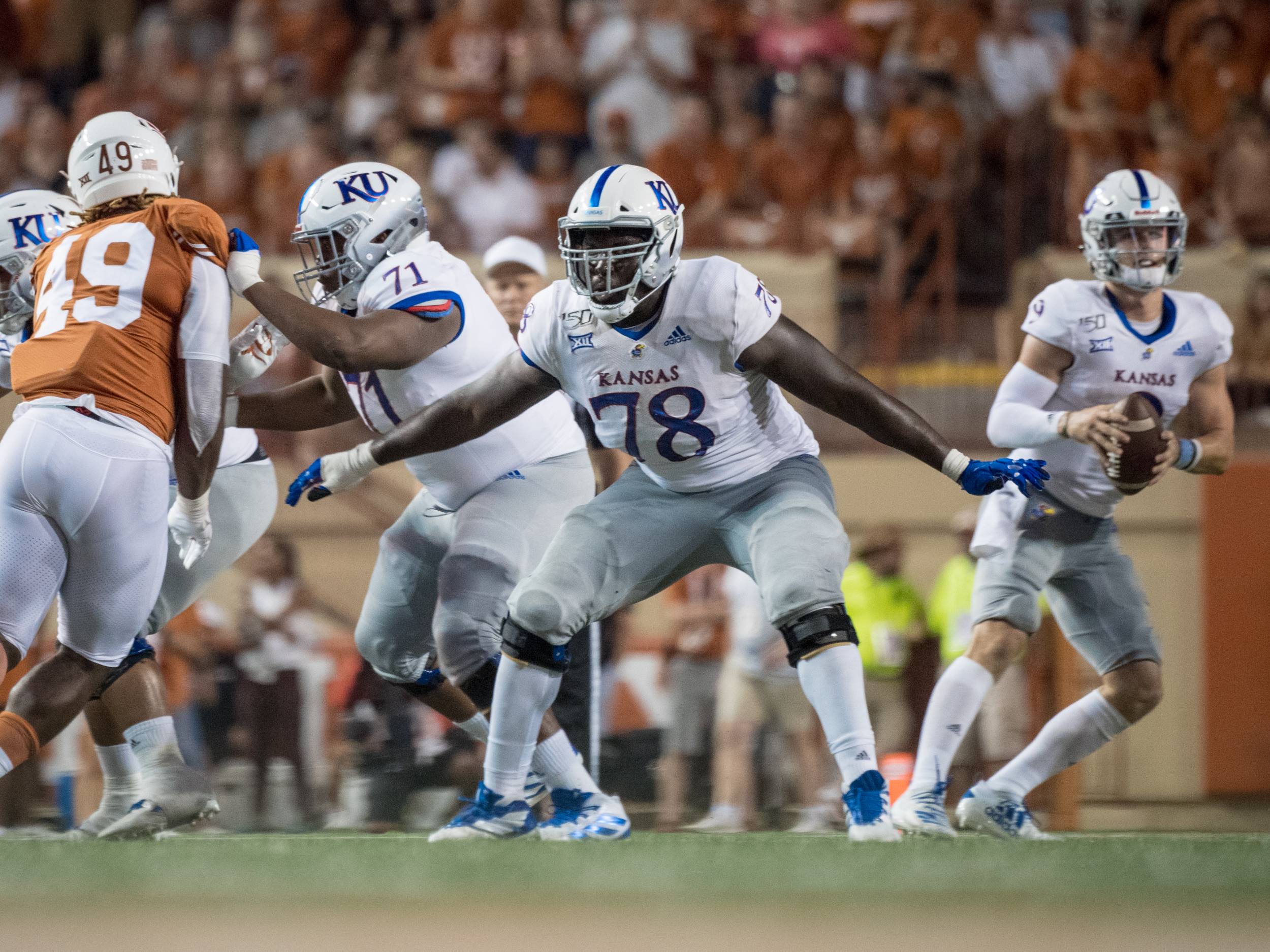