We are no longer accepting requests for tickets for the AutoZone Liberty Bowl.

If you would like to inquire regarding future availability, please contact the Kansas Ticket Office at 785-864-3141. Thank you for your support, see you in Memphis and Rock Chalk! 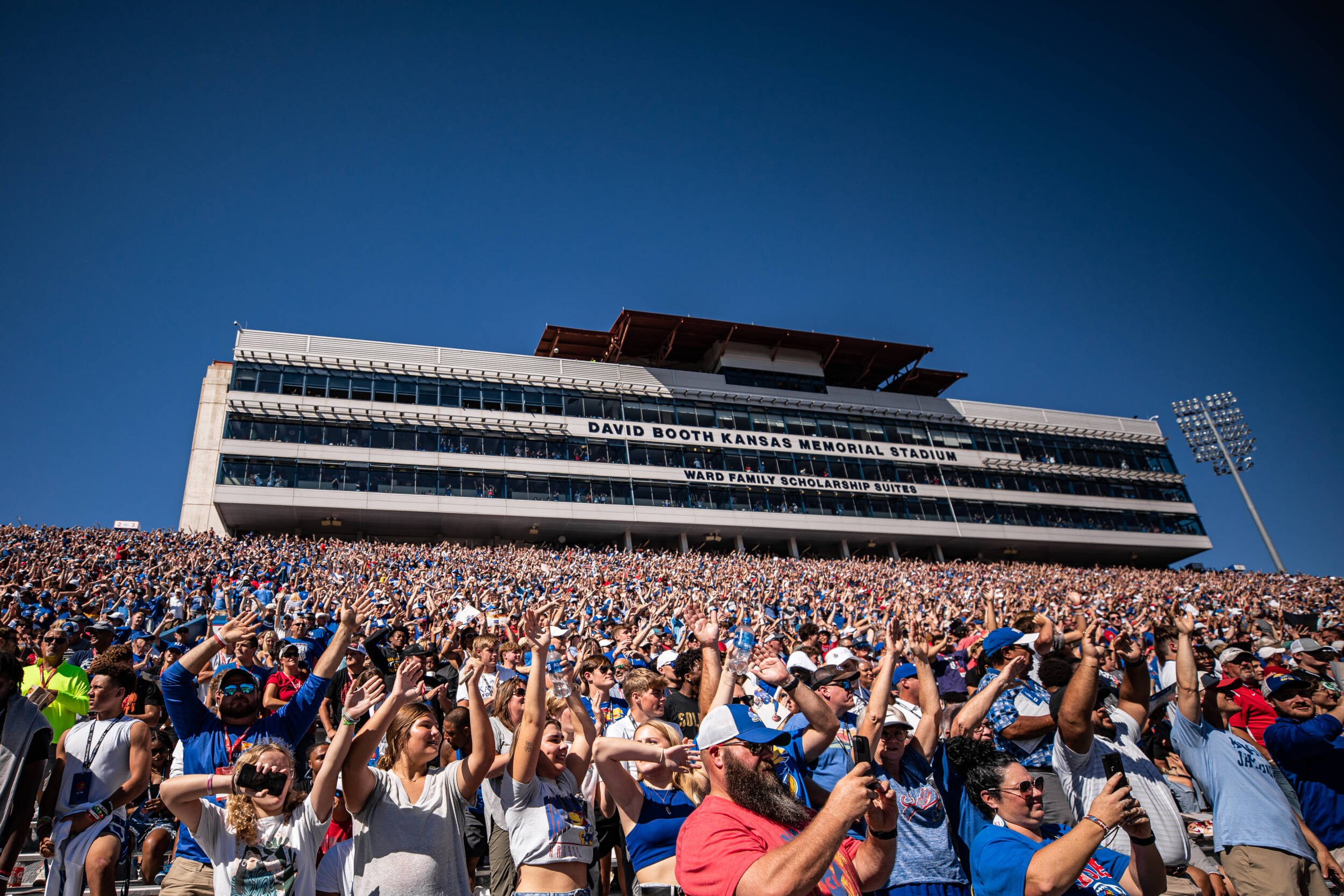 You can now secure your season tickets for the 2023 Kansas Football season by placing a $100 deposit per account. Click below to lock in your seats or call 800-34-HAWKS with questions. 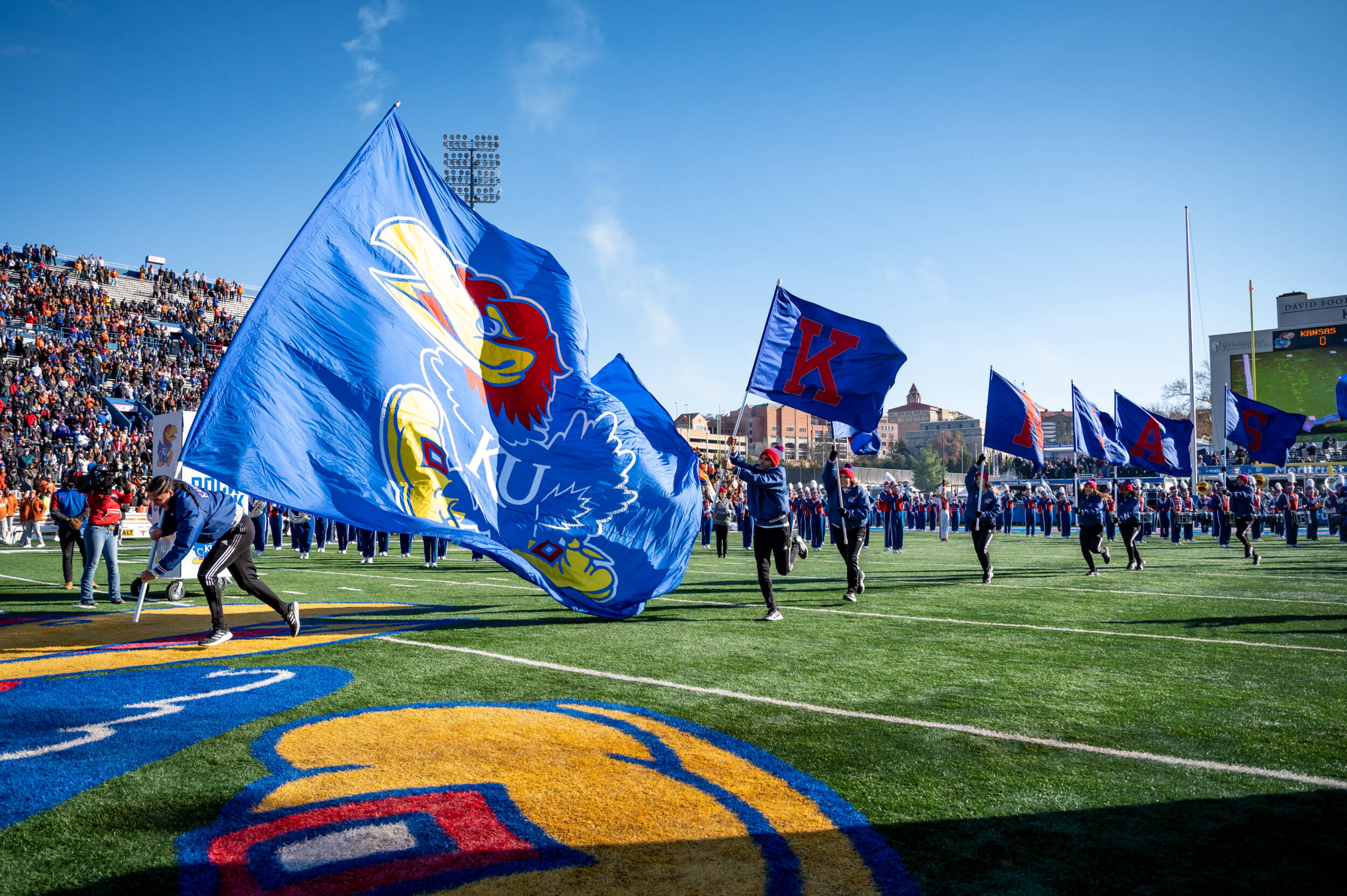 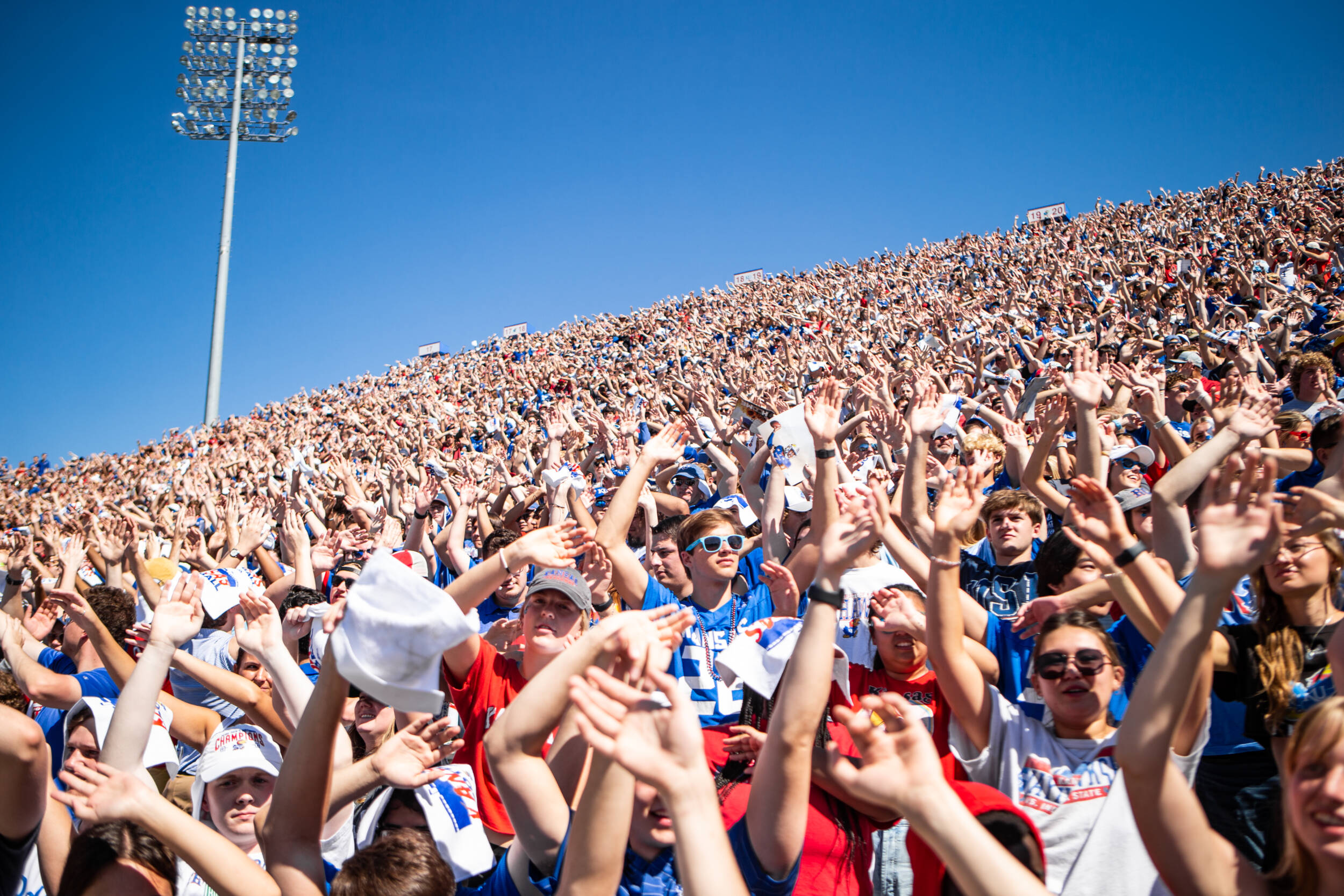 Pick up the 2022 Kansas Football Bowl poster at participating locations. Locations include: 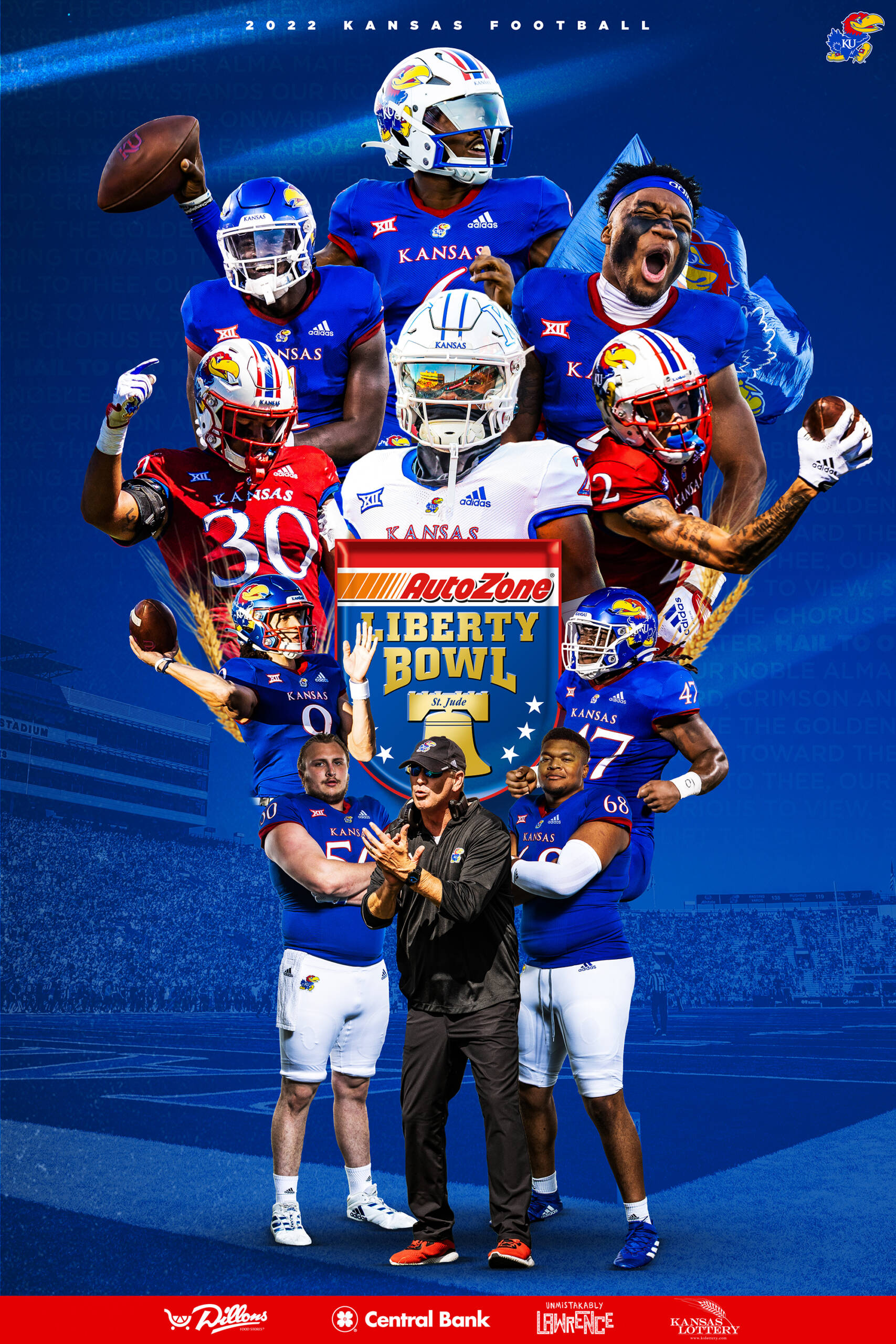 For a full list visit of things to do and see while in Memphis, visit memphistravel.com

LAWRENCE, Kan. – For the first time since the 2008 season, the Kansas Jayhawks will play postseason football when they travel to Memphis, Tennessee to take on the Arkansas Razorbacks in the 64th AutoZone Liberty Bowl on December 28.

Kickoff is slated for 4:30 p.m. CT and will be broadcast nationally on ESPN with Dave O’Brien (Play-by-Play), Dan Mullen (Analyst) and Taylor McGregor (Sideline) on the call.

Both teams are battling for a winning season and the rights to the Bell Trophy, which is awarded to the winner of the AutoZone Liberty Bowl. The meeting between Kansas and Arkansas will be the third in their series history, which dates back to 1905. Kansas has won both meetings between the two teams, with the first coming in 1905 (6-0) and last meeting in 1906 (37-5). 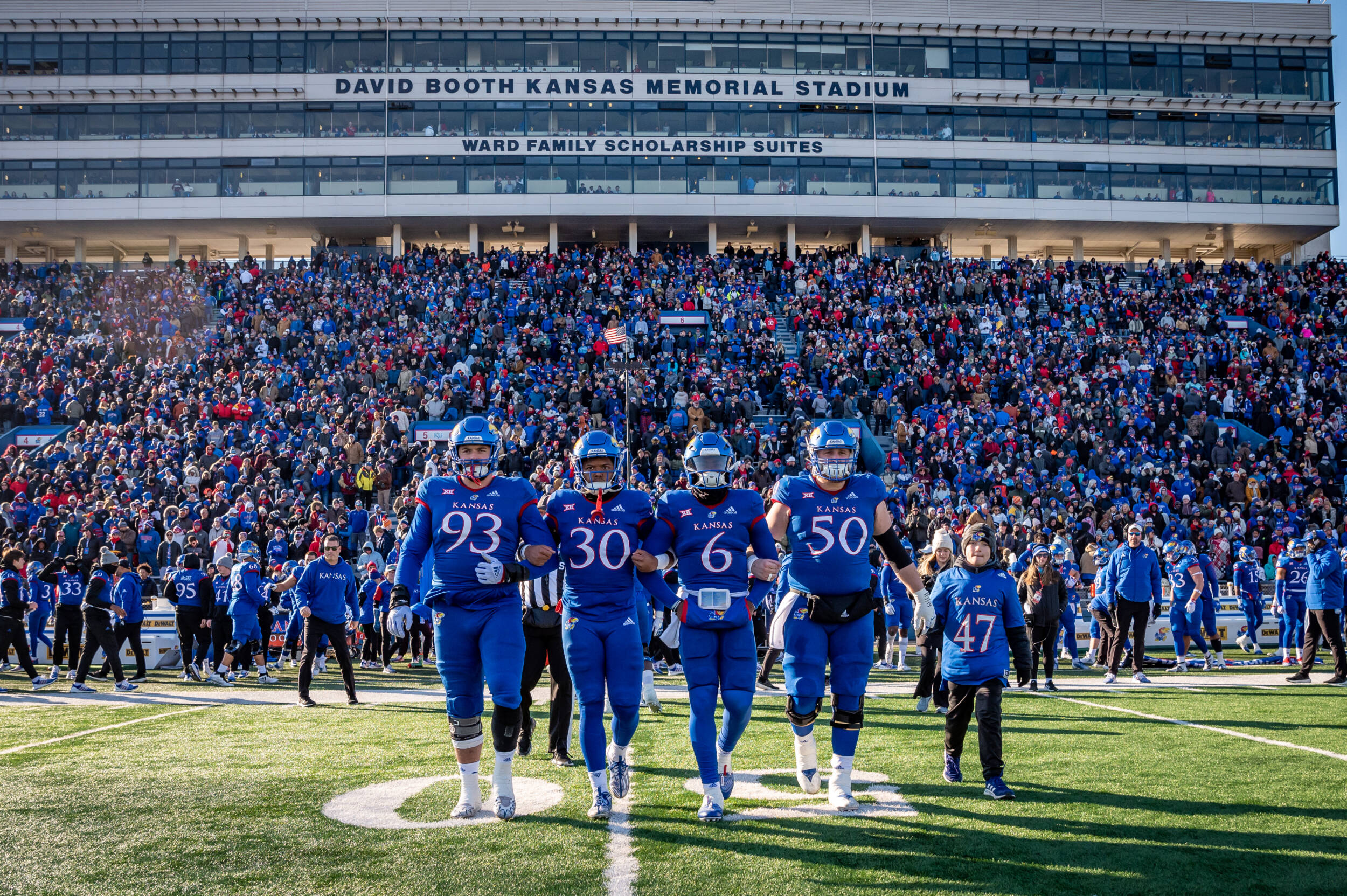 Kansas Becomes Bowl Eligible for the First Time Since 2008

LAWRENCE, Kan. – The Kansas Jayhawks became bowl eligible for the first time since 2008 with a 37-16 win over No. 18 Oklahoma State on Saturday afternoon at David Booth Memorial Stadium. The win is Kansas’ first against a ranked opponent since 2010, breaking a streak of 44-straight losses to ranked teams. 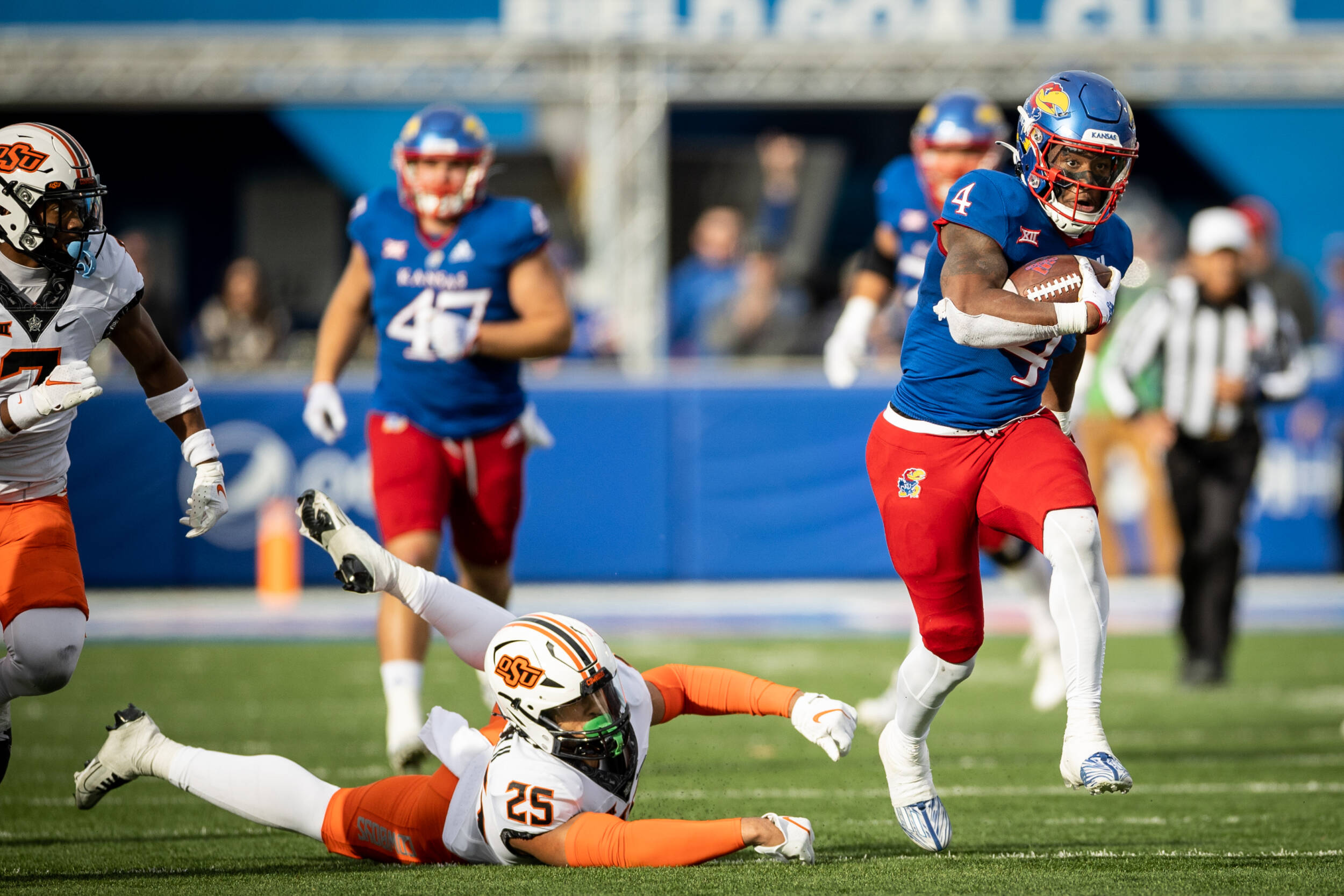 Jayhawks Move to 5-0 With Dramatic Win Over Cyclones 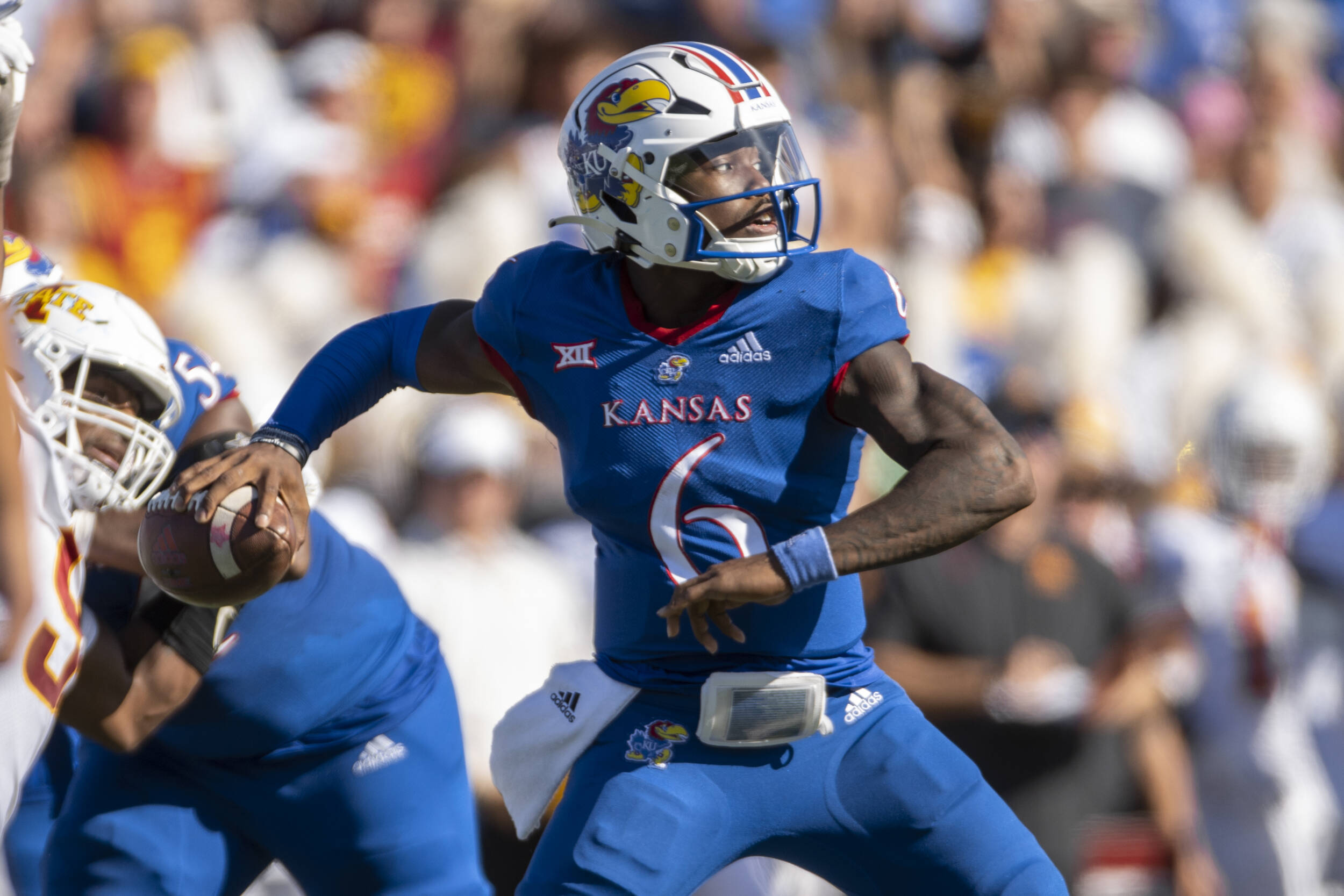 LAWRENCE, Kan. – Junior quarterback Jalon Daniels accounted for all five touchdowns to lead Kansas to a 35-27 win against Duke Saturday in front of a crowd of 47,233 fans at a sold out David Booth Memorial Stadium. Kansas improved to 4-0 for the first time since the 2009 season. 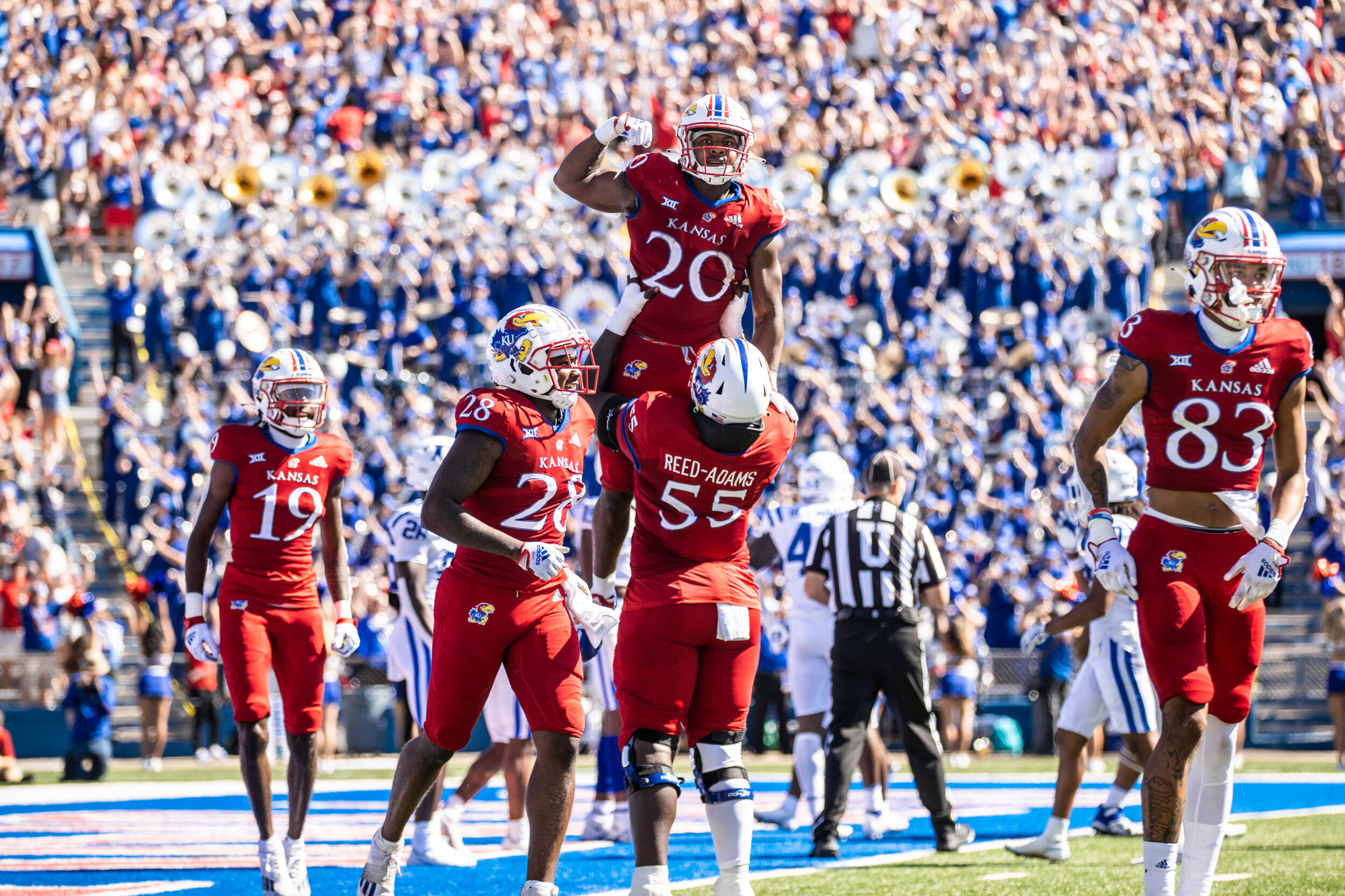 HOUSTON, Texas – For the first time since 2009, the Kansas Jayhawks are 3-0 following a 48-30 victory over the Houston Cougars on Saturday, Sept. 17, at TDECU Stadium. 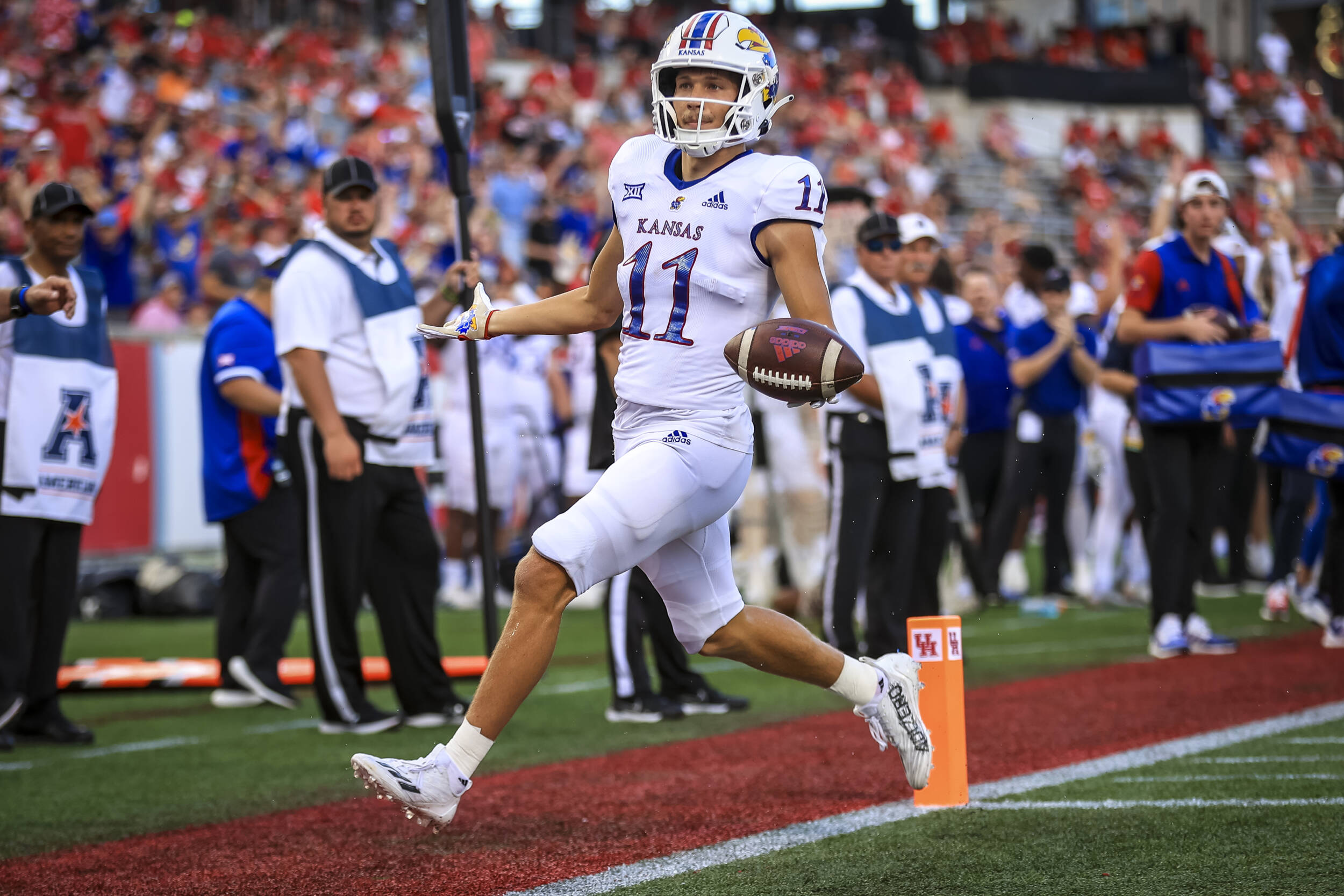 Jayhawks Win in Overtime at West Virginia, Move to 2-0

The win is the Jayhawks’ first-ever win over the Mountaineers in Morgantown. Kansas trailed by 14 three times in the first half, including 14-0 at the end of the first quarter. 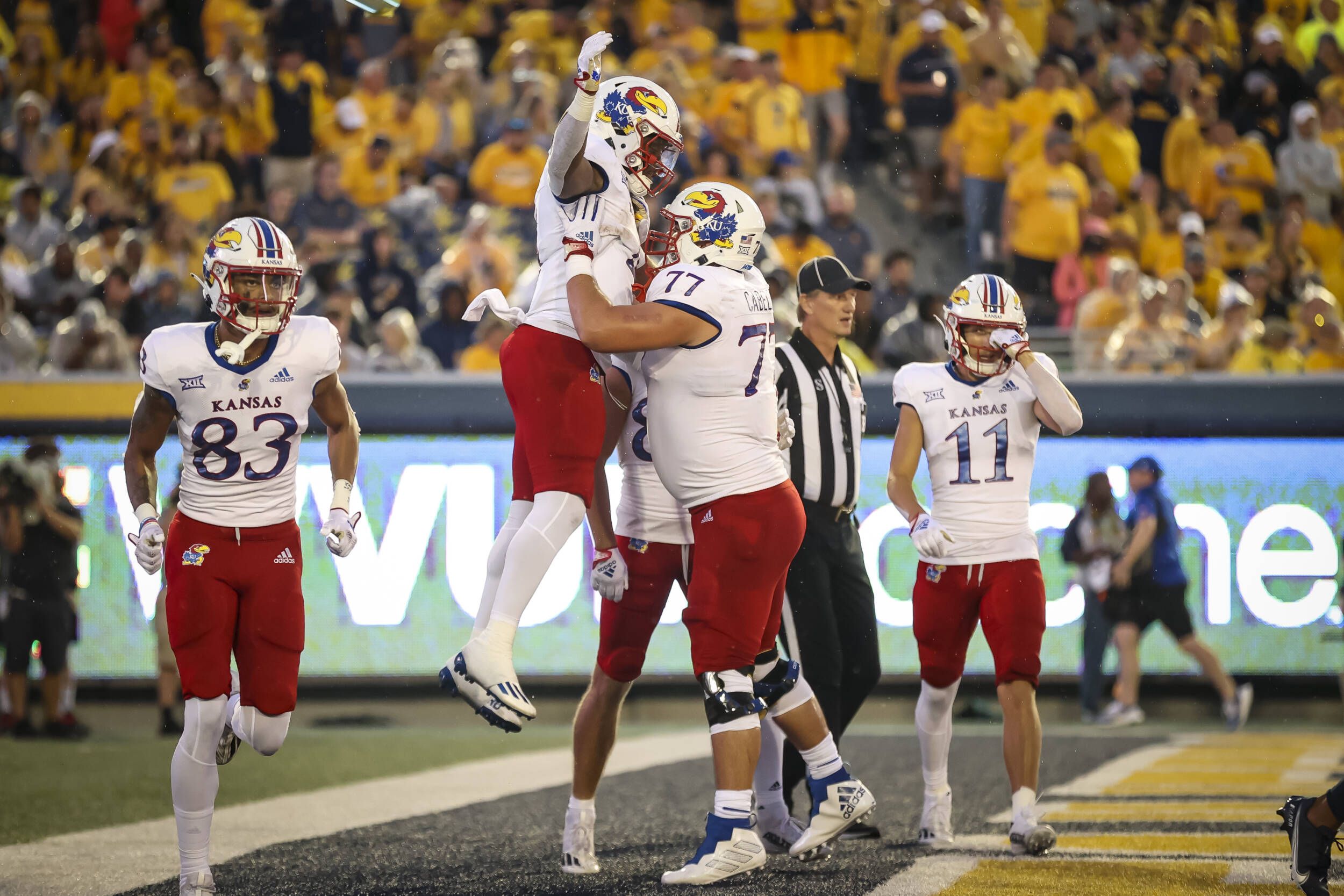 A crowd of 34,902 saw Kansas score touchdowns on four of its first five drives of the game. For the contest, Daniels went 15-for-18 for 189 yards and one touchdown. The junior added one rushing score, while Neal had just four rushes for 108 yards and two touchdowns in the victory. 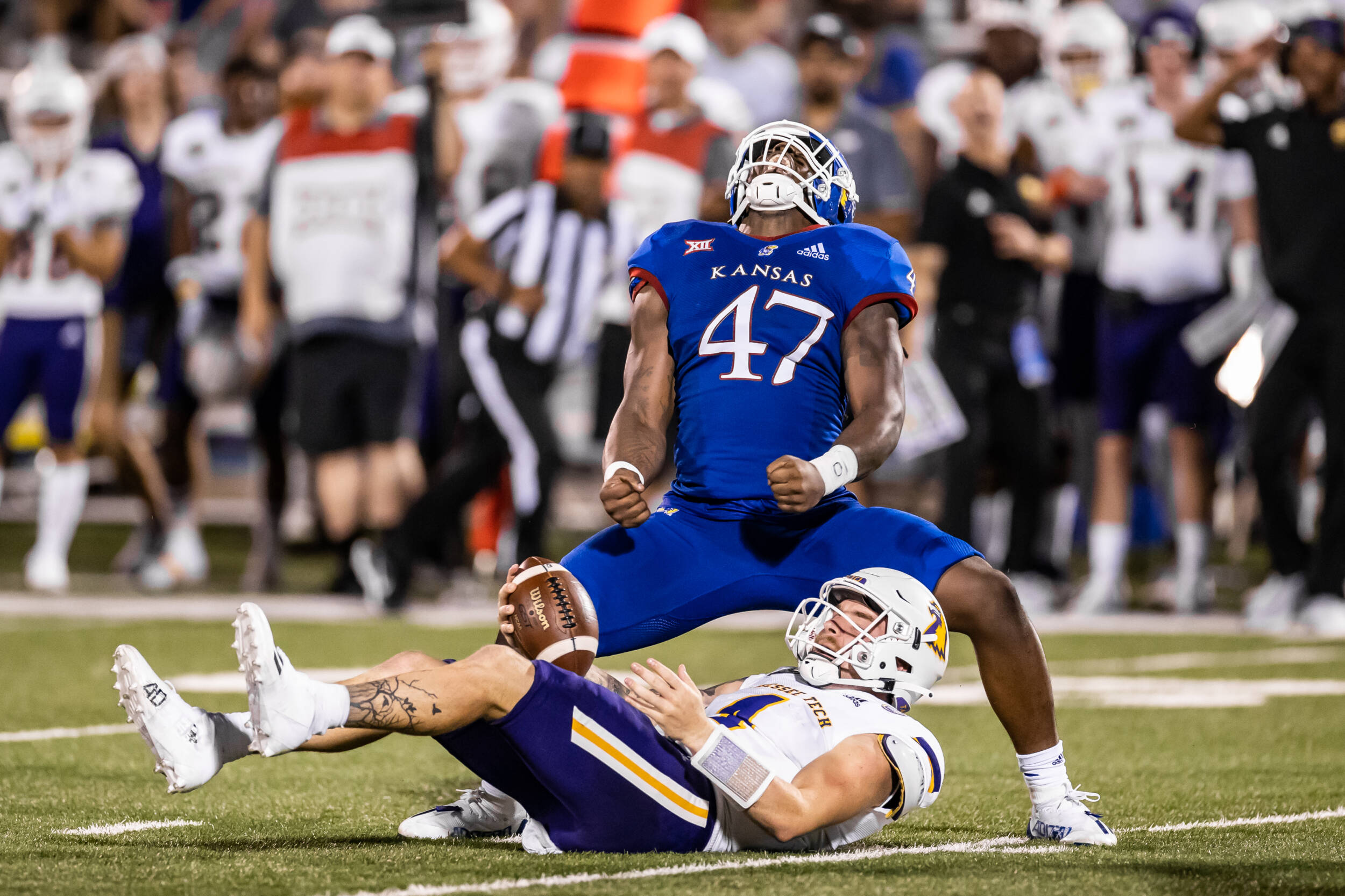