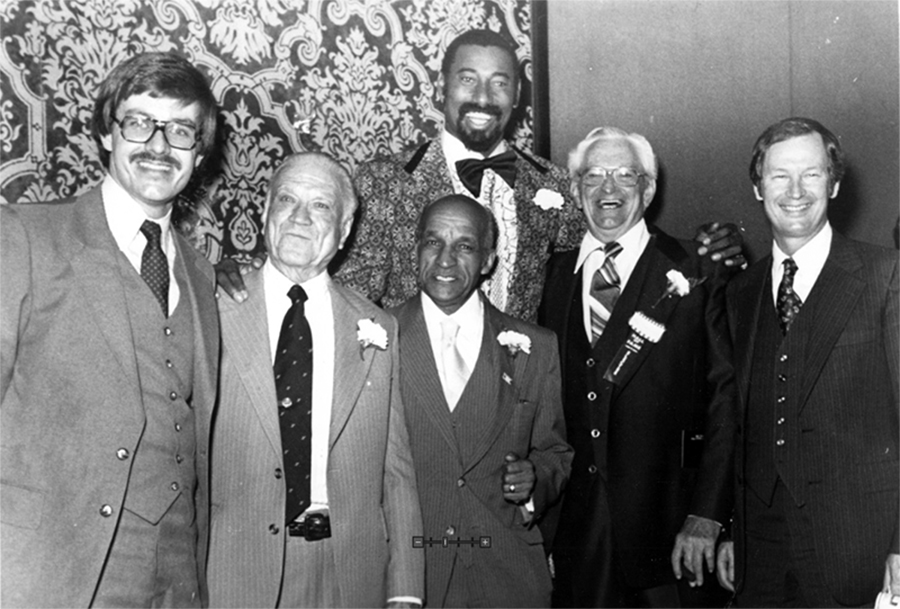 John McLendon with other Hall of Fame inductees. From left to right: Don Baker,
A.C. “Dutch” Lonborg, John McLendon, Wilt Chamberlain, Bill Johnson, and Ted Owens.
Recently inducted for the second time into the Naismith Memorial Basketball Hall of Fame, let’s take A Look Back at a great Kansan and Jayhawk, John McLendon.  McLendon studied physical education and basketball at KU under Dr. James Naismith in the 1930s.  He broke multiple barriers during his highly successful career, including but not limited to:

McLendon was first enshrined in the Naismith Hall of Fame under their “Contributor” category in 1979; his induction in 2016 is for his achievements as a coach.