LAWRENCE, Kan. – The Kansas Jayhawks (2-7) tallied a four-set victory over No. 11 Kansas State (5-4) Thursday in the Horejsi Family Volleyball Arena in the first of two matches in the Dillons Sunflower Showdown, earning head coach Ray Bechard his 400th win at Kansas.

After commanding an eleven-point edge at 16-5, the Jayhawks never looked back and maintained their advantage throughout the first set, beating the Wildcats, 25-11. Kansas capped the set win on a service ace by Farris, the Jayhawks fifth ace of the set.

The second set was a back-and-forth battle, beginning with a Kansas State lead. KU rallied back from the deficit created by the Wildcats and captured the lead for good on a kill by Jenny Mosser at 16-15. The Jayhawks maintained the two-point edge until a kill by Caroline Crawford gave Kansas the win at 25-23 and a two-set advantage.

Kansas State held the lead throughout the third set, despite the Jayhawks efforts to stop the Wildcat momentum. KSU captured the third set, 25-11, but Kansas rebounded quickly in the fourth.

The Jayhawks jumped out to an early lead in the fourth and maintained it until Kansas State tied it at 12. The Wildcats captured the lead and held back the Kansas attack until the teams were once again tied at 22. Kansas State suffered back-to-back attack errors and a kill by Anezka Szabo earned Kansas the victory. 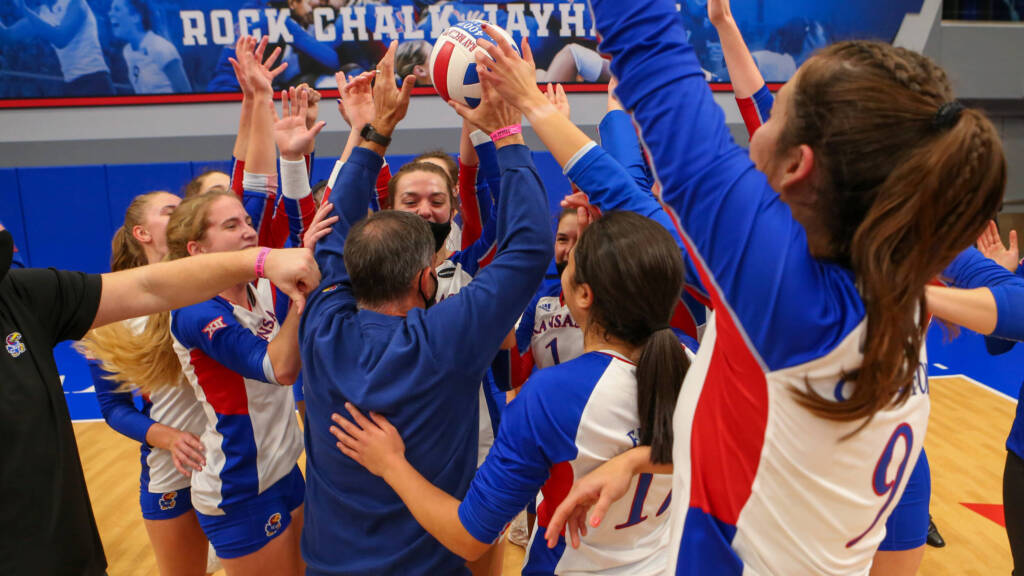 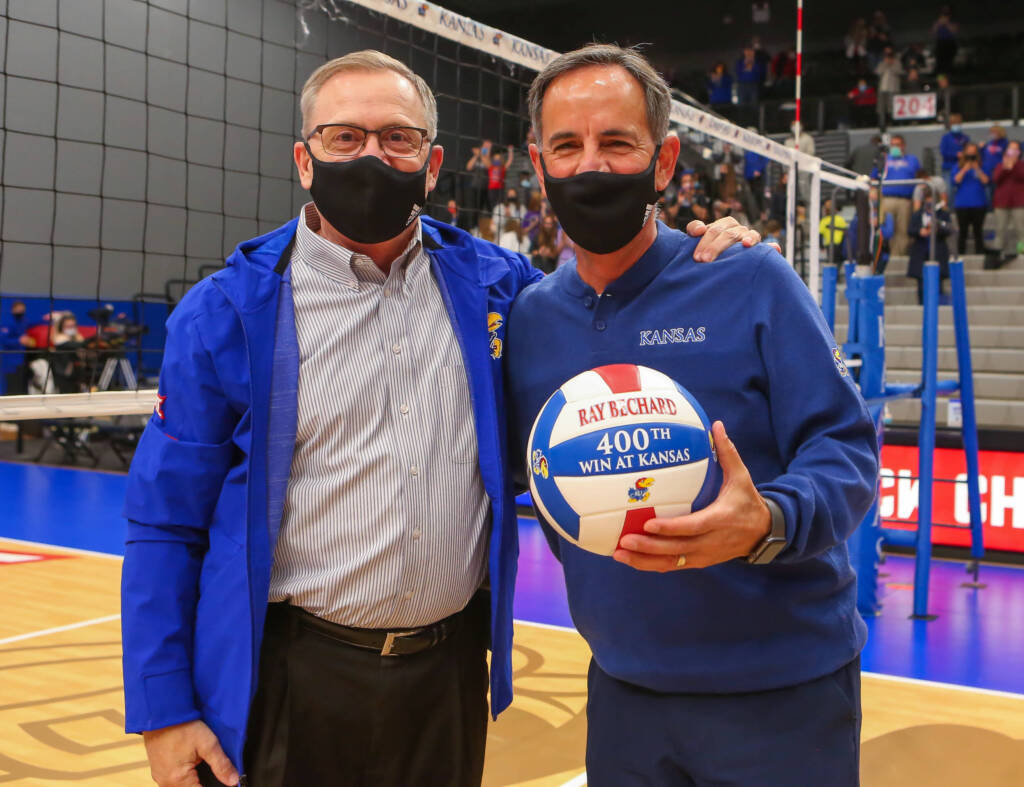 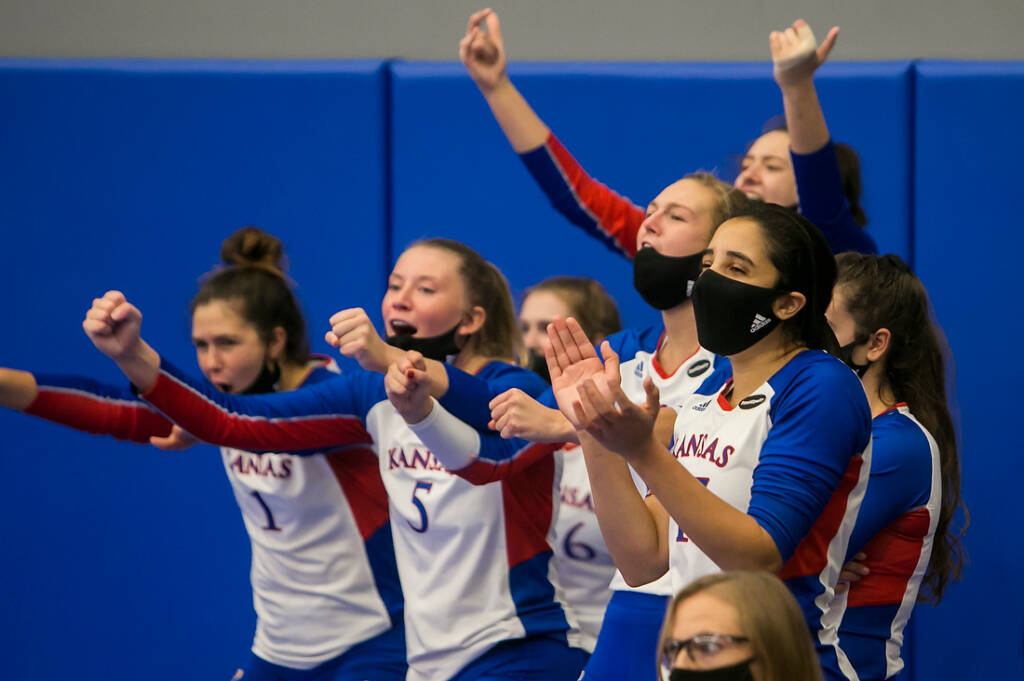 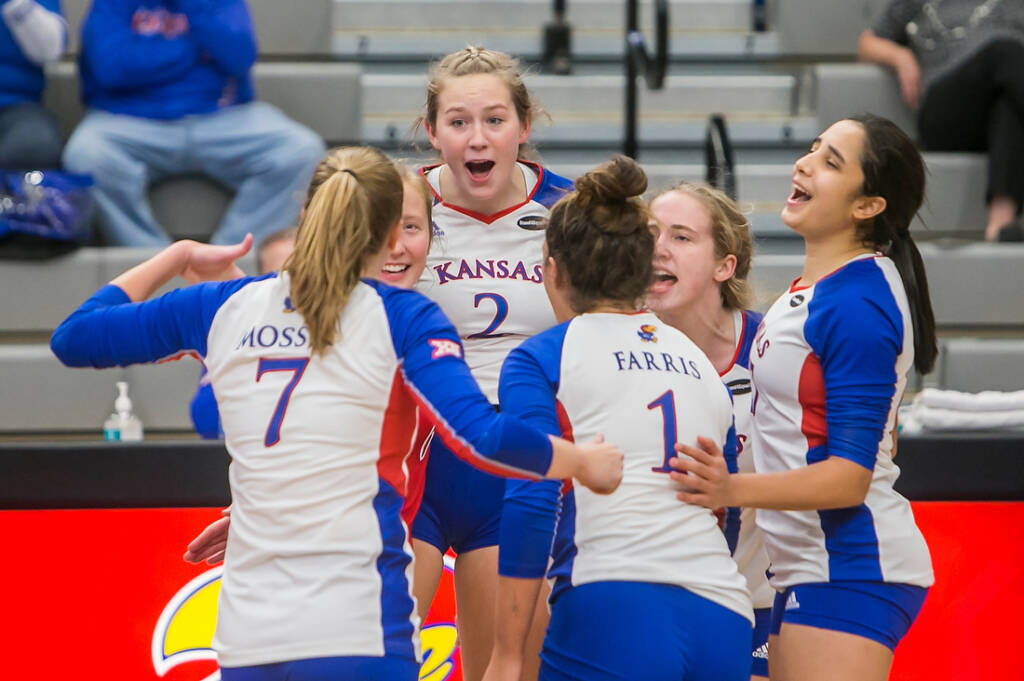 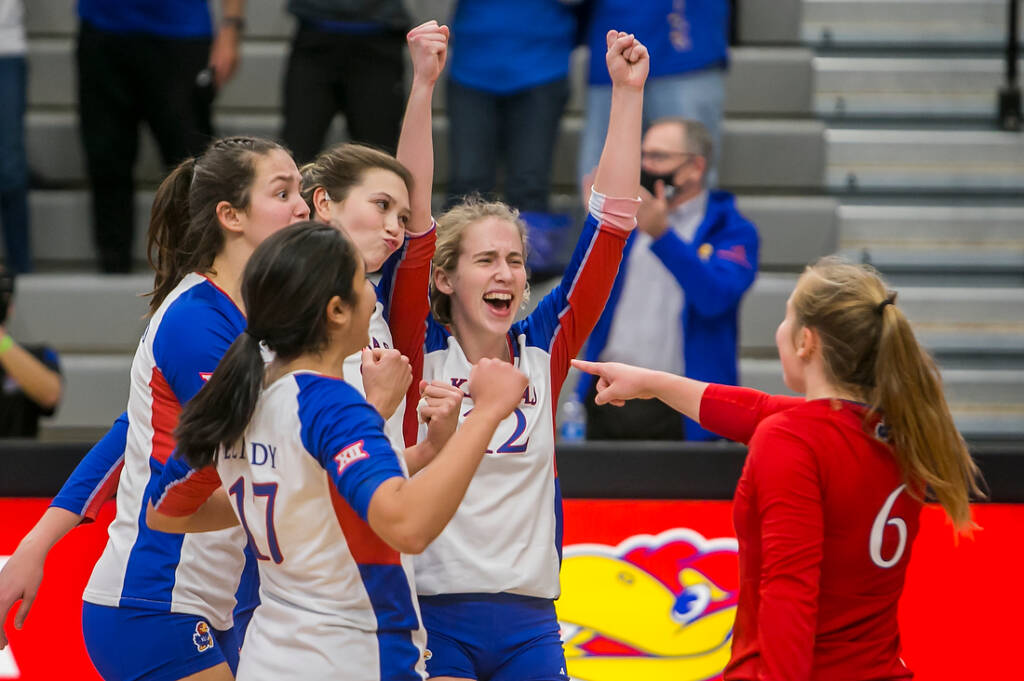 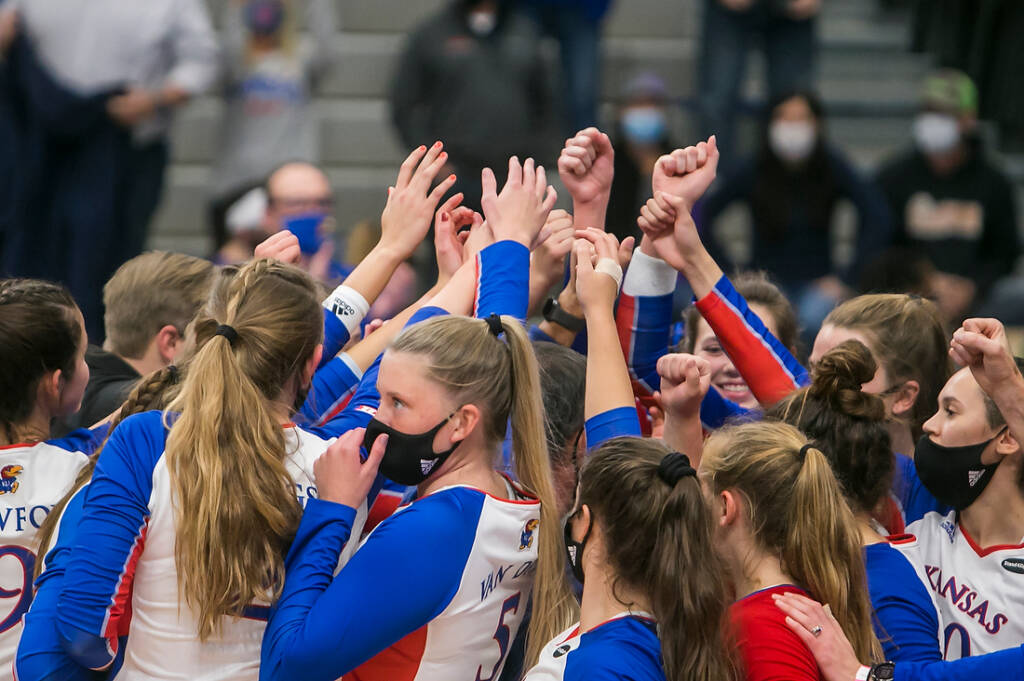 On tonight’s victory over Kansas State …

It was good to get close to full speed, and it is key to this team. Jenny Mosser’s leadership and competitive confidence will go a long way to settle the rest of the team down. We ran a 5-1 system tonight with Elise McGhie, and she spread it around. We had good balance offensively and she was key in our hitting percentage. Beating a team that is playing well, and an in-state rival will lead to better things for this team.

On preparing for the match tomorrow …

That is the challenge in playing a team back-to-back. You earn an emotional win, can you come back and create that same type of competitive confidence, energy and concentration to play well again. That is our goal and with a younger team, that can be a challenge.