Early on Mother’s Day morning this year, I woke up curious about Lawrence – a town I hadn’t visited in nearly 30 years.

I came into my office, and decided to walk around campus because I hadn’t checked it out yet. I walked down Jayhawk Boulevard and got to the top of the Union parking garage, where I was looking out.

I could see everything. In that moment, I felt extremely lucky; like a ‘I can’t believe it type of thing.’

Not in my wildest dreams would I ever have thought something like this was going to happen. But here I am.

My name is Brian Borland, and I’m the new defensive coordinator for the Kansas Jayhawks. I’m also proof that dreams do come true.

Let me tell you about how it all started for me, and how I got here to proudly serve as a coach for this football program.

I got my start as a graduate assistant at the University of Wisconsin, and then moved onto the University of Florida, where I had the same role. I saw firsthand how much time was required as an assistant coach, and the amount of moving around guys were doing. As a young father at the time, I really thought I’d be a small college football coach for the rest of my career.

I moved on to the University of Minnesota-Morris for a few seasons where I was the defensive coordinator and secondary coach, and also coached track and field. I then moved onto Baker University in Baldwin City, where I coached football, and also served as the head softball coach.

At those places, you’re not just wearing one hat; you’re doing multiple things most of the time. At various times, I’ve been the equipment manager, I’ve taught classes, and I’ve had dual-sport responsibilities as well.

I ran track in high school, but that was the extent of my track experience. I played one fast-pitch softball game before I became the softball coach at Baker. They were trying to fill a role, and I was trying to earn some extra money.

In my final season at Baker, we were preparing for a postseason game, and came to Lawrence to practice at Memorial Stadium. Before I returned to town last week, that was the only time I had ever been to Lawrence.

We were in and out of town, and that was that.

The next year, I accepted a job at Wisconsin-Whitewater as the defensive coordinator. I kept my track gig for another eight years, always knowing football was the long-term answer. With my attention divided, there were probably times where I didn’t grow as much as I would have wanted to.

Travis Goff: The Process of Hiring the Leader of Kansas Football | The Clash of Dreams and Reality | Head Coach of the Leipold Family | Darrell Stuckey II: It’s a New Day in Lawrence| Inside the First 72 Hour with Kansas Football Head Coach Lance Leipold

I went to every clinic that I could. I watched videotapes. I read articles. I did everything I could to keep improving as a football coach. You never fully get away from football when you’re doing those other sports.

In 2007, it all changed. We were the national runners-up in 2005 and 2006 and we were knocking on the door of winning national championships. The school hired Lance Leipold as the head coach following the 2006 season, and it was on.

As we both got into coaching, we stayed connected. He obviously found some traction and got going. I was at Whitewater starting in 1994, and was there for a number of years before he got there. When he got there in 2007, he fortunately kept me on. That’s really how we got it going, and obviously things went really well.

We won four national championships in his first five years, and Lance brought some of the dynamic that was missing. He has a lot of strengths, he has tremendous vision for things, but he also has his feet on the ground. He can tell you specifically how to make something better, and then make it better. Too many times, coaches have dreams with no basis of reality.

He has dreams, and he also has a way of getting it done. Once it got going at Whitewater, it wasn’t just a one-year flash. It was sustained over time. I think that’s because of the foundations that he brought to the program.

In 2015, we moved onto Buffalo and used what we learned at Whitewater to have a very successful six-year run there. We went 24-10 over the final three seasons and went to three bowl games, and won two of them.

After he accepted the job here at Kansas, he called me and asked me to come with him. I got on board right away, and then got on the phone to call my mom and dad, Glen and Jean. I wouldn’t be coaching if it weren’t for my dad. I got to see all the Saturdays and Sundays he’d be working and I’d just be sitting in the basement, watching him work. 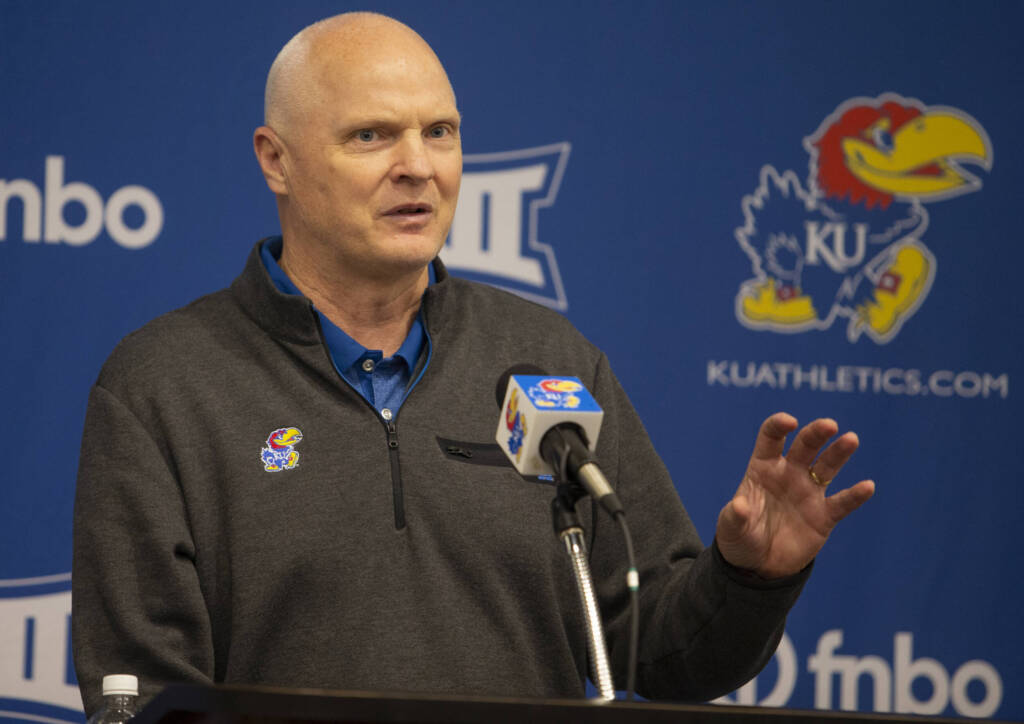 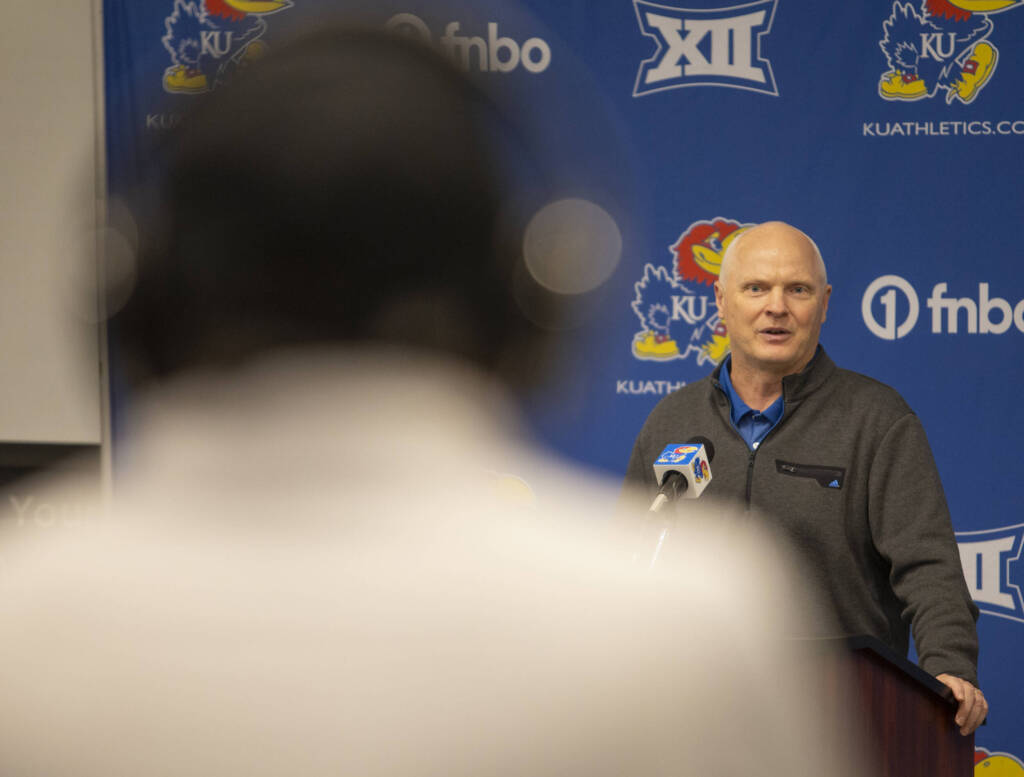 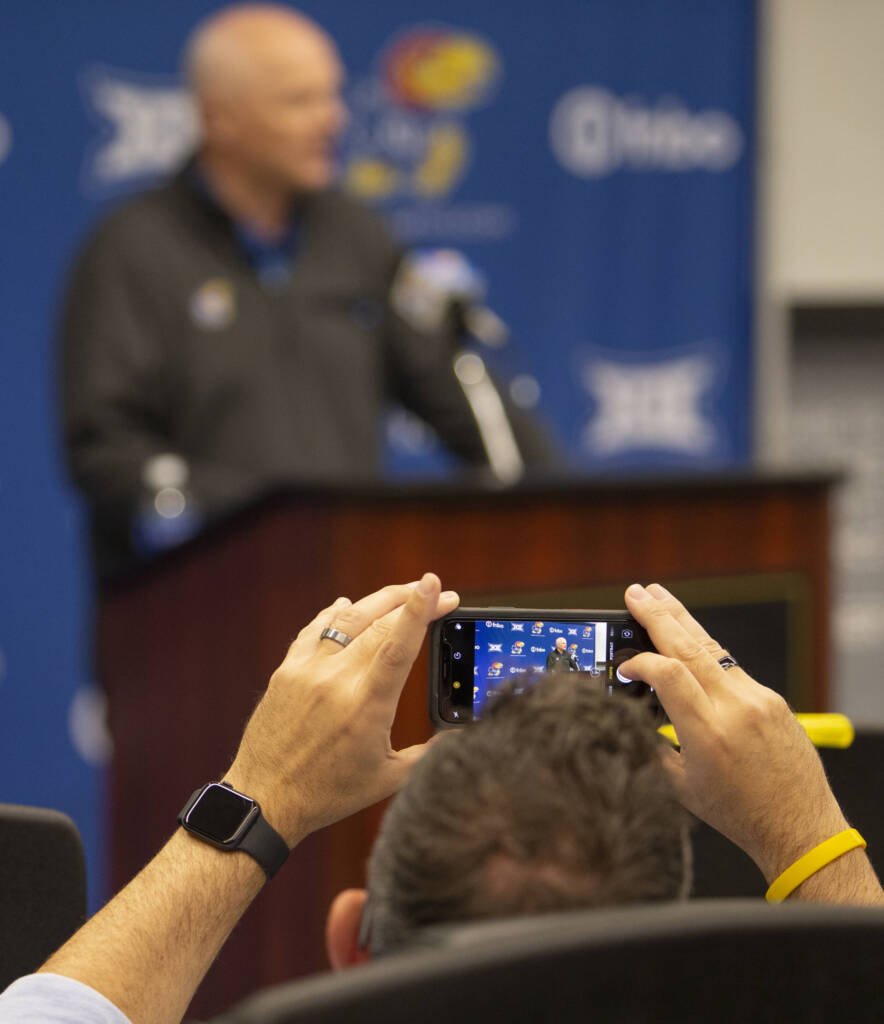 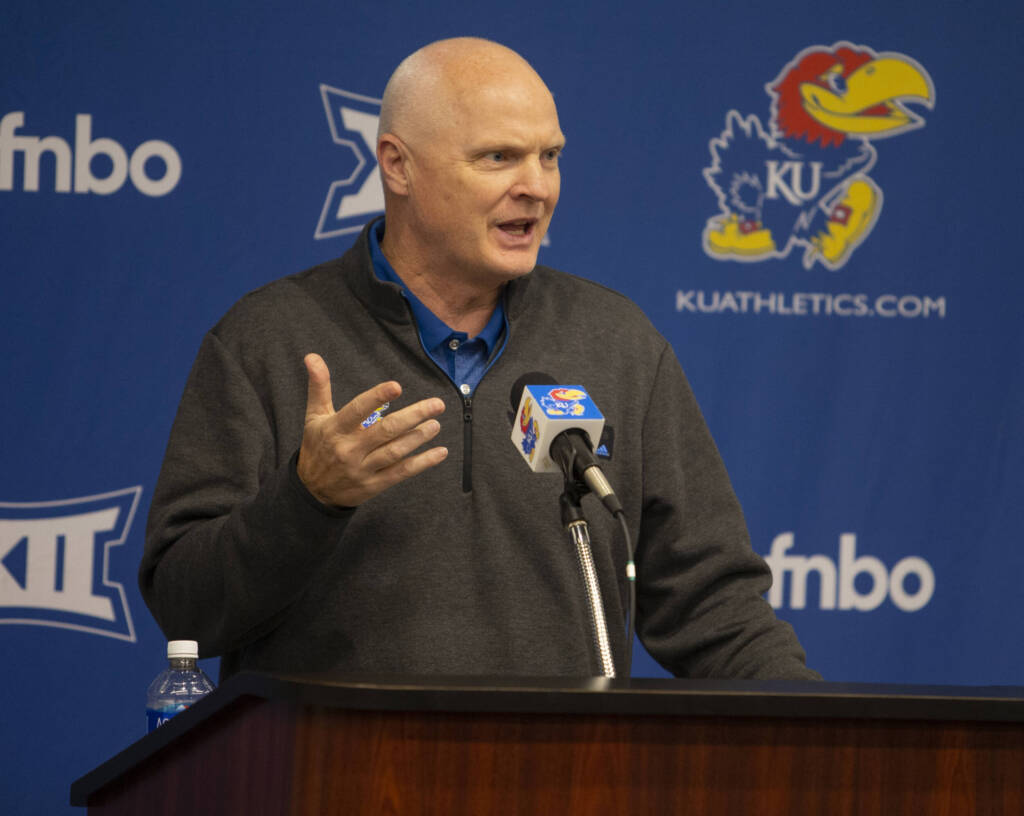 That was my introduction. That was just part of the fabric of our family. There came a point in college where I didn’t really know what I wanted to do, but that’s where I gravitated towards, and now I can’t envision myself doing anything differently. My dad is very hard working, very well respected, and I saw all those good qualities and I have tried to emulate those in a lot of ways.

So now I’m here, ready to coach as hard as I possibly can for the Jayhawks. Here’s what you need to know about me. As our defensive coordinator, we’ll emphasize “five plays”, and I’ll tell them to you right now.

This has been in the formula for our success at Whitewater and Buffalo, and will continue to be here. We will work as hard as we possibly can to give you a team and a defense you’re proud of.

Let’s get to work.