Ceri Holland: Stepping Out of My Comfort Zone

I’ve never been more nervous for a game than I was when I stepped onto the field in a Wales jersey for the very first time. As a kid, you lay your head down at night dreaming of the impossible. And there I was living it.

There I was starting for my home country on the national stage.

You would have had to pinch me to convince me that any of it was real, and even then, I probably still wouldn’t have believed you.

I was nervous, but I was also ready.

After all, I did leave my family and friends back in the UK for a plane ride halfway across the world to play college soccer at the University of Kansas for four years. There’s no going home after a bad day or bad training session.

You’re away from all of your family and friends for long periods of time, and you have to learn how to stand on your own two feet. I truly believe that journey paved the way for everything that came after, including my professional career.

I know some people have these glamorous college commitment stories, but mine was quite simple, actually.

Kansas always felt like the right fit, so on Christmas Eve, I was just lying on my couch when I decided to commit through a text message.

“Alright, I’m committing to Kansas,” I replied to the coach.

And boom, just like that, I was a Jayhawk.

I’m a pretty chill and easy-going gal, if you can’t tell.

My parents thought it was a great opportunity, and I don’t think they wanted to see me pass it up, even if it meant leaving the country. But they’ve always allowed me to choose my own path. They didn’t want me doing anything I didn’t want to do. So they weren’t pushing any decisions on me.

I got into football, as we call it here, because of my dad, who was also a player back in the days—definitely got my competitiveness from him.

And he was also my coach early on.

I remember him making me do keepy-ups with both my right and left foot to improve my touch with the ball. I’d do 10 with my right foot and thought I was done, but then he’d chime back in and say it only counts if you do right-left, right-left.

He was that dad.

But he was always there for me whenever I needed him. You know, I really did get to a point where I honestly wasn’t sure if America was for me. It wasn’t easy by any means, but I eventually managed to get on that plane ride to Kansas.

I was throwing out phrases like “see ya soon,” when in reality, I was getting on a plane to live somewhere else for the next four years. It takes a while for something like that to really hit you. I wasn’t just going away for a holiday.

I was legit moving to another country. Continent, actually.

I just wish someone would have warned me about the heat before I moved there. That first summer was rough for a British girl that had never seen temperatures above like 30 degrees celsius. So it was a bit of a shock to the system.

Although, looking back, I have to admit it did me a world of good in the long term regarding my strength and conditioning. I think you have to develop as an athlete quite quickly to survive in those elements. I was fortunate enough to have some fantastic strength coaches that put a lot of work into developing me.

Along with improving as a player, just being in that environment at KU forced me to grow up really fast. You sort of have to when your family is thousands of miles away. I think that sort of experience builds your confidence.

There was a time when I was genuinely nervous and afraid to open up to new people, but that has obviously changed over the years. I’ve got friends for life in America—some of my very best friends. Their family became my family away from home.

I think those are the special bits you don’t see. Everyone sees what happens on the field, but it’s the behind-the-scenes stuff—building those lifelong bonds; that’s really important.

Life in the mini bubble

It was unfortunate how my college career ended.

COVID during your senior year isn’t ideal, but I think we were very lucky to have a season after all. That’s a testament to the staff and everyone that worked hard so we could keep playing.

It wasn’t normal by any means, but it was still a season. What more can you ask for?

It obviously was a different year, but I wouldn’t go as far as saying it actually spoiled my senior year, although I can see how that was definitely the case for some people.

I feel quite lucky, to be honest, that I could still say I had a really good senior year. It was my last year with my class. Moments like that don’t come around often.

I’m just thankful we were allowed to play.

COVID might not have spoiled my senior year, but it did play a role in my decision to come back home to the UK. I realized I had to spend some time with my family.

Fortunately, that decision came a lot easier after I signed my first pro contract with Liverpool FC.

Playing professionally has always been my goal, but for the sake of full transparency, that was as far as my future plans were laid out. I had no clue where or how I’d start my professional career.

So, I’m all the more thankful to have joined such as prestigious club right out of college. And best of all, Liverpool is only two hours away from my hometown.

As much as I loved my time at KU, and trust me, I really did, it’s very nice to be home.

I got my first call-up for Wales and played against Canada and Denmark. I grew up in Wales, and my mom is fully Welsh. So it was a special moment for her to get to see me walk out onto the field and represent our country.

It’s hard to put those feelings into words, especially when it’s something you’ve worked for all of your life.

My whole journey was such an absolute whirlwind that I sometimes have to stop and take a look back on what I’ve accomplished: the scholarship offer to come to KU, winning the Big 12 Championship in my junior year, signing a deal with Liverpool FC, and getting called up to play for Wales.

And it all started with my willingness to step outside of my comfort zone.

Thank you for believing in me, KU! 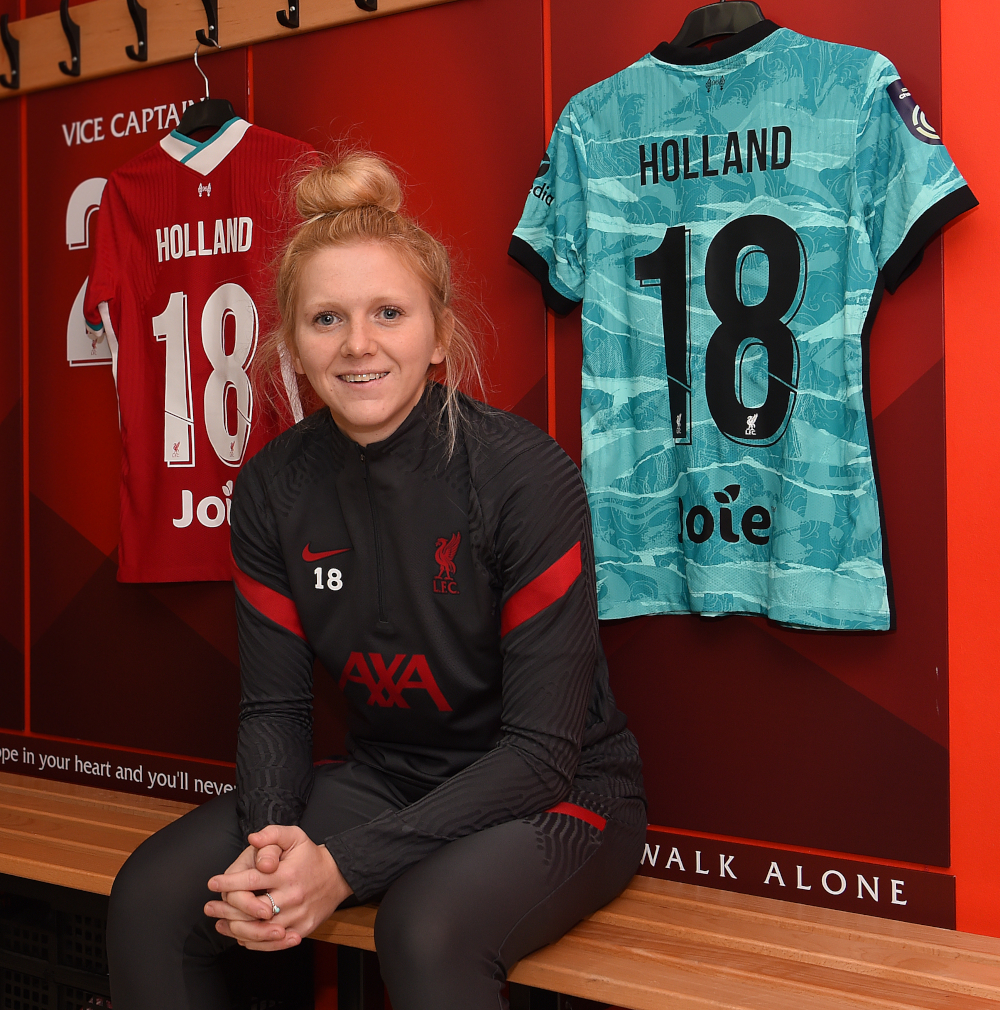