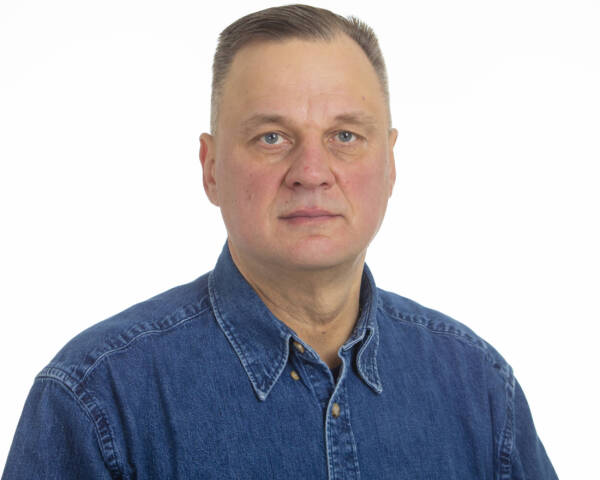 Andy Kokhanovsky is in his 17th season as a member of the Kansas track & field coaching staff, serving as the throws coach. In his first 17 seasons in Lawrence, his athletes garnered 59 First and Second Team All-America honors, 35 conference championships and two national championships. Four of Kokhanovsky’s athletes from KU have gone on to compete in the Olympic Games.

Kokhanovsky’s presence has been seen on a national and international scale. In 2021, Kokhanovsky guided Kansas’ Alexandra Emilianov, Mason Finley and Gleb Dudarev to the Tokyo Olympic Games.

During the 2021-22 college season, Kokhanovsky guided Emilianov to a runner-up finish at the 2022 NCAA Outdoor Championships in the discus, with Emilianov becoming the first Jayhawk in school history to have four first team All-American honors int he women’s discus. Emilianov also won the 2022 Big 12 Outdoor Championship, her third-career title in the event.

A year prior, Kokhanovsky coached Emilianov to the Big 12 indoor shot put title and Dudarev to the Big 12 hammer throw title – the fourth of Dudarev’s career, tying the most by an individual in Big 12 history in the event. Under Kokhanovsky, Dudarev (outdoor) and Emilianov (indoor, outdoor) went on to All-American honors, while Emilianov rewrote the record books in the shot put and discus outdoors. Dudarev went on to place as the runner-up at the NCAA Outdoor Championships in the Hammer Throw, and went down as one of the top hammer throwers in collegiate history.

In 2019, Kokhanovsky coached his athletes to three Big 12 Championships and two All-American honors, while also coaching Dudarev and Alexandra Emilianov to the IAAF World Championships in Doha, Qatar, where Dudarev placed eighth overall.

Kokhanovsky guided Nicolai Ceban added two All-American honors in 2018, earning Second Team honors in the shot put during indoor and discus in the outdoor season.  Dudarev added a third Second Team honor for Kokhanovsky’s throwers with a 12th place finish at the NCAA Outdoor National Championship, after previously winning the Big 12 title for the hammer throw. Emilianov won her first Big 12 title in the discus during 2018 and then went on to become the third Jayhawk to earn Second Team All-America honors during the 2018 season after placing 12th in the discus at the NCAA Outdoor National Championship.

Kokhanovsky oversaw the rapid raise of Daina Levy, who became the second Jayhawk in three years to attain First Team All-America status in the hammer throw. She also garnered league titles in the weight and hammer throws in 2016 and notched a third-place finish in the weight throw at the NCAA Indoor Championships.

The 2016 season also saw Kokhanovsky pupil Mitch Cooper take down one of the school’s longest standing records. Cooper upended Doug Knop’s 46-year-old KU record in the discus, before going on to win the Big 12 title in the event later in the year.

Twenty-fourteen also saw another one of his athletes claim a Big 12 title as Jessica Maroszek won her second-straight discus championship, doing so in grand fashion after winning the competition with a meet-record throw of 197’5”.

In 2013 he once again mentored a host of Big 12 Champions and All-Americans, who played major roles in helping the women’s program to its first Big 12 team titles and a NCAA Outdoor Championship.

Alena Krechyk picked up her second weight throw league title and added on her second First Team All-America distinction in the hammer throw. Maroszek earned her first Big 12 discus crown and tallied a fourth-place finish in the event at the national championships. Heather Bergmann ended her KU career with a school record javelin toss which earned her second-straight First Team All-America honor. For the men, Jesse Vaughn won the Big 12’s javelin championship, making it seven out of Kokhanovsky’s then-eight seasons that a KU male won a throwing event at the conference meet.

Twenty-twelve saw another standout season for Kokhanovsky’s athletes with the highlight coming when Krechyk claimed the Big 12 hammer throw title with her school and meet record toss of 69.02 meters (226’5”). Krechyk went on to be named a First Team All-American in the event and joined Kokhanovsky athletes Mason Finley (shot put, discus) and Heather Bergmann (javelin) to add their names to the First Team All-America lists.

Kokhanovsky led one of the strongest groups of throwers the school has seen in 2011. He tutored four throwers to First Team All-America honors in five events, including Finley’s fourth Big 12 title. He also saw two of his athletes break school records, with Finley smashing the KU shot put record and sophomore Bergmann breaking the record in the javelin.

In 2010, Kokhanovsky mentored Finley to an outstanding rookie season. Finley won the Big 12 indoor title and claimed both the shot put and discus titles at the Big 12 Outdoor Championships. Finley earned All-America honors in all three events and finished second at the NCAA outdoor meet in both the shot put and discus. He was named the Midwest Region Field Athlete of the Year and also earned the Big 12’s Outstanding Male Freshman of the Year award. Kokhanovsky also coached Brian Bishop to an appearance at the 2010 NCAA Outdoor Championships in the discus, where he finished 15th.

His collegiate coaching career began at McNease State where he coached throws and multi events from 1998-01.

Kokhanovsky graduated from Abilene Christian University in 1998 with a B.S. in education. In 1996, he set a Division II national record in the discus with a throw of 211’5”. He was also the national champion and an All-American in the event. The same year, Kokhanovsky represented the Ukraine in the discus at the Olympic Games in Atlanta.

In addition to his time as a collegiate thrower and coach, Kokhanovsky was a member of the Soviet Union and the Ukrainian national teams from 1984-93. In 1989, he won the USSR national championship in the discus and in 1992 was ranked as high as 12th in the world in that event after throwing his personal record of 215’5”. He competed in the World University Games in Germany (1989), England (1991) and the United States (1993). Additionally, Kokhanovsky held the Soviet national high school record (ages 17 and younger) in the discus with a throw of 215’2”.