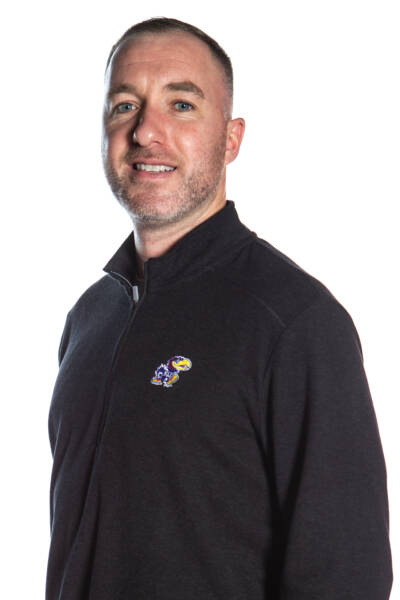 Morningstar came to Kansas from Kansas City Kansas Community College where he was an assistant coach for the two seasons under head coach Brandon Burgette. In 2019-20, KCKCC won the regular-season conference title and the regional title before pandemic ended the year. Prior to KCKCC, Morningstar spent time at Texas Wesleyan in Fort Worth, Texas, where he was an assistant coach for two seasons under head coach Brennen Shingleton. In 2018, Wesleyan advanced to the NAIA Tournament in Kansas City, Missouri, after winning the regular-season conference title.

During his time at Kansas, he played in 116 games and made 68 starts. He was an All-Big 12 Honorable Mention selection and was named to the Big 12 All-Defensive Team his senior season.  He also received numerous academic honors, including Academic All-Big 12 Second Team and multiple appearances on the Athletic Director’s and Big 12 Commissioner’s honor rolls.

Morningstar is the son of Roger Morningstar who played on KU’s Big Eight Conference regular-season title teams in 1973-74 and 1974-75. The 1974 Jayhawks advanced to the Final Four. Brady’s two sisters, Jamie and Linsey, played volleyball at Kansas.