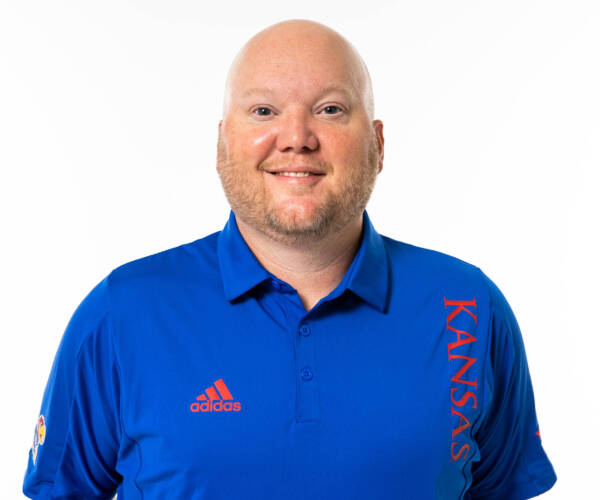 Brandon Scott joined the Kansas baseball staff in June 2022. Scott came to Kansas after spending the previous six seasons at Southern Illinois-Edwardsville as the Recruiting Coordinator/Pitching Coach. His pitching staff lowered its team ERA in each of his first four full seasons with the Cougars. Since SIUE moved to the Division I level in 2009, Scott’s group set a new season team record for opponent strikeouts in both 2018 and 2019. Prior to the cancelation of the 2020 season, SIUE ranked sixth in the nation in strikeouts per nine innings pitched.

Scott also held the title of Recruiting Coordinator/Pitching Coach at both Wabash Valley College (2014-16) and Des Moines Area Community College (2007-10) as well as Volunteer Assistant at Eastern Kentucky (2006-07). Head Coach Dan Fitzgerald and Scott worked on the same staff at DMACC from 2007 to 2010.

In 2015, Wabash Valley claimed the Region XXIV championship while finishing the season 47-13. Scott’s pitching staff finished the year with a 2.40 team ERA, while recording 506 strikeouts in 465 innings of work. In Scott’s time at Wabash Valley, 19 pitchers continued playing at a higher level as eight pitchers from the 2016 team moved on to NCAA Division I schools, and 11 pitchers moved on to the Division I level following the 2015 season.

During his tenure at Des Moines Area Community College, the team advanced to the National Junior College Athletic Association Division II World Series in 2008 and 2009. Scott recruited and coached 13 players who were selected in the MLB Draft and 24 who signed with Division I institutions.

A native of Henderson, Kentucky, Scott earned his associate’s degree from Wabash Valley College in 2002 and his bachelor’s degree in general studies from Eastern Kentucky University in 2006. Scott played two seasons at Wabash Valley College in 2001-02 and two seasons at Eastern Kentucky in 2003-04. Scott, and his wife, Denise, have one daughter, Reese.