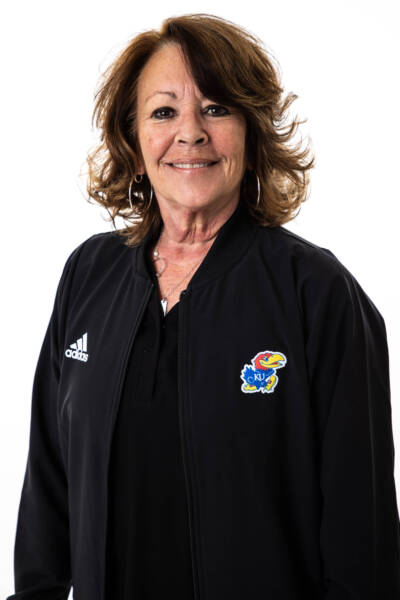 To say that dance and cheer has been a part of Cat Jarzemkoski’s (Cat J’s) life would be a bit of an understatement. Growing up and becoming involved in cheer and dance at age 10, Jarzemkoski’s family and friends never had much trouble knowing where to find her: typically on the sideline, under the basket or in a dance studio.

Jarzemkoski was a part of the Kansas City Chiefs’ cheerleader program for 25 years, first as a “Chiefette” starting in 1972, then as a cheerleader until 1985. Following her tenure on the field, Jarzemkoski became an assistant coach and choreographer for the Chiefs program and maintained a dance studio, in Lenexa, Kansas.

She has choreographed for Junior League of Johnson/Wyandotte County, many “Late Night in the Phog” routines, Flash Mob routines at KU basketball and fundraising events.

Jarzemkoski credits much of her career success to the foundation of dance instilled by Shirley Marley of the Miller Marley Dance Studio. Practice, hard work, discipline and fun are components that have driven her to excel not only on the field, dance floor or court, but in life as well.

“Many of the skills necessary to become successful in dance and cheer at an early age, are those that will serve a young person well in their careers and life,” said Jarzemkoski.

Named Spirit Squad Coordinator in 2000 by Kansas Athletics, Jarzemkoski brings a blend of experience, solid foundation of skills and a passion for dance and cheer to the coaching staff and 65 members of the squad. She is proud of the squad’s accomplishments, including numerous awards at national events; the credibility of the program; rapport with the fans and the important role the squad plays in representing the University of Kansas, which is a testament to all the hard work accomplished by team members and staff.

Jarzemkoski resides in Lenexa, Kansas with her husband, Walt, and son, Hank.