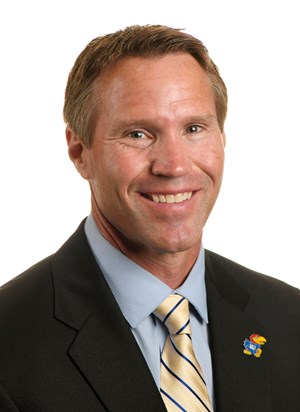 Heading into his 21st year on the Kansas coaching staff and 24th year overall with the program, Clint Bowen serves as the safeties coach on Les Miles’ staff.

Bowen’s 2017 defense featured four All-Big 12 players, including safety Bryce Torneden, who earned honorable mention honors from the conference coaches in his first season as a starter.

Bowen coached a pair of hard-hitting safeties for KU in 2016. Led by veteran Fish Smithson with 93 tackles and freshman Mike Lee with 77 stops–the Jayhawk backfield was in good hands. Smithson went on to earn All-Big 12 First Team honors on his way to signing a free agent contract with the Washington Redskins. Lee found his name on Athlon Sports’ Freshman All-America Team, while he also picked up All-Big 12 honorable mention honors from the league coaches.

In 2015, Bowen guided safety Smithson to a FBS-leading 87 solo tackles. Smithson came within three tackles of tying Bowen’s top-three mark in KU history for tackles in a season by a defensive back and became the first DB to lead the team in tackles since Darrell Stuckey in 2009. Smithson’s 111 tackles were the most by a DB since 1998.

Bowen was tabbed as the Jayhawks’ interim head coach on Sept. 28, 2014, posting a 1-7 mark while guiding KU through the remainder of the 2014 campaign. He had previously served as the special teams coordinator and defensive backs coach in 2012, before moving over to coaching the linebackers in January of 2013, then adding the title of defensive coordinator in December of 2013.

In addition to his interim head coach duties, Bowen still tutored the Jayhawk linebackers, specifically Ben Heeney, who was a unanimous All-Big 12 First Team selection in 2014 and a fifth-round pick in the 2015 NFL Draft.

The Lawrence native and 1995 KU grad returned to his roots in 2012, as he accumulated 13 years of coaching experience with the Jayhawks prior to his latest return to Lawrence. He began his Kansas coaching career by working as a defensive graduate assistant coach for KU in 1996. He then worked one season as a graduate assistant at Minnesota before returning to Kansas as a graduate assistant in 1998-99 and then serving as assistant director of football operations during the 2000 season.

Bowen took over the role of special teams coordinator in 2001, a position he held at KU through the 2005 season. In addition to manning the special teams, Bowen also coached tight ends (2001), running backs (2002) and safeties (2003-05) during that time span.

During his previous stint on the KU coaching staff, the Jayhawks posted a 3-1 bowl record, including a 24-21 win over Virginia Tech in the 2008 Orange Bowl. Kansas finished the 2007 season with a 12-1 record and No. 7 national ranking in both the Associated Press and ESPN/USA Today coaches polls.

Bowen had at least one of his players earn postseason All-Big 12 Conference recognition each year. The 2007 Kansas defense ranked fourth in the nation in scoring defense and ranked in the top-10 nationally in both passing defense and rushing defense.

Bowen was a hard-hitting defensive back for the Jayhawks in 1990, 1992-93, following one season at Butler County Community College. He led the KU defense in tackles in 1993 with 114 total stops. That figure ranks as the third-most tackles by a Jayhawk defensive back in school history.

Bowen was instrumental in helping the Jayhawks to an 8-4 final record, a No. 22 national ranking and a win over Brigham Young in the 1992 Aloha Bowl. He was the recipient of the school’s Willie Pless Tackler of the Year Award following his senior season in 1993.

He is the product of a football family. His father (Charley Bowen) was a high school All-American at Lawrence High School and his older brother (Charley, Jr.) was a four-year letterwinner as a defensive back for the Jayhawks (1989-92).

Bowen and his wife, Kristie, have two sons, Baylor and Banks. Kristie Bowen is the 2014 Mrs. Kansas and was named Miss Kansas in 2001.