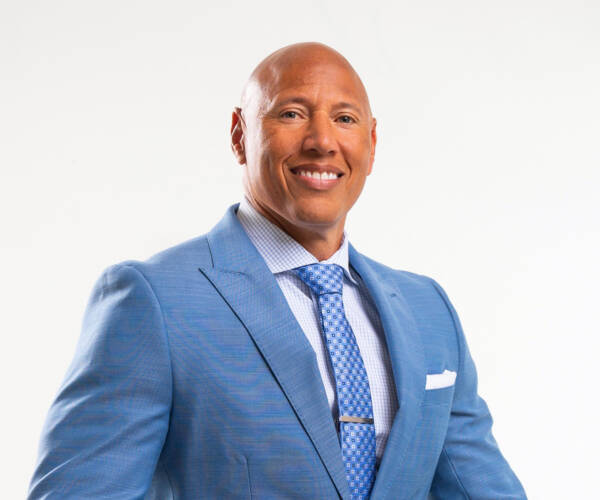 Fred Quartlebaum, “Coach Q”, a veteran college basketball coach with close to 30 years of experience, joined the Kansas men’s basketball staff as Director of Student-Athlete Development in June 2013 and moved to Director of Basketball Operations role in 2020. In this role, Coach Q takes pride in ensuring efficient logistical operations of the team and developing players for lifelong success on and off the court. In Nov. 2021, Quartlebaum was recognized as “50 Notable Division I Support Staff” in college basketball by Silver Waves Media.

Quartlebaum serves on the University of Kansas’ Diversity, Equity and Inclusion Leadership Committee, Strategic Planning sub-committee for Culture Building, Leadership and Integrity and leads social justice initiatives to empower and educate the men’s basketball program. Quartlebaum also serves on Team IMPACT’s Athletic Advisory Board to assist in partnership structure and spread awareness about Team IMPACT’s programs with schools and conferences throughout the country. He believes the power of sport can unite, inspire, and change the world.

In the summer of 2015, Quartlebaum was an assistant coach who guided the USA National Team, made up mainly of University of Kansas student-athletes and KU coaches and staff, to the gold medal at the World University Games in Gwangju, Korea, by posting an 8-0 record. The medal was USA’s first in three World University Games and the first gold, 14th overall, for the Americans since 2005.

Quartlebaum has a long resume of basketball coaching experience. Prior to KU, Quartlebaum spent 20 years as an assistant coach recruiting and developing student athletes at the US Naval Academy, Towson, Holy Cross, Notre Dame, North Carolina, Iowa State, and six seasons as an assistant coach at St. John’s under current KU assistant coach Norm Roberts. While at Holy Cross he was the head coach for four games and picked up his first victory against Drake in the Lobo Invitational in December of 1997. He accompanied Matt Doherty from Notre Dame to North Carolina (2000-03) where he played a part in recruiting four McDonald’s All-Americans who eventually would win an NCAA title in 2005. While at St. John’s, Quartlebaum attended the Black Coaches Association’s (BCA) “Achieving Coaching Excellence” (ACE) program and was named to the NCAA Men’s Basketball Ethics Coalition.

In August 2021 Quartlebaum fulfilled a lifelong goal, co-authoring “The Positivity Tribe in the Locker Room” which highlights a team’s journey through adversity to success by building a positive team culture, focusing on the details of small wins that lead to huge victories.

Quartlebaum played college basketball at Fordham where he was a four-year letterwinner from 1985-89. He helped the Rams to an NIT appearance in 1988 and was co-captain his senior season.