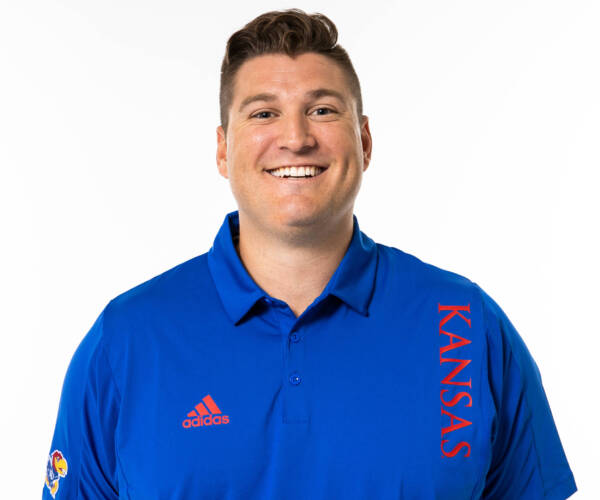 Jon Coyne joined the Kansas baseball staff as in June 2022. Coyne arrived at Kansas following four seasons at University of New Mexico as the Infield Coach/Recruiting Coordinator. He was also responsible for working directly with the hitters where his team’s batting average was at least .285 every year.

Coyne’s recruiting efforts resulted in the highest ranked high school class in program history in 2020 as the group was ranked 33rd by Perfect Game on signing day. His JUCO signing classes also received high marks by Perfect Game as the 2022 class was ranked No. 20 and the 2020 class came in at No. 22.

While at Howard, Coyne helped develop 38 players that transferred to Division I programs and had four players selected in the MLB Draft. Howard helped the team post a 71-42 overall record and made regional appearances in each of his two seasons at Howard. In 2018, Howard led all NJCAA programs in home runs with 131.

Coyne’s two seasons at Cisco were highlighted by an appearance in the 2016 NJCAA World Series and an NJCAA Region V Championship that year. Cisco had a 90-30 record and made regional appearances in both of his seasons. Coyne assisted in sending 41 student-athletes to Division I schools and had 11 players picked in the MLB Draft.

A native of Fort Worth, Texas, Coyne played collegiately at El Paso Community College (2008-09) and at University of Texas Rio Grande Valley (2010). He graduated in 2012 from University of North Texas with a Bachelor of Arts in General Studies.

Coyne’s Coaching Career Highlights
• 79 student-athletes who have transferred to play Division I Baseball
• 20 MLB Draft selections
• Highest ranked high school recruiting class in program history at New Mexico in 2020 (33rd by Perfect Game)
• New Mexico’s JUCO signing classes were ranked No. 20 in 2022 and No. 22 in 2020 by Perfect Game
• New Mexico hit at least .285 every year under his hitting instruction
• Howard led all NJCAA programs in home runs with 131 in 2018
• Cisco made an appearance in the 2016 NJCAA World Series and an NJCAA Region V Championship