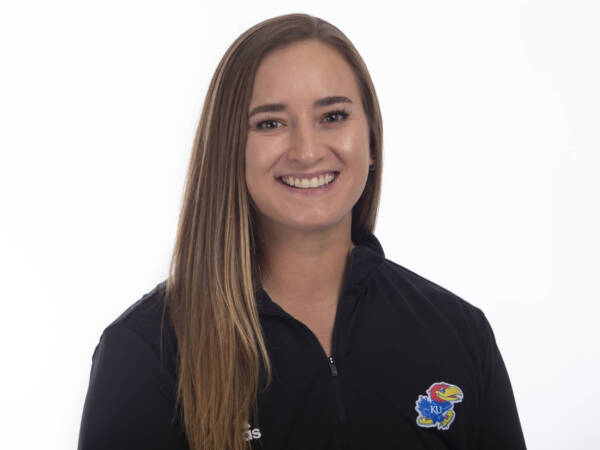 Working primarily with the pitchers, Lamberth helped freshman Kasey Hamilton to a solid freshman season in 2021. Hamilton led the Jayhawks with 59 strikeouts and one shutout. Lamberth also guided Hailey Reed to 34 strikeouts and seven win’s during her senior season. Reed (No. 18 Missouri) and Hamilton (No. 23 Wichita State), along with sophomore Tatum Goff (No. 10 Oklahoma State), were also key factors in the circle for KU, as each one recorded a victory over a top-25 ranked opponent.

During the 2020 season, Lamberth helped lead Goff to a strong freshman year in the shortened season where Goff appeared in 15 games and picked up five wins with two saves. Goff also led the team with 43 strikeouts.

Prior to her time in St. Louis, Lamberth was an assistant coach at Indiana University Purdue University Indianapolis and directly oversaw the pitching staff and three catchers.

Lamberth played four seasons at Northwestern (2010-13) and started 43 games in the circle her final two years in Evanston, Illinois. In her senior season for the Wildcats, she posted a 10-6 record in 94.1 innings of work with 60 strikeouts. The Wildwood, Missouri native also finished the final two years of her career in purple and white with a .208 batting average in 130 at bats.