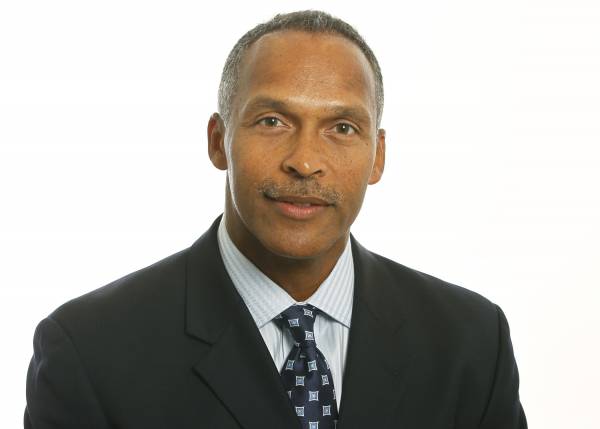 Norm Roberts enters his 12th season on the Kansas sidelines after rejoining Bill Self’s staff in June 2012. Roberts was on Self’s first KU staff in 2003-04 and returned prior to the 2012-13 season.

In his time at Kansas, the Jayhawks have won eight Big 12 regular-season titles, four Big 12 Tournament championships and have advanced to the NCAA Tournament Sweet 16 six times, the Elite Eight five times and the Final Four twice, in 2018 and the 2022 NCAA National Championship title.

While on the KU sidelines, Roberts has coached six NBA Lottery selections in Josh Jackson, Andrew Wiggins, Ben McLemore, Joel Embiid, Kelly Oubre Jr. and Ochai Agbaji. Additionally, Roberts has seen more than 30 Jayhawks go on to compete professionally, be it in the NBA, the G-League or overseas.

Roberts returned to Kansas after serving the 2011-12 season as an assistant coach at the University of Florida, where the Gators advanced to the Elite Eight of the 2012 NCAA Tournament.

Prior to his year in Gainesville, Roberts spent six seasons as the head coach at St. John’s in New York, where the Queens, New York, native took over the Red Storm in 2004.

In his first season, the Red Storm showed that despite coming off several losing seasons they could compete at a high level with a pair of top-25 victories over No. 17 North Carolina State and No. 21 Pittsburgh while claiming the championship at the 2004 Holiday Festival at Madison Square Garden. St. John’s also defeated long-time rival Georgetown that year.

Roberts’ second season, 2005-06, St. John’s improved its overall and conference record and claimed the Holiday Festival championship for a second-consecutive year. The team also scored its first top-10 win under Roberts, defeating No. 9 Pittsburgh, 55-50, on Jan. 21 just four days after another top-25 win against No. 17/15 Louisville, 68-56.

A 1987 graduate of Queens College with a bachelor’s degree in health and physical education, Roberts is the school’s third all-time leading scorer with 1,719 points. He also is the career leader in steals (253) and is second in assists (460), and had his number (15) retired by his alma mater in 1993.

Roberts’ first job out of college was under legendary high school coach Jack Curran at Archbishop Molloy High School in Queens, where he spent three years as the head freshman coach and an assistant on the varsity squad. While at Archbishop Molloy, he had the opportunity to coach many noted New York players, highlighted by the 1991 No. 2 overall NBA draft pick Kenny Anderson.

He and his wife Pascale have two sons, Nicholas (Niko), who was a four-year letterwinner at Kansas from 2011-14 and graduated from KU in spring 2014, and Justin, who played collegiate basketball at Toledo and at Niagara. Niko is the associate commissioner for men’s and women’s basketball at the Mountain West Conference.