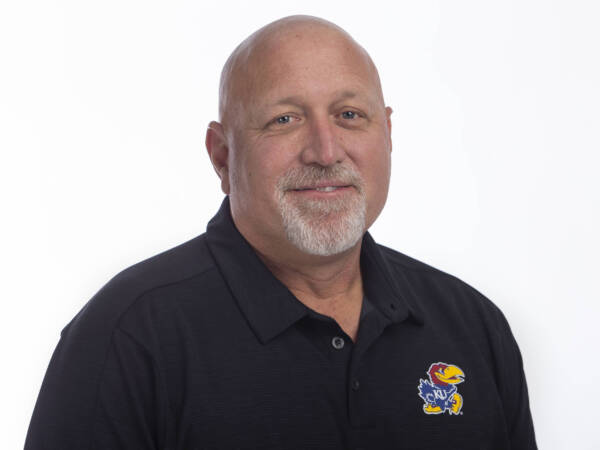 Rich Wieligman finished his fourth season as associate head coach for Kansas softball in 2021. Wieligman has 11 years of experience as a head coach, including leading Oklahoma State to the Women’s College World Series in 2011.

Wieligman served as the head coach at Oklahoma State for nine seasons (2007-15) and came to KU after a two-year stint at the University of Texas at Dallas (2016-17). He primarily coaches KU’s outfielders and hitters.

In 2021, Wieligman help guide the Jayhawks to 337 hits. The team finished with 56 doubles and 56 home runs, which is the second-most home runs in program history trailing only the 2011 team that finished with 60. Under his guidance, 10 student-athletes finished the season with double-digit hits and 218 RBI. Three Jayhawks, Sydnee Ramsey, Morgyn Wynne and Brittany Jackson, finished the year batting over .355, and the team held a .448 slugging percentage.

During the shortened 2020 season, Wieligman helped coach redshirt sophomore Shelby Gayre to a banner season at the plate. Gayre led the program with a .393 average. The catcher also led the team with 11 home runs, 24 RBIs and 13 walks.

“Having this opportunity to become a Jayhawk is such a great opportunity,” Wieligman said. “I look forward to working with the program and continuing to build progress toward bringing championships to Kansas. At my core, I want to bring out the best in our student-athletes and to help them get better every day. With our first-class facilities and a dedicated coaching staff, there is no place better to pursue those goals than at KU.”

The Kansas City-area native led the Cowgirls to three NCAA Tournament appearances, including a trip to the 2011 Women’s College World Series. Over those nine seasons, Wieligman won 275 games while coaching 24 all-conference selections, 19 all-region players and one All-American. In addition, he mentored 51 academic all-conference players and two Academic All-Americans.

In his two seasons at UT Dallas, Wieligman led the Comets to a 42-18 conference record, an American Southwest Conference (ASC) title and an NCAA Division III Tournament appearance. Wieligman coached the first All-American at UT Dallas and was named the ASC’s Coach of the Year in 2017 after guiding the Comets to best record in school history (36-10).

Wieligman played baseball collegiately at Lubbock (Texas) Christian University, earning his bachelor’s degree in education in 1985. While at Lubbock Christian, Wieligman helped the Chaparrals to an NAIA National Championship in 1983 and was named an NAIA All-American in 1984.

Upon graduation from Lubbock Christian, he spent four years in the farm system of the Detroit Tigers as a first baseman/outfielder, reaching as high as the Triple-A level. Wieligman would later play in both Japan and the Dominican Republic before starting his coaching career.

Wieligman quenched his competitive drive as a player by joining a fast-pitch team, DR Engine, based in Odessa, Texas, and he. DR Engine won a national title in 1995 and 1997, with Wieligman being named the MVP of the 1995 ASA National Tournament. He also earned ASA All-America honors in 1997.

After serving as recruiting coordinator and hitting coach for Baylor, he made his first NCAA Tournament appearance in 2001 while at Texas Tech and then helped coach Texas A&M to four-straight NCAA Tournament appearances from 2003-06, including a trip to the super regionals in 2005. In 2005, the Wieligman-coached Aggie hitters lead the nation in team batting average (.336).