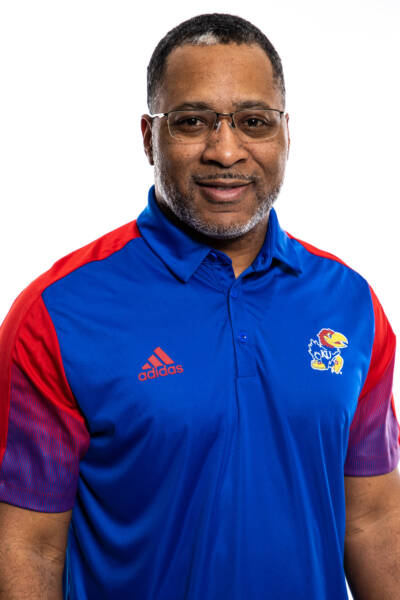 The Houston native most recently served as the wide receivers coach at Syracuse, and has also spent time at Michigan State, UNLV, Central Michigan, Arizona, North Dakota State, Southeast Missouri State and Nebraska-Omaha, where he worked alongside Leipold.

“We are very excited to add Coach Samuel to our staff, as he has a proven track record of success and player development on and off the field,” Leipold said. “Scott Fuchs and I have both worked with Terrence before, and I’m confident this will continue to help build our program alignment. He is a relentless recruiter, who works very hard at building relationships with the players in his position room.”

This past season at Syracuse, Samuel oversaw a young Syracuse receivers room, whose top three pass catchers were all freshmen or sophomores. The team’s leading receiver, redshirt freshman Courtney Jackson, had his best game in his final game, catching eight passes for 92 yards and two touchdowns.

Samuel spent the 2020 season at UNLV, where the Rebels played just six games due to the COVID-19 pandemic. In that one season, receiver Kyle Williams set the program record with 5.8 receptions per game and went on to earn freshman All-America honors and was named the Mountain West Freshman of the Year.

Prior to his one season at UNLV, Samuel spent nine seasons at Michigan State. During his time with the Spartans, Samuel mentored two Big 10 Receivers of the Year in Tony Lippett (2014) and Aaron Burbridge (2015), while his receivers garnered All-Big Ten recognition eight times. Samuel also helped produce five NFL draft picks and another six players who made active NFL rosters.

Lippett and Burbridge were both first-team all-conference selections while B.J. Cunningham, R.J. Shelton and Felton Davis III all earned second-team honors under Samuel’s tutelage. Cunningham, Lippett and Burbridge were all draft picks as was Keshawn Martin (2012) and Keith Mumphrey (2015). In addition, Bennie Fowler played six seasons in the NFL as an undrafted free agent.

Samuel was a part of eight bowl teams during his nine seasons with Michigan State. The Spartans earned trips to two New Year’s Six bowls (Rose Bowl and Cotton Bowl) and a trip to the College Football Playoff in 2015, in addition to an Outback Bowl appearance and a Holiday Bowl appearance, among others.

Before spending nearly a decade at Michigan State, Samuel spent the 2010 season at Central Michigan. During that season with the Chippewas, wide receiver Cody Wilson recorded just the sixth 1,000-yard season in program history, tallying 83 receptions for 1,137 yards.

Samuel spent two seasons at North Dakota State from 2008-09, prior to his time at Central Michigan. In 2007, Samuel served as the offensive coordinator at Nebraska-Omaha, where he took over for Leipold, who served in that role for the previous three seasons. During that 2007 season, the Mavericks won a conference championship and posted a 10-1 record.

Samuel’s time at Nebraska-Omaha in 2007 was his third time on staff there as he also served as the defensive backs coach in 2003 and 2004 and the outside linebackers coach and special teams coordinator in 2005. Leipold was on staff for two of those seasons on the other side of the ball. Samuel was also a graduate assistant there from 1998-2000, in addition to serving as a graduate assistant at Arizona in 2001 and 2002.

Samuel is a 1995 graduate of Purdue, where he was a four-year letter winner for the Boilermakers. He was awarded the 1994 Kiwanis Citizenship Award, which is presented to a Purdue player who excels most in the combined roles of player, student and community volunteer.

He has a wife, Jaclyn, a daughter, Brooklyn and a son, Draven.