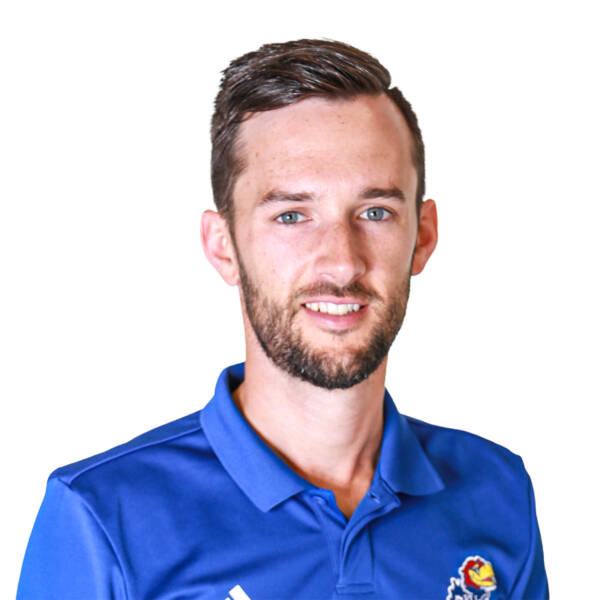 Travis Smith joined the Kansas soccer staff in June 2021. Smith was promoted to a full-time assistant coach in June 2022 following a year as a volunteer assistant. Smith has an array of coaching and training experience stretching through the collegiate, club and high school ranks.

Immediately before Kansas, Smith was the head soccer coach at Brandeis High School in San Antonio for four seasons. While at the helm of the program, Smith coached three All-State selections and seven All-Region honorees. He also guided a student-athlete to being awarded the 2018 San Antonio Express News Newcomer of the Year after the team won the district in 2018. During the 2020 season, Smith guided Brandeis to a final ranking of ninth in the Texas state rankings.

He has also served as the head coach for East Central High School, as assistant at O’Connor High School and was a coach at Classics Elite Soccer Academy from July 2014-May 2020.

Smith is married to Abby Smith who currently plays in the NWSL for the Portland Thorns. Smith resides in Lawrence.