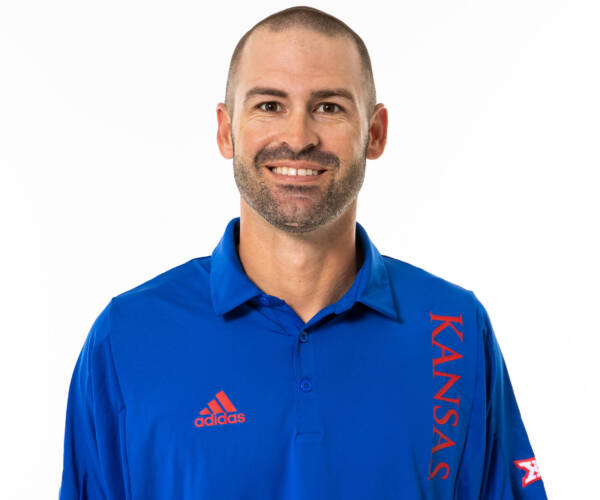 Tyler Hancock joined the Kansas baseball staff as a Volunteer Assistant Coach/Hitting Coach in June 2022. Hancock came to Kansas after two seasons as an Assistant Coach at California Baptist University where he served as the recruiting coordinator and worked with catchers, infielders and outfielders. During his two years at CBU, the program went 76-36 with a 47-19 mark in conference. They also won a share of the 2021 Western Athletic Conference regular season title with a 29-7 league record.

Fourteen CBU players earned All-WAC honors over the past two seasons under Hancock’s tutelage, including Damon Keith being named the WAC Player of the Year in 2021 and Harrison Spohn receiving WAC Defensive Player of the Year in 2022, while also leading the conference in doubles. During Hancock’s tenure as hitting coach, the 2022 Lancers led the WAC in batting average, on-base percentage and slugging percentage. The Lancers’ batting average ranked third in the nation.

A native of Washington, Oklahoma, Hancock earned an associate’s degree from Cowley County Community College in 2010 before graduating with a bachelor of arts in sports communication and a minor in pre-law from Newman University in 2013. In 2016, Hancock received a master’s of education in sport management from Southwestern Oklahoma State University. Tyler, and his wife, Natalie, have one son, Tucker, and one daughter, Josie.

Hancock’s Coaching Career Highlights
• 19 players selected in the MLB Draft from the Bourne Braves when he served as an assistant coach
• Helped California Baptist to a 76-36 record, with a 47-19 mark in conference over two seasons
• California Baptist won a share of the 2021 WAC regular season title
• Coached the 2021 WAC Player of the Year and 2022 WAC Defensive Player of the Year
• California Baptist led the WAC in batting average, on-base percentage and slugging percentage in 2022
• 14 student-athletes received All-WAC honors, including two outfielders and two catchers