LAWRENCE, Kan. – The Kansas Men’s Basketball program is well known for what it does on the offensive end of the court. When people think of the Jayhawks, the immediate associations are the scoring plays: slam dunks, hitting clutch threes, and well-placed assists to set up open shots. But this season, it’s the Kansas defense that is top of mind, specifically since the squad began conference play. The Jayhawks are quickly building an identity as when of the stingiest defenses in the nation and perhaps one of the best in the rich history of KU basketball.

In the Jayhawks’ most recent matchup on Feb. 3 against the Texas Longhorns, the first half was slow. KU went into the break trailing the UT 33-31, only the sixth time this season this Kansas team has trailed going into the locker room. The Jayhawks struggled to make field goals, they were 11-of-27 (.407) from the field and made just 1-of-7 (.143) from behind the arc in the first 20 minutes of play.

Coming into the second half, not only did the Jayhawks come out stronger on offense, but the impressive defensive performance is what carried the team to victory. 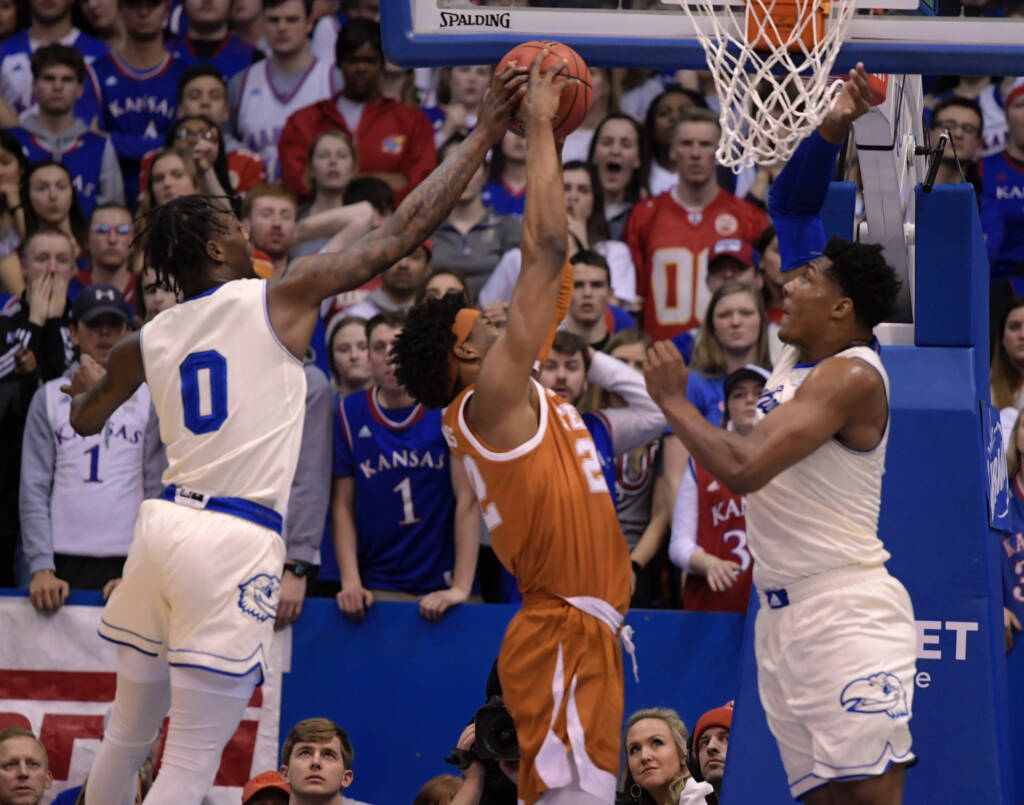 “You could see defensively the difference in the first half and the second half, and how we guarded ball screens. That may have been the best that we’ve downed the ball screens this year.”

Led by senior center Udoka Azubuike with 12 rebounds on the night, the Jayhawks grabbed 42 boards, and the majority of them (23) came in the second frame. In addition to leading in rebounds, Azubuike also scored a team-high 17 points, including putting up six of the eight points in a Kansas 8-0 with 11 minutes remaining in regulation. His 17 points paired with 12 rebounds marked Azubuike’s 17th career double-double and ninth of the season. His offensive performance in the second half, paired with his ability to guard down low was pivotal in the Jayhawks’ most recent victory.

In addition to Azubuike’s performance, sophomore guard Devon Dotson found an offensive rhythm, scoring 14 of his 16 points on the night in the second half. Junior guard Marcus Garrett contributed both offensively and defensively leading the team in assists and steals with four of each. In the second half when Azubuike was delivering on offense, Garrett stepped up on defense.

“(We feed off Dok) A lot, once we see him blocking shots and being energized, dunking the ball, that makes us push more on defense, trying to pressure more. Knowing how energetic he is will make it hard for (the other team) to finish anything,” Garrett said.

Building the defensive identity is a work in progress, and still requires finishing offensive plays, but provides a safety net for those games when the defense is inconsistent. In addition to the Texas game, the Jayhawks also recently won against Oklahoma State by delivering on defense. The Jayhawk defense held the Cowboys to just 28.1% (18-64) shooting.

Kansas’ rebounding paired with the strong defense has been a weapon for them thus far. Halfway through Big 12 play, the team will continue to rely on these consistent performances as they continue this season. 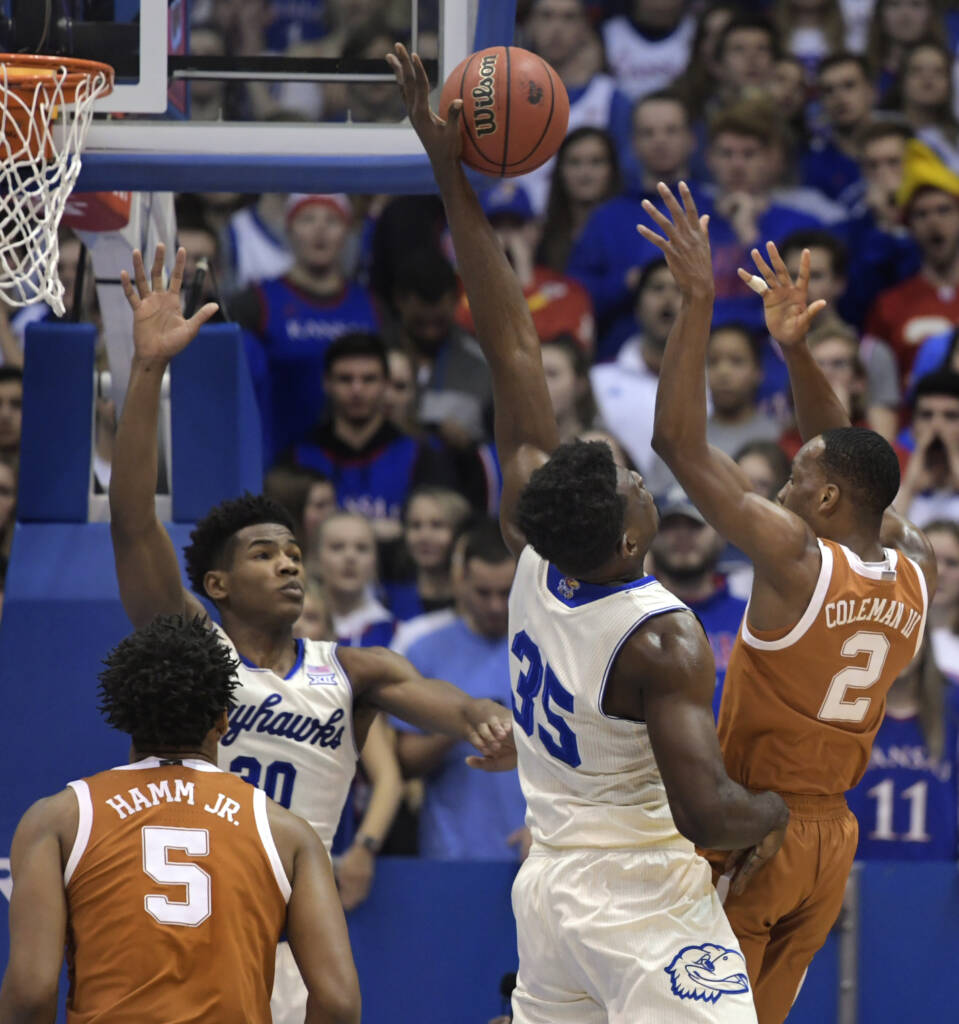 I’m not going to worry about percentages because I know that if we defend and rebound, then we will be in most games."

All of this considered, the team is still going to have to perform on offense. In their last five conference games, the Jayhawks have averaged 46.4 percent from the field while holding their opponent to just 37.7. Their ability to hold off their opponents has carried them more than their ability to deliver.

As the Jayhawks head into the second half of conference play, the continued improvement on the defensive end will be vital. The Big 12 is known for its defensive-minded teams, meaning the margin for error will be razor-thin for the Jayhawks.

“Our second half is much, much harder than the first half,” said Self. “They (Baylor) aren’t going anywhere, so we certainly need to keep close contact with them. We have half the season left to do that; but certainly, we are going to have to play better. Even though our record is pretty good, the schedule is still going to get tougher.”