Eli Davis: The Fight From Within

When I close my eyes, I still see it—the pitch leaving my hand, the batter hitting it to shortstop, and the fans in the stands of Hoglund Ballpark going wild.

Just knowing all of the great pitchers who walked through those halls, it’s a feat I’ll never take for granted.

But when I close my eyes, I also see beyond the celebration. I see everything that led to that moment, and it wasn’t all glamorous, let me tell you.

Everyone sees the no-hitter, you know?

They congratulate you, cheer for you, and celebrate your accomplishment.

But what they don’t always see is the journey it takes to get here.

You see, my journey to get to this moment has been everything but smooth. I dealt with so many internal struggles over the last years that made it quite difficult to stay in the fight when the setbacks kept coming.

This part of my story begins with my Tommy John injury—without question, my most devastating baseball memory.

I had already committed to Kansas at that point. I was a senior in high school and pitching in my second start of the season. I just remember at some point during the game, the ball wasn’t coming out the same, and there was this weird pain in my elbow.

Sometimes you just know when something is wrong, and I could feel it in the pit of my stomach. Something was very, very wrong.

I was taken out of the game and went to see the doctor the next day.

The news was devastating.

He told me my UCL was 75 percent torn, and I’d need to undergo surgery to fix it.

Within an instant, your mind is racing 1,000 miles per minute. What’s going to happen with my scholarship with Kansas? Was my high school season over? Will I ever be able to pitch again?

Since the injury didn’t bother me when I was hitting the ball, I was able to postpone my surgery until the high school season was over. We were on the verge of doing something very special and win our third state title in a row.

I couldn’t just abandon my guys.

After the year was done, I went on to have my surgery.

And honestly, looking back, nothing could have prepared me for being out 14-16 months. That sort of hiatus takes such a toll on your mind. I spent my freshman year at Kansas just thinking up ways to work around it.

Today, it’s hard to close my eyes and think of that no-hitter without seeing myself stuck in that post-surgery splint.

After the surgery, you start to wonder if you’re ever going to get back to where you were. There’s no use in beating around the bush. It sucked

The recovery process was just so long, and it starts to eat away at you mentally to the point where your brain can become your worst enemy. By the eight-month mark, you start to feel a little bit better and think you’re doing it again. Suddenly, you’re back to being this athlete again.

But it’s all a lie. You’re not back yet. The truth is you’re barely beyond the halfway mark in your recovery.

Your brain is the hardest part to overcome.

But Kansas helped get me back on my feet. They made sure I had the right people around me to aid in my recovery process. By the time 2019 rolled around, I was ready to step on the mound for the very first time as a college pitcher.

I’ll never forget that first start. We were playing overseas in Taiwan that summer. So, I made my return start in a completely different country. But the venue honestly didn’t matter as much as the moment did to me.

I was finally back after spending over a year on the sidelines.

Just being on the field with the team was so awesome. I’m a very energetic person, and everything I’d been holding in was building up and spilling out in that first game. I’m glad I let it all out because little did I know, it would all be short-lived.

A few games into the actual season, I took a liner to the stomach on my rib side during a game that slapped and lacerated my spleen. And just like that, my true freshman season was over.

By that point, I was just counting my blessings. It wasn’t a Tommy John sort of injury, and I’d at least be able to return the next season. But at the same time, there was a bit of resentment towards my bad luck in general, especially after COVID forced the cancellation of the next season as well.

I just wanted to play a full year of baseball. Was that too much to ask?

This is my story

Looking back, I’m not so sure I would have had the same accomplishments if I didn’t go through those earlier struggles.

The COVID season was especially key, considering I took that time to put on 30 extra pounds of lean muscle. With everything being shut down, it was a chance for me to be able to get after it and not focus on throwing.

That was the turning point for me—getting bigger and trying to stay healthy at the same time with help from the school nutritionist and just the amazing environment at KU.

I can throw harder now than ever before.

Nothing about the journey was easy, and nothing about it was ever going to be. I wouldn’t change a thing because it made me the man and the athlete I am today.

It’s my job to give people a show—give them what they come out there to see. That’s the type of player coach (Coach Ritch Price) wants me to be. He knew I could be that ever since I stepped on campus as a hurt freshman. This whole team believing in my comeback meant the world to me.

You start to appreciate things more when they’re taken away. The truth is, I’ve had the sport I love taken away from me three times. When I close my eyes, I still see that no-hitter, but I also see and remember everything that came before it.

The good, the bad, and the ugly—it’s all a part of the same journey.

It’s all a part of my story. 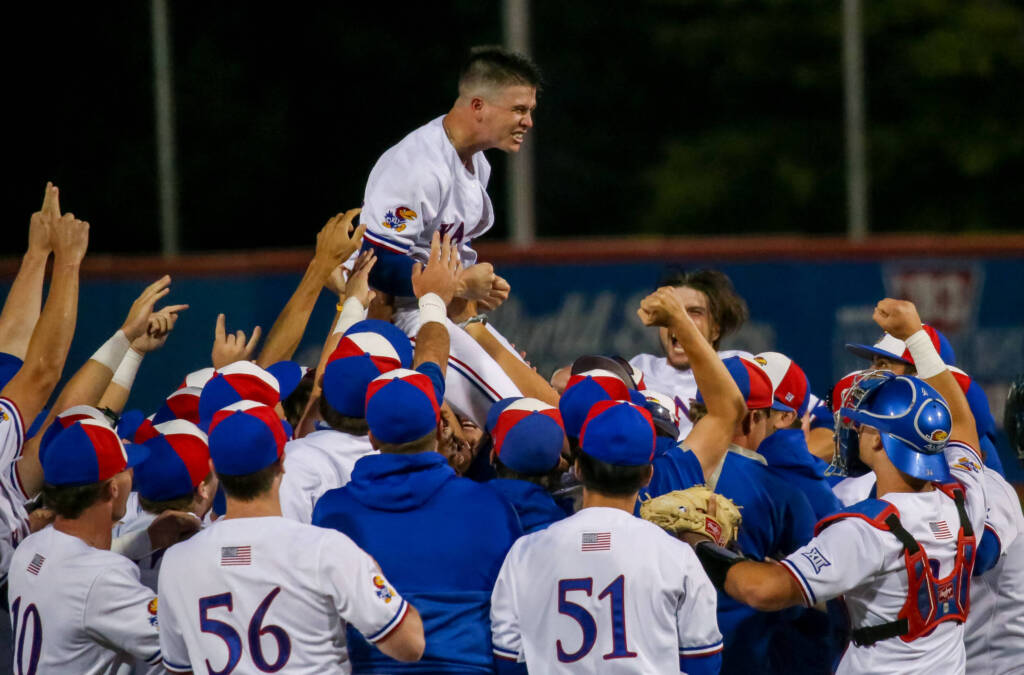 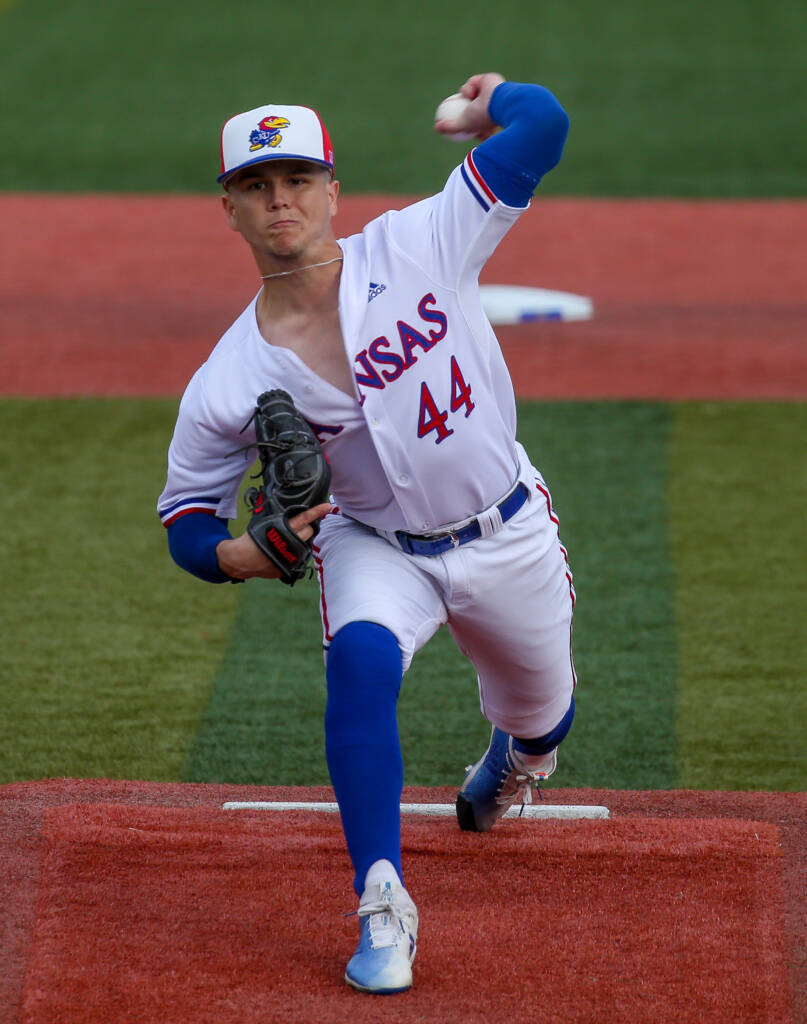 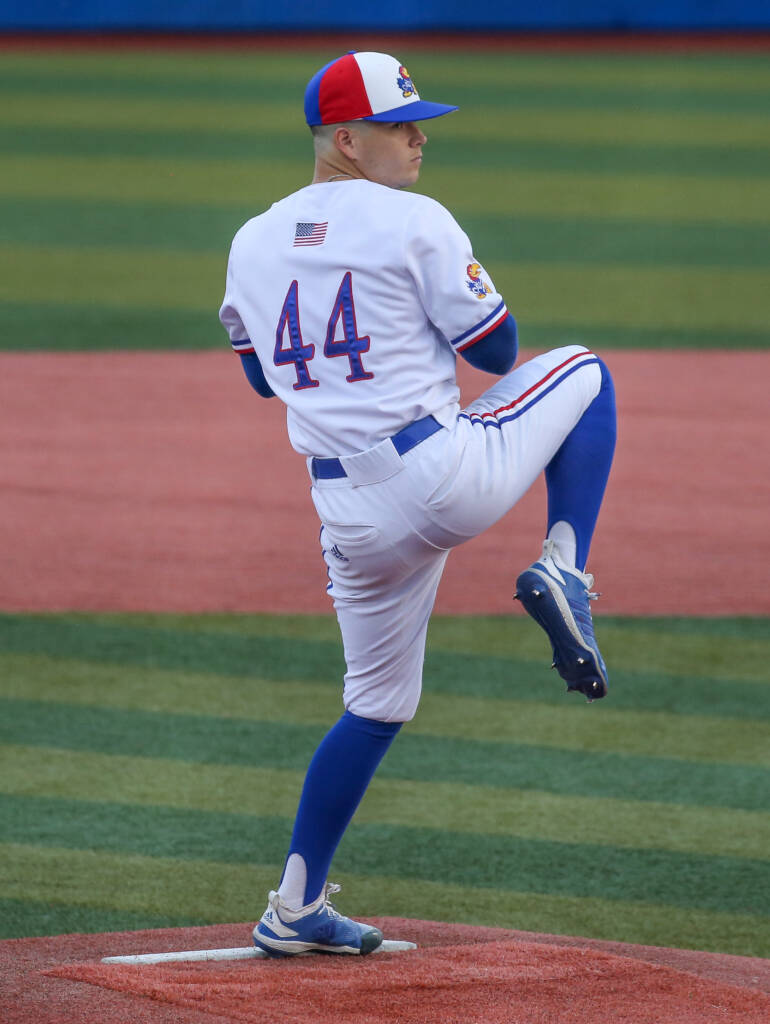 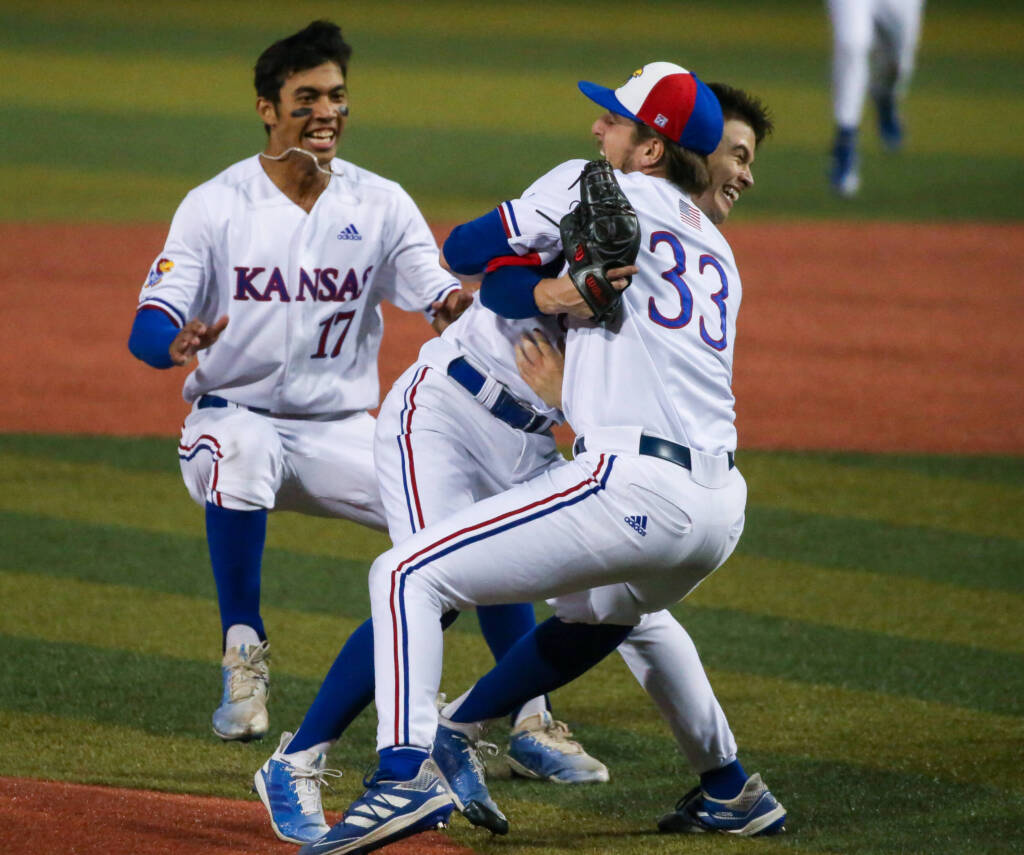 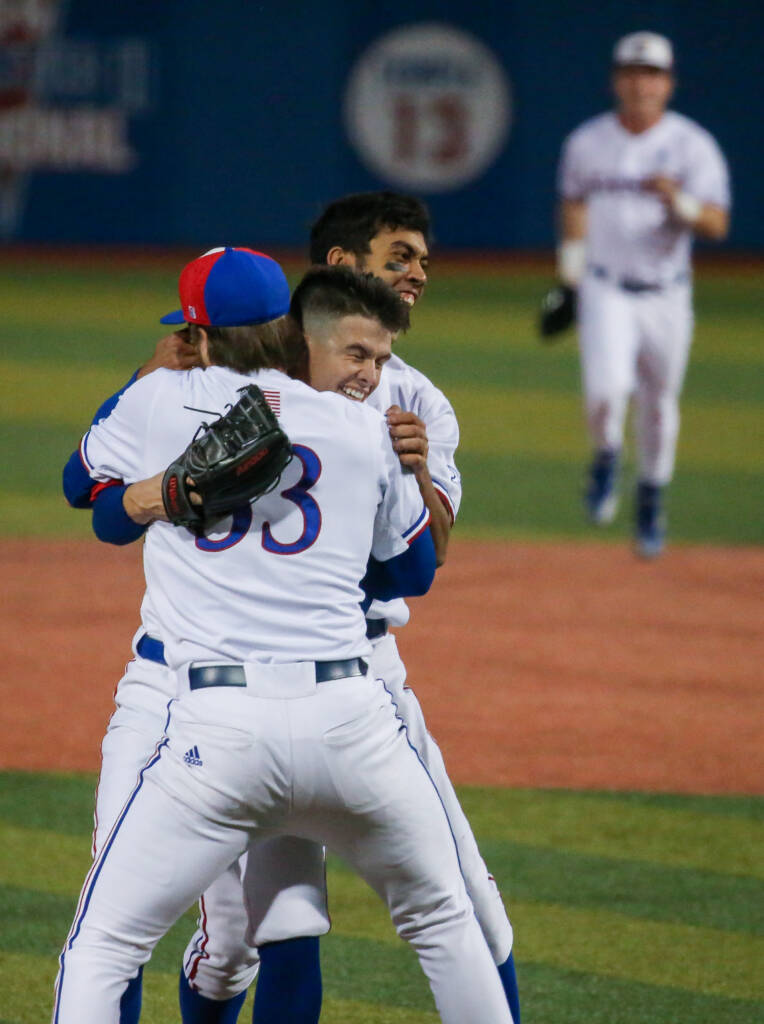 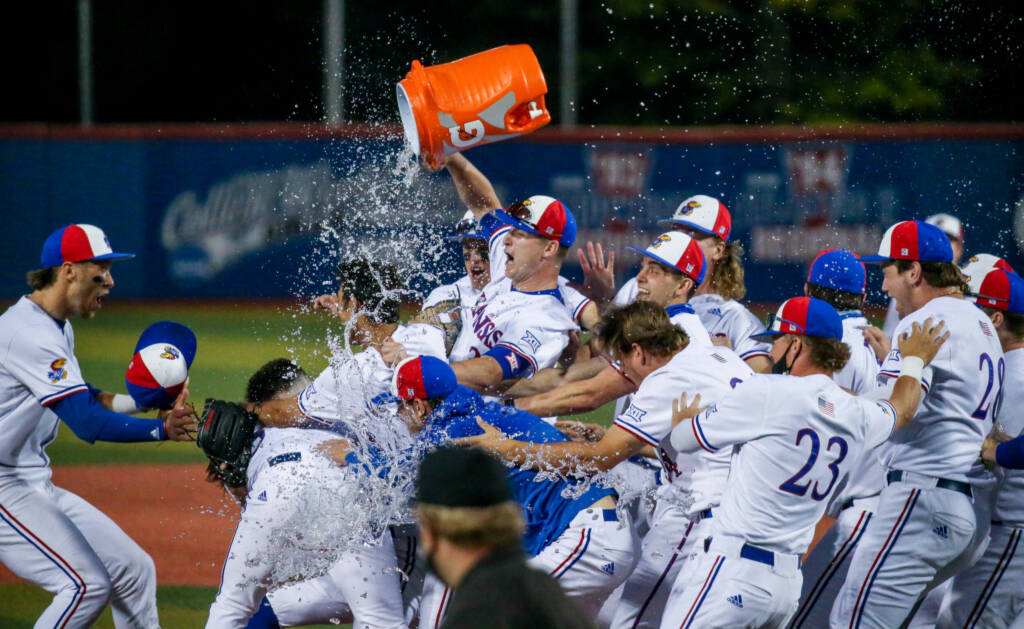 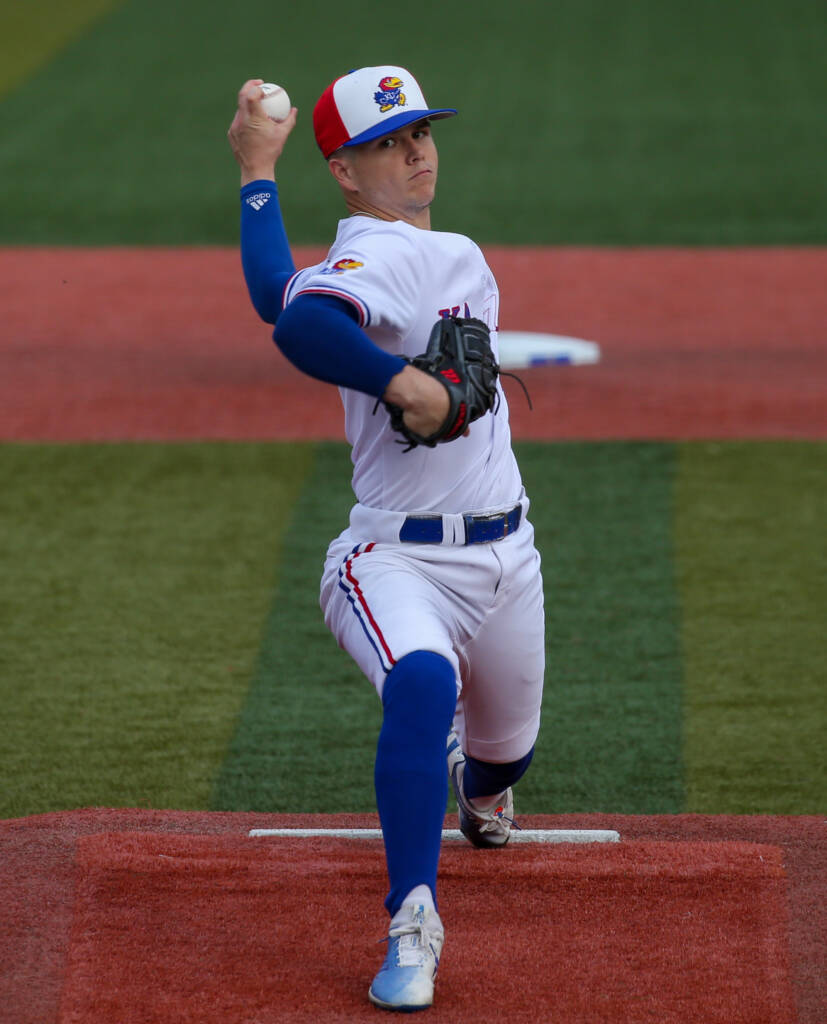