The heart and soul of Kansas football, Smithson made an immediate impact in his first season as a starter for the KU defense. The Baltimore, Maryland, native, who was voted a team captain by his peers prior to the 2015 season starting, turned in one of the top seasons in school history by a Jayhawk defensive back.

Smithson concluded his junior campaign as the top tackler in the Big 12 Conference with 111 total tackles and also led the NCAA in solo tackles averaging 7.9 per game. He finished the 2015 campaign ranked 13th in the country in total tackles at 10.1 per contest.

Smithson recorded his sixth-consecutive game with 10 or more tackles in the Jayhawks’ season finale against Kansas State (Nov. 28) and became the first Jayhawk as far back as 1990 to accomplish that feat (10, TTU; 10, OSU; 10, OU; 13, UT; 12, TCU & 11, KSU). Smithson was the only defensive back in the country to post 10 or more tackles in six-straight games.

Goodman, a Beaumont, Texas, native, led the Jayhawks in tackles-for-loss (9.5), sacks (5.5) and quarterback hurries (5) in his final season in the Crimson and Blue. Goodman, who was the only Kansas defender to start all 12 games in 2015, tallied 51 tackles on the year, including 34 solo stops.

Johnson, who started 9-of-12 games for the Jayhawks in 2015, recorded 13 receptions for 115 yards. A native of Basehor, Kansas, Johnson was also instrumental in the KU run game as he saw action as both a blocking and receiving tight end.

Zunica did not record any offensive statistics, but was a standout blocker in both the passing and run game for KU. The Palos Park, Illinois, native moved to the offensive side of the ball late in fall camp from his linebacker position. Zunica also played an instrumental role on special teams for Kansas.

All four Jayhawks are picking up All-Big 12 honors for the first time in their careers. The selections were made by the league’s 10 head coaches, who are not permitted to vote for their own players. 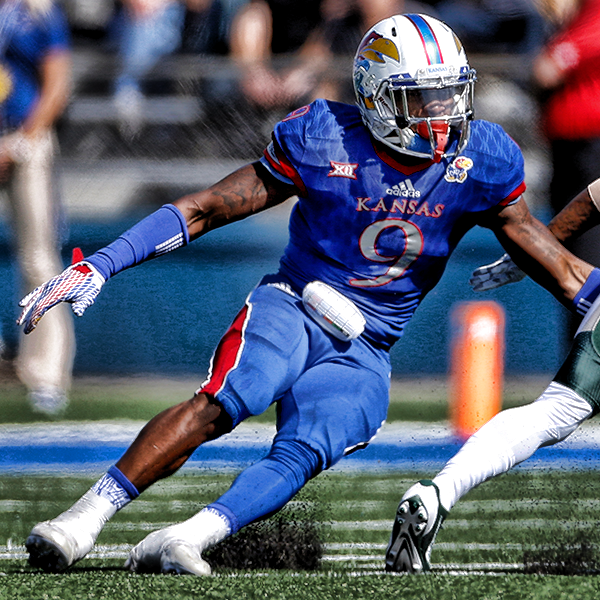 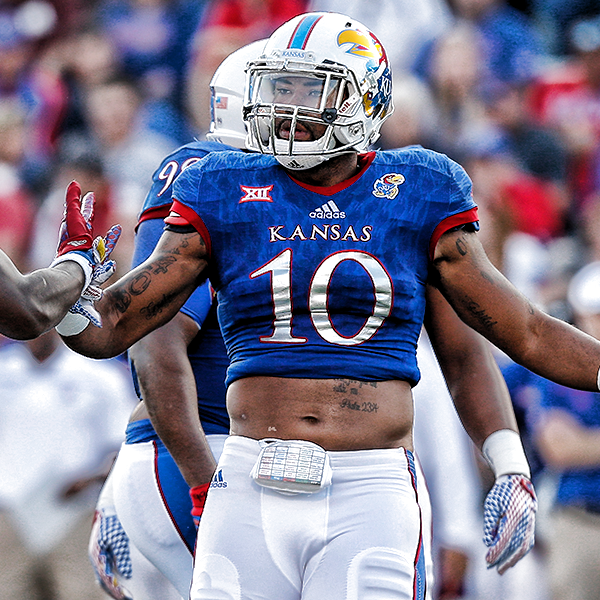 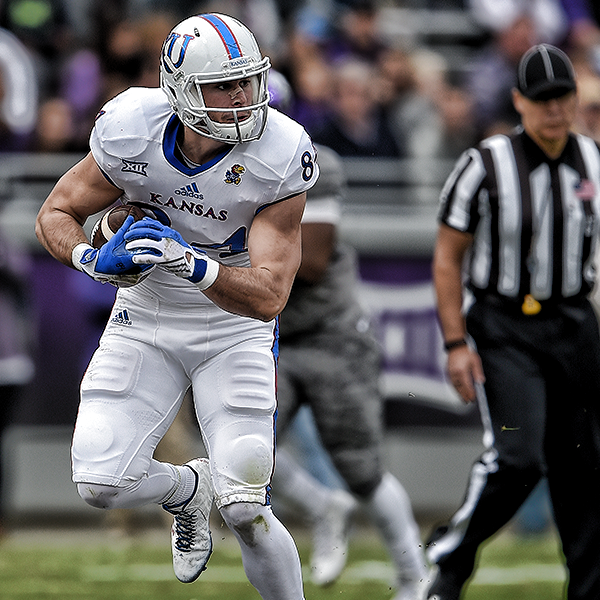 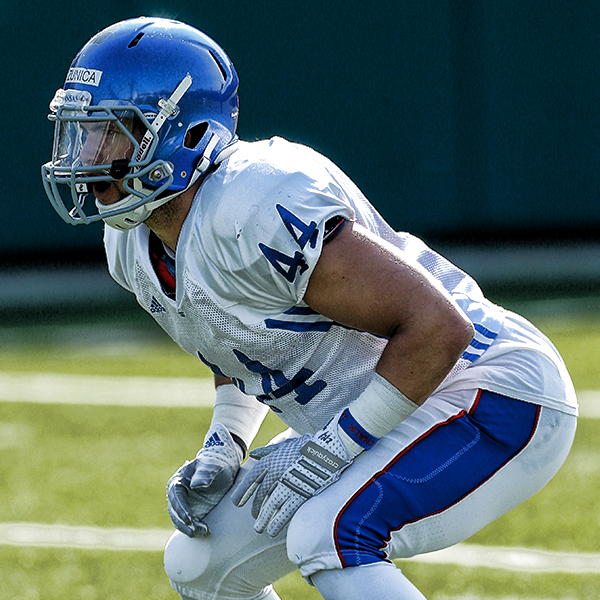