LAWRENCE, Kan. – Todd Reesing, a then-sophomore, threw a touchdown pass and ran for another, while Orange Bowl Most Valuable Player Aqib Talib returned an interception 60 yards for a touchdown as the eighth-ranked Jayhawks earned a 24-21 FedEx Orange Bowl triumph over No. 3 Virginia Tech at Dolphin Stadium in Miami Gardens, Fla. 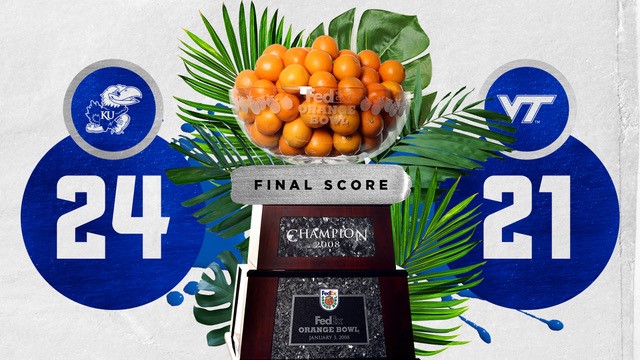 Talib, a Richardson, Texas, native, earned a number of national honors after helping Kansas to its 12-1 record during the 2007 season, including being named Orange Bowl MVP. He finished the 2007 campaign with 66 tackles, while tallying a team-best 13 passes broken up and five interceptions. He returned two interceptions for touchdowns, including a 60-yarder for the first score against Virginia Tech in the Orange Bowl.

Midway through the second quarter, the Jayhawks extended their lead to 17-0 behind a strike from quarterback Todd Reesing to wide receiver Marcus Henry. Reesing put the football on the mark, while Henry hauled in the catch and pushed his way between two Virginia Tech defenders for the touchdown. 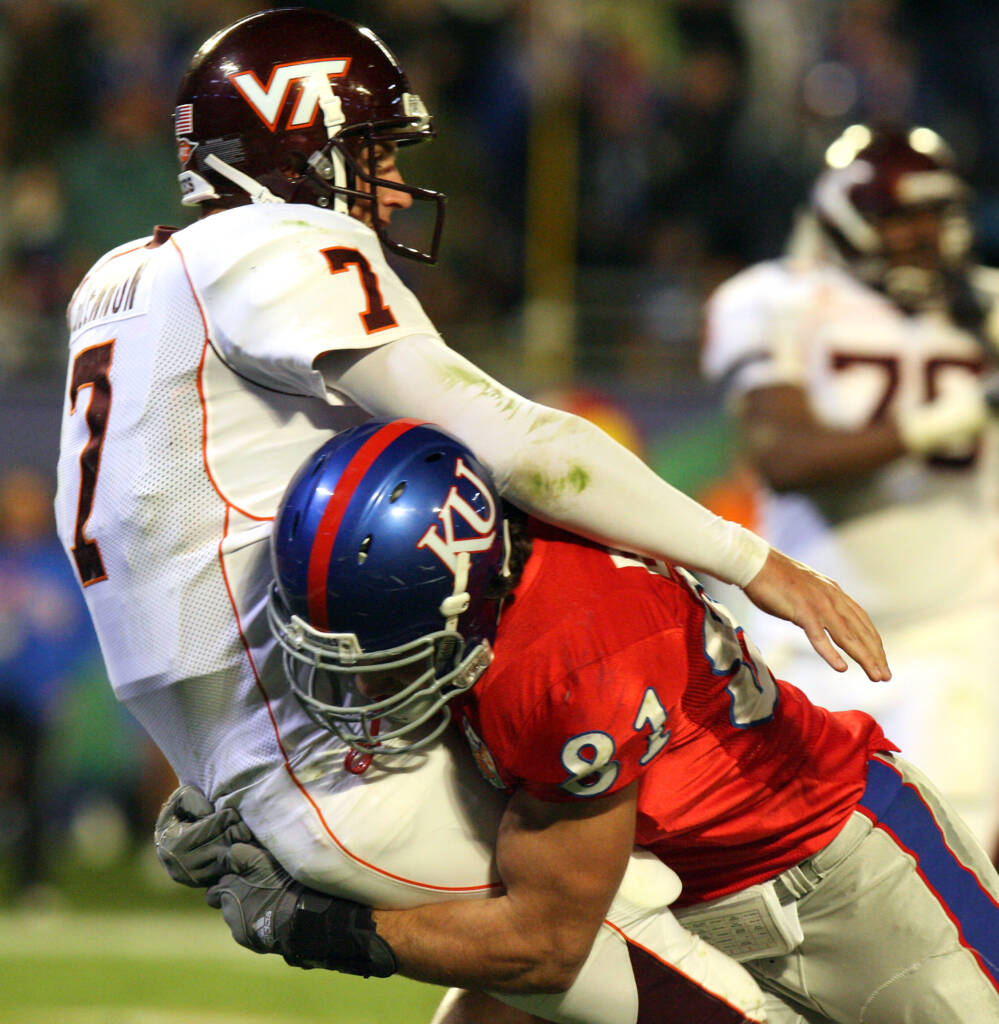 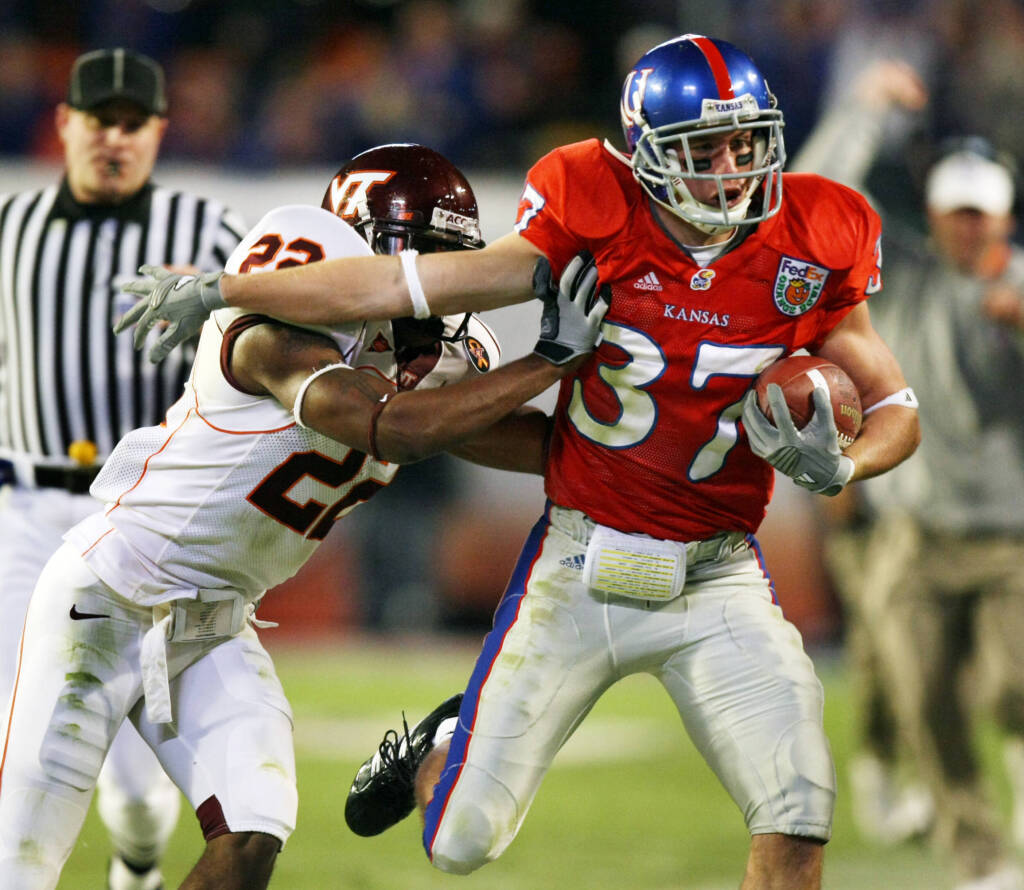 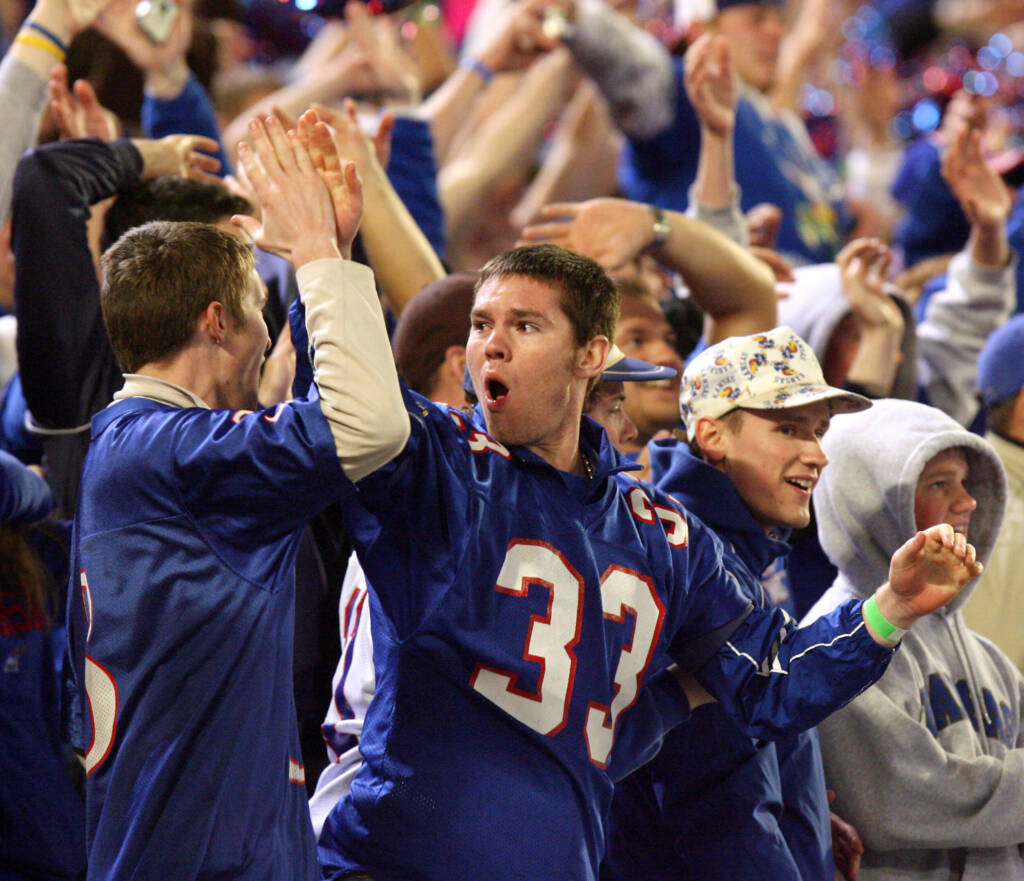 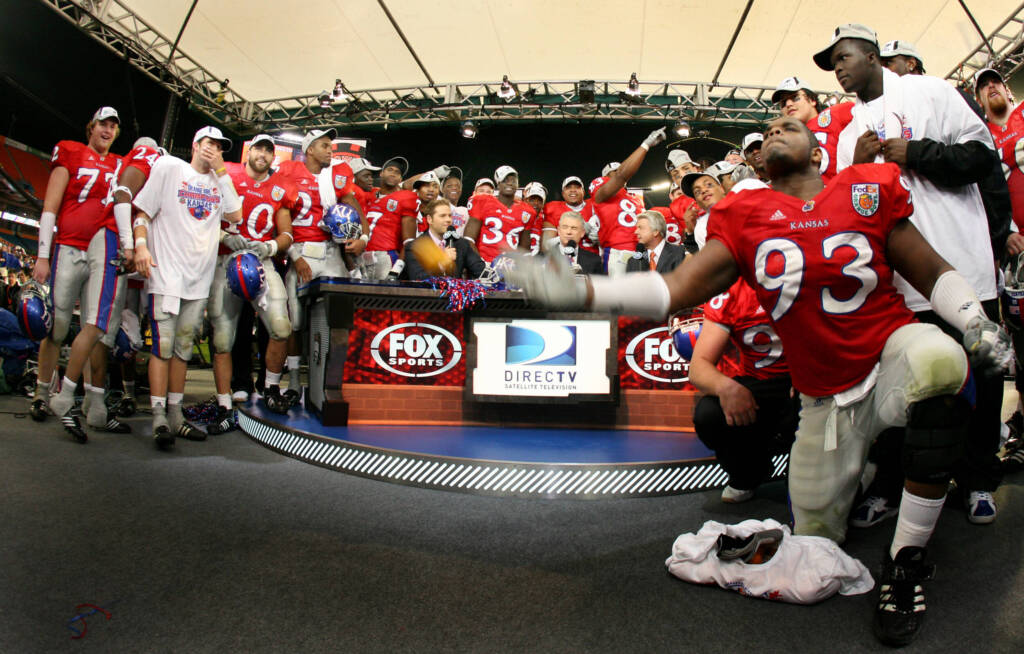 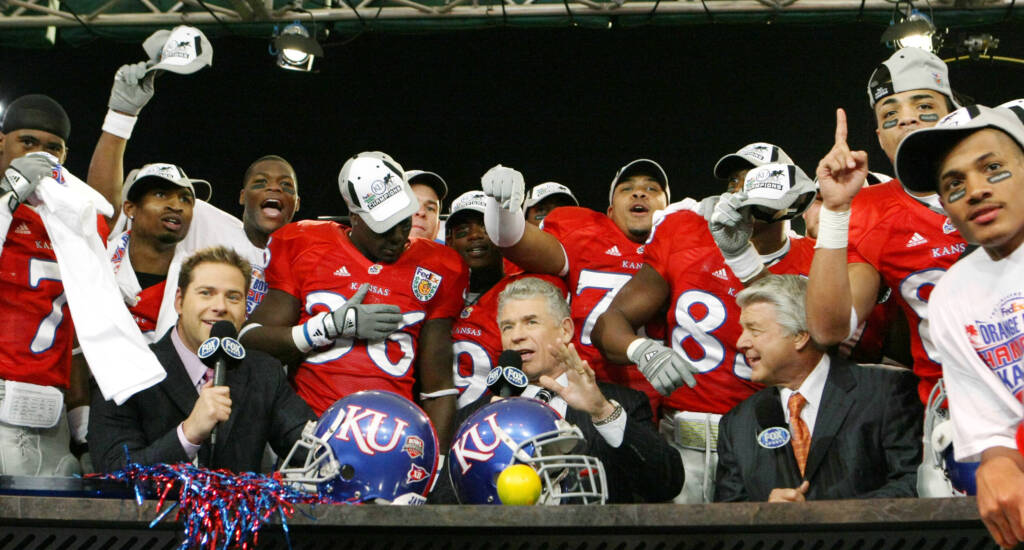 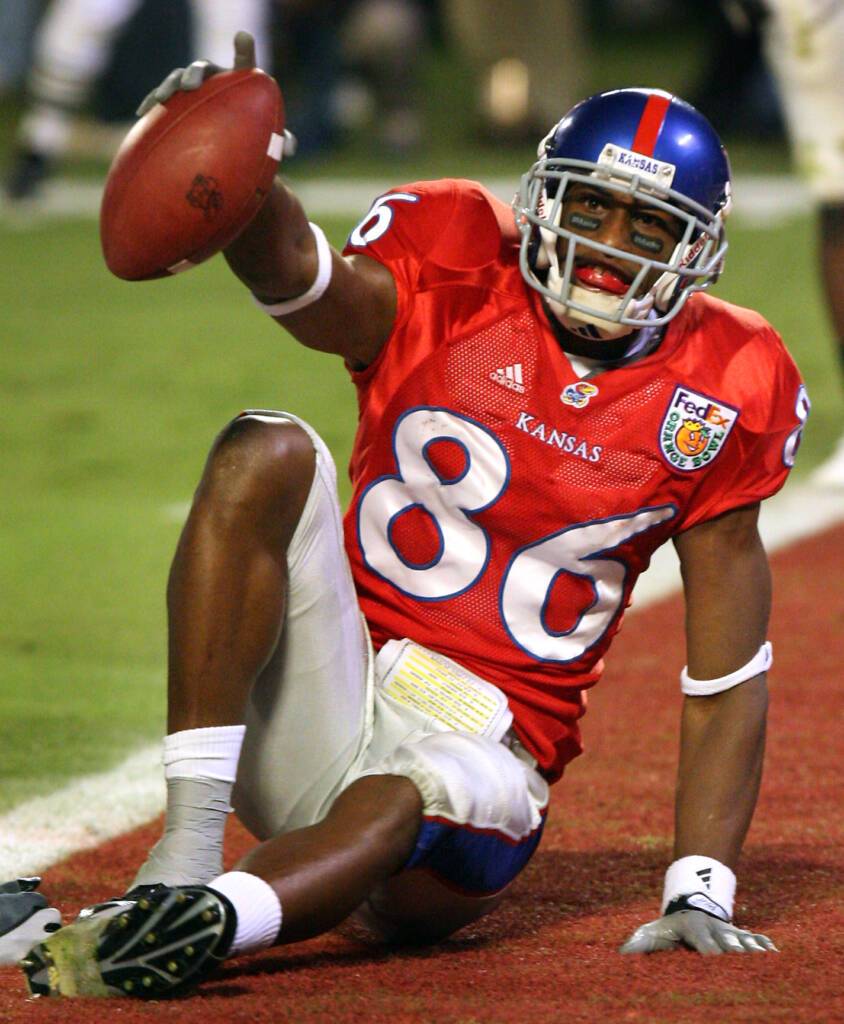 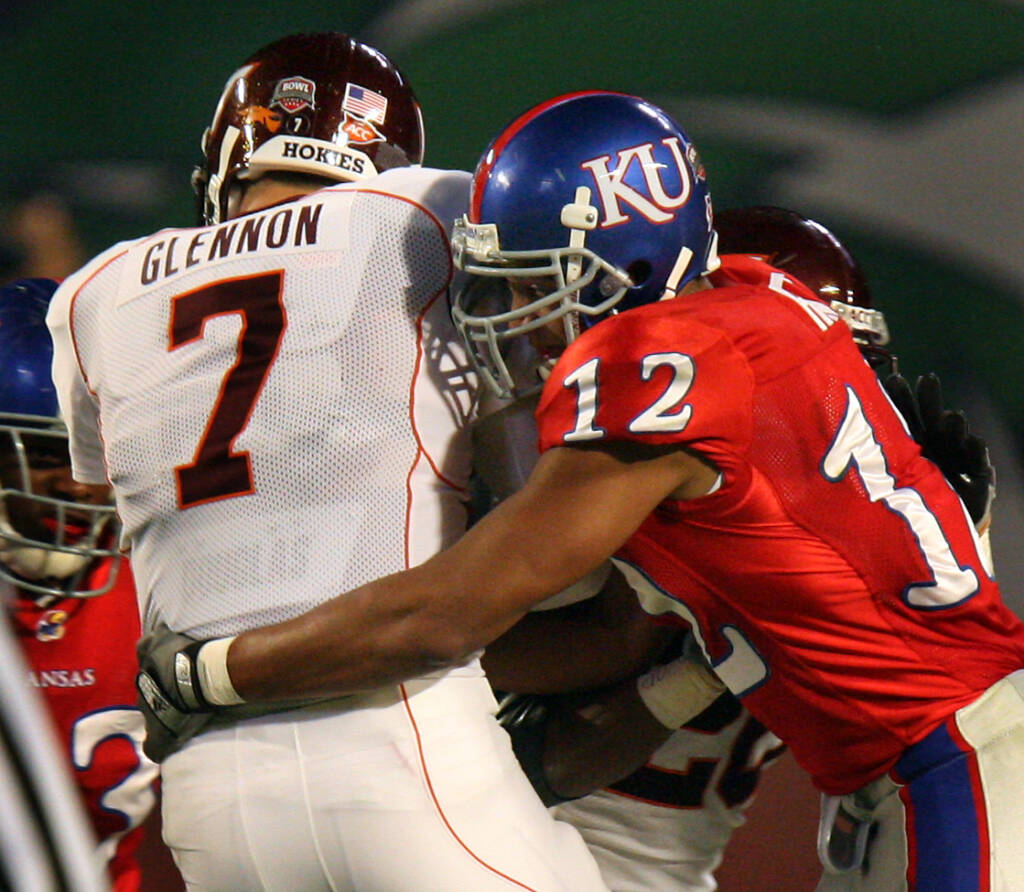 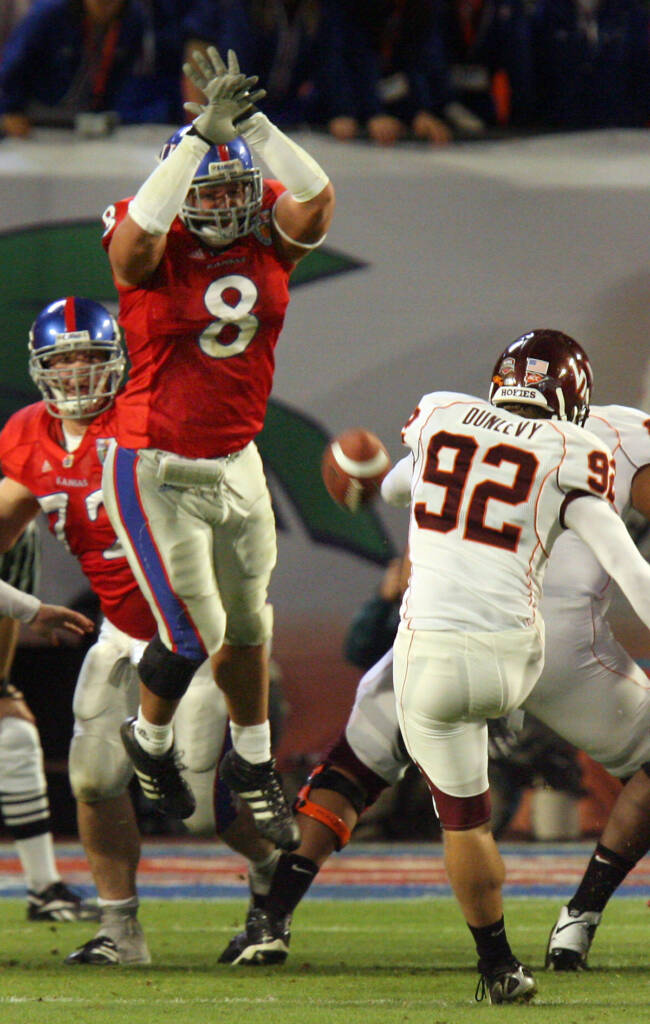 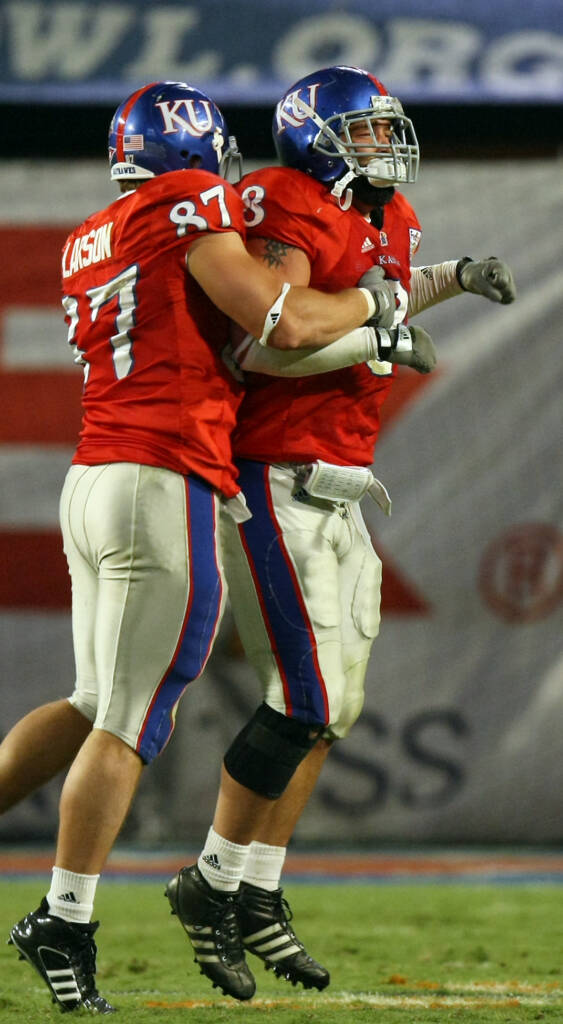 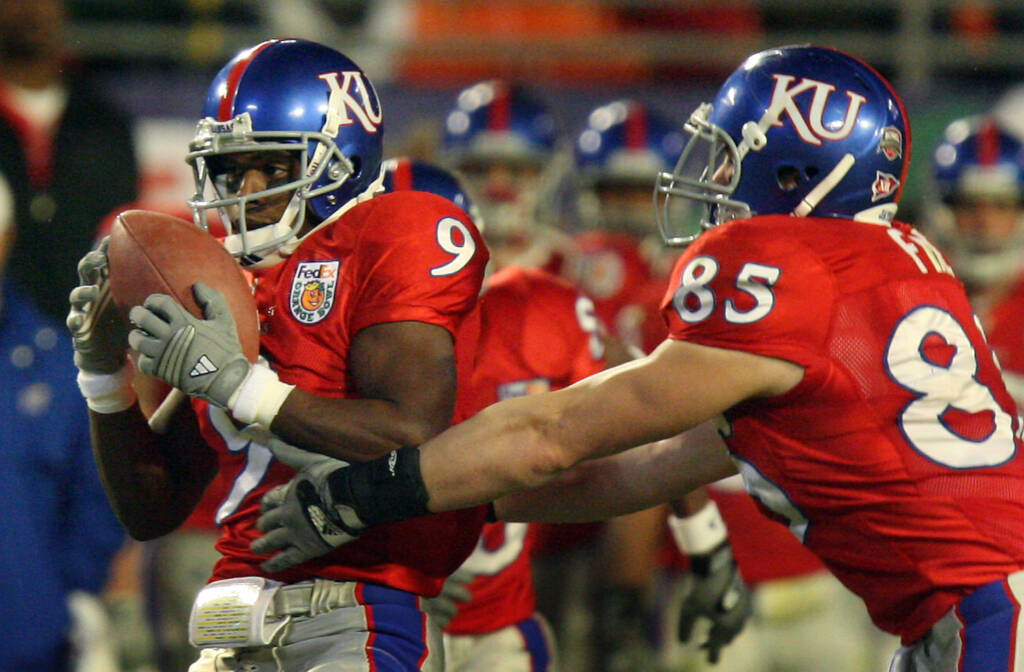 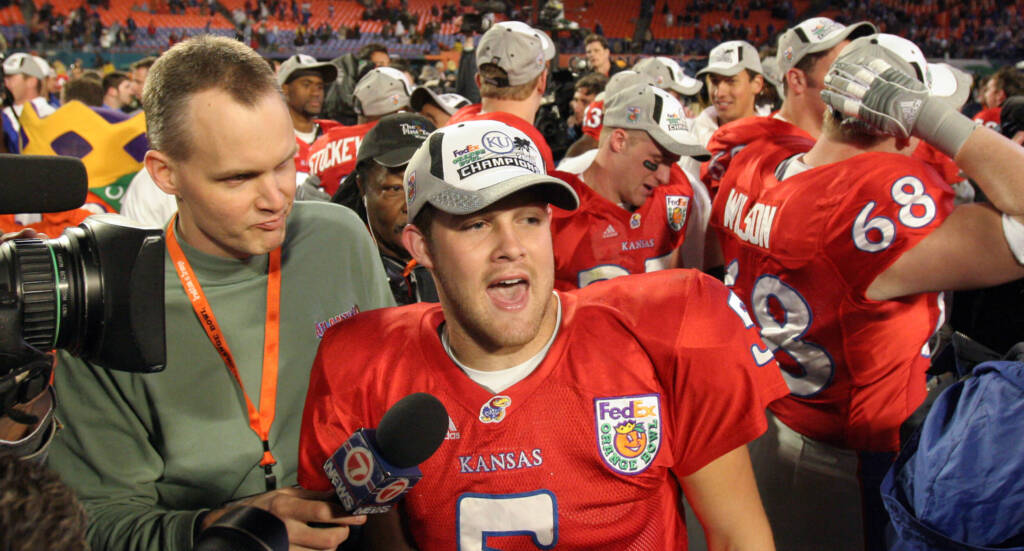 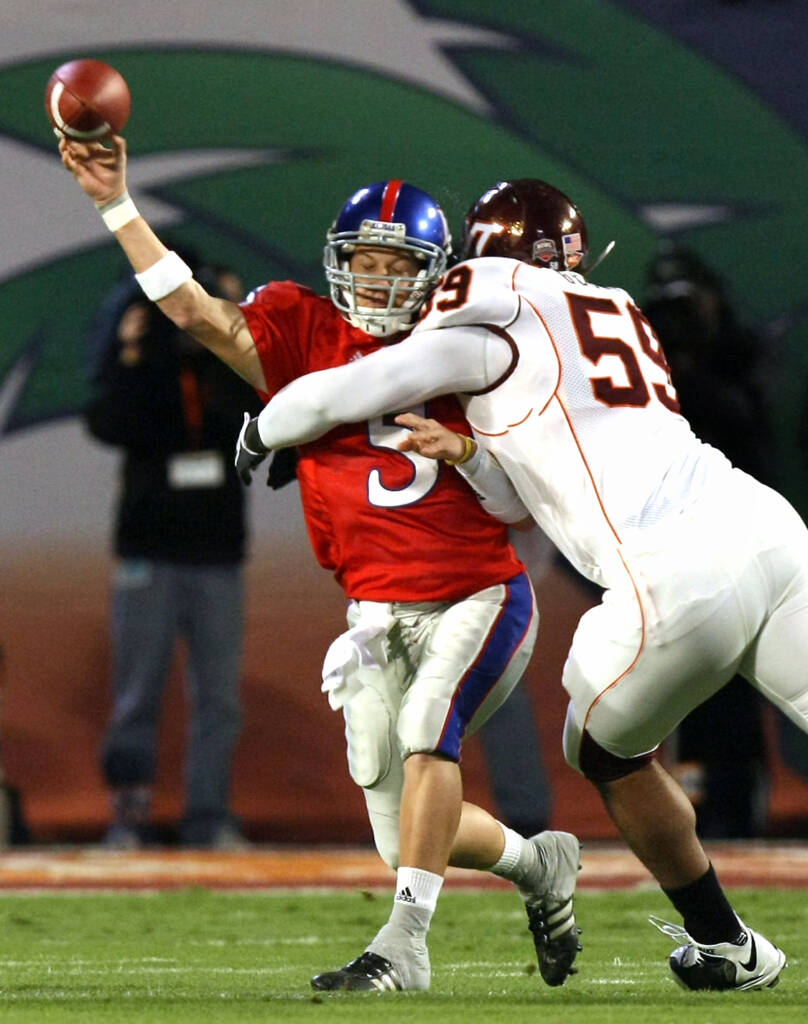 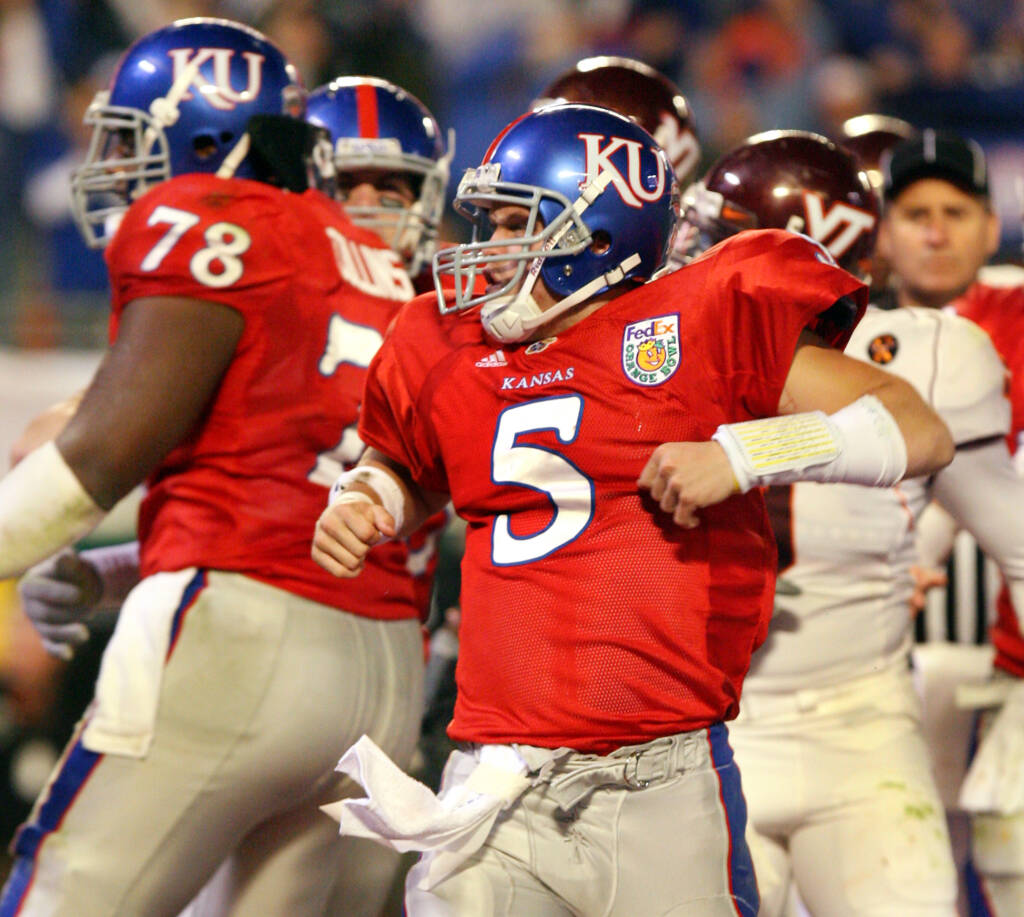 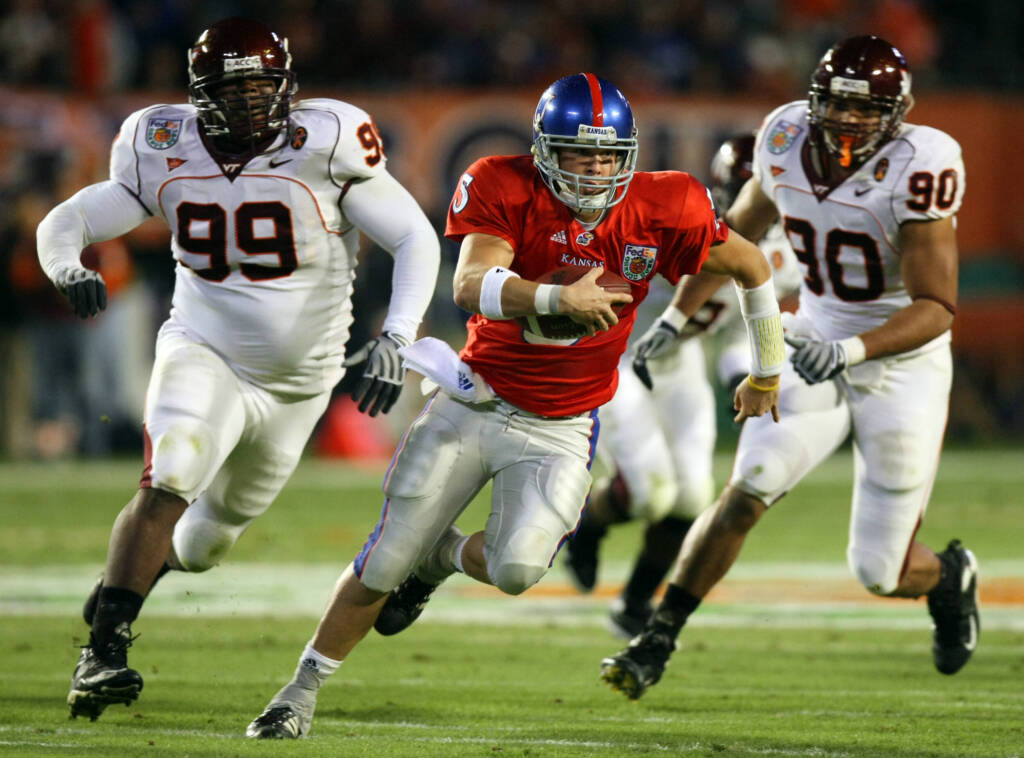 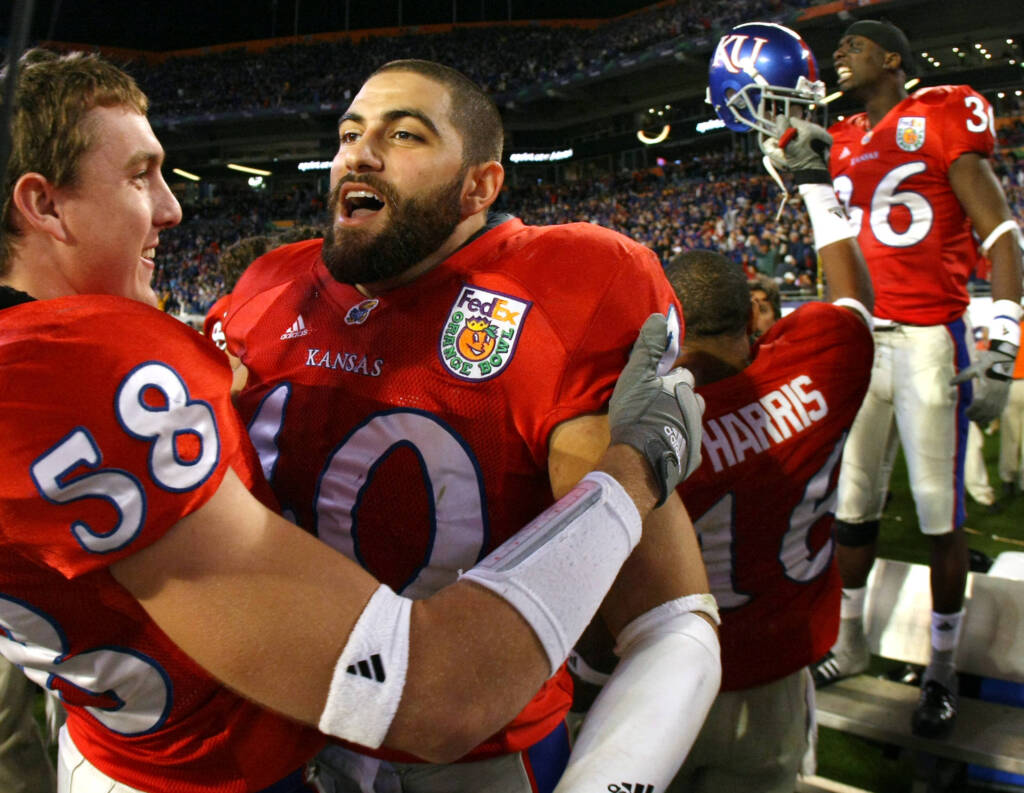 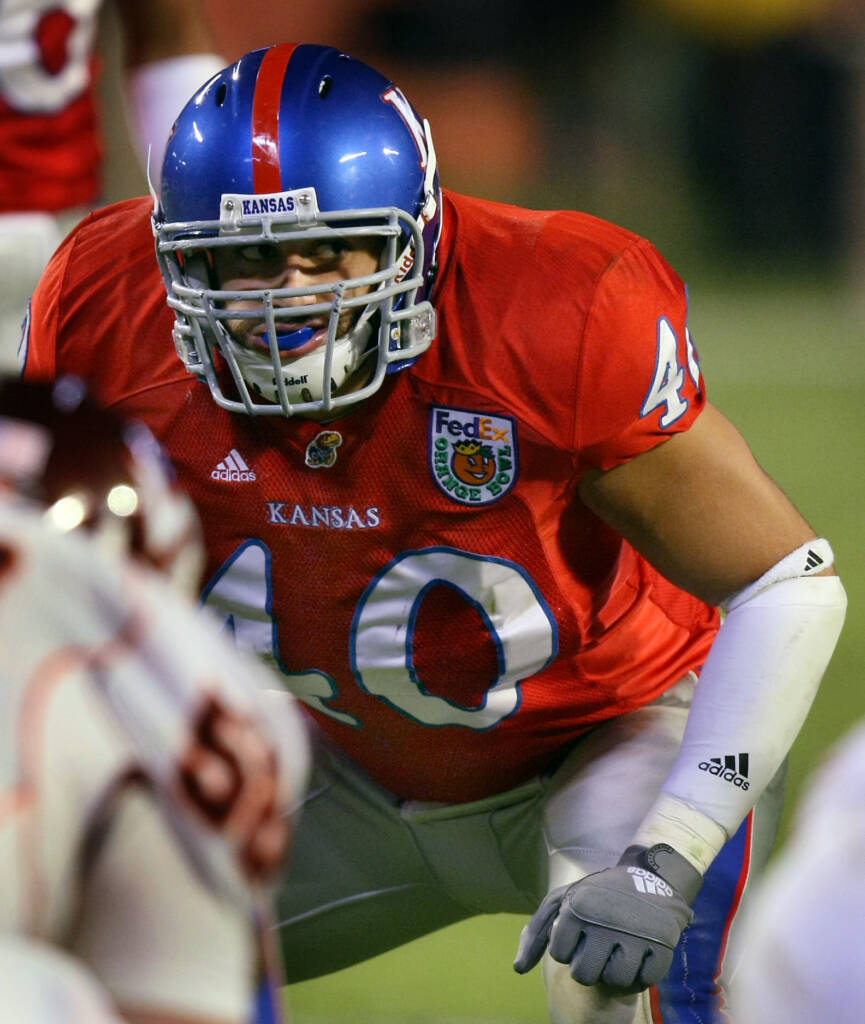 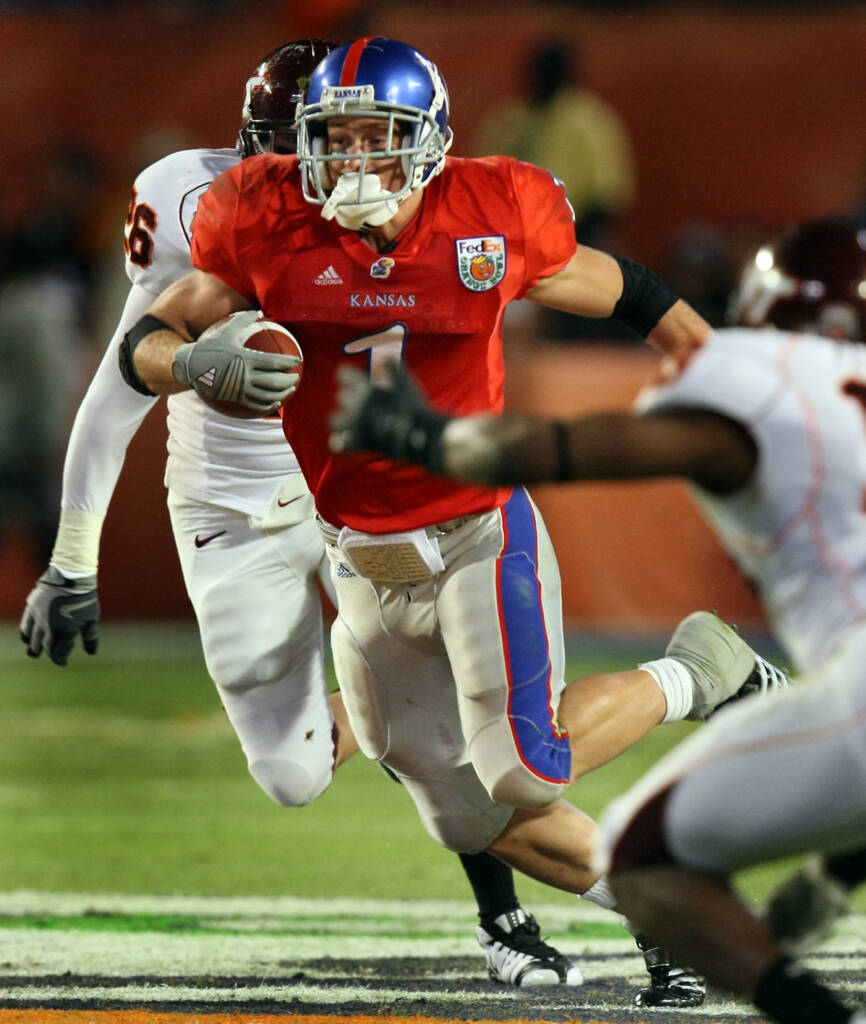 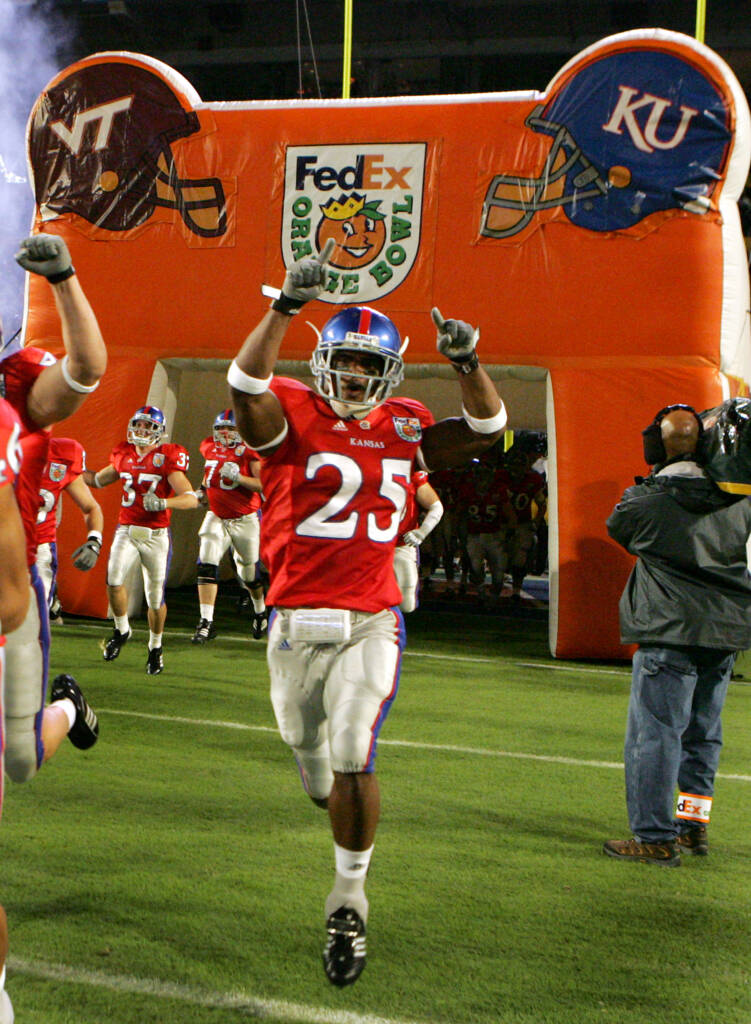 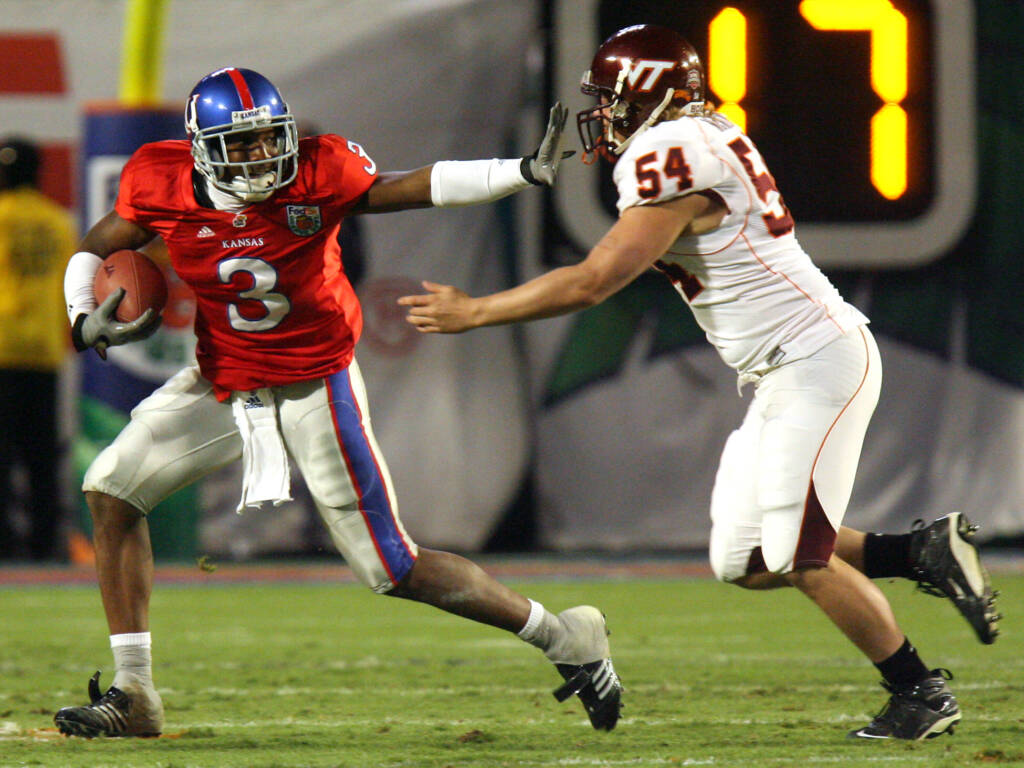 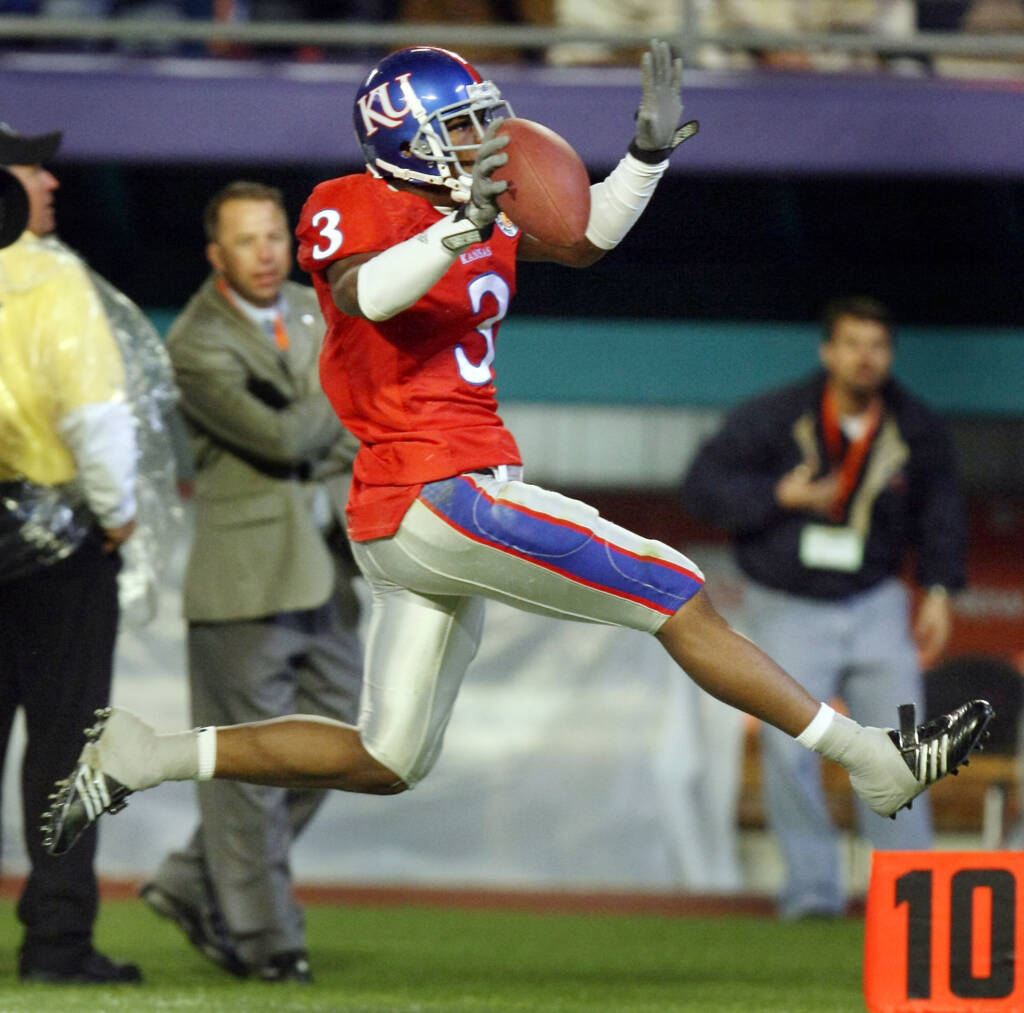 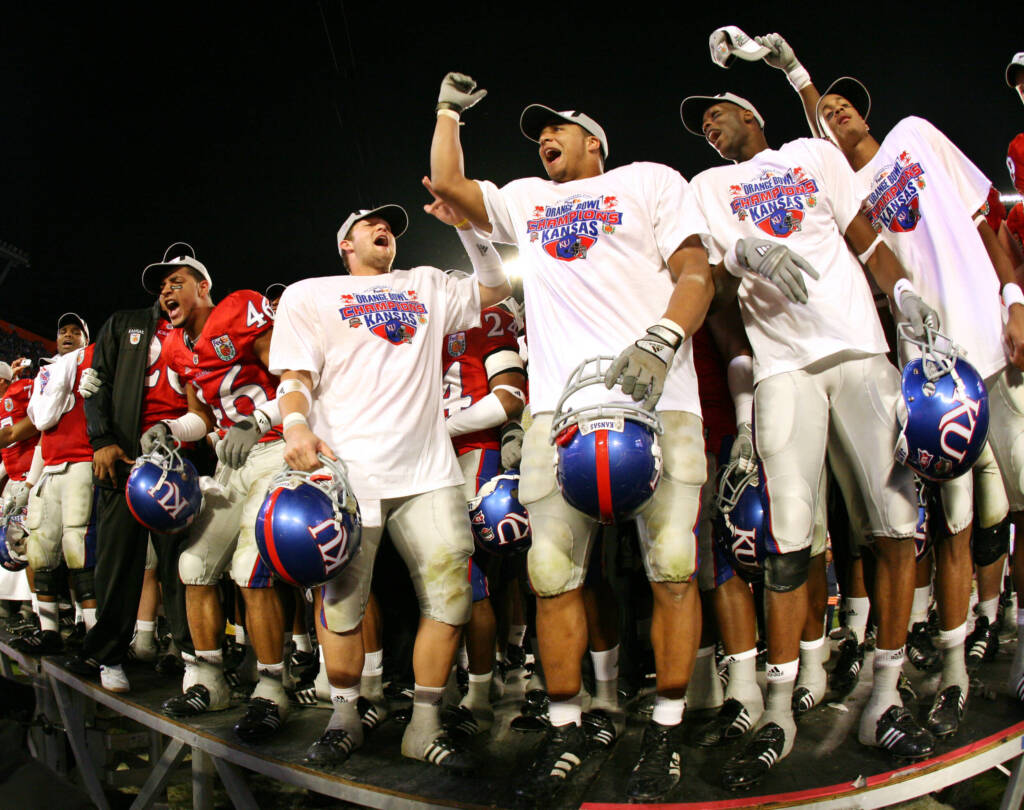 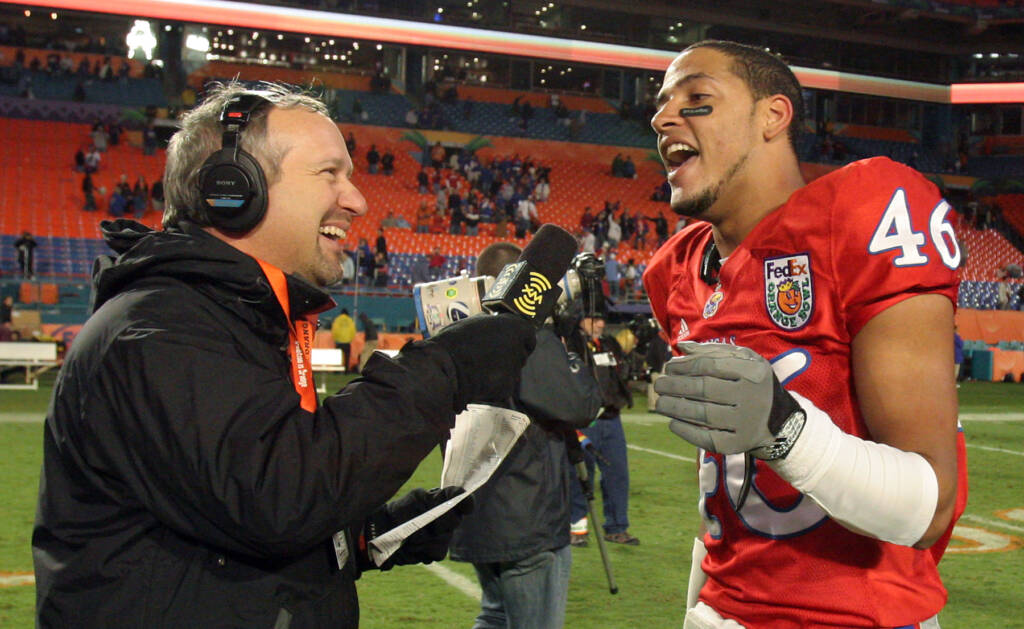 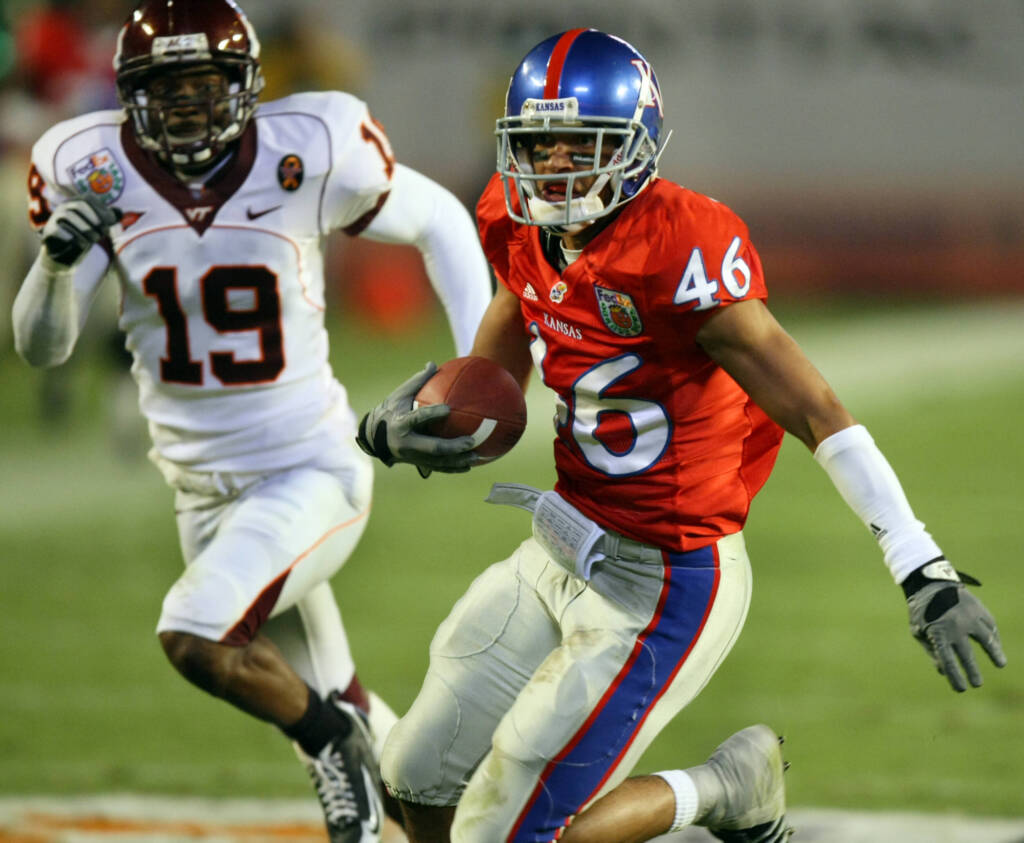 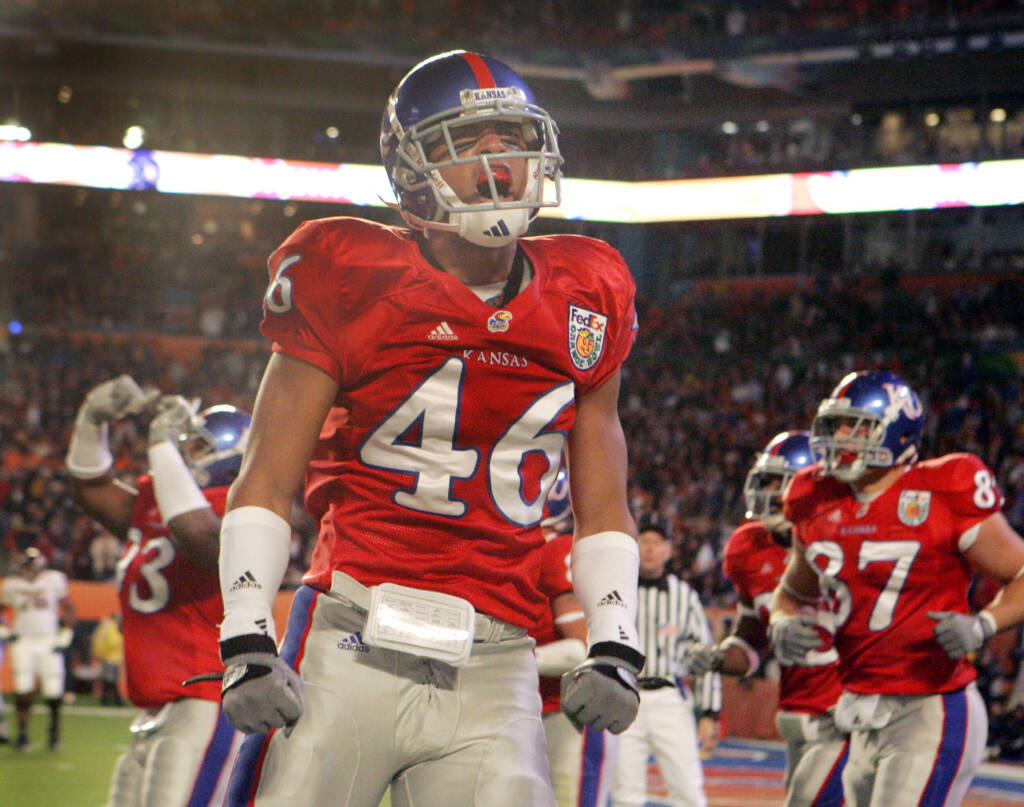 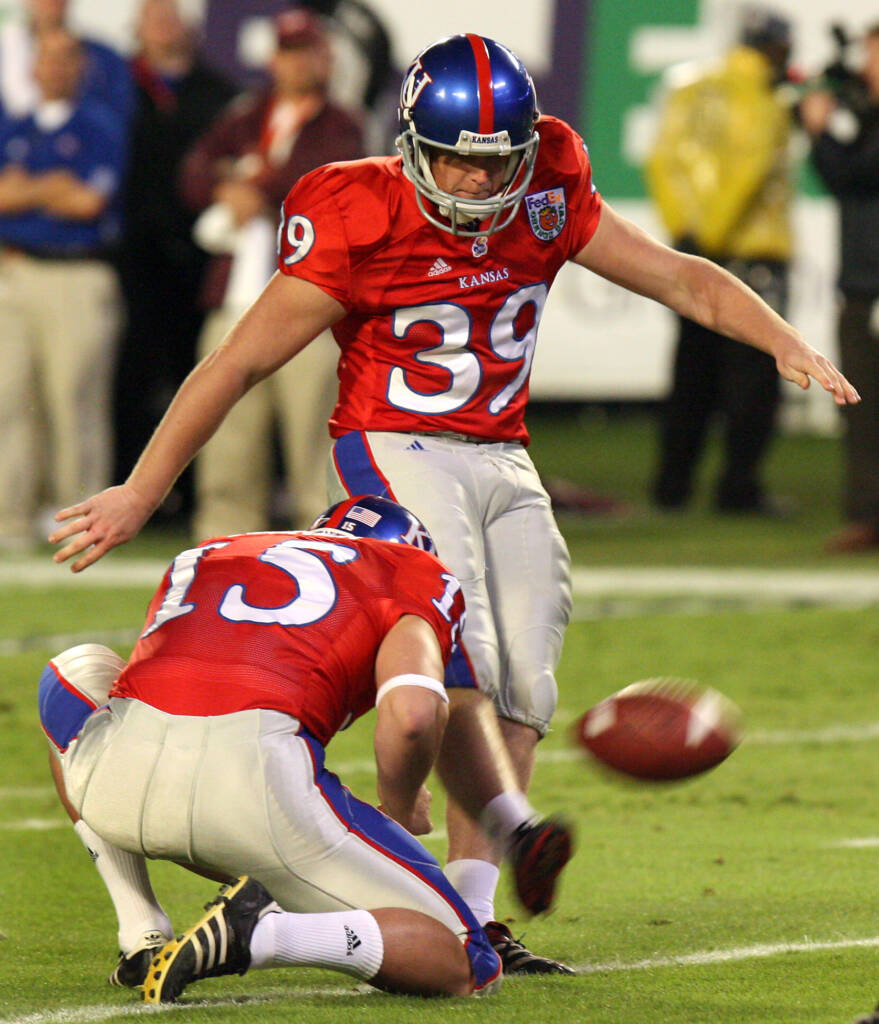 THE KICK IS BLOCKED! #KUOrangeBowl 🍊

Joe Mortenson comes through with a HUGE blocked kick to give the Jayhawks the ball back! pic.twitter.com/is4iIkupsD

let me get that https://t.co/wnGPUmF5HJ

We hope everyone watching at home are as hyped as @AqibTalib21 right now 😆 pic.twitter.com/rYkwyWkz79

Jayhawks strike first on a 60-yard pick-six from @AqibTalib21!