LAWRENCE, Kan. — The Kansas Jayhawks leave for their second road trip of the 2019 season, as they face off against the TCU Horned Frogs at Amon G. Carter Stadium in Fort Worth, Texas at 11 a.m. on Saturday.

The game marks the second Big 12 conference game of the year for the Jayhawks, after falling to West Virginia, 24-29, on September 21. In that game, Andrew Parchment led the way offensively with five receptions for 132 and two touchdowns, resulting in his first Big 12 Newcomer of the Week honor.

Saturday’s game against TCU is the 36th in the team’s history, with the Horned Frogs holding the series lead at 22-9-4, including a 10-2-2 advantage in Fort Worth, Texas. Last season, Kansas got the best of TCU in Lawrence, where the Jayhawks snuck out a 27-26 victory.

Ahead of Saturday’s matchup with TCU, head coach Les Miles met with the media.

After Saturday’s defeat, head coach Les Miles and players praised the Jayhawk fans for their show of support, which included a standing ovation as the team left the field. Saturday’s attendance of 35,816 fans were the most since Kansas hosted K-State on October 27, 2017. Through the first three games of the season, David Booth Kansas Memorial Stadium has welcomed 101,920 fans, the most over the first three games of the season since 2014. 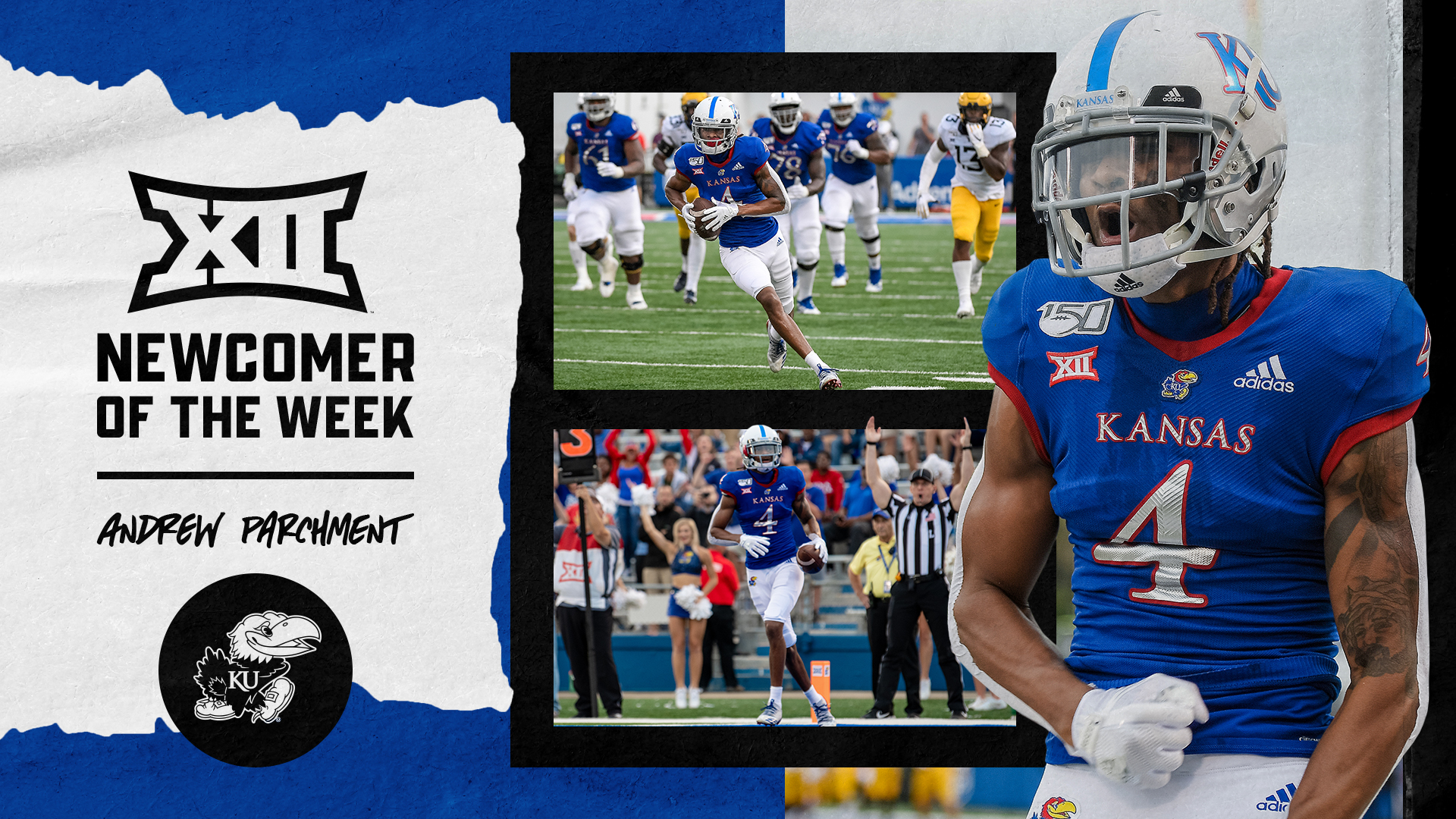 In his first four games as a Jayhawk, junior wide receiver Andrew Parchment has hauled in 24 receptions for 367 yards and four touchdowns, including two scores in each of the last two games. Parchment’s back-to-back two-touchdown performance marks the first since Steven Sims Jr., hauled in two touchdowns in consecutive games to start the 2016 season. Parchment’s standout effort earned him his first-career Big 12 honor, being named Big 12 Newcomer of the week on September 23.

In the third quarter against West Virginia, quarterback Carter Stanley found wide receiver Andrew Parchment open across the middle for a 75-yard touchdown strike, which is the longest touchdown score of the season for the Jayhawks. It was also the quickest offensive possession of the season for Kansas, as the Jayhawks marched down the field on their first play of the drive to make the score 20-17, West Virginia. The only play longer than the 75-yard touchdown was Khalil Herbert‘s 82-yard rush against Boston College, where he was stopped short at the 1 yard-line. 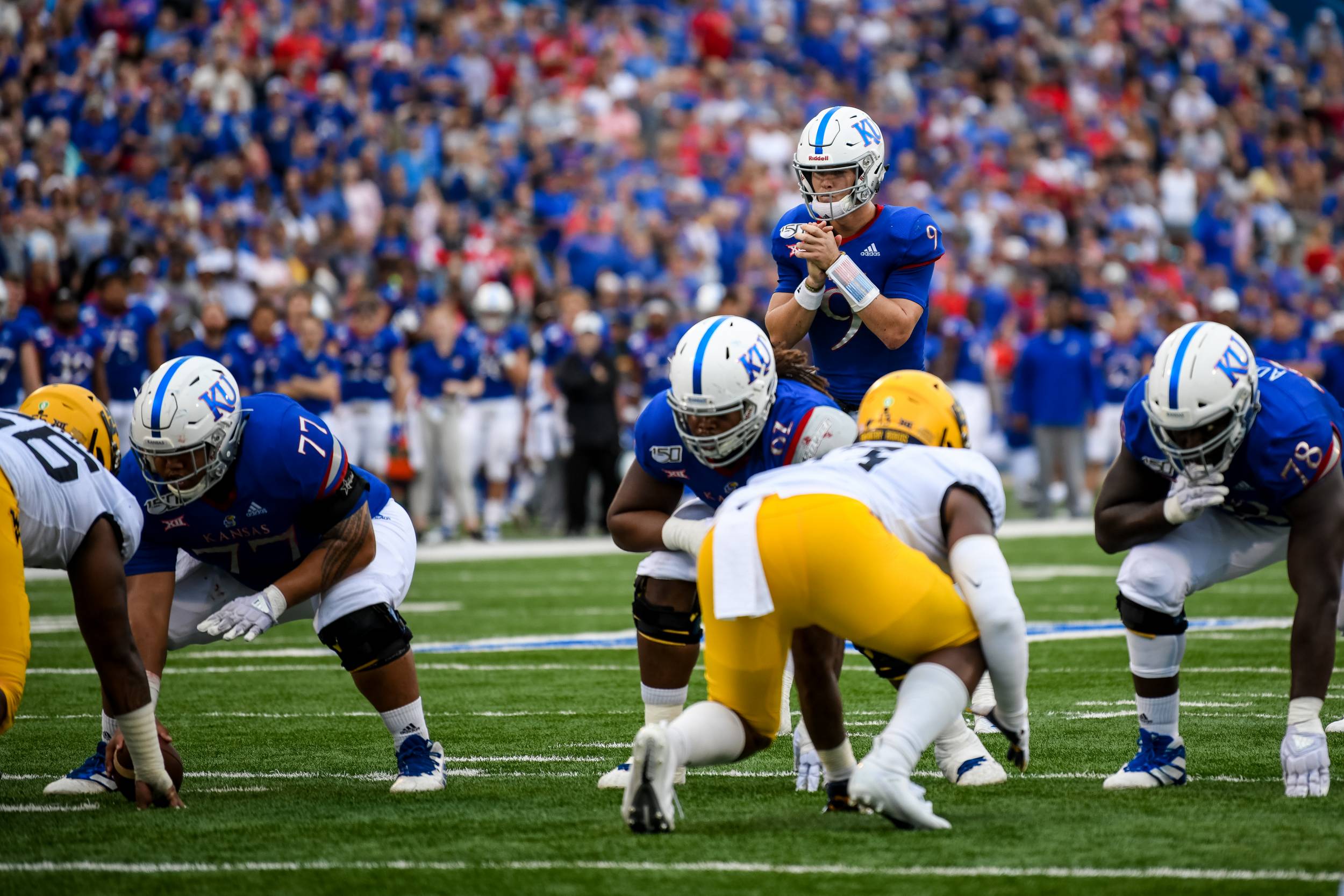 Last week against West Virginia, quarterback Carter Stanley completed 19-of-25 passes for 275 yards and three touchdowns, marking the third-most passing yards in a game in his career and the most since he threw for 418 yards against Kansas State in 2017. With his 275-yard passing performance last week, Stanley moved into the top-10 in all-time Kansas record books, moving from 11th to ninth with 3,232 career passing yards. 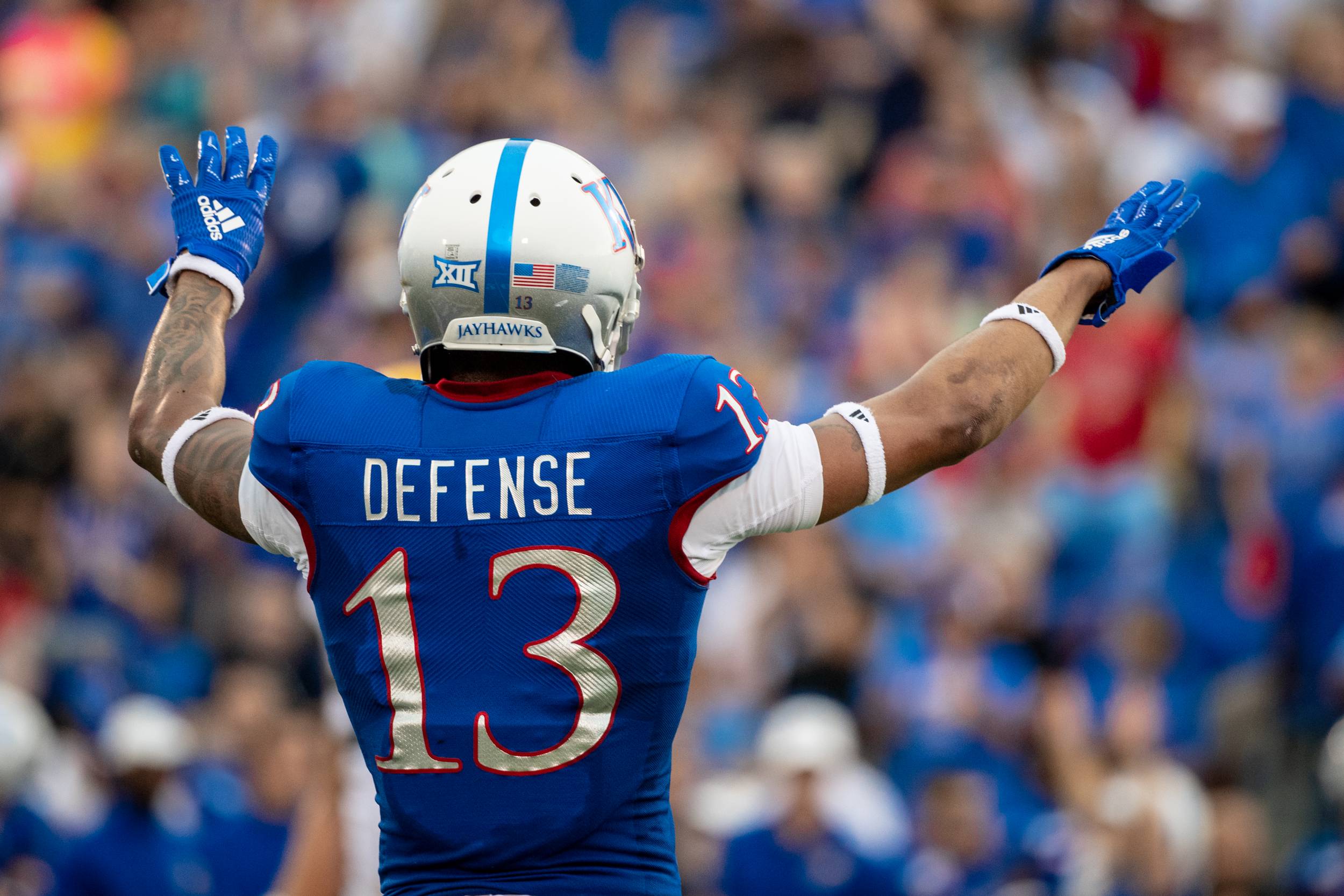