The game marks the seventh of the season for the Jayhawks and their third game on the road. Kansas has dropped its last three games, while both teams are coming off a loss to No. 5/5 Oklahoma.

Texas owns the all-time series record against Kansas with a 15-3 record, including an 8-0 record in Austin. Kansas claimed its last win in the series in 2016, when the Jayhawks took down the Longhorns in Lawrence, 24-17, in 2OT.

Ahead of Saturday’s clash with the Longhorns, head coach Les Miles met with the media. 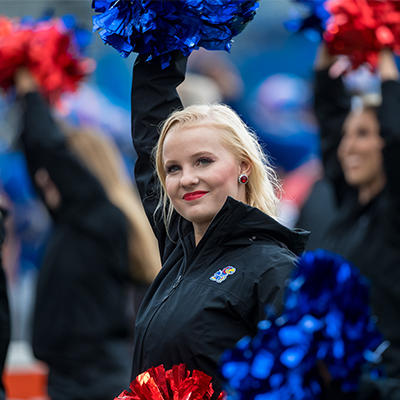 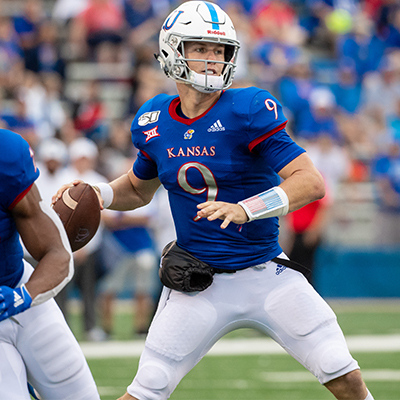 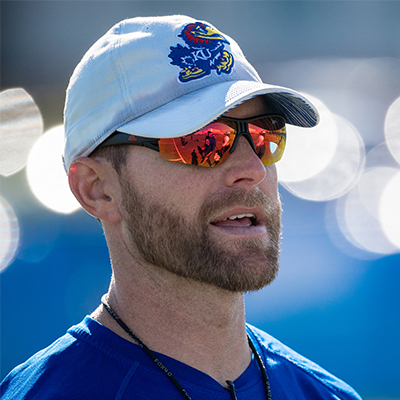 Les Miles announced during KU’s bye week that Brent Dearmon will assume the role of offensive coordinator/quarterbacks with the Jayhawks after joining the staff in January after a one-year head coaching stint at his alma mater, Bethel University. In his one season as head coach at Bethel University, Dearmon guided the Wildcats to their best season in school history. BU posted a 10-0 regular-season mark and a No. 3 ranking, while averaging 540.3 yards and a nation’s-best 55.0 points per game, the highest scoring offense not just in NAIA, but in all of college football. 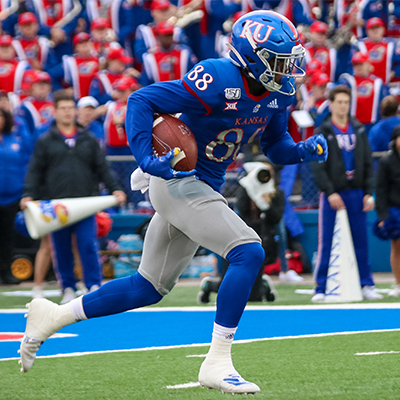 Redshirt freshman Jamahl Horne is known for his breakthrough speed, which has propelled the kick returner to six returns of 20 or more yards this season. Horne’s 303 return yards ranks 12th in the NCAA this season, where he averages 21.6 yards per return. Horne’s longest return of 40 yards came at TCU, while he has also broken off returns of 37, 28, 25 (2x) and 20 yards. 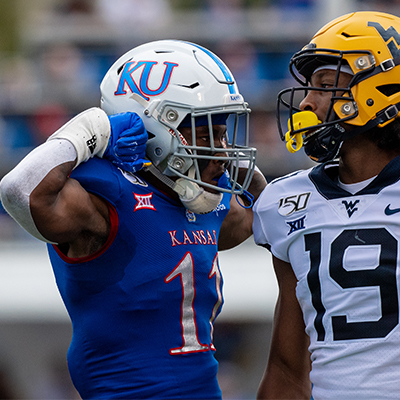 Kansas senior Mike Lee is known for his ability to put a hit on the ball carrier. Throughout his career, Lee ranks second among active FBS players in solo tackles per game, averaging 5.34. Lee has helped the Jayhawks defensively over the past four seasons, starting in 32 career games, while making 203 career solo tackles and 247 combined tackles. Lee has recorded 26 solo tackles, which ranks third amongst Jayhawks this season. 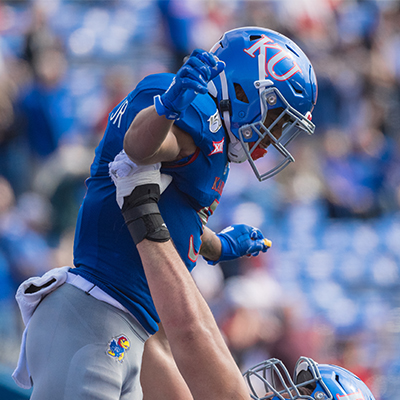