LAWRENCE, Kan. – Coming off winning the FAU Thanksgiving Tournament, Kansas (7-0) will be back in Allen Fieldhouse to face Florida for the Big 12/SEC Challenge on Sunday, Dec. 8, at 2 p.m. 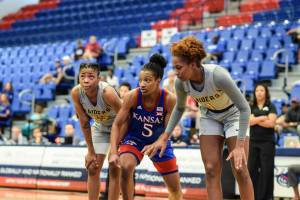 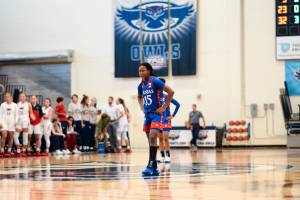 Florida is 5-2 so far this season averaging 67.9 points per game on 41.4 percent shooting from the field and outscoring its opponents by an average of 11.9 points.

Leading the Gators has been junior guard Kiara Smith averaging 13.7 points a game, 5.9 rebounds and 3.8 assists.

In the 84-40 win over Florida A&M, Gators’ senior forward Zada Williams finished with 22 points, 19 rebounds, two steals and a block. 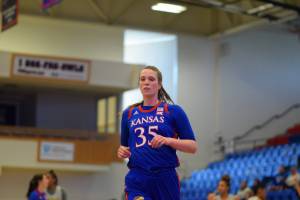 A LOOK BACK AT FAU

Sophomore guard Brooklyn Mitchell came out aggressive in the opening quarter scoring 11 points against FAU. Kansas went on an 11-2 run in the last 3:12 and took a 24-10 lead into the second quarter. 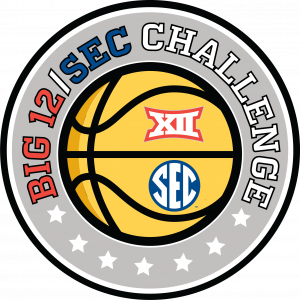 The sixth edition of the women’s basketball challenge between the Big 12 and Southeastern Conference includes six games that will feature at least one ranked opponent in either the Associated Press or USA Today Sports’ Coaches Poll. This is the fourth season in which 10 games will be played. The format consists of five home games on campus sites for each conference.

The inaugural challenge was held in 2014 in Little Rock, Arkansas and featured a top-5 showdown with No. 3 Texas squaring off against No. 4 Texas A&M. Oklahoma and Arkansas, who were both receiving votes, played in the second game. The conferences split the challenge with the two games decided by a total of nine points.

The 2015 version was contested in Oklahoma City with the opponents reversed as No. 5 Texas played Arkansas while No. 17 Oklahoma competed against no. 18 Texas A&M. Each league again claimed a win. In 2016, the sec edged the big 12, 6-4, in the first 10-game slate. The conferences have split the challenge, 5-5, in the last two seasons.

Last season, Kansas took down LSU, 68-61, in the SEC/Big 12 Challenge inside the Pete Maravich Assembly Center. The Jayhawks forced the Tigers into committing  22 turnovers, with 12 of them coming in the first half alone. Kansas capitalized on LSU’s mistakes, scoring 26 of its 68 points off of those turnovers. 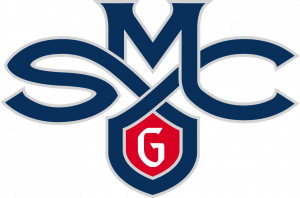 The Jayhawks will host Saint Mary’s College at Allen Fieldhouse for its seventh home game on Dec. 15, at 2 p.m.