LAWRENCE, Kan. — On Saturday, the Kansas Jayhawks return to David Booth Kansas Memorial Stadium to host the West Virginia Mountaineers in their first Big 12 Conference game of the season, with kickoff slated for 3:30 p.m., in Lawrence. The game will air on Big 12 Now on ESPN+.

The Jayhawks are coming off a convincing 48-24 victory over the Boston College Eagles at Alumni Stadium, where Kansas exploded for 567 yards of total offense and five touchdowns, after falling behind 10-0 to begin the game. The Jayhawks responded with a 27-0 run to close out the game, giving KU its first road victory over a Power-5 opponent since 2008.

Saturday’s game against West Virginia is the eighth in the series history, with West Virginia holding the series advantage, 7-1. The game also marks the second Big 12 opener between the two programs, with the last opener coming in 2017.

Ahead of Saturday’s matchup between the Mountaineers and Jayhawks, head coach Les Miles met with the media. 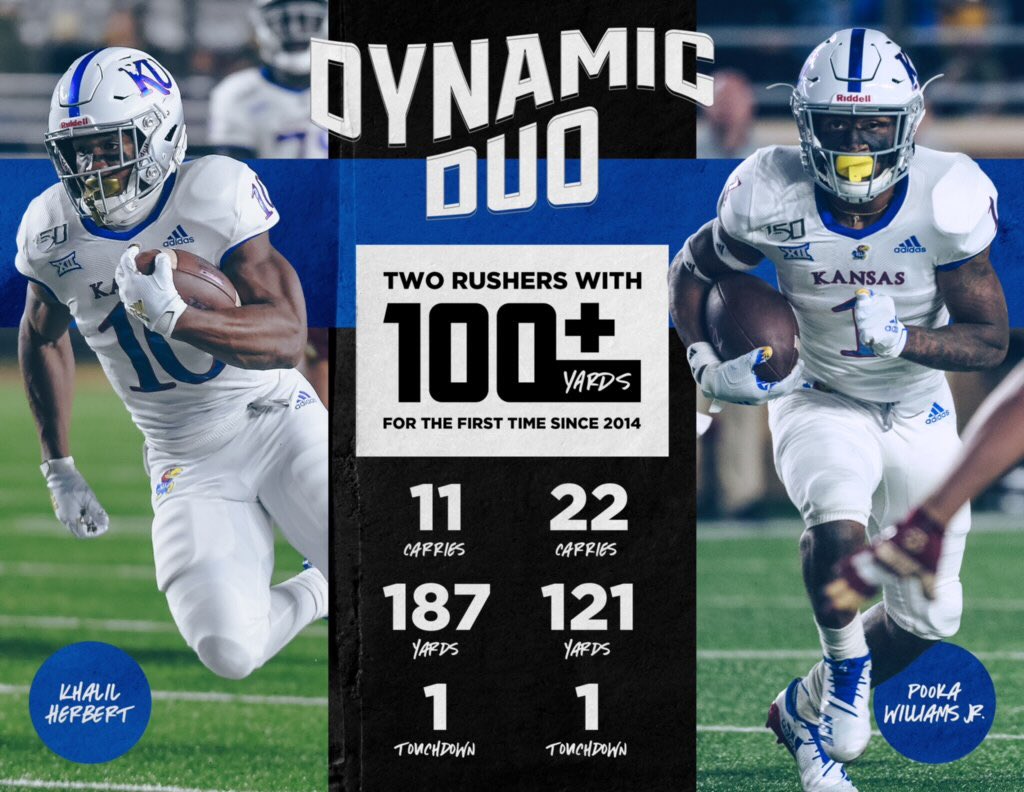 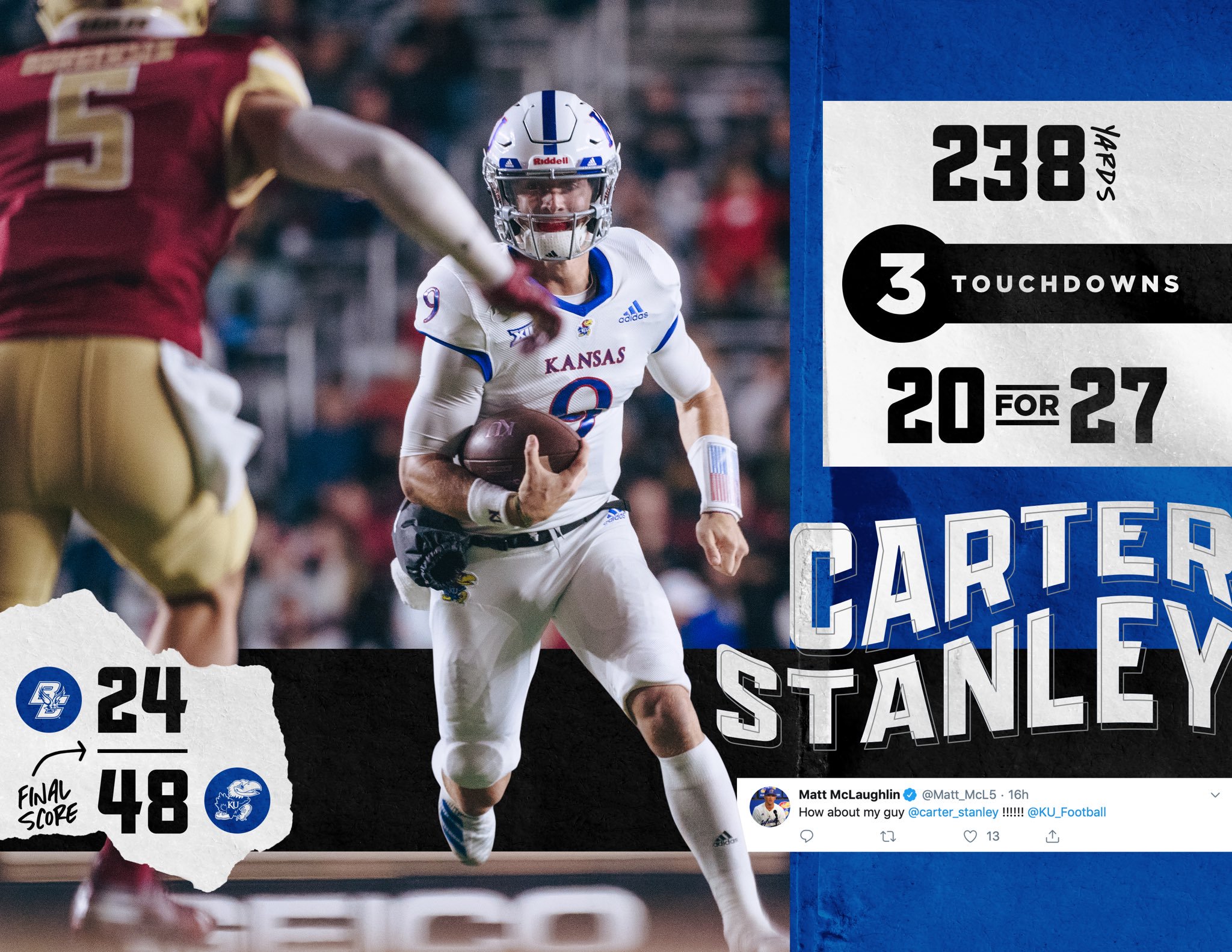 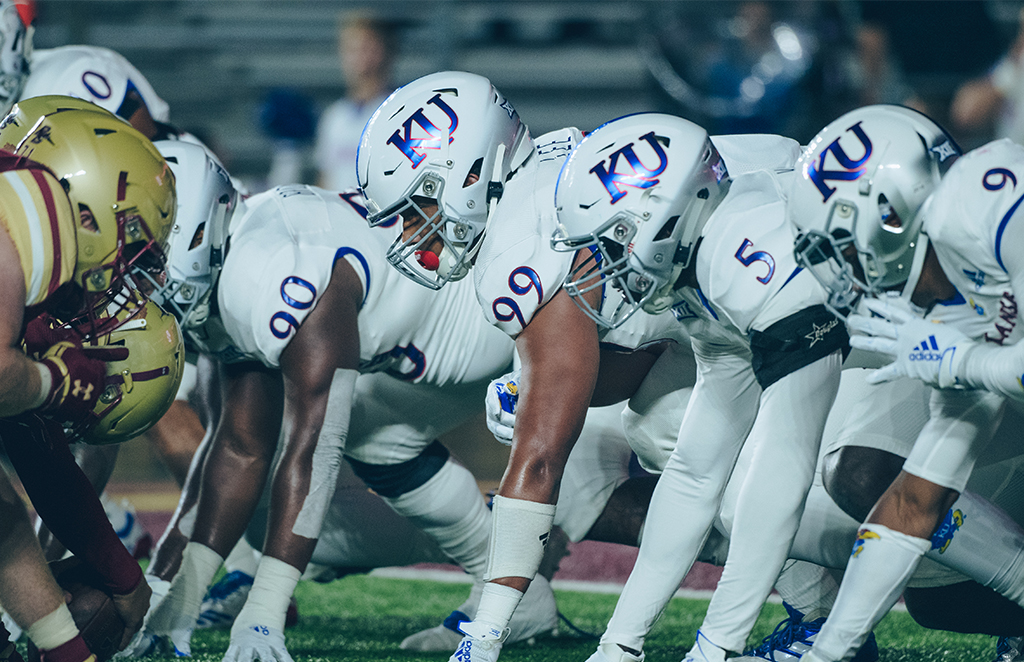 Kansas football turned around an early 10-0 deficit, then dominated Boston College for a 48-24 road win, beating a Power-5 team on the road for the first time since 2008. With the win, the Jayhawks (2-1) earned the Reveal Suits National Team of the Week honor for games of the weekend of Sept. 14, as selected by the Football Writers Association of America (FWAA) and its All-America committee. 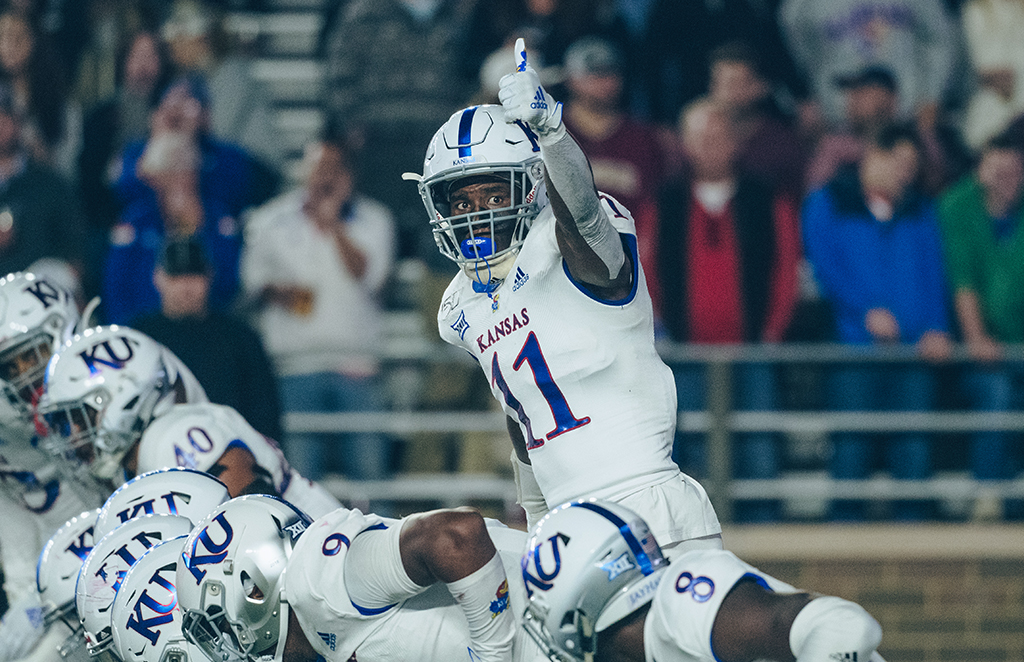 CARTER STANLEY TABBED AS A MANNING AWARD STAR OF THE WEEK

Senior quarterback Carter Stanley was named one of eight Manning Award Stars of the Week, the AllState Sugar Bowl announced on Monday, after Stanley threw for 238 yards on 20-of-27 passing and three touchdowns, in Kansas’ dominating win over Boston College on Friday. Stanley joins seven other quarterbacks as Stars of the Week, in which college football fans can now go to the Allstate Sugar Bowl Facebook page to vote for what they think was the best performance from this past weekend. Voting closes on Thursday at 11 a.m. CT, with the top vote-getter being announced as the Manning Award Quarterback of the Week.