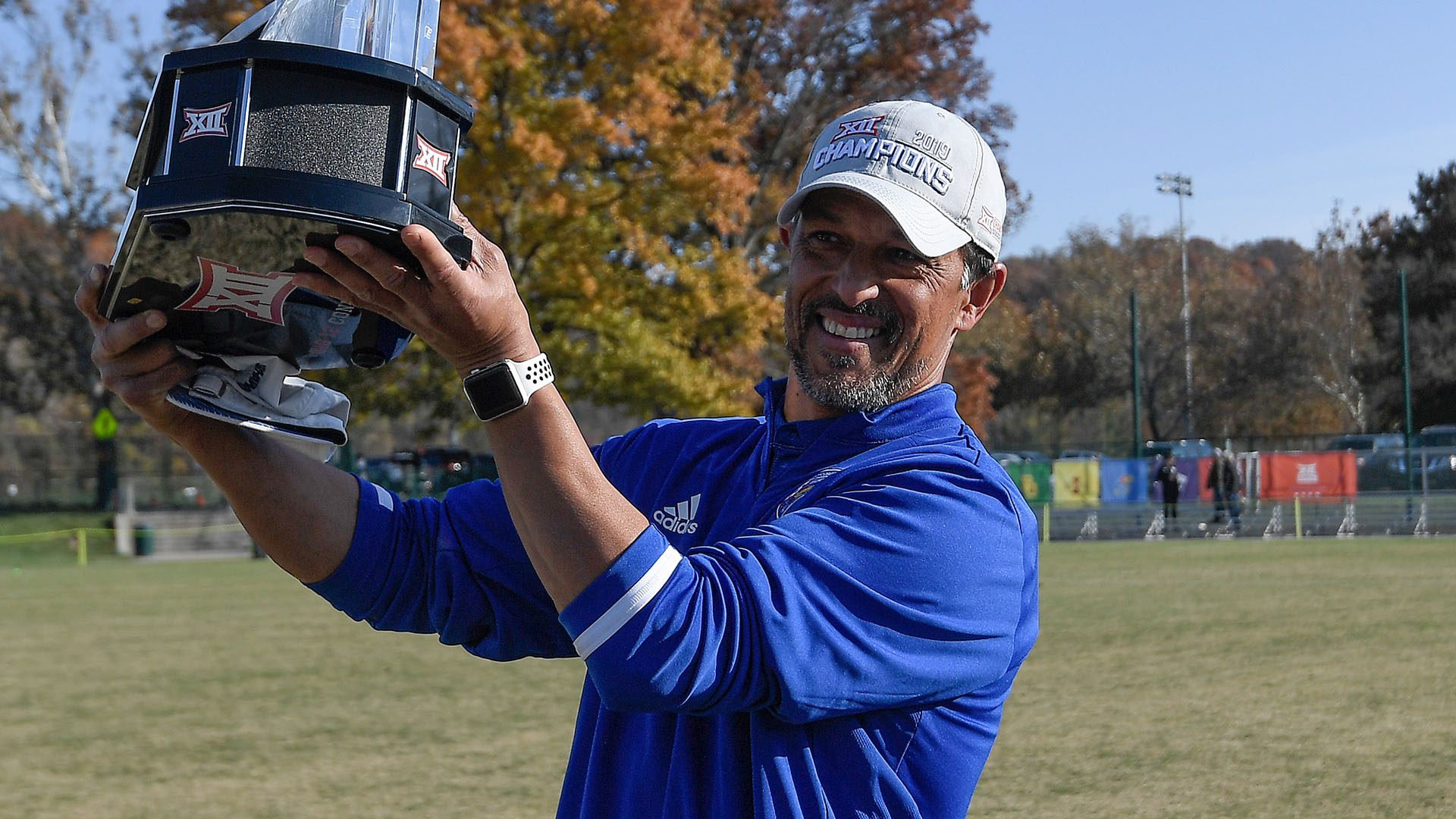 Continuity is an essential part of a successful athletic program, and in his first 22 seasons at the helm of Kansas soccer, head coach Mark Francis has brought just that.

After taking over a program just past its infancy, Francis effectively etched his signature on Kansas soccer by becoming not only the winningest coach in its history, but leading his team to nine NCAA Tournaments, 17 Big 12 Championship Tournaments and helping 78 student-athletes garner all-conference accolades, including seven that went on to earn All-America status. 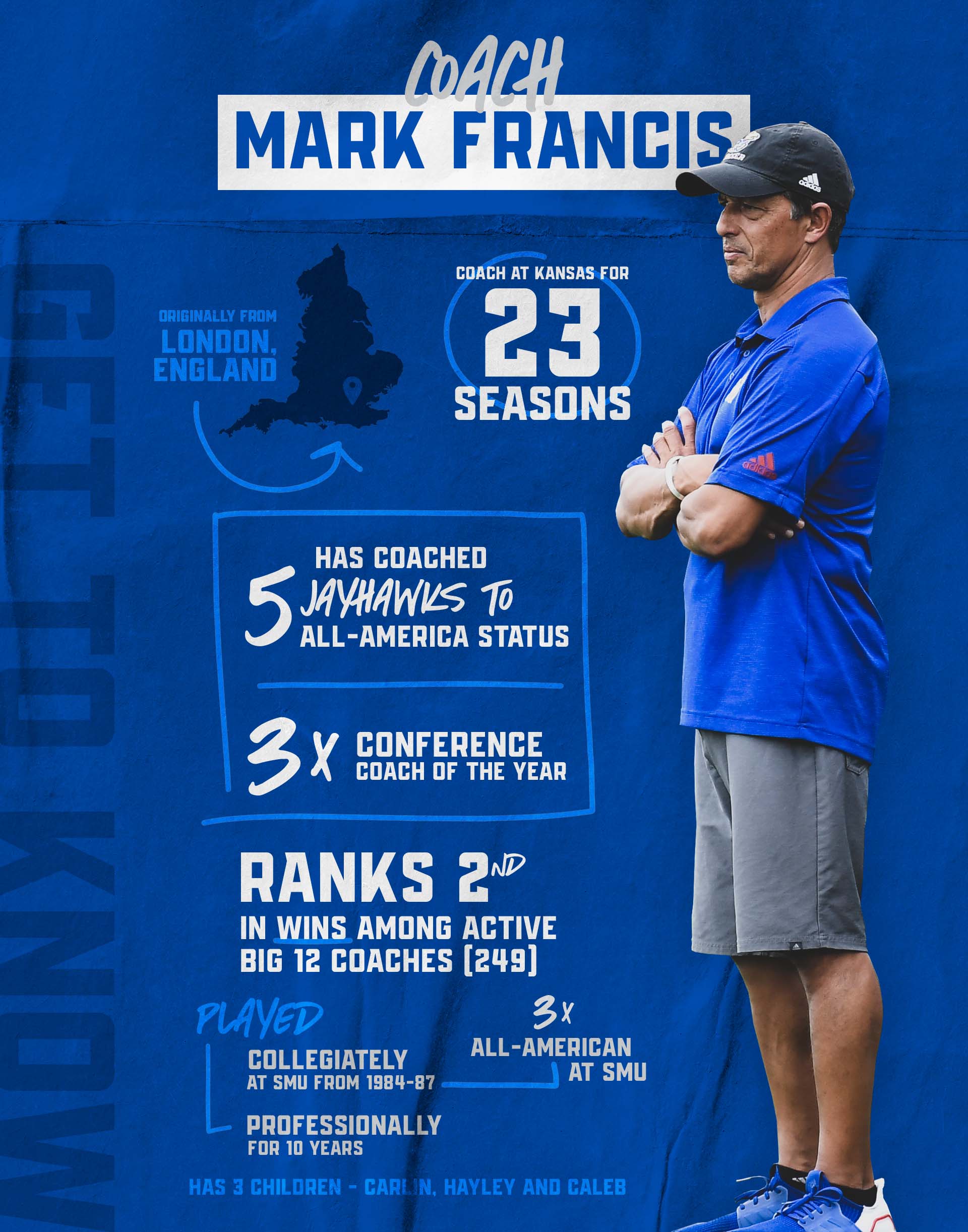