LAWRENCE, Kan. – Following back-to-back road trips, Kansas Football is returning to David Booth Kansas Memorial Stadium on Saturday, Sept. 24, for the first of three straight home games. First up for the Jayhawks is a non-conference matchup with the Duke Blue Devils of the ACC at 11 a.m. CT in a game that will be televised nationally by FS1.

Saturday’s matchup will close out non-conference play for the Jayhawks and be the fourth all-time meeting between the Jayhawks and Blue Devils on the gridiron. The series dates back to 2009 – the last time that Kansas opened its season 3-0 – and the home team has won each of the previous three meetings. Kansas defeated Duke 44-16 on Sept. 19, 2009, in Lawrence to move to 3-0 that season. Duke has since defeated the Jayhawks 41-3 in 2014 and 55-32 last season, with both meetings in Durham.

"You can see how proud everybody is. We see things start to swing our way and we are handling it on both sides even when things were not going our way. I saw the resilience of this team. I am proud of these guys, and we have a lot of season left to be played. I am really excited for these guys and the games at home. I hope fans will come and check these guys out because we are playing well."

Big 12 Player of the Week – full release
Kansas quarterback Jalon Daniels has been named the Big 12 Conference Offensive Player of the Week, the league office announced on Monday. Daniels accounted for five touchdowns and 281 yards in Kansas’ 48-30 win at Houston on Saturday.

I mean what did you expect…

Week 3 Recap – full recap
For the first time since 2009, the Kansas Jayhawks are 3-0 following a 48-30 victory over the Houston Cougars on Saturday, Sept. 17, at TDECU Stadium.

Daniels completed passes to 11 different receivers as he finished 14-of-23 for 158 yards and three touchdowns, tossing one each to Luke Grimm, Torry Locklin and Jared Casey. Daniels added one touchdown on the ground, as did Daniel Hishaw, who has scored at least one rushing touchdown in each game this season.

Rich Miller led the Jayhawks with nine tackles and 1.0 tackle for loss while Craig Young had seven solo stops and 1.0 sack. Lonnie Phelps and Kenny Logan Jr. each had five stops, with Logan adding his first interception of the season. Jereme Robinson also got a takeaway for the Jayhawks, forcing a fumble on a sack and making the recovery himself.

Game Preview
Fresh off back-to-back road victories, the Kansas Jayhawks (3-0, 1-0 Big 12) return home to David Booth Kansas Memorial Stadium to host the Duke Blue Devils (3-0, 0-0 ACC) on Saturday at 11 a.m. CT. The game will be televised on FS1 with Eric Collins and Devin Gardner on the call.

Kansas enters its non-conference finale 3-0 for the first time since 2009. The Jayhawks are coming off two straight road wins at Houston and West Virginia, while Duke enters the matchup at 3-0 following wins against Temple, Northwestern and North Carolina A&T.

Kansas enters week four as the third-highest scoring team in the country at 53.0 points per game. The Jayhawks have scored 22 touchdowns and two field goals through the games, ranking fifth in the country scoring offense (51.0 ppg), seventh in rushing offense (259.0), and second in third-down conversion rate (68.6%).

More Awards for Jalon – Walter Camp Award | Davey O’Brien List | Manning Award Star
In addition to being named the Big 12 Offensive Player of the Week, Kansas quarterback Jalon Daniels earned a trio of other awards following his standout performance in the Jayhawks 48-30 victory at Houston.

On Sunday, Daniels has been named the Walter Camp National FBS Player of the Week presented by 777 Partners, the Walter Camp Football Foundation announced on Sunday. He was then named an Allstate Sugar Bowl Manning Award Star of the Week for the second-straight week, mark the third-career Manning Award Star of the week honor of his career. To keep it going, Daniels was named to the Davey O’Brien Great 8 list for the second-consecutive week.

Daniels accounted for 281 yards (158 passing, 123 rushing) and five touchdowns (2 rushing, 3 passing) as Kansas defeated Houston. He completed 14-of-23 passes for three touchdowns and rushed for two scores as the Jayhawks improved to 3-0 for the first time since 2009. Daniels’ five-touchdown performance was the first of his career with multiple passing and rushing touchdowns, while he becomes the first Jayhawk since Todd Reesing in 2009 to throw and rush for 2+ touchdowns in the same game. Daniels completed passes to 11 different receivers in the win at Houston, and he has now thrown for 556 yards and seven touchdowns through the first three games of the season.

Quotable #3
“Truly there is a reason why for every single thing. There’s nothing that we just do by default in this program. There’s no such thing as a default setting with Kansas football. Everything is intentional.” – Matt Gildersleeve, Director of Sports Performance, to the Kansas City Star

Did You Know?
Led by a deep and talented running corps, the Jayhawks are one of only two Power 5 teams in the country this year to rush for at least 200 yards in every game, joining Arkansas. Kansas rushed for 297 yards against Tennessee Tech, 200 at West Virginia and 280 at Houston. It’s the first time the program has rushed for 200 or more yards in three straight games since 2012.

What Others Are Saying
Nicole Auerbach of The Athletic ranks the 10 best teams in the country each Saturday night at the conclusion of all games. The final spot each week goes to a team that may not actually be the 10th-best team in the country, but still deserves a little shine. That spot is occupied by the Jayhawks this week, and here is Auerbach’s reasoning. 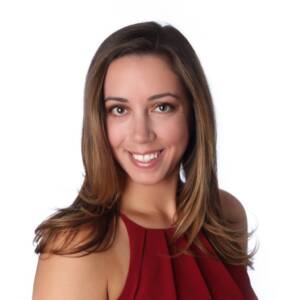 10. Kansas (3-0)
The Jayhawks could be ranked in this week’s AP poll for the first time since 2009 after a resounding 48-30 win over Houston on Saturday. It’s also the first time since 2009 that they’re 3-0, and they just won back-to-back road games for the first time since 2007. Quarterback Jalon Daniels deserves a great deal of credit for Saturday’s win, bringing methodical and calm play even when facing an early deficit prior to a weather delay. There’s no way to talk about what the Jayhawks are doing without lavishing praise on second-year coach Lance Leipold, who has proven to be a remarkable program-builder everywhere he’s been, from Division III to Buffalo to Kansas. This is a right-guy, right-place situation, and it’s great to see a downtrodden program find its footing again.

Quotable #4
“There’s no gray; it’s all black and white, all pointed towards winning. All the small details, all the small things, matter. And all of those lead up to victories. That’s how we think now.” – Sam Burt, super-senior defensive lineman

Get Your Tickets
The Jayhawks will be back at home next week for the second of three consecutive games at David Booth Kansas Memorial Stadium as KU hosts Iowa State on Saturday, October 1. Kansas will also host Big 12 opponents TCU, Oklahoma State and Texas later this season and single-game tickets can be purchased here.

Jayhawk Nation, we NEED YOU at The Booth next Saturday vs. Duke.

Be early. Be loud. And let’s make a statement‼️ #PackTheBooth

Up Next
Kansas will return to ‘The Booth’ next Saturday, October, for the first Big 12 Conference home game of the season against Iowa State. That game is set for a 2:30 pm CT kickoff and it will be televised nationally by either ESPN2 or ESPNU.