LAWRENCE, Kan. – One of the best players in the history of Kansas Women’s Basketball was not on the court when her No. 12 jersey was raised into the rafters. She was instead watching from the top rows of the stands in her nun habit, now known as Sister Paula. KU knew this record-breaking basketball player as Angela Aycock.

Aycock traveled to her jersey retirement from Western Canada, where she now resides as a nun in the Russian Orthodox Church Outside of Russia, according to kusports.com. KU and Aycock’s former coach, Marian Washington, negotiated with the 6-foot 2-inch former basketball star for weeks to set up an arrangement for Aycock to attend the ceremony.

There were 16,300 people in attendance as the No. 12 jersey was retired in the historic Allen Fieldhouse. The announcers told the crowd that Sister Paula was not able to be there because of religious obligations, but Sister Paula was quietly watching the ceremony from afar. The jersey retirement ceremony in 2003 was Sister Paula’s last public appearance.

The only public comment that Sister Paula made on the event was shared in a press release by the University of Kansas.

“God willing, many more young women will be inspired and challenge themselves as well as others not to limit themselves, but strive for excellence in all things,” she said.

Aycock was a legendary player for KU. Her career field goal percentage was 44.5%, and she finished with 1,978 career points, ranking her third in program history. Aycock dominated her senior season especially, averaging 23.1 points and 7.3 rebounds. She went over 70% from the free-throw line in the 1994-95 season. Later that year, she was named an Associated Press Second Team All-American as well as a Kodak All-American. 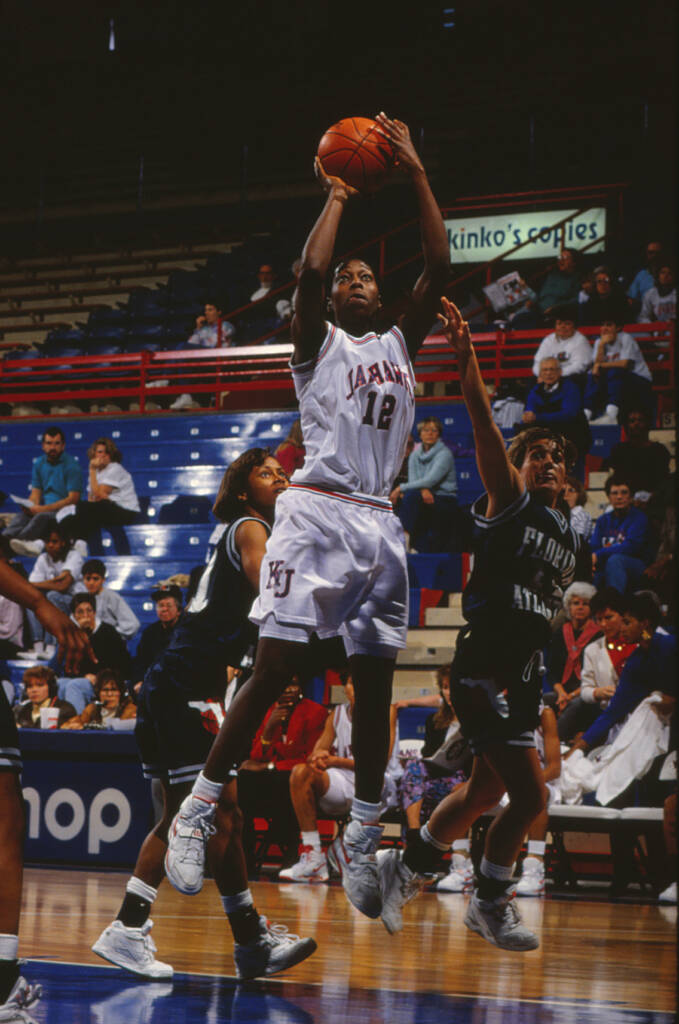 Aycock, now Sister Paula, also prioritized the success of her teammates, according to kusports.com. She would often volunteer to help during their extra practice time, spend hours rebounding shots in the gym for her teammates. Aycock also was known for showing recruits around the campus and making them feel welcome.

“‘I can’t explain to you how much everyone liked her,’ Koya Scott, a Plano East graduate who followed Aycock to Kansas and is now an assistant coach at Fordham University said. ‘She was so very easy to talk to. She was a typical college kid except that she never did the dumb things typical college kids did.’”

The KU legend from Lincoln High School in Dallas, Texas grabbed plenty of attention in her impressive high school career too. She was noted as the second-best player in the country by Women’s Basketball News Service during her recruiting. Aycock was a part of the U18 and U19 USA Women’s teams in 1992 and 1993, according to kusports.com. Additionally, Aycock was the USA Today and Dallas Morning News Texas Player of the Year.

After graduating from KU, Aycock went to play professional basketball in the ABL and the WNBA for the Phoenix Mercury, Seattle Storm and Minnesota Lynx. Aycock then played professionally overseas for various teams in Europe and Asia, but her professional career was short.

“‘She was searching for something higher than basketball could give her [after professional play],’ Kevin Cook, who recruited Aycock from Kansas, said. ‘She had lost the fire in her belly. It was time to move on.’”

Tamecka Dixon, another of KU Women’s Basketball’s greats, also had her jersey raised into the rafter that day along with Sister Paula. Dixon, an All-American, was a two-time conference player of the year at Kansas and a two-time WNBA champion with the Los Angeles Sparks, which came in 2001 and 2002. She was also named a three-time WNBA All-Star while with the Sparks.

No matter where Sister Paula is today, she will always have a place in KU Women’s Basketball’s record book and a place in the legendary Allen Fieldhouse. 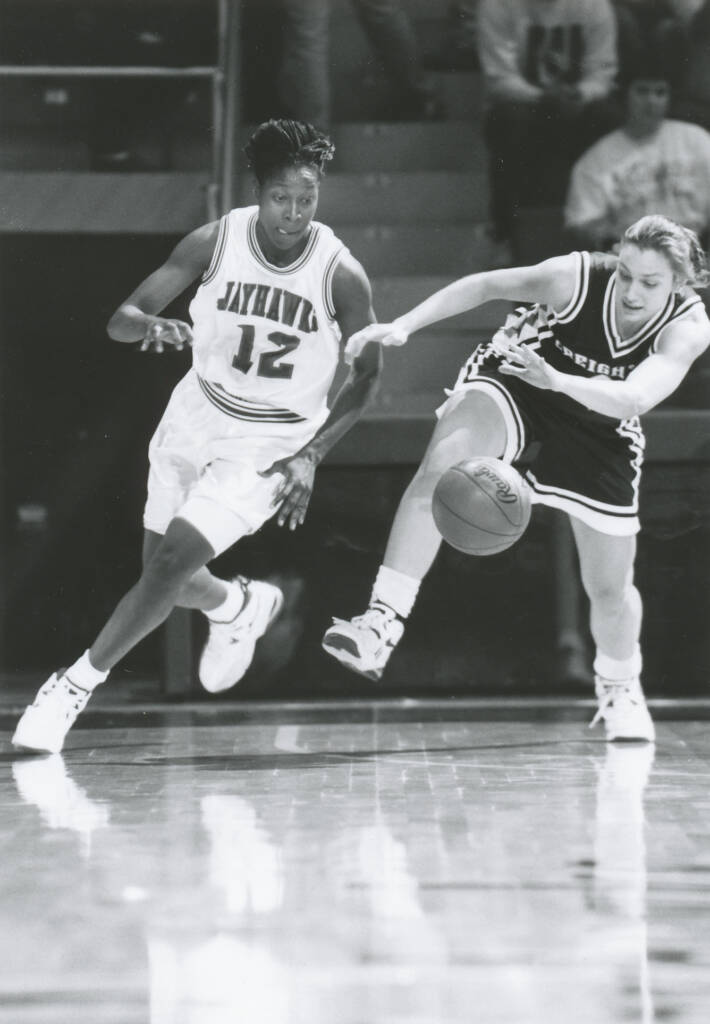 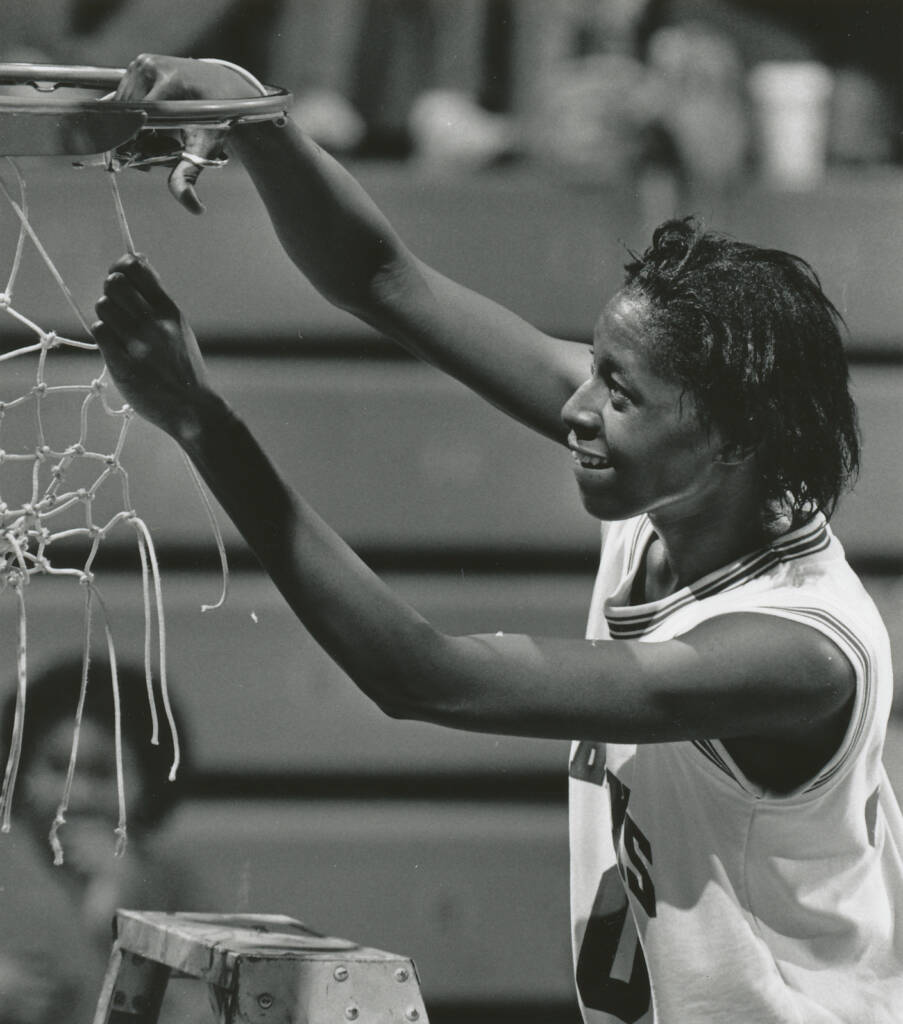 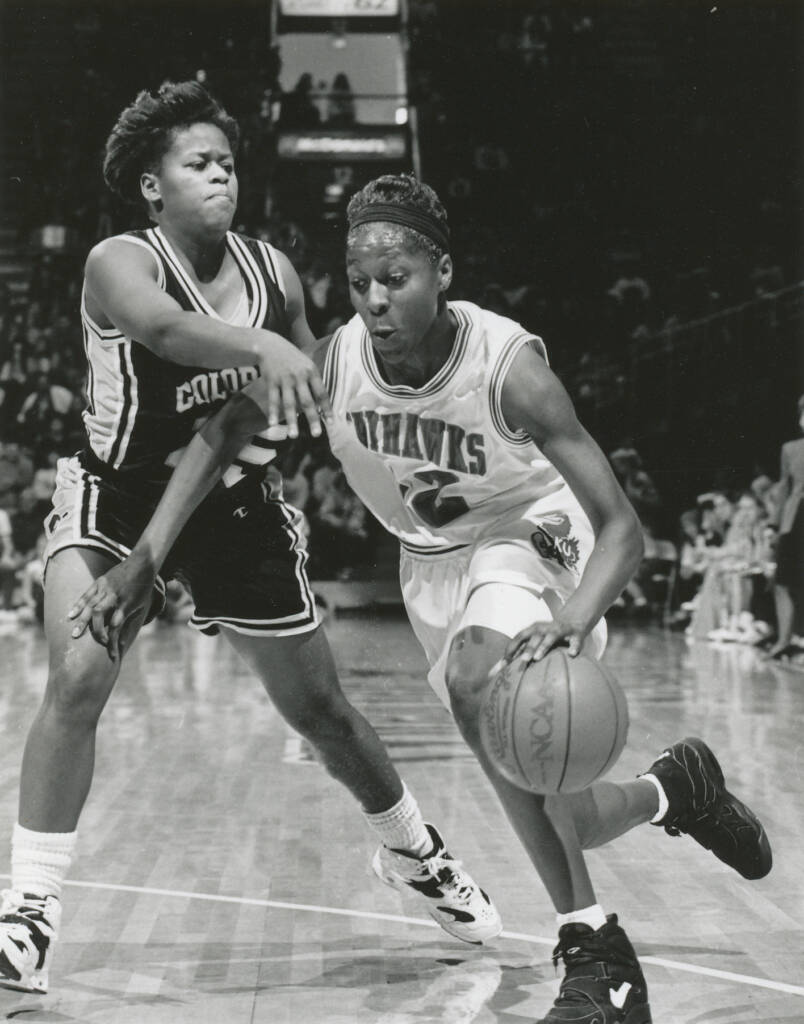 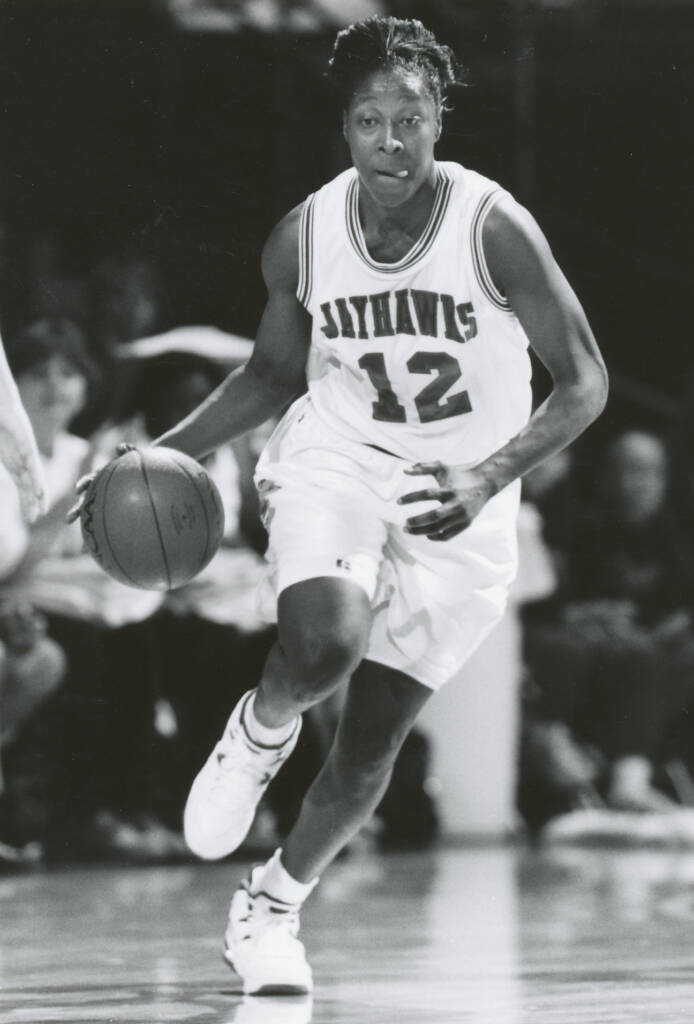 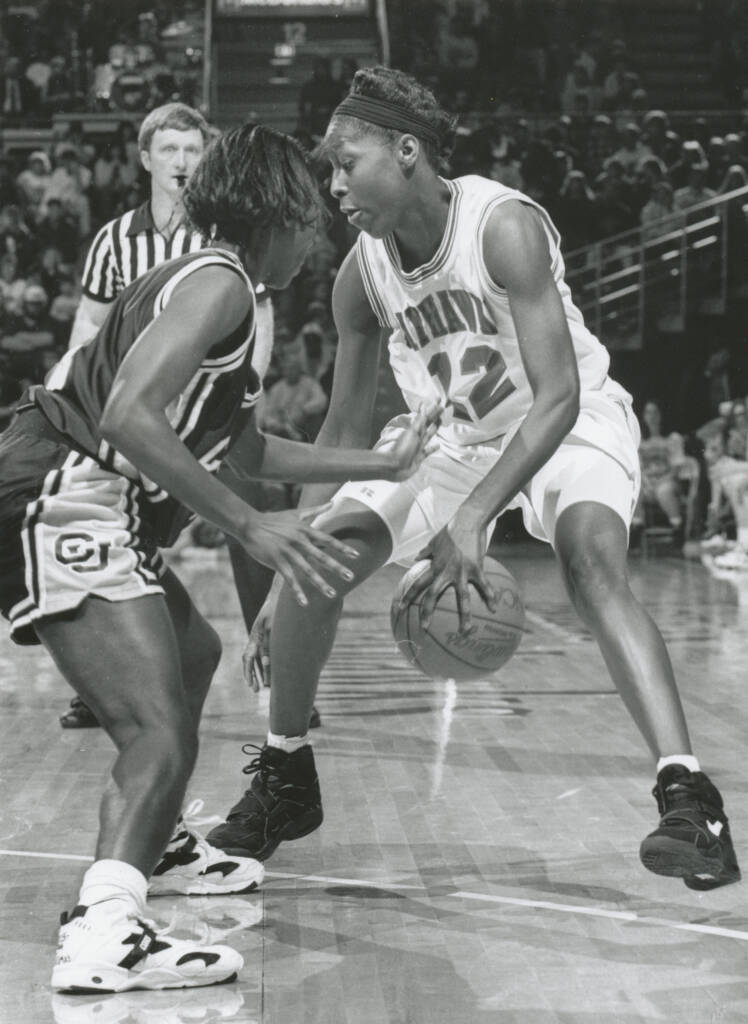 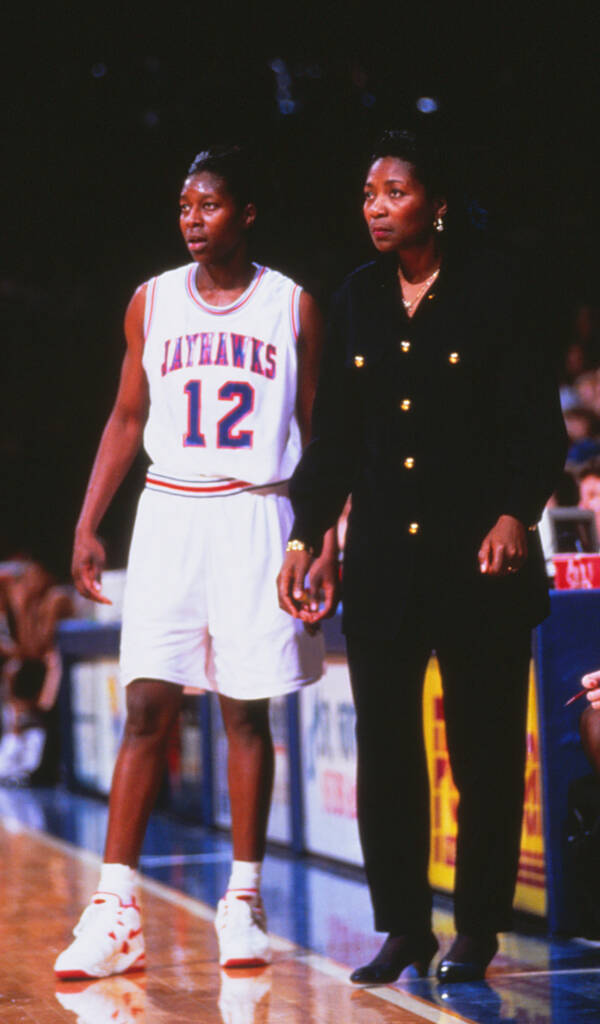 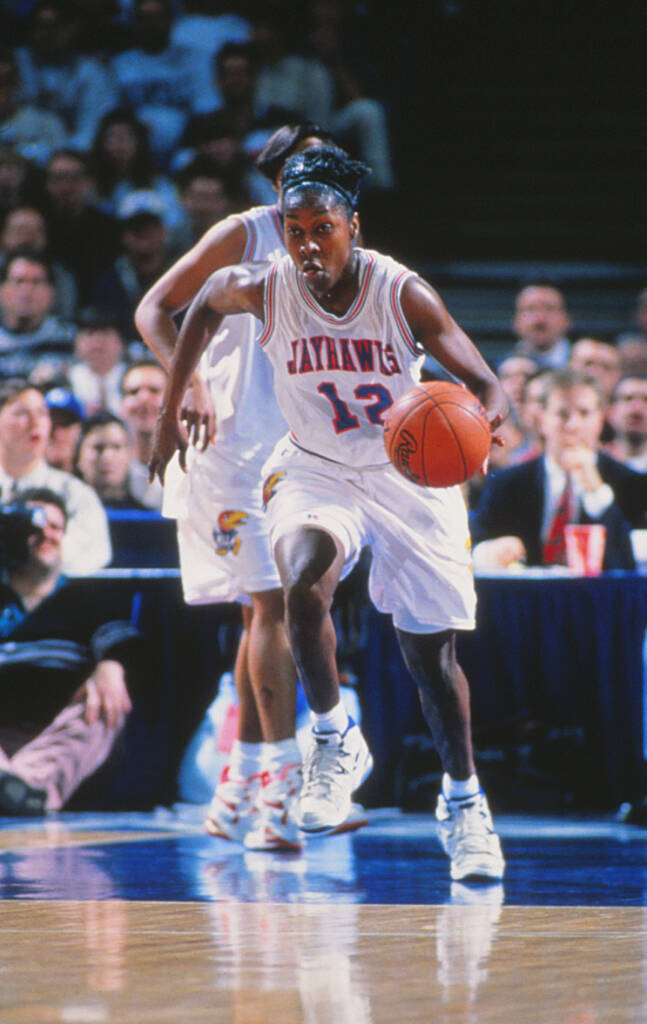 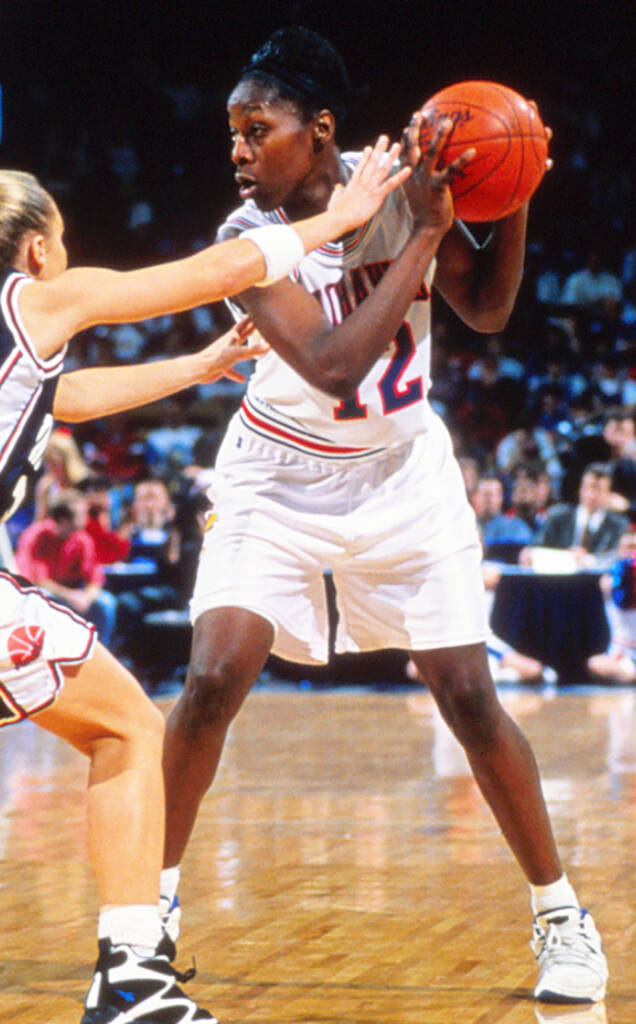