Even though Kansas had the lead for 32 minutes of the game, the Mavericks stayed close behind. However, with their aggressiveness late in the fourth quarter, Franklin (freshman) and Mitchell’s (Sophomore) efforts down the stretch secured the win for the Jayhawks.

The Mavericks came out hot in the final 10 minutes. Kansas head coach Brandon Schneider called a quick timeout. During that 60 second timeout, the fire ignited between the two guards and the game became theirs.

“We had a three-part conversation, the third part was to make a concerted effort to put Brooklyn in some position to be aggressive offensively,” said Coach Schneider. 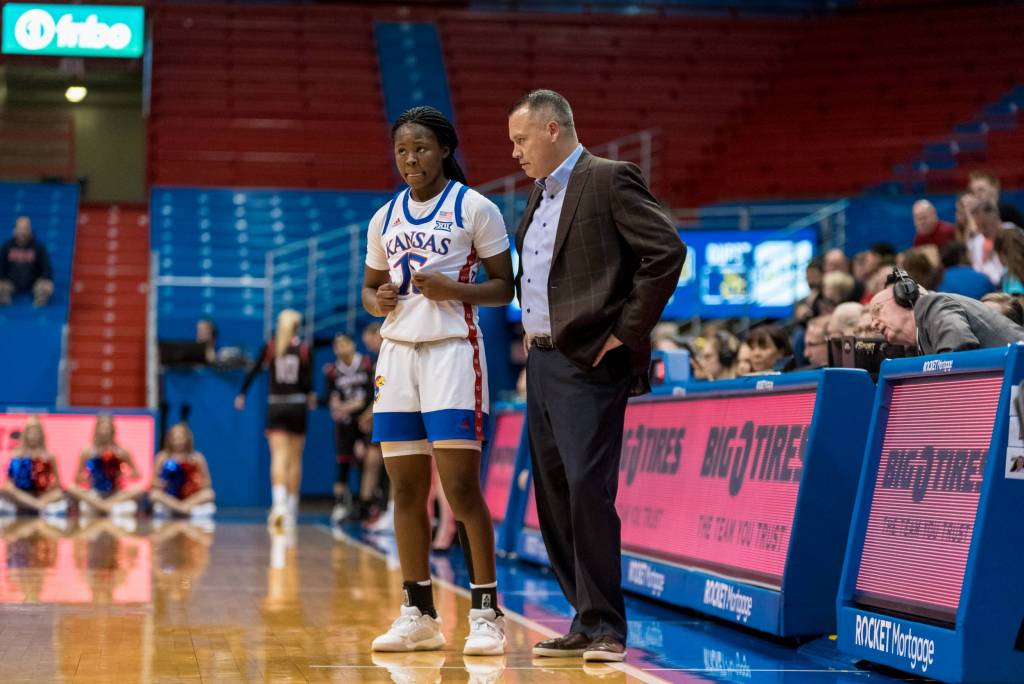 Following the timeout, Mitchell had three quick baskets with one resulting in an and-1. Franklin and Mitchell quickly took the game into their own hands, finishing the Mavericks off.

The duo found themselves continuously driving to the lane, drawing contact and getting to the free-throw line.

With just under a minute to go in the game, Franklin stole the ball and made a full-court pass to Mitchell for a lay-up, which put the Jayhawks up 61-48.

"It was just a connection. I had trust that she was going to catch it and finish."

“KB [Franklin] is like a little sister almost, you know being a freshman and all. Just helping her transition, just telling her certain things I know Coach Brandon is looking for from her,” said Mitchell.

The two seem to have a certain kind of connection that can’t be matched.