LAWRENCE, Kan. – The Jayhawks split their exhibition record 1-1 after their recent win against the Emporia State Hornets on Sunday. Just a week after they allowed 90 points to an aggressive Pitt State team in the exhibition opener, the Jayhawks used the seven days to find their rhythm on the defensive end. The team threatened Emporia State with a contentious man-to-man spread and took control of the defensive game, forcing 22 turnovers from the Hornets.

Though Kansas only allowed the Hornets to lead the game one time late in the third quarter, the offensive performance from the Jayhawks was that of a young, inexperienced squad. Committing 25 turnovers, 17 in the first half, the Jayhawks have much to learn from the outcome of this matchup. After an impressive offensive feat against Pitt State and a destructive defense in the Emporia State contest, the next step for the Jayhawks is to solidify their pressure on both sides of the ball to create a consistent threat at each end. 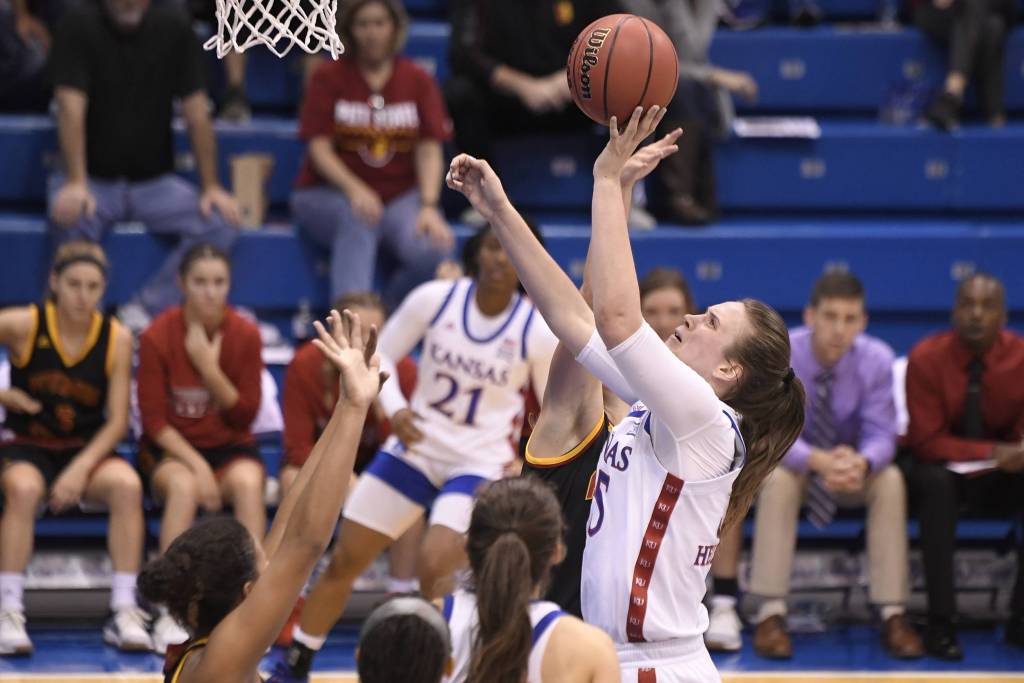 Bailey Helgren’s 15 points, 7 boards and 5 blocks was the closest to an all-around competitive performance from the Jayhawks. One of two returnees for the 2019-2020 season, Helgren is dangerous to opponents because of her consistency in the paint and her aggression on defense. The junior from Edina, Minnesota has proved to be a 6’5” tower of treasure for the Jayhawks thus far. 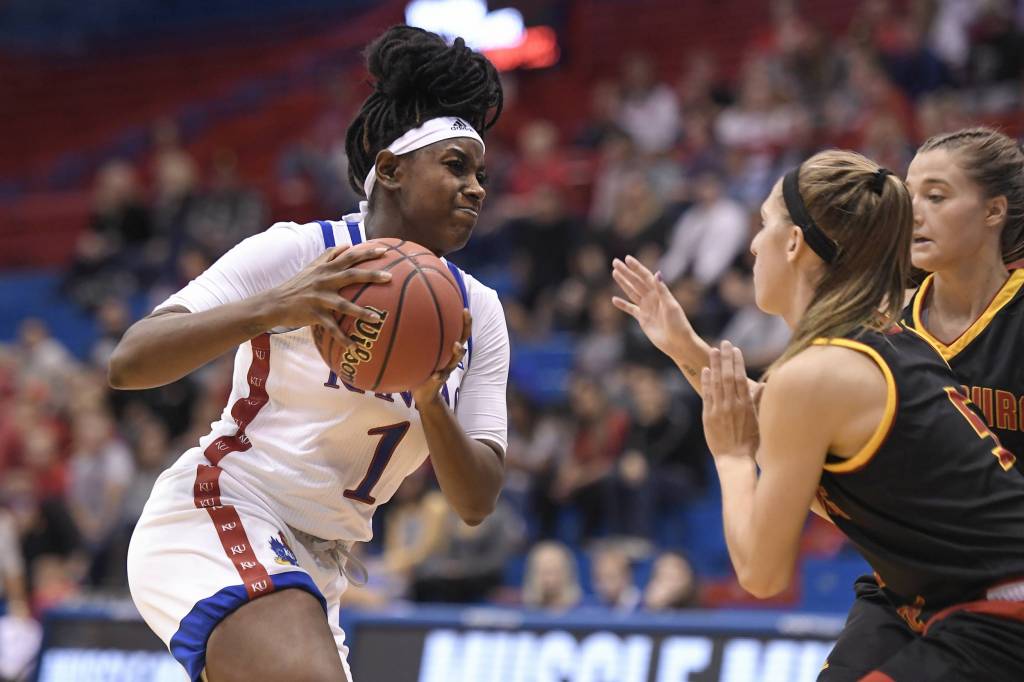 Newcomer Tina Stephens also showed some potential off-the-bench as she added another 15 points and four rebounds to the total. The transfer from Florida Southwestern College contributed 12 points and six boards in the first exhibition matchup and has flashed some glimpses of an impressive season to come with the Jayhawks this year.

While the Jayhawks must overcome their lack of experience as a unit to compete in conference play this year, fans have plenty of reason to be hopeful. This squad, while young, does not lack the talent to be a contender in the Big 12. Head Coach Brandon Schneider has been granted several viable options on his bench to disciple an underdog team into a successful force.