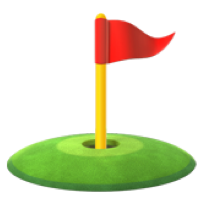 AUSTIN, Texas – After two-complete rounds of play with an identical lineup as the season opener, the Kansas women’s golf team sits in a tie for sixth place Saturday evening at the Betsy Rawls Invitational.

The 47th-consecutive running of the 54-hole tournament challenged the Jayhawks in the first round with no player finishing under par. Junior Sera Tadokoro rebounded in the final 18 holes of the day to shoot a 3-under-par-69 and put herself inside the top-20 in a tie for 19th (+2 overall).

Sophomore Abby Glynn played steady throughout the day carding a 2-over-par-74 and 3-over-par-75 in the first and second rounds, respectively, and finished as the Jayhawks’ No. 2 performer on the day (T-23rd).

“It was great to see Sera play a very steady second round with four birdies and only one bogey,” head coach Erin O’Neil said. “The biggest difference between the two rounds was her short game. Hopefully she can continue to put herself in good positions tomorrow to score, and commit to her playing focused on each shot and not to push to make something happen. She will definitely need to keep a gritty attitude throughout the day.”

Tadokoro’s second-round finish marks the second time this season the Osaka, Japan native shot under par as she is the only Jayhawk to break even par in a tournament this year.

Three other KU players rounded out the day’s competition with sophomore Lauren Heinlein (+7) sitting in a tie for 30th; and freshmen Ellie Roth (+10) and Joy Mannix (+13) holding down the No. 38 and No. 42 spots, respectively.

“Course management is key,” O’Neil said. “There will be plenty of birdie opportunities out there to offset any missteps we may have, but we will need to stay patient and disciplined in our decisions to move up the leaderboard.”

KU tees off the final round Sunday morning, October 11, at 8:45 a.m. in shotgun fashion. Fans can follow the scores live via Golfstat and the Kansas women’s golf social media accounts, or tune into tape delayed broadcast of the event on the Longhorn Network.