Jayhawks in the NFL: Week One 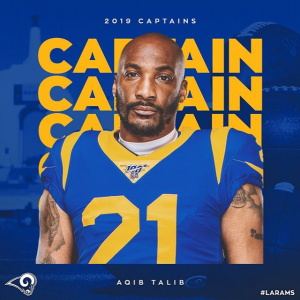 After being named a team captain for the Rams earlier this week, veteran Aqib Talib enters his 12th NFL season on Sunday, including his second with the Rams. Throughout his career, Talib has garnered All-Pro recognition twice, while being named to the Prow Bowl one five different occasions.

Today Makes it 17 years it took for me to complete a promise i made to my mama that i would go to the NFL. All she can do is cry! I could never repay you but Im doin the best i can to break even 💙

Steven Sims Jr., looks to make his NFL regular season debut on Sunday, after making the Redskins’ 53-man roster. Sims stood out during the preseason for the Redskins in the preseason finale against the Baltimore Ravens, recording a touchdown. 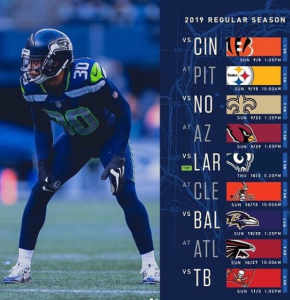 Safety Bradley McDougald enters his seventh NFL season this weekend, including his third with the Seattle Seahawks. A season ago, McDougald recorded a career-best three interceptions and recorded 78 combined tackles.

Dorance Armstrong was an effective role player as a rookie. One of the most fun questions facing the #DallasCowboys defense is how much he can progress in year two.

Dorance Armstrong Jr., was named to the Dallas Cowboys 53-man roster last week, as the Jayhawk enters his second season with the team. Last year, Armstrong recorded one start, while playing in 15 games. 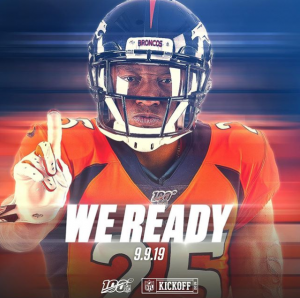 Chris Harris Jr., will round out week one of the NFL action for the Jayhawks, as Harris and the Denver Broncos take on the Oakland Raiders on Monday Night Football. Entering his ninth season with the Broncos, Harris has been named to four Pro Bowls throughout his career while recording 19 career interceptions.