Jayhawks in the NFL: Week Two

LAWRENCE, Kan. — Week two of the NFL regular season continues this weekend as five Jayhawks take the field for their respective NFL teams on Friday, including a showdown between Steven Sims Jr., (Washington Redskins) and Dorance Armstrong Jr., (Dallas Cowboys).

Through week one of the NFL regular season, teams with a Jayhawk have a 3-2 overall record, as several teams take the field for intriguing matchups in week two. 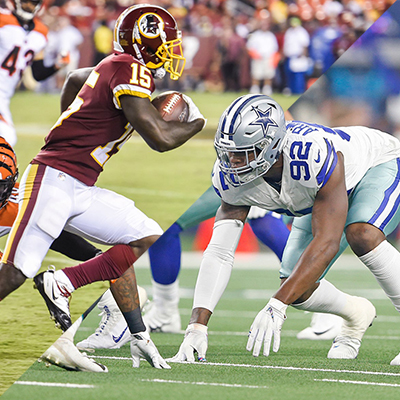 Steven Sims Jr. made an impact in his NFL regular season debut with the Washington Redskins where he returned three kickoffs, gaining an average of 15.3 yards a return. Dorance Armstrong Jr. made an appearance in last week’s game against the Giants, where he and the Cowboys were able to come out with a season-opening victory, 35-17. 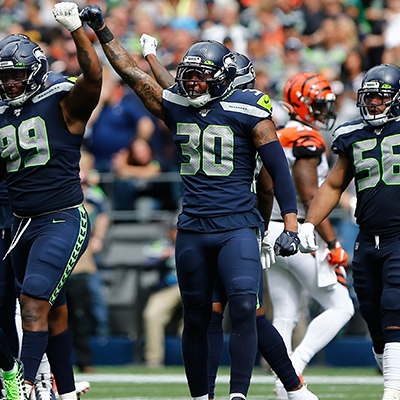 In the week one opener against the Cincinnati Bengals, Bradley McDougald made the starting lineup for the Seahawks defense, recording four tackles and one forced fumble. McDougald and the Seahawks walked away from the game with a 21-20 win over the Bengals. 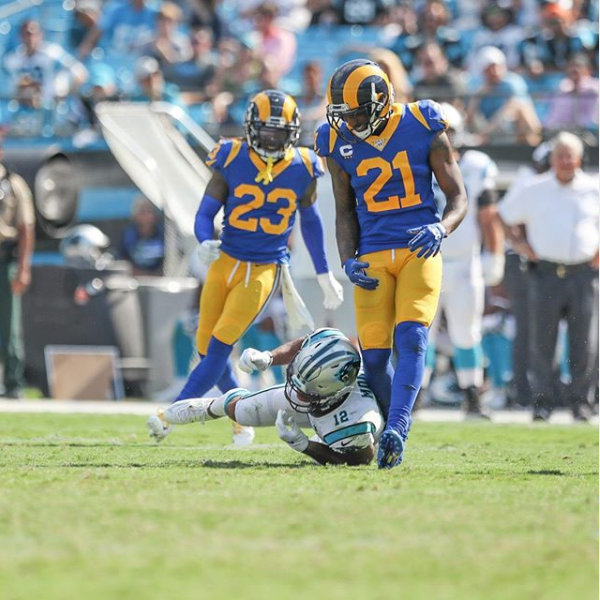 In the Denver Broncos’ season-opener, Jayhawk Chris Harris Jr., combined for four tackles and a tackle for loss against the Oakland Raiders. The Broncos look to rebound from their week one loss as they host the Chicago Bears in week two.