EUGENE, Ore. – Kansas track and field great Jim Ryun was honored as one of 30 individuals inducted into the inaugural United States Track and Field and Cross Country Coaches Association (USTFCCCA) Collegiate Athlete Hall of Fame, which took place at the Hult Center for Performing Arts in Eugene, Oregon on Monday night.

“It’s very special, especially when you’re a part of the inaugural class,” Ryun said. “I look back on my career as basically a dream … It’s a great honor to be here with all of these wonderful athletes.”

Ryun was one of 30 individuals in the prestigious class, representing over 200 national collegiate individual titles, 99 world records and 18 Olympic gold medals.

Ryun, along with all of the inductees and their families were invited on to the stage to share their memories with host John Anderson. Each inductee was awarded with the Hall of Fame medal and welcomed by the Hult Center crowd. 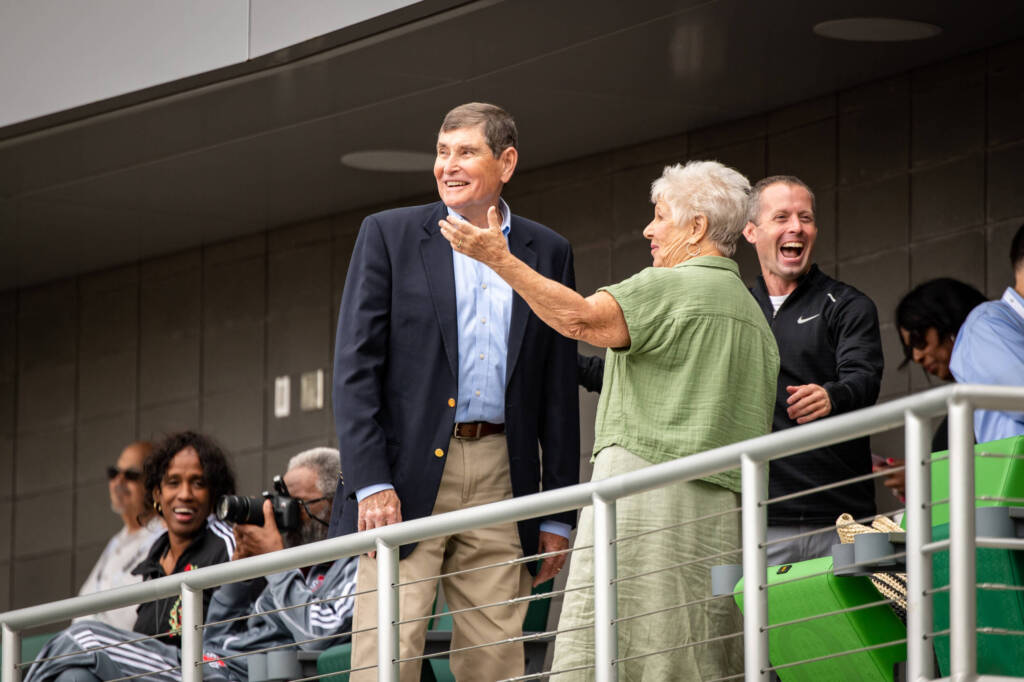 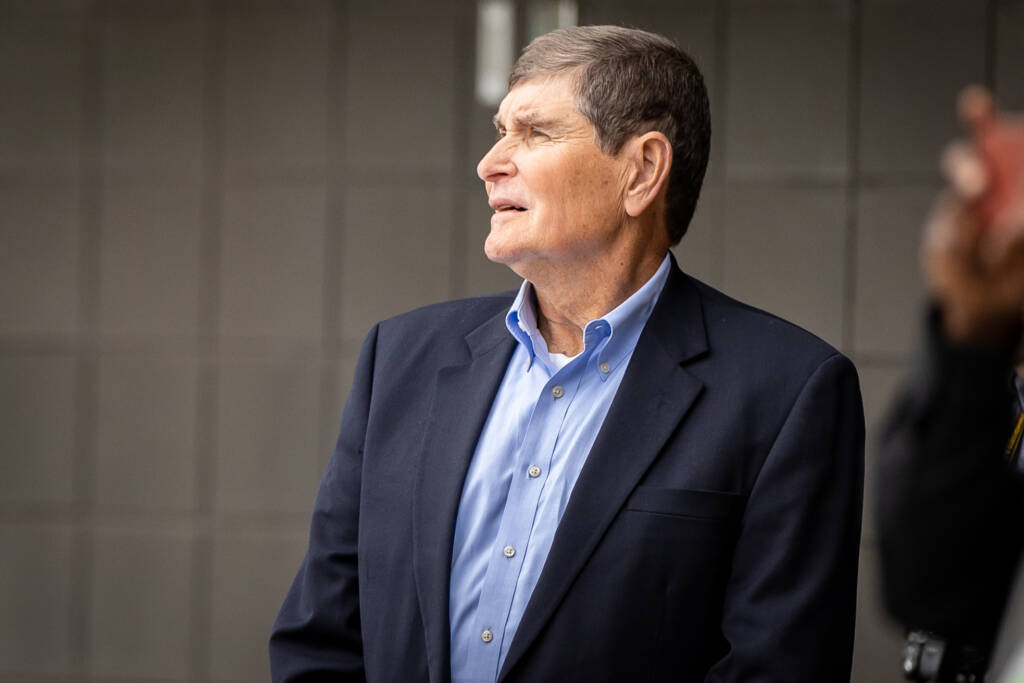 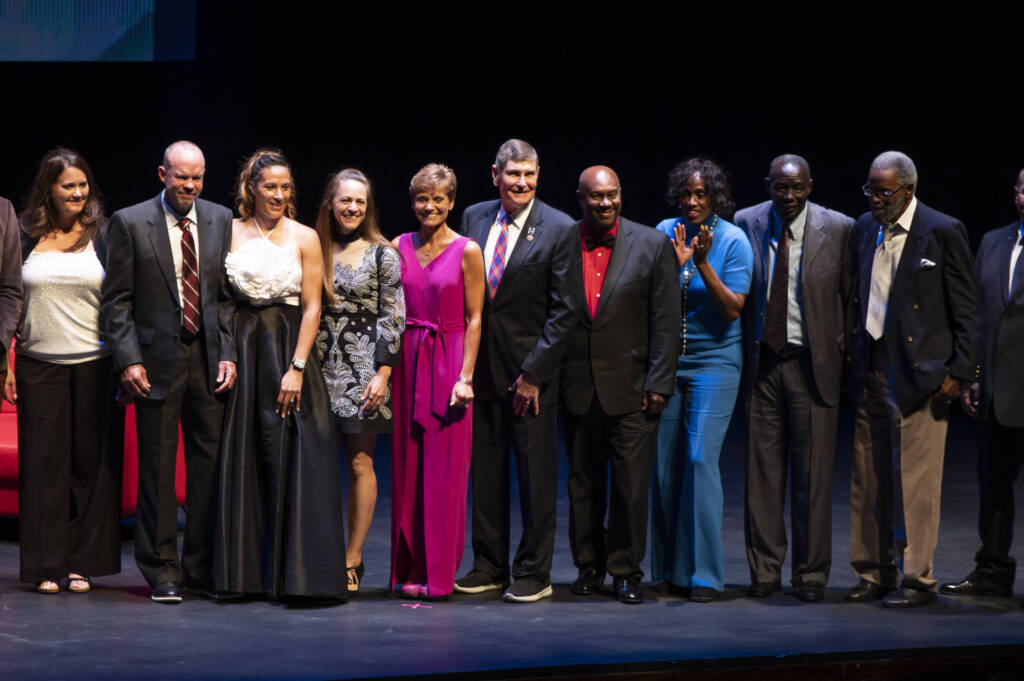 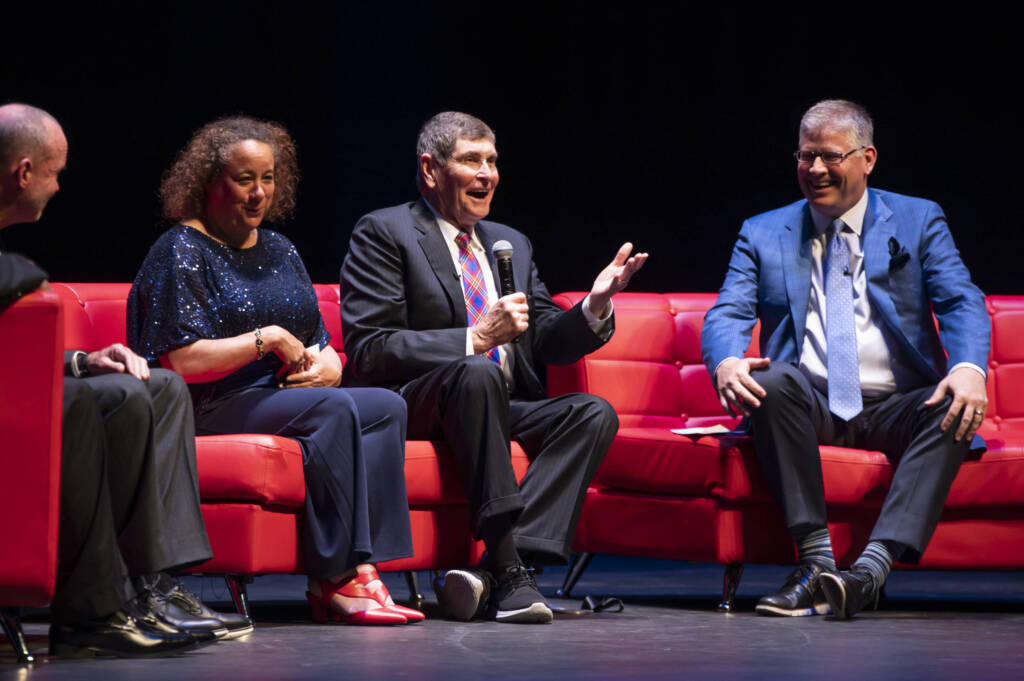 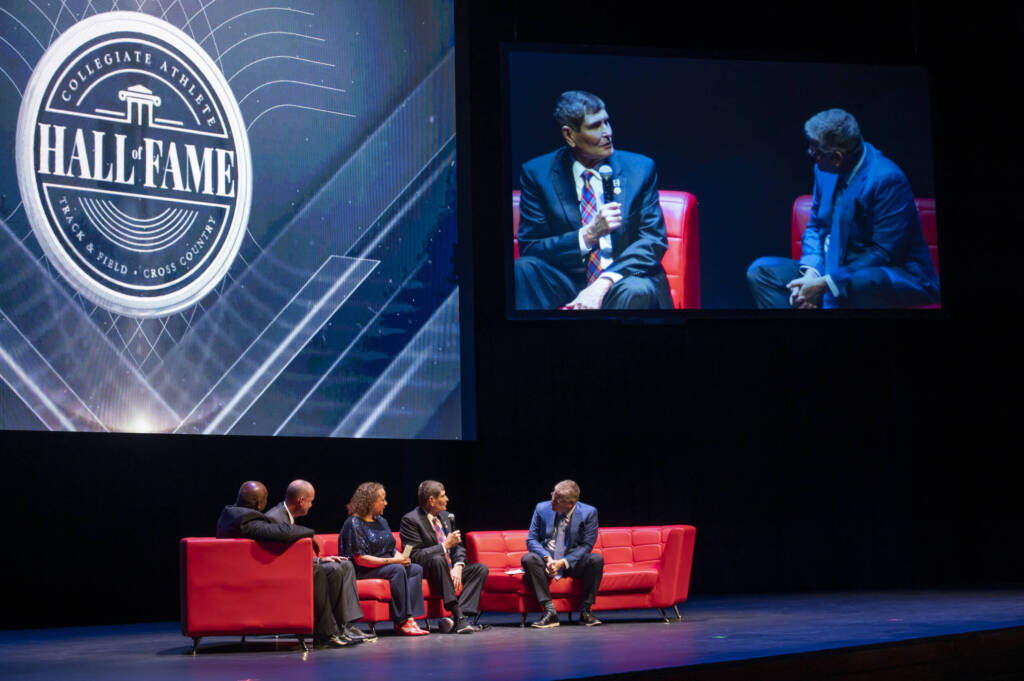 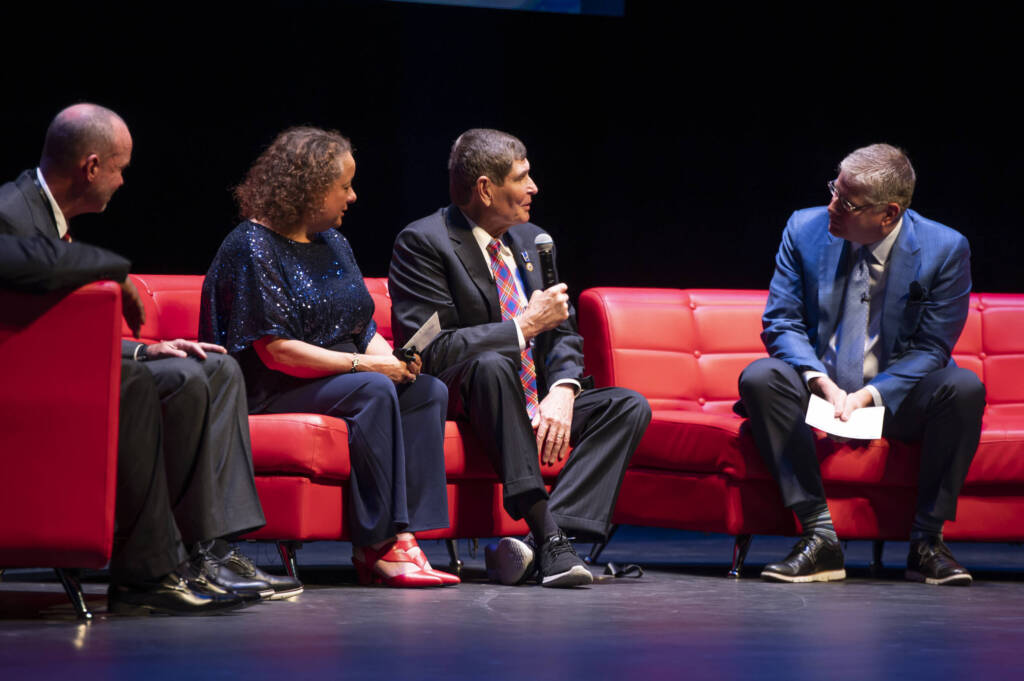 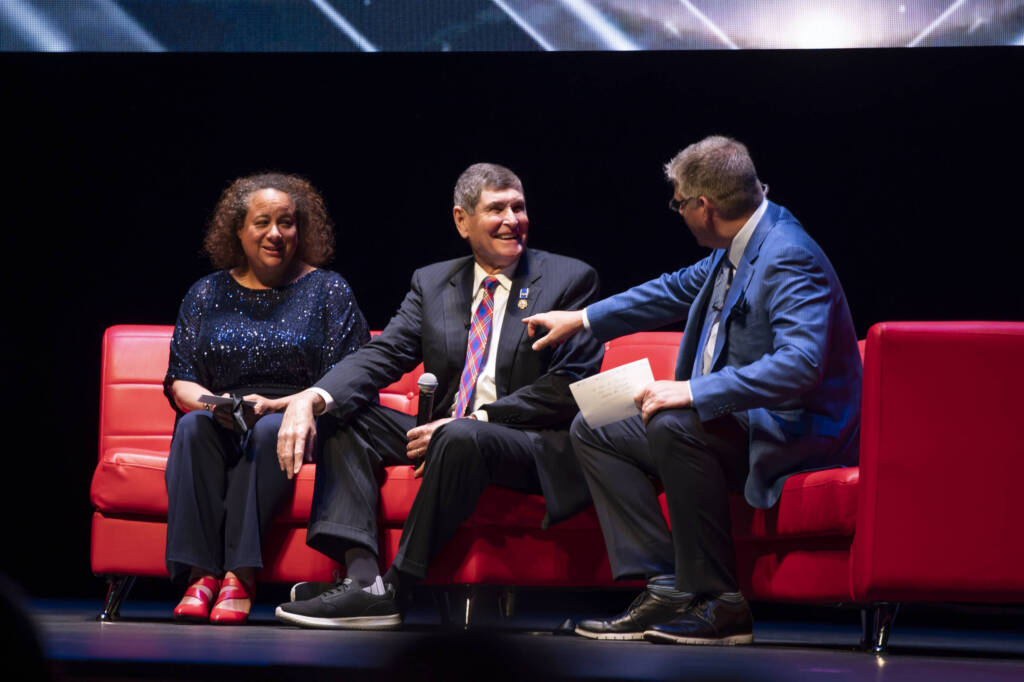 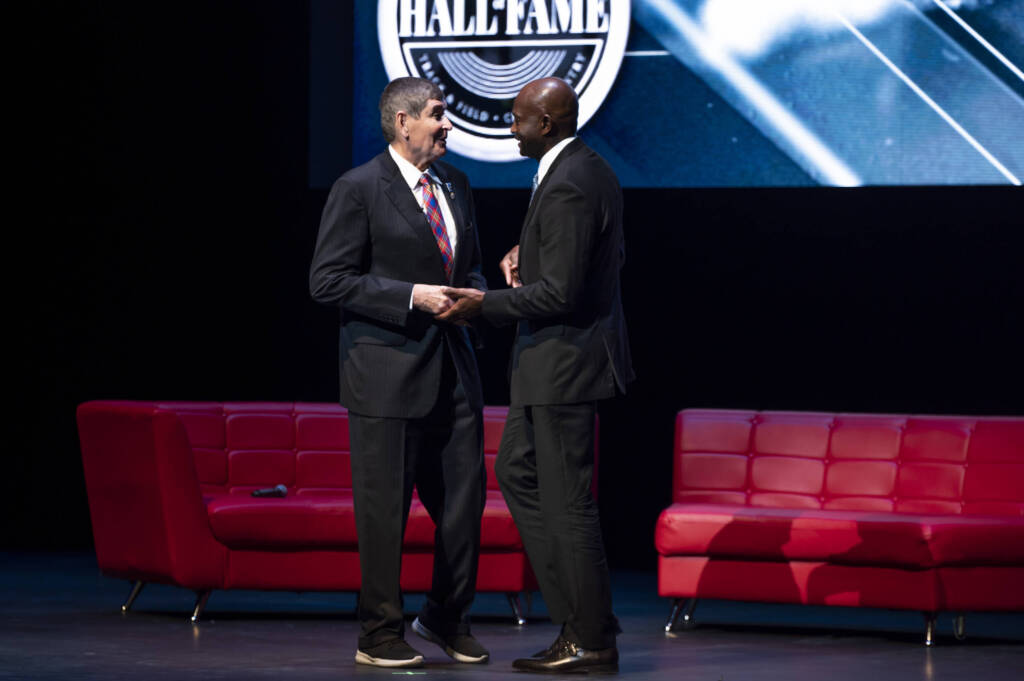 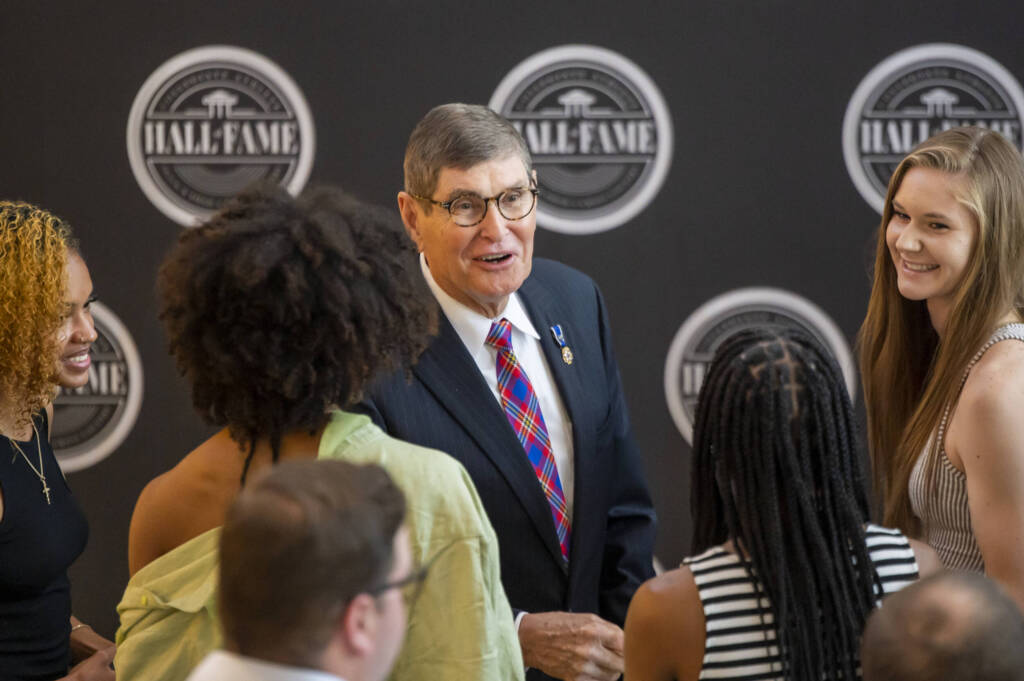 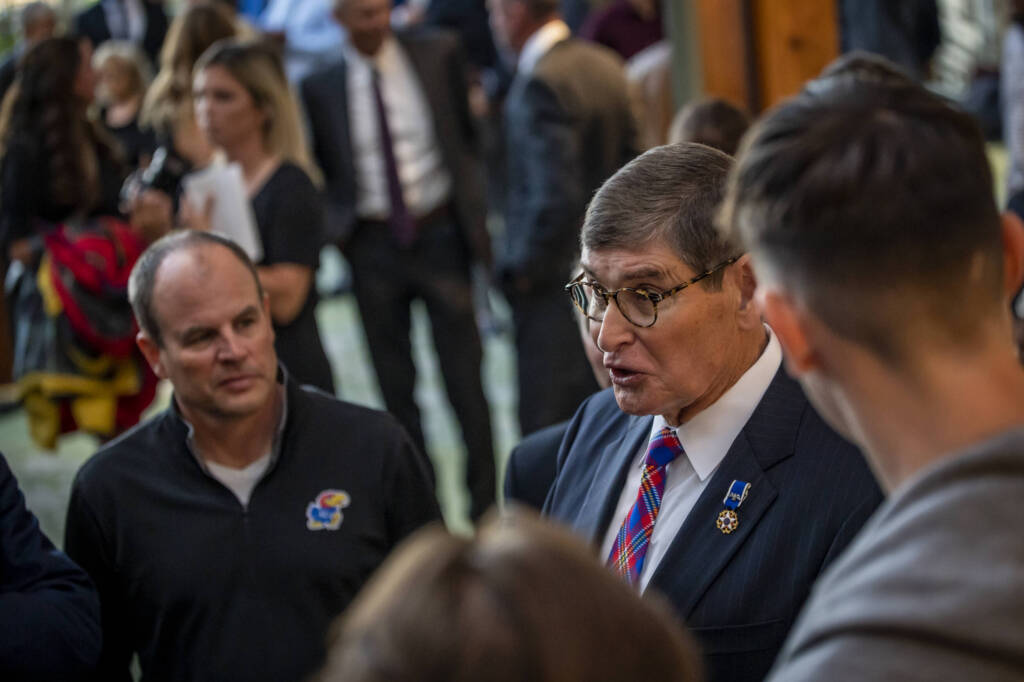 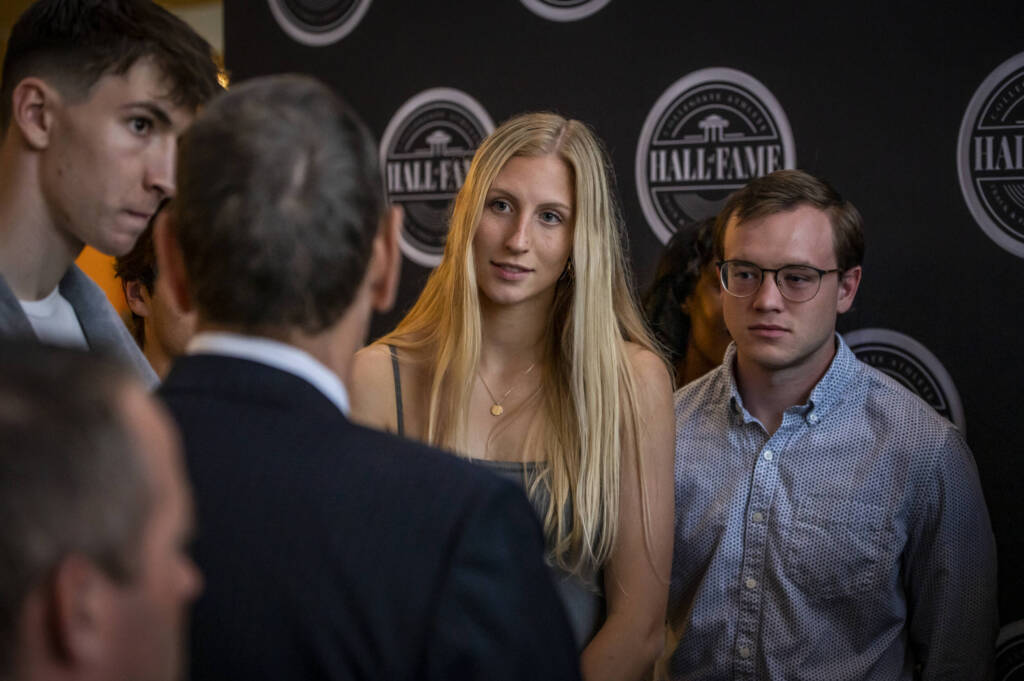 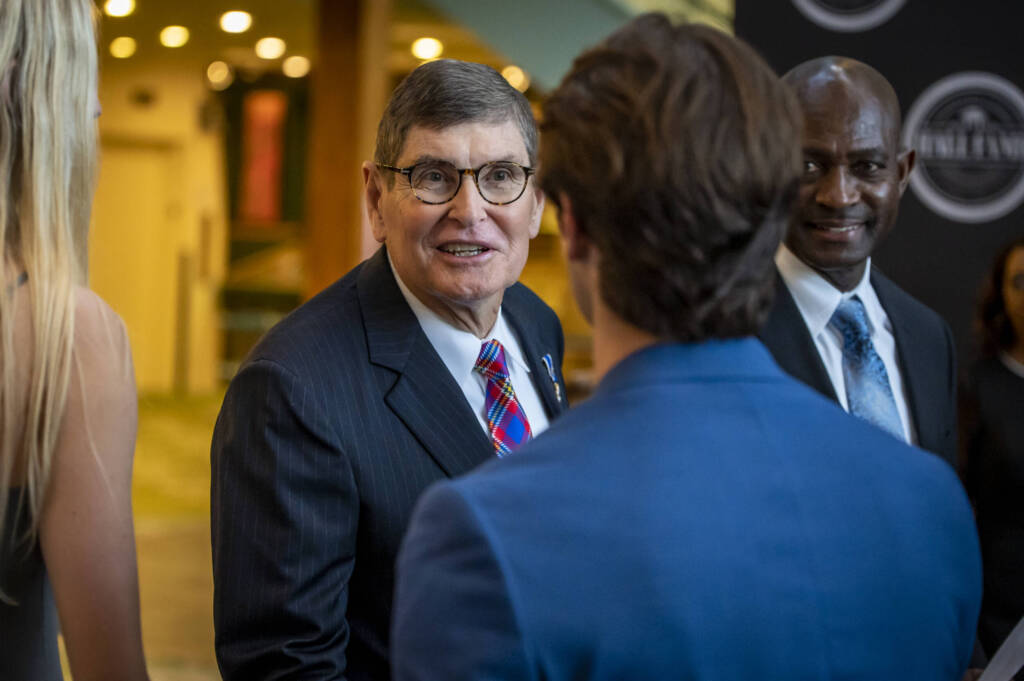 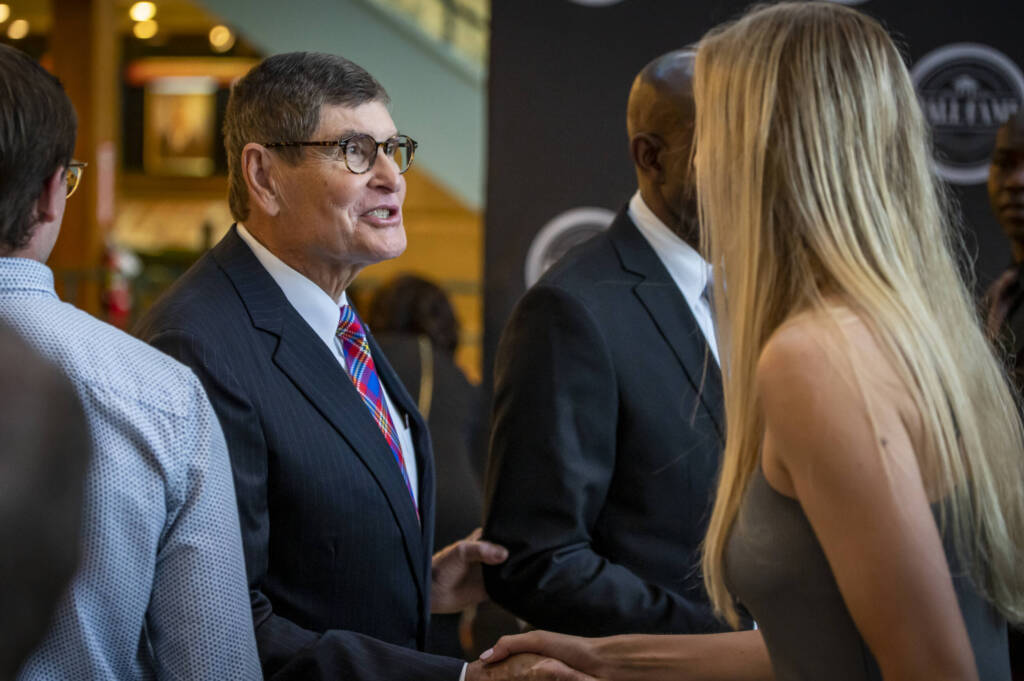 Ryun, one of track & field’s most prolific figures in history, attended KU from 1965-69, where he owned world records in the 880 yards, 1,500 meters, mile and two-mile runs and was a five-time (four indoor, one outdoor) NCAA Champion as a Jayhawk. Throughout his running career, Ryun was a six-time world record holder.

At the age of 17, Ryun became the first high schooler to run a sub-four-minute mile, which his record mark of 3:55.3 stood for nearly 36 years. As a high school senior, he was voted the fourth-best miler in the world and High School Athlete of the Year by Track & Field News and was later one of 30 athletes in the inaugural class inducted into the National High School Track & Field Hall of Fame in 2018.

Ryun, who was named Sports Illustrated’s Sportsman of the Year in 1966, was a three-time Olympian (1964, 1968, 1972). During the same year, the Wichita, Kansas native, was named the winner of the AAU Sullivan Award for the top amateur athlete in America. Ryun won the silver medal in the 1968 Olympic Games in the 1,500 meters and was a winner of three U.S. titles in the mile.  Ryun was inducted into the Kansas Sports Hall of Fame in 1977 and the National Track and Field Hall of Fame in 1980.

Along with Monday night’s ceremony, Ryun took in the sights of the 2022 NCAA Outdoor Championships and will be in attendance to cheer on the Jayhawks at the Championships.