🏀 Kansas Advances in NCAA Tournament with 93-84 over Eastern Washington

"It was a hard game. It was a great game to win in tournament. It’s great to advance. We got outplayed for the majority of the game today. They were better than us. Somehow or another we kind of hung in there and made some plays at the right time."

The Jayhawks started slow, with Eastern Washington jumping out to an early 9-0 lead. The Eagles’ Tanner Groves scored all nine of those points, before Kansas called a timeout to regroup. The Jayhawks would bounce back and take their first lead of the game at 14:08 of the first half at 16-15.

The Eagles relied upon brothers Tanner Groves and Jacob Groves, who accounted for 32 of Eastern Washington’s 38 points in the first half. Kansas trailed, 46-38 at the break.

Eastern Washington continued to go to the Grove brothers, as EWU lead by as many as 10 at the 17:58 mark of the second half.

The Jayhawks relied heavily upon McCormack, who scored 20 of his 22 points in the second half. In addition, Garrett stepped up by registering his third 20+ point game of the season and fifth of his career.

Down the stretch, Kansas was able to pull away from Eastern Washington to advance to the second round of the NCAA Tournament. The Jayhawks will take on the winner of (6) USC and (11) Drake on Monday.

Needing a push late, Kansas turned to McCormack in the final 10 minutes of the game. Tied at 66 with 9:11 to go, McCormack scored four straight points to put the Jayhawks up, 70-66. The Jayhawks used a total team effort down the stretch to beat the Eagles, 93-84. 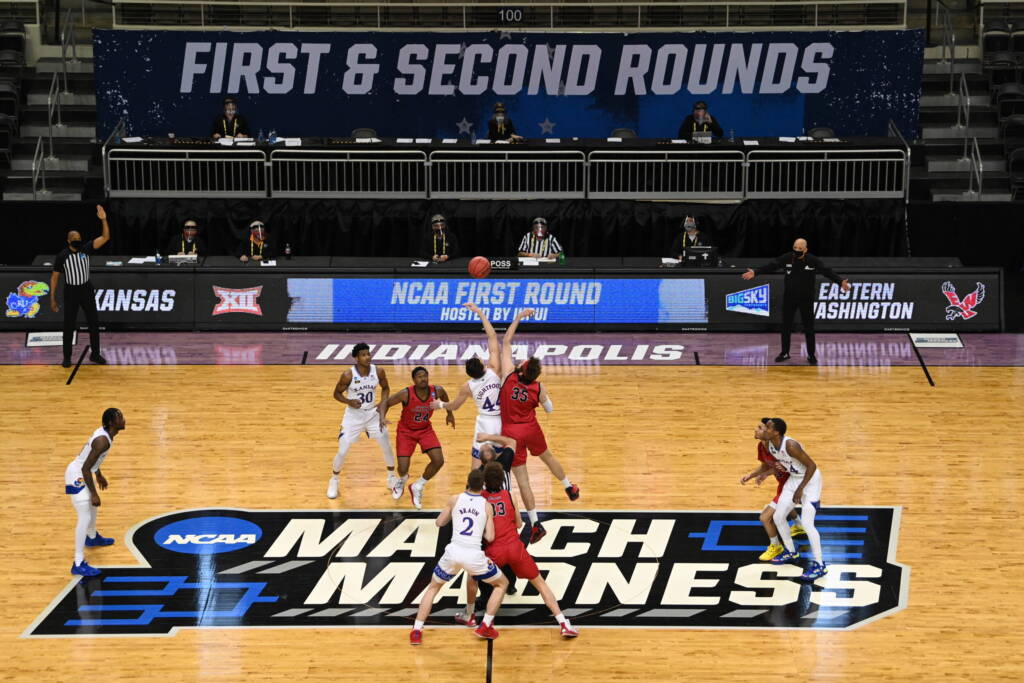 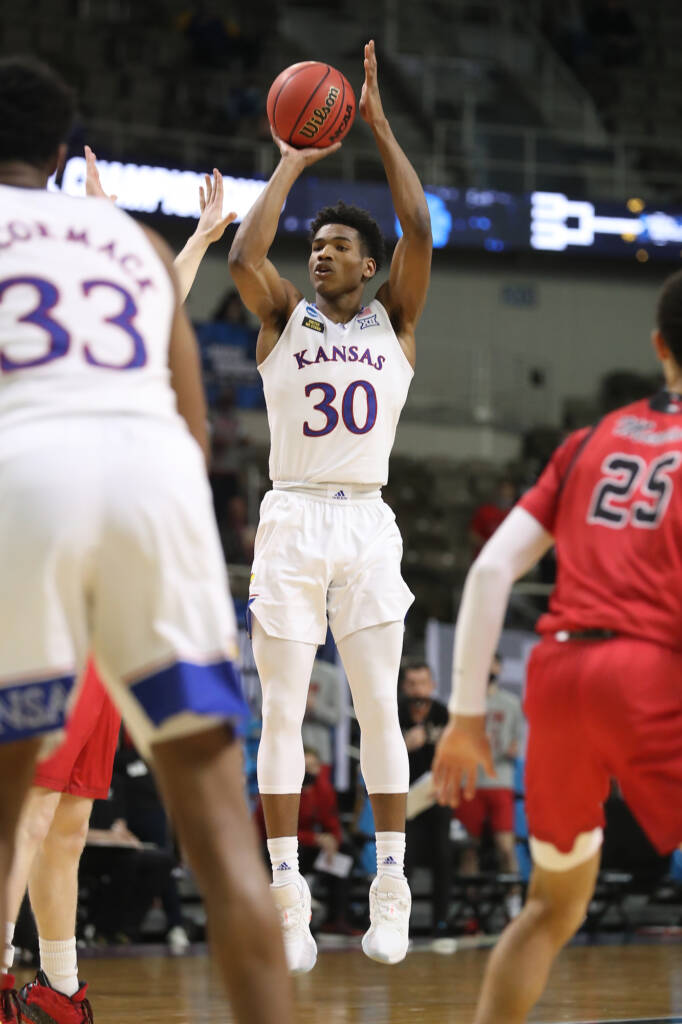 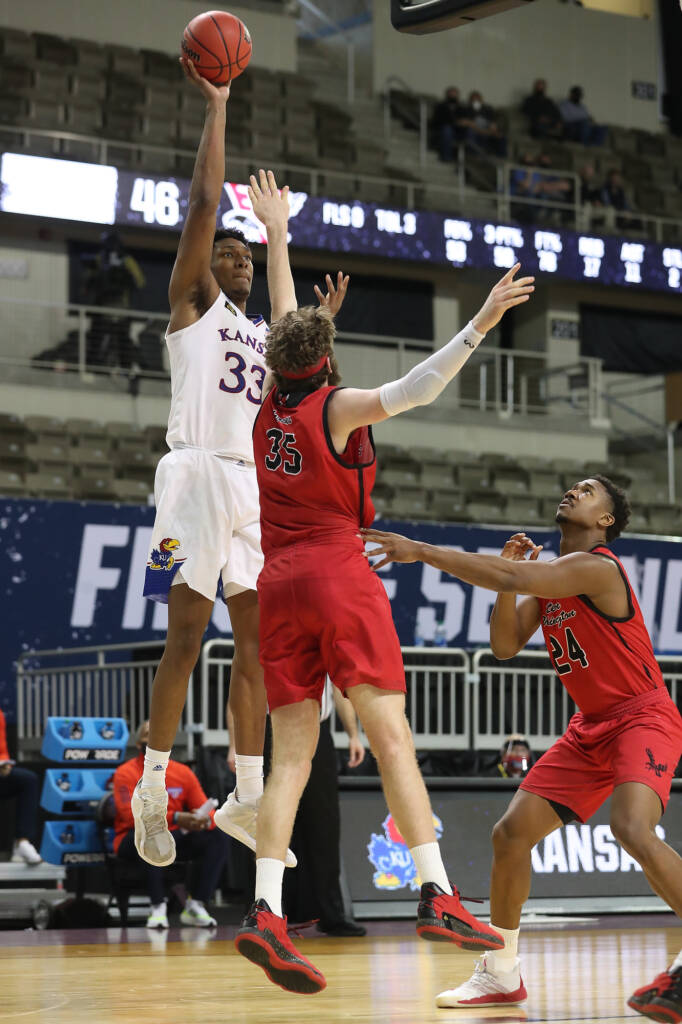 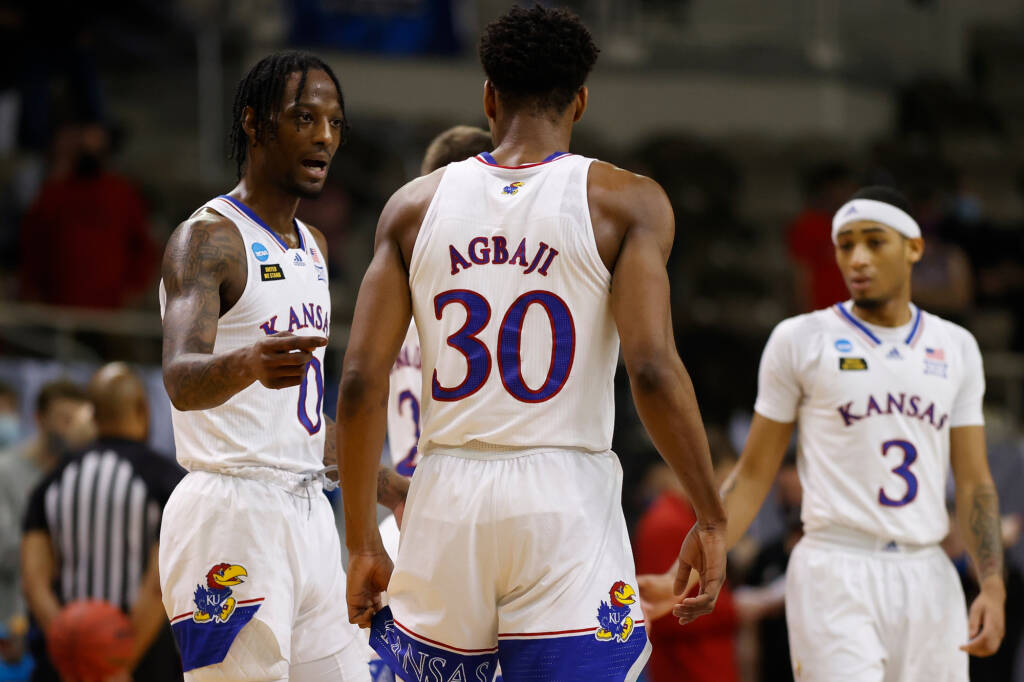 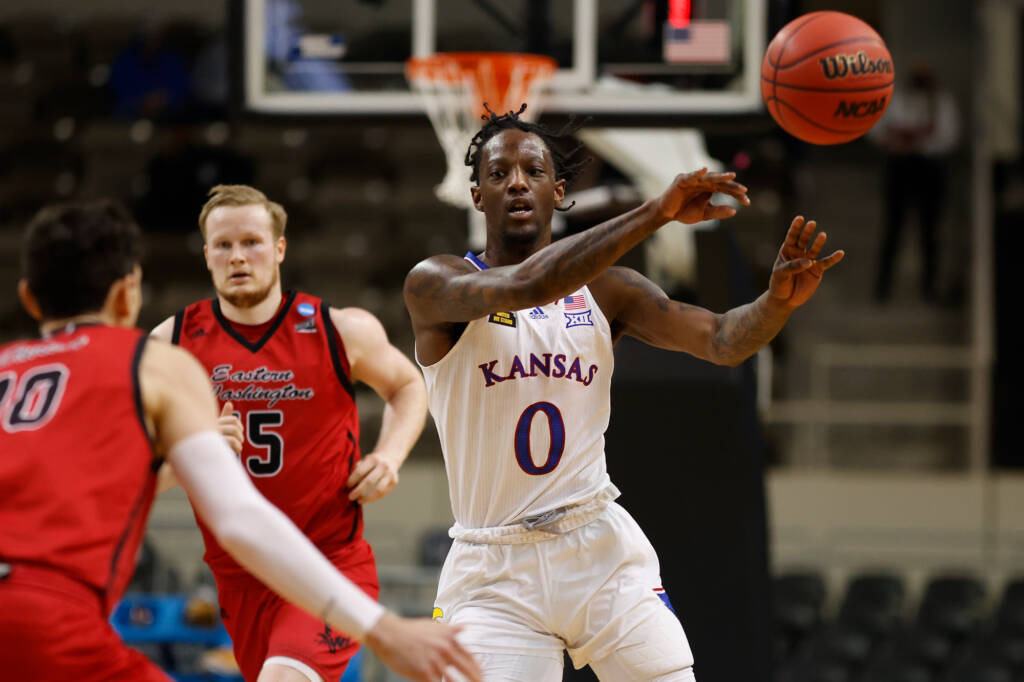 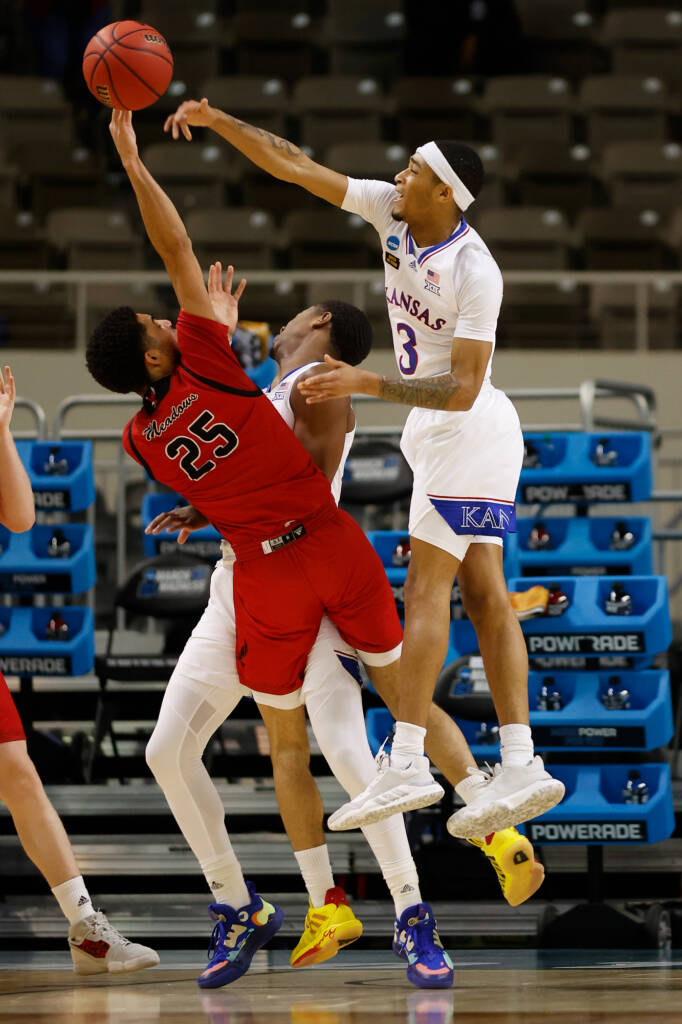 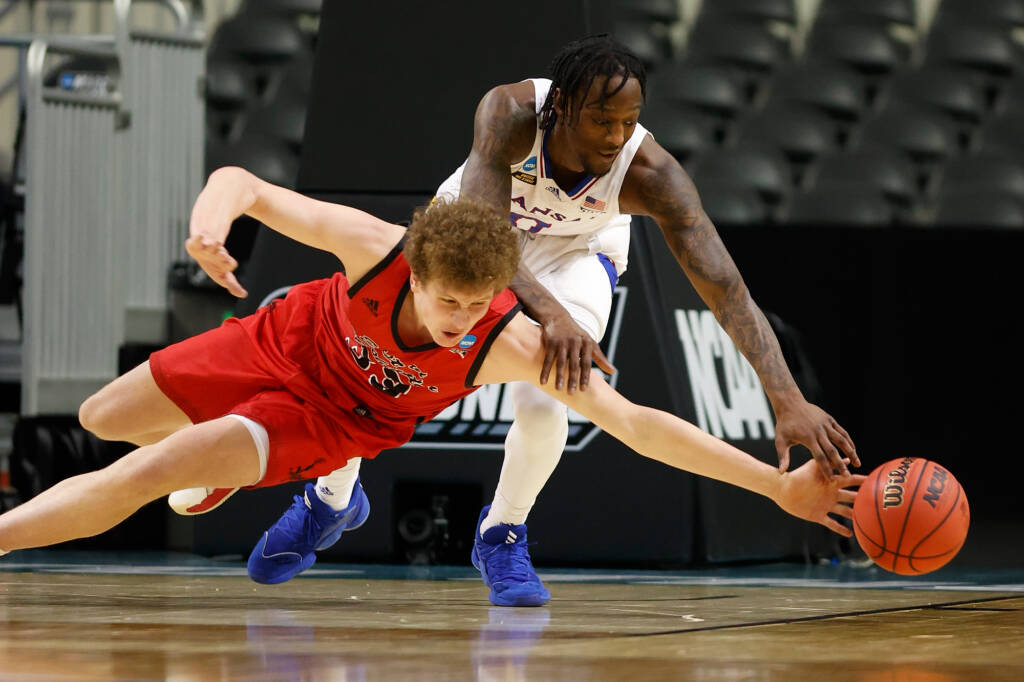 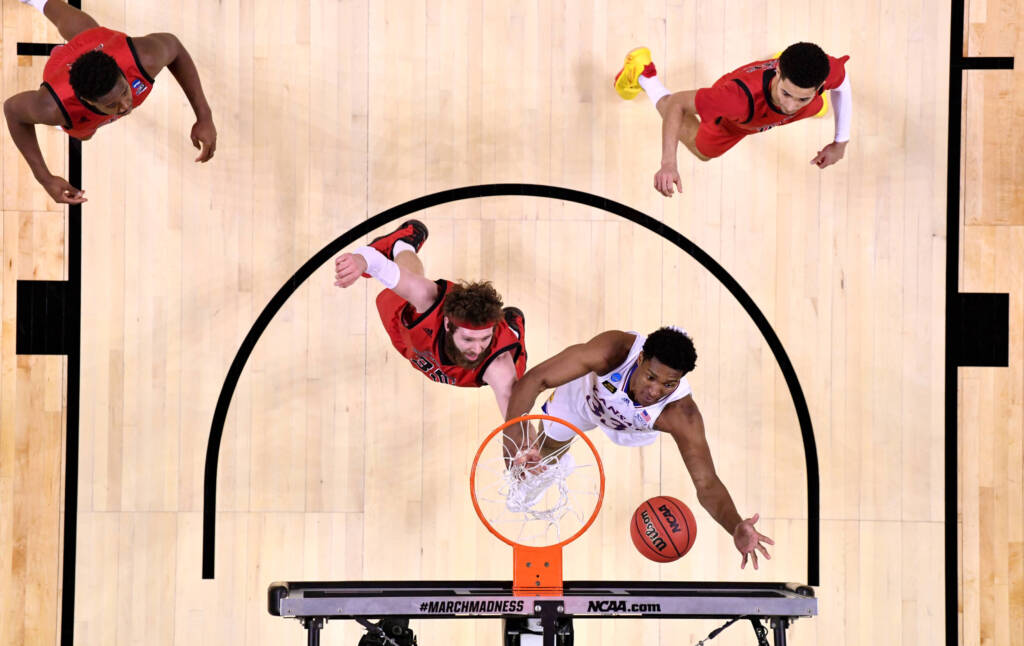 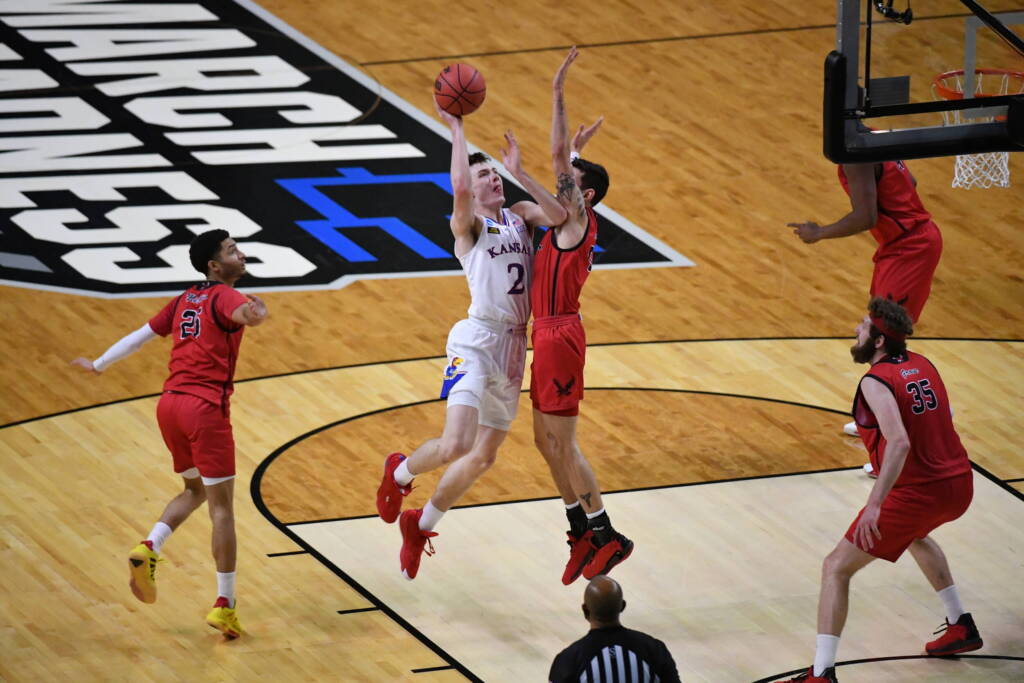 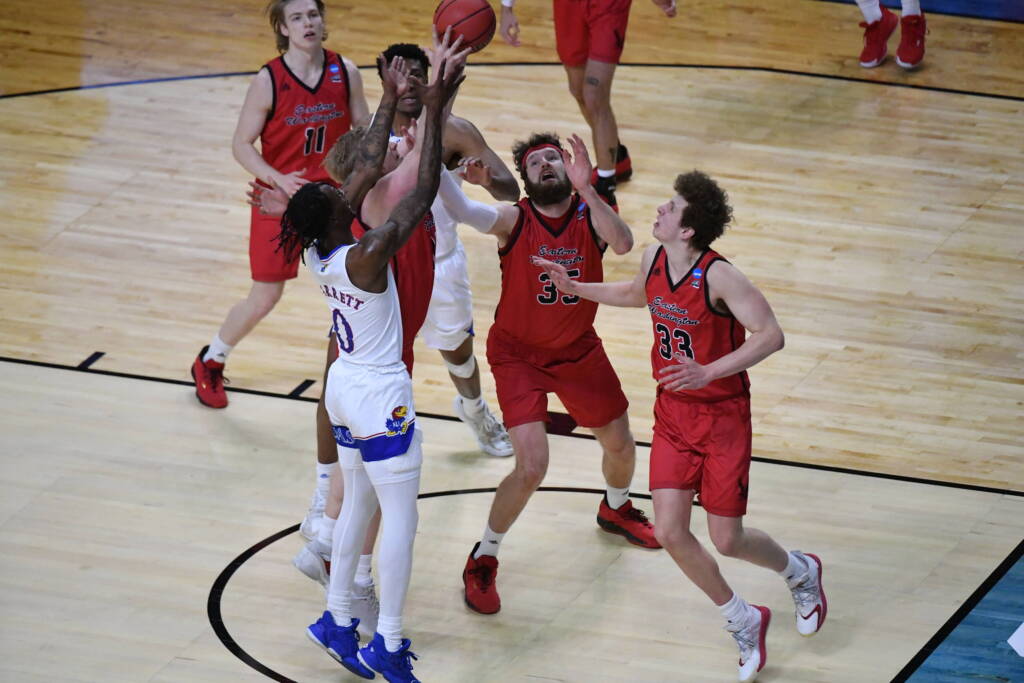 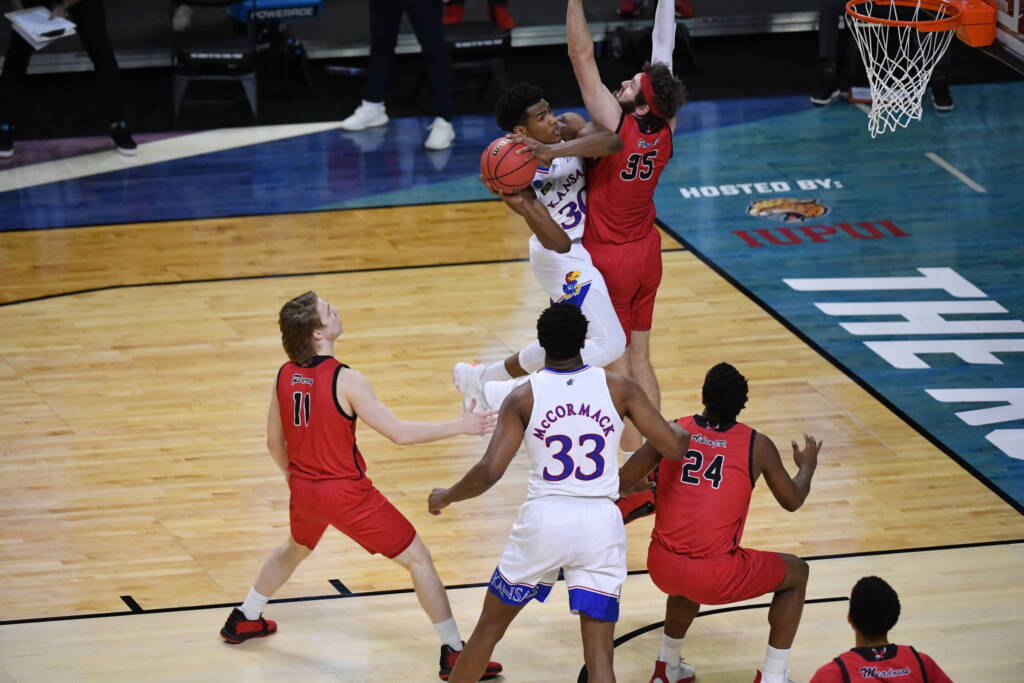 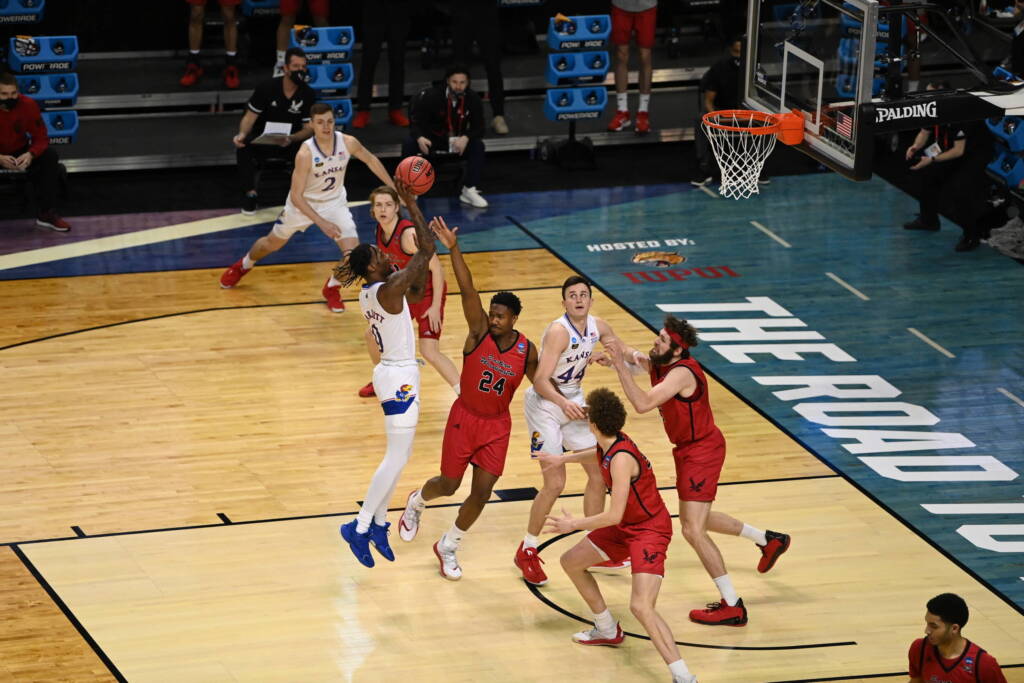 The Jayhawks will play (6) USC on Monday, March 22 in the second round of the NCAA Tournament. Time and venue will be announced at a later time.