Reed received the Frank Kara Leadership Award, NAAC’s premier award, Saturday at NAAC’s annual convention in Orlando, Fl. It is presented annually to a Compliance professional who demonstrates leadership and vision for compliance initiatives both among his or her compliance peers and beyond to other collegiate leaders on their campus, conference office, and/or at the NCAA. It is named in honor of former University of Minnesota Director of Compliance Frank Kara, who was a leader in the compliance field and who hosted the inaugural NAAC Workshop in 2006. Kara died of cancer in 2007 at the age of 40.

Reed has led Kansas Athletics’ NCAA Compliance efforts since December 2012 after serving over five years in a similar capacity at the University of Miami (Fl.), where he was also an adjunct professor in the undergraduate Sports Administration program. He serves as the lead on all NCAA Compliance-related initiatives, including researching and interpreting NCAA rules for coaches and staff members; preparing NCAA-related waivers; conducting NCAA rules-education sessions for coaches and staff, and supervising and reviewing all NCAA-related monitoring systems.

“We are pleased and proud that NAAC has chosen David for this prestigious award,” KU Director of Athletics Jeff Long said. “I have known David for years; his integrity, knowledge, work ethic and emphasis on compliance education are unfailing. We know that we are fortunate to have him on our team at Kansas, and it’s great to see him recognized on a national level.” 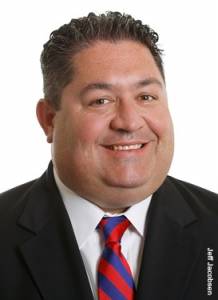 “I am honored to be named this year’s Frank Kara Award recipient,” Reed said. “This award is a testament to the support I have received from the leadership at the University of Kansas and the previous schools where I have worked. I am also fortunate to have teamed with some of the most talented Compliance professionals in the country.  Compliance is a universal team effort and I appreciate the commitment and cooperation from the administration, coaches, support staff, and the entire KU community.”

Reed originally attended Marshall University but later transferred in order to start his football coaching career at Woodrow Wilson High School in his hometown of Beckley, West Virginia. He completed a Bachelor of Science degree in Social Science from Kansas State University and a Master of Science degree in Athletic Administration from Marshall University. He also completed the Sports Management Institute (SMI) Executive Program.

Reed is a member of the National Association of Athletics Compliance Coordinators (NAAC). He is active in committee work for NAAC and previously for the NCAA. For his expertise in Compliance, Reed has served as a presenter at multiple NAAC conventions and multiple conference-affiliate seminars throughout the years.

Prior to his career in intercollegiate athletics, Reed worked in sporting goods retail while coaching. Following high school, Reed served in the 4th Combat Engineer Battalion of the United States Marine Corps. Reed has also been an adjunct instructor teaching undergraduate courses in several sports management topics at both the University of Miami and the University of Kansas.