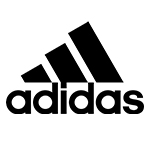 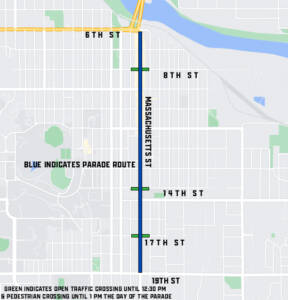 Come celebrate the Kansas Basketball National Championship with the rest of Jayhawk Nation. The parade will feature the Kansas Spirit Squads, Band and basketball team on Mass Street from 6th to 19th. Mass Street will be unavailable to vehicle north and south traffic starting at 3 a.m. on Sunday morning until roughly 2 hours after the end of the parade. Starting at 11 a.m. on Sunday, fans can park on campus in Lot 90, Burge Union and the Computer Center to catch shuttles downtown for the parade.  Shuttles will run up to an hour post parade. For a full schedule of Wave the Wheat Weekend events, see below.

Two ADA viewing areas will be available on the parade route at the intersection of Mass St. and North Park Drive.  Accessibility from the West will be to ride a paratransit shuttle from Lot 90, Burge Union, or Price Computer Center parking lots to drop off location at 11th and Vermont.  The ADA viewing area is a short distance from the drop off point just south of North Park St.  Accessibility from the East will be parking in the ADA stalls of the Law Enforcement center and the ADA viewing area is a short distance just to the North of North Park St.

Be sure to check out a great selection of Kansas National Champions merchandise at the Allen Fieldhouse store, 23rd & Iowa, and all your other favorite Rally House locations.