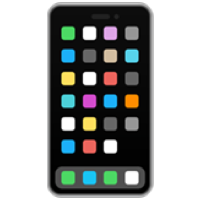 LAWRENCE, Kan. – Kansas swimming and diving will host the best long-distance swimmers from around the country on Friday, September 17 at Lone Star Lake for the College Swimming Coaches Association of America (CSCAA) National Open Water Championships.

At the 2019 version of the CSCAA Open Water Championships, Kansas placed second overall as a team in the women’s race with 40 points. Senior Jenny Nusbaum led the way for the Jayhawks with a seventh-place finish.

The 5,000-meter race (3.1 miles) will consist of a three-loop swim with the women’s race beginning at 8:30 a.m., and the men’s  competition beginning at 10:30 a.m. One individual from each race will be crowned a CSCAA national champion. In addition, the top-eight from each event will be honored, along with the top team from each race.

Scoring will be as follows:

Admission is free and fans are encouraged to come out to Lone Star Lake Friday morning to support the team. Parking will be available in the lot above the beach and access to the shoreline and road will be nearby using the staircase.