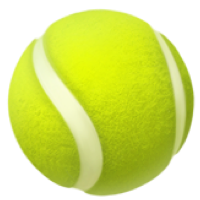 In North Carolina, the Jayhawks were paced by their doubles teams, with Sonia Smagina and Tiffany Lagarde paired together, as were Malkia Ngounoue and Mariana Velasquez. Smagina and Lagarde won all three of their matches on Friday and Saturday, including a ranked win over #15 Sanford and Tran of North Carolina, to reach the finals, where they were taken down by Starodubteseva and Sasnouskava of Old Dominion 7-6 (6). Ngounoue and Velasquez went 2-2 in doubles play, including wins over teams from Virginia and LSU.

In singles action, Smagina went 2-0 on Friday and defeated Lindsay Zink of UNC on Sunday to finish 3-1 at the event while Ngounoue was 2-0 on Friday before dropping a pair of three-set matches over the final two days. Lagarde and Velasquez each picked up one victory on the weekend in singles action.

The next action for Kansas Tennis begins next Saturday, October 2nd, at the ITA All-American Championships, an event that will be played in Charleston, S.C., and last until October 10th.